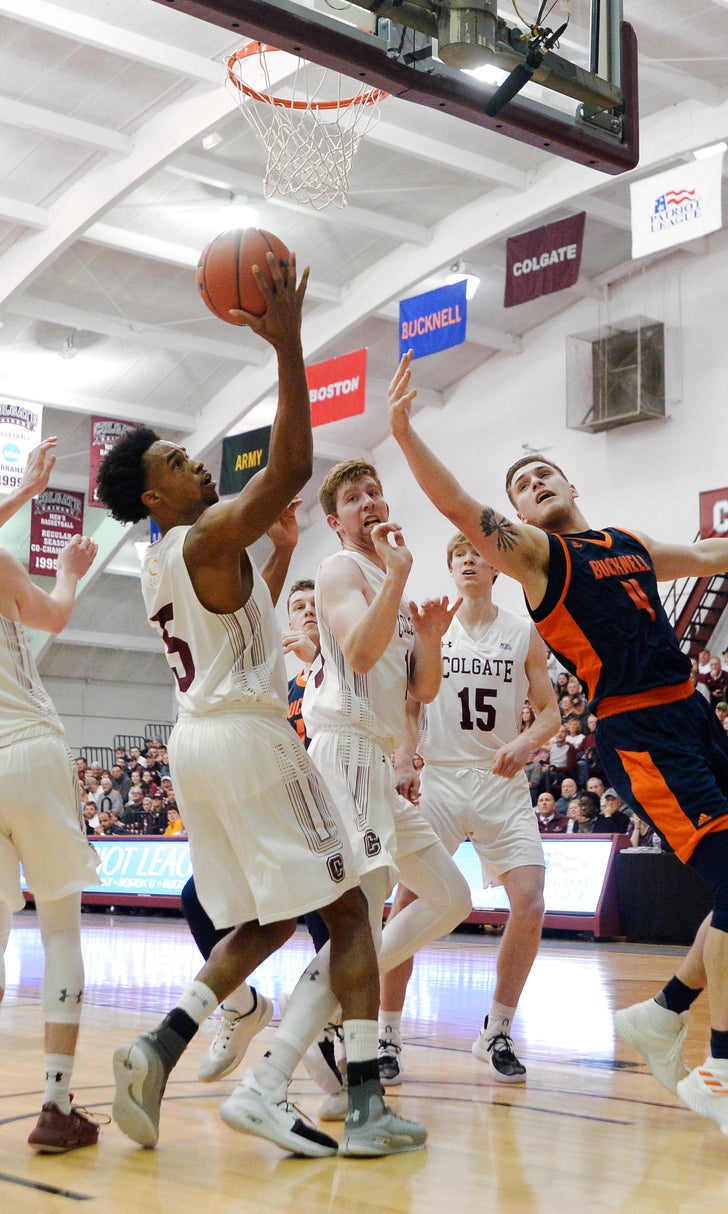 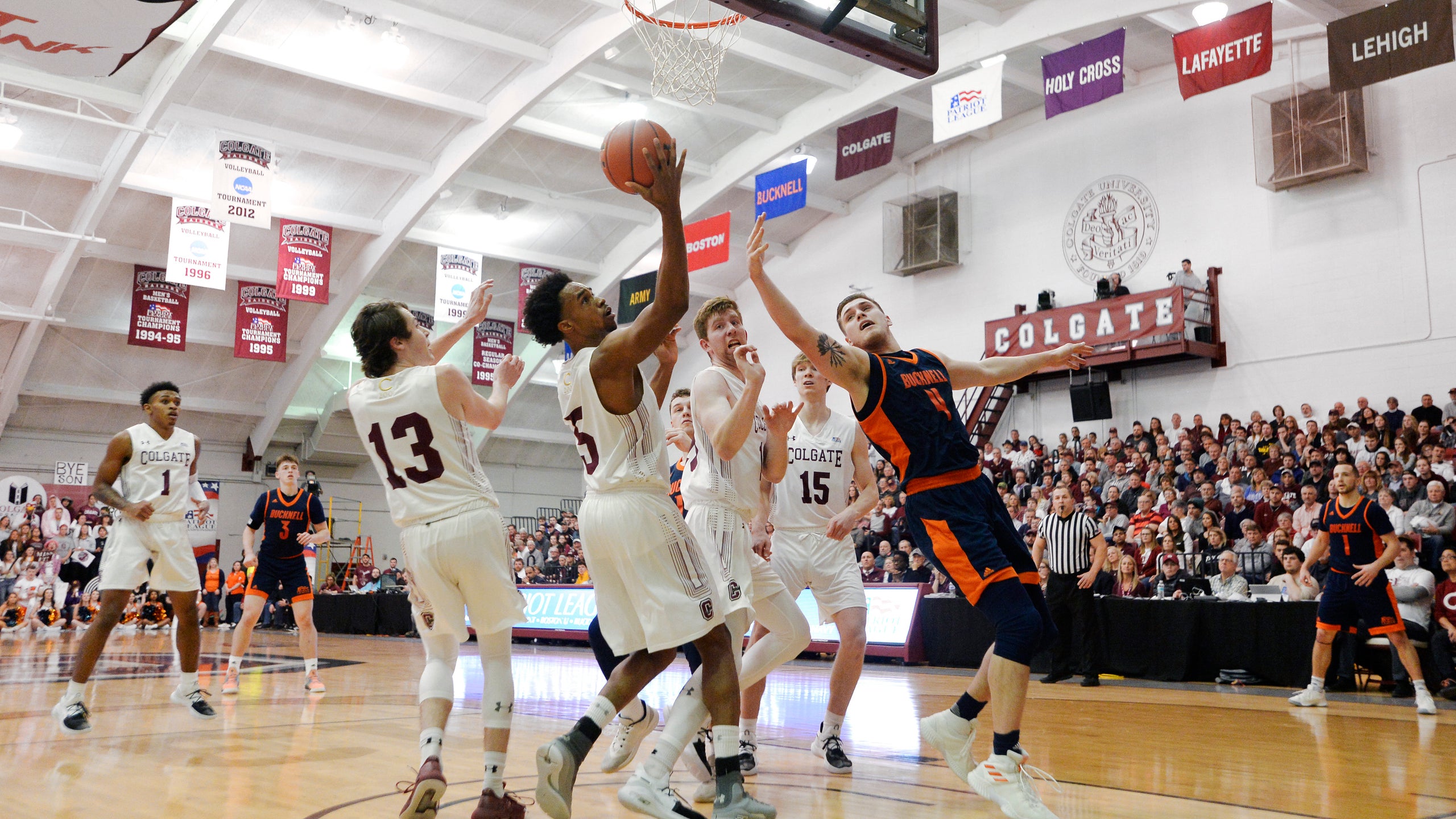 HAMILTON, N.Y. (AP) — Colgate survived Hurricane Mackenzie and now the Raiders are in the NCAA Tournament for the first time since 1996.

Jordan Burns had a career-high 35 points and Will Rayman added 18 to lead top-seeded Colgate to a 94-80 victory over No. 2 Bucknell in the championship game of the Patriot League Tournament on Wednesday night.

"I'm thrilled to be their coach and to have this win go down in Colgate history," Colgate coach Matt Langel said. "For me it means a lot. Obviously, we don't have a ton of history and tradition. I'm really proud of the program that we've built.

"This isn't a flash in the pan. We lost in the championship game a year ago. A couple of years ago we lost in the semifinals. This culture isn't going away."

Colgate's 43-30 halftime lead had evaporated to a mere two points at 50-48 with just under 16 minutes to go, thanks to an incredible shooting display by Bison senior guard Kimbal Mackenzie. He had 16 of his team's first 18 points after intermission, including 4 of 4 from beyond the arc.

Playing before a frenzied, sold-out, standing-room crowd at tiny Cotterell Court, the Raiders kept their composure.

"Kimbal Mackenzie's as tough of a competitor as there is. You know he's not going to go down without a fight, and he found a way to get his team right back into the game," Langel said. "I have to credit our guys for really staying unflappable. We stuck to our plan of playing tough and playing together and taking what the defense gives you."

The victory avenged Colgate's championship game loss a year ago at Bucknell. The Bison won that matchup 83-54.

"It doesn't feel good when there's a guy that nobody can guard," Burns said. "Our coach, his message is always, 'Weather the storm. When things are bad, stick together.' We weren't really rattled. You get a little disheartened when someone is hitting shots like that, but we knew how hard we worked to get to this moment and we weren't going to give it up."

Rapolas Ivanauskas added 12 points for the Raiders, whose 24 wins also are a school record.

"I was just playing in the flow, just taking the opportunities I had, nothing different than any other way I'd approach the game," Mackenzie said. "I just happened to be open a couple of times. You just get into your groove. The net gets a little bigger. It's hard to describe."

Colgate answered Mackenzie's blitz with an emphatic run, scoring six straight as part of a 23-10 spurt to take a 73-58 lead with 8:25 remaining. Burns scored 11 points during the game-breaking rush, including consecutive 3s in a 40-second span.

A hook shot by Rayman gave Colgate its biggest lead at 78-59 with 6:50 to go and the Raiders were never headed.

"It was obviously a big stretch there," said Bucknell coach Nathan Davis. "We got it down to two. After that we hung around but made a couple of mistakes. They hit three straight 3s and it was too much of a hole to overcome."

"The goal was to get back to this game and have it here and win it."

Bucknell: It was a disappointing ending for the Bison, who seemed to have all the momentum after climbing to within two. They now await an invitation to the postseason.

Colgate: Euphoria is the word in Hamilton and Jordan Burns is the toast of the town as the Raiders await their first-round matchup in the NCAA Tournament.

Patriot League
share story
those were the latest stories
Want to see more?
View All Stories
Fox Sports™ and © 2021 Fox Media LLC and Fox Sports Interactive Media, LLC. All rights reserved. Use of this website (including any and all parts and components) constitutes your acceptance of these Terms of Use and Updated Privacy Policy. Advertising Choices. Do Not Sell my Personal Info