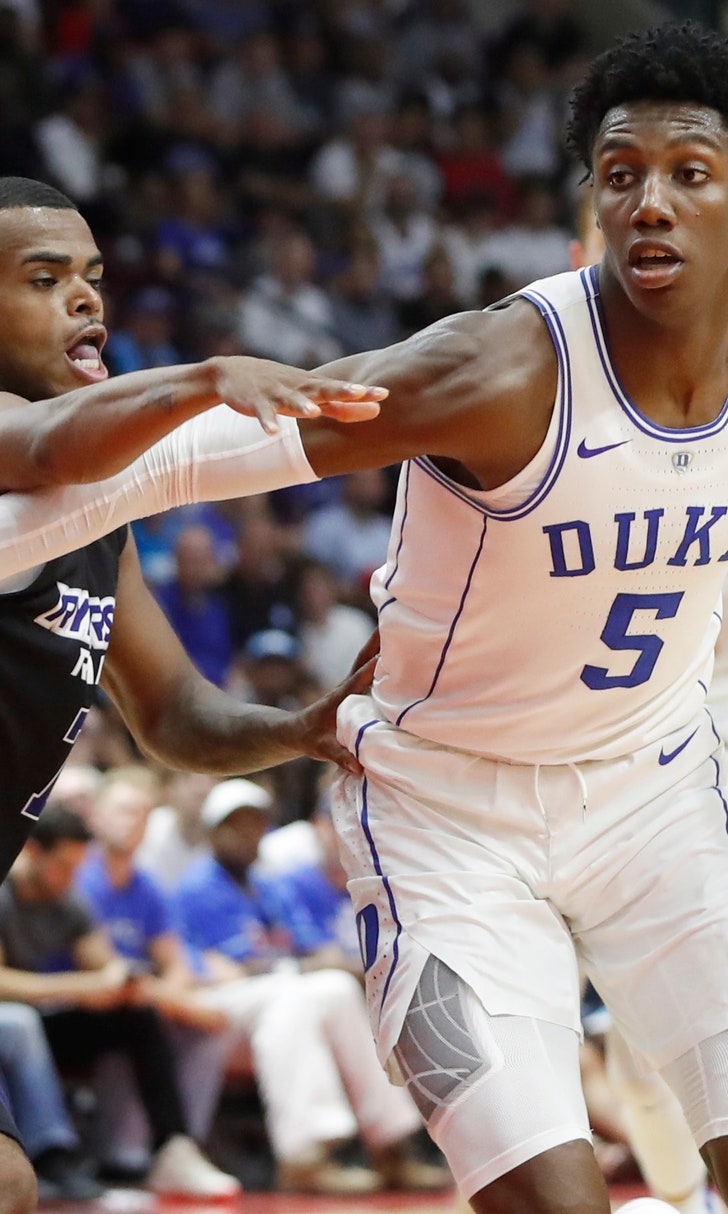 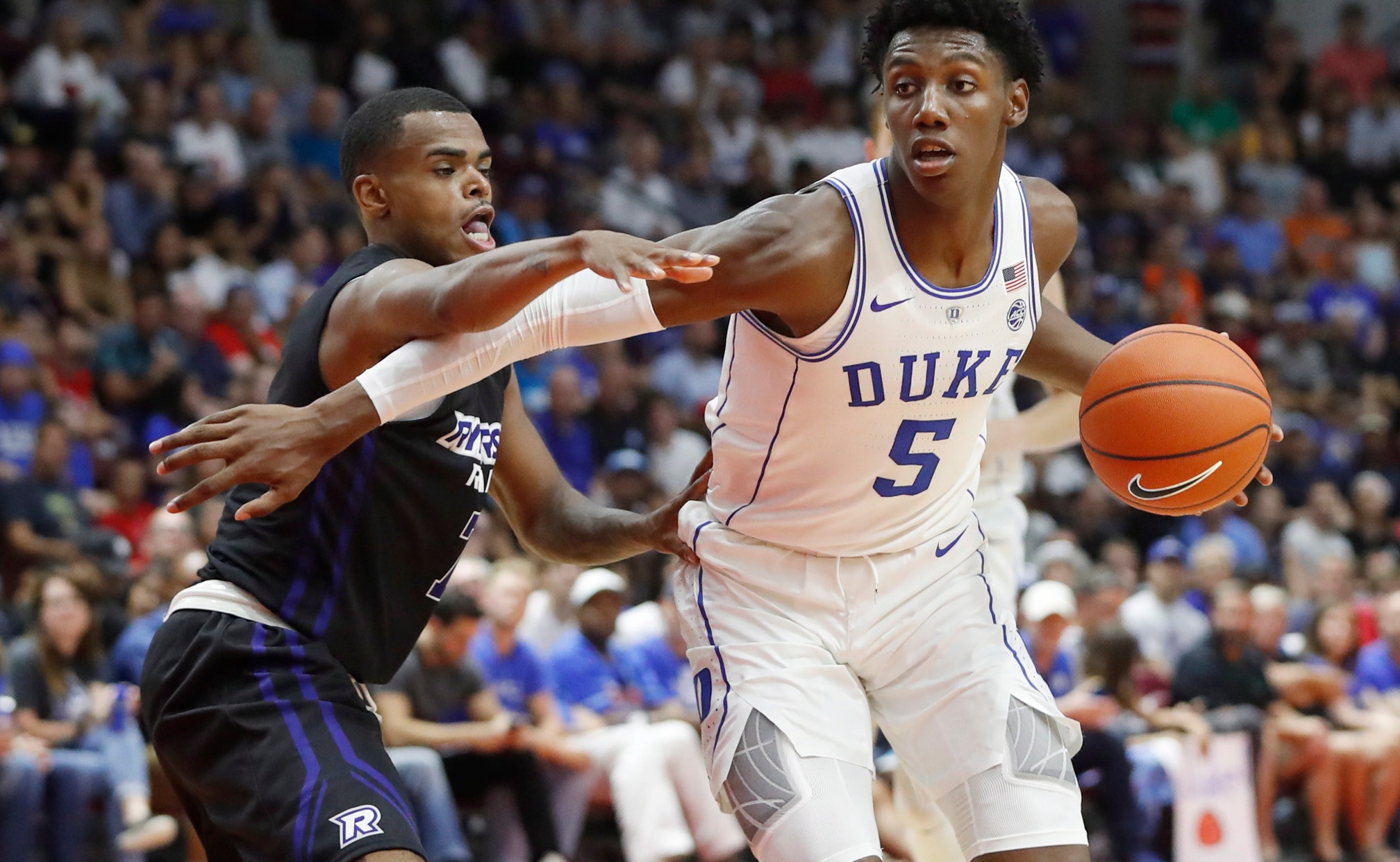 "It was great to get to go out there with my brothers in my hometown. It was special for me," Barrett said. "A lot of excitement, a little nervous with it being the first time wearing a Duke jersey. But for me, playing in front of the fans is great. I got to see mom and dad in the crowd and everybody in Canada. It was cool."

NCAA rules permit teams to take an international trip once every four years. The Blue Devils will play the play the University of Toronto on Friday, then head to Montreal to face McGill on Sunday.

The 6-foot-7 Barrett won both Gatorade and Naismith player of the year awards last season in helping Florida's Montverde Academy to an undefeated season and U.S. high school title. He also led Canada's U19 team, coached by Ryerson's Roy Rana, to a gold medal at the 2017 U19 world championships.

"I told R.J. at the end of the game in the handshake line, it's nothing but love," Rana said. "I want to see him do well."

Barrett found Williamson with a half-court lob for an alley-oop that brought the crowd to its feet.

"Those two kids, they're all about winning. They get it," Duke coach Mike Krzyzewski said.

"I don't think he's a kid that ever gets nervous and he's never afraid but he's excited. He's proud," Krzyzewski said. "He's represented Canada internationally and this is his home. He's proud to be at Duke. He's proud, proud, proud about so many things, and you want to play great. I thought he played really well but he'll play even better as this moves along."