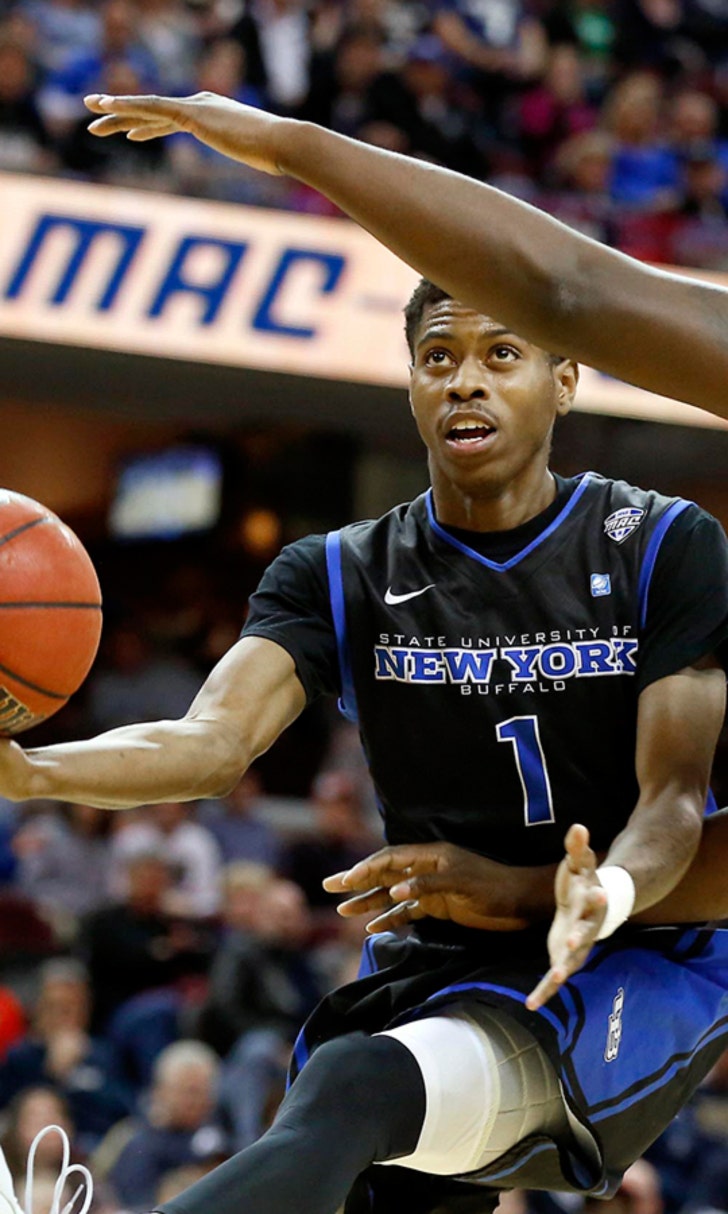 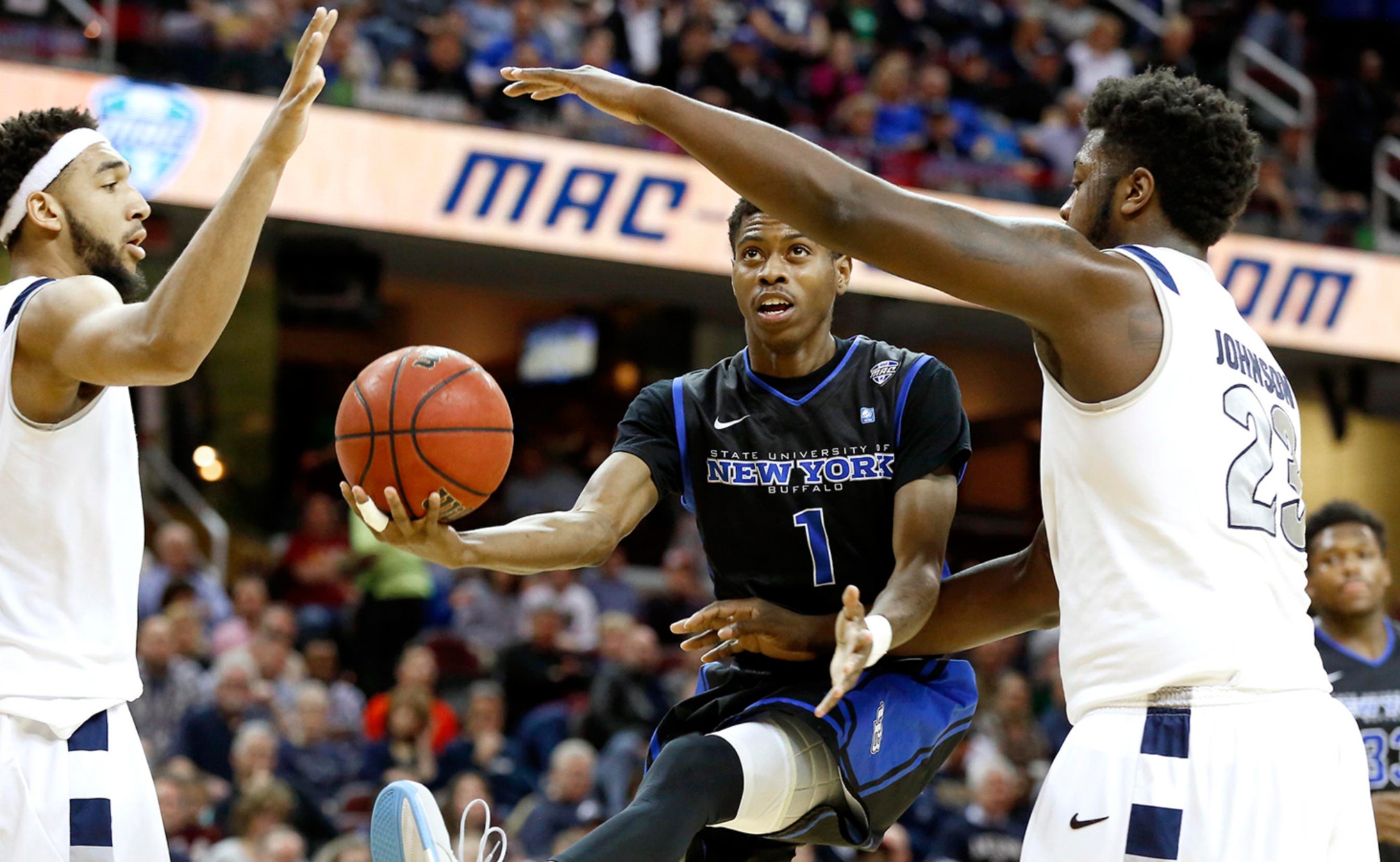 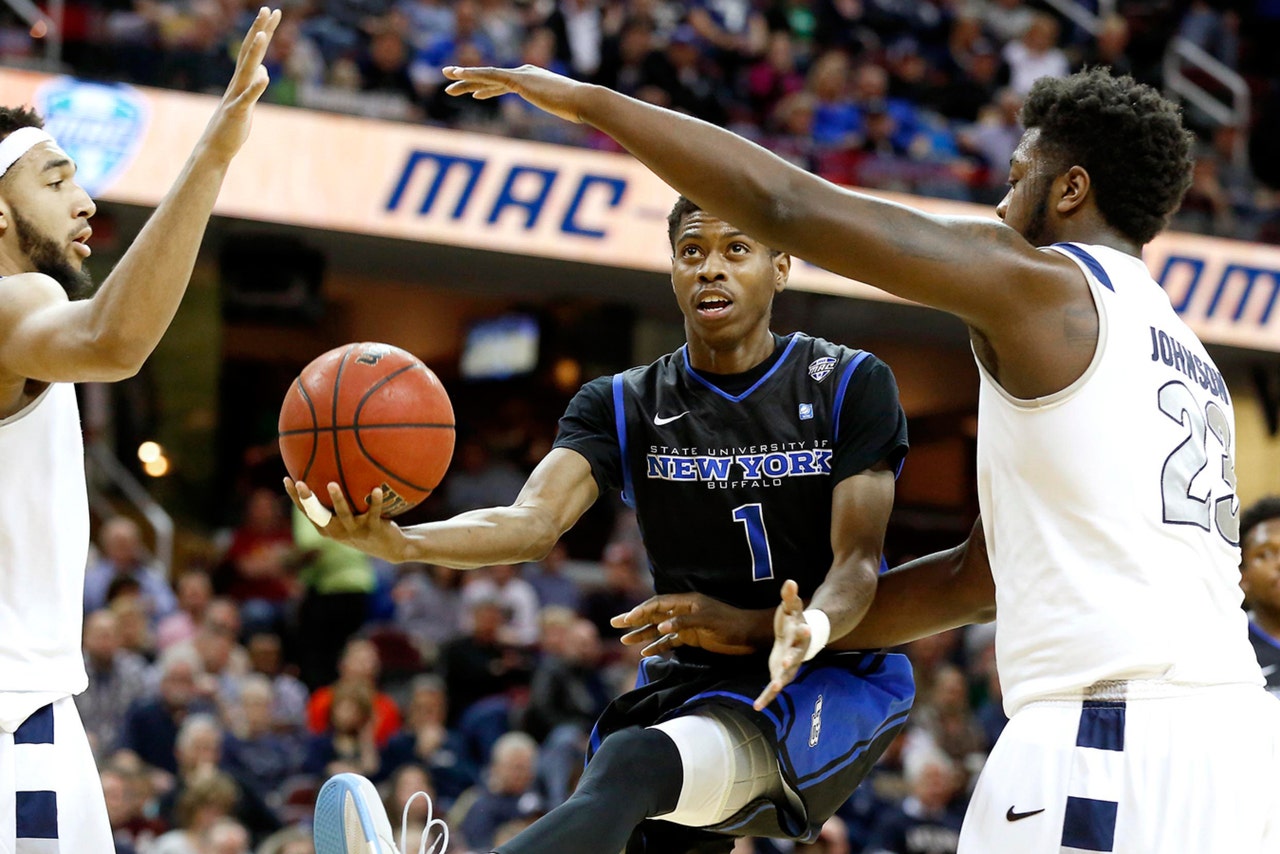 CLEVELAND (AP) -- Blake Hamilton made a 3-pointer with 2 seconds left as Buffalo defended its Mid-American Conference title -- and pulled off a rare double for the school -- with a 64-61 win over Akron in the title game on Saturday night.

Hamilton's shot from the right wing sent the third-seeded Bulls (20-14) back to the NCAA Tournament for the second straight year. This was supposed to be a rebuilding season after Buffalo lost its coach and two of its top players. But the Bulls are stampeding into the NCAAs again and so are Buffalo's women, who beat Central Michigan in overtime for their first MAC championship earlier.

The Zips (26-8) had one last chance, but a long inbounds pass was picked off by Hamilton.

Freshman CJ Massinburg scored 18 for Buffalo and Hamilton had 14 and 11 rebounds.

Antino Jackson had 14 points for Akron.