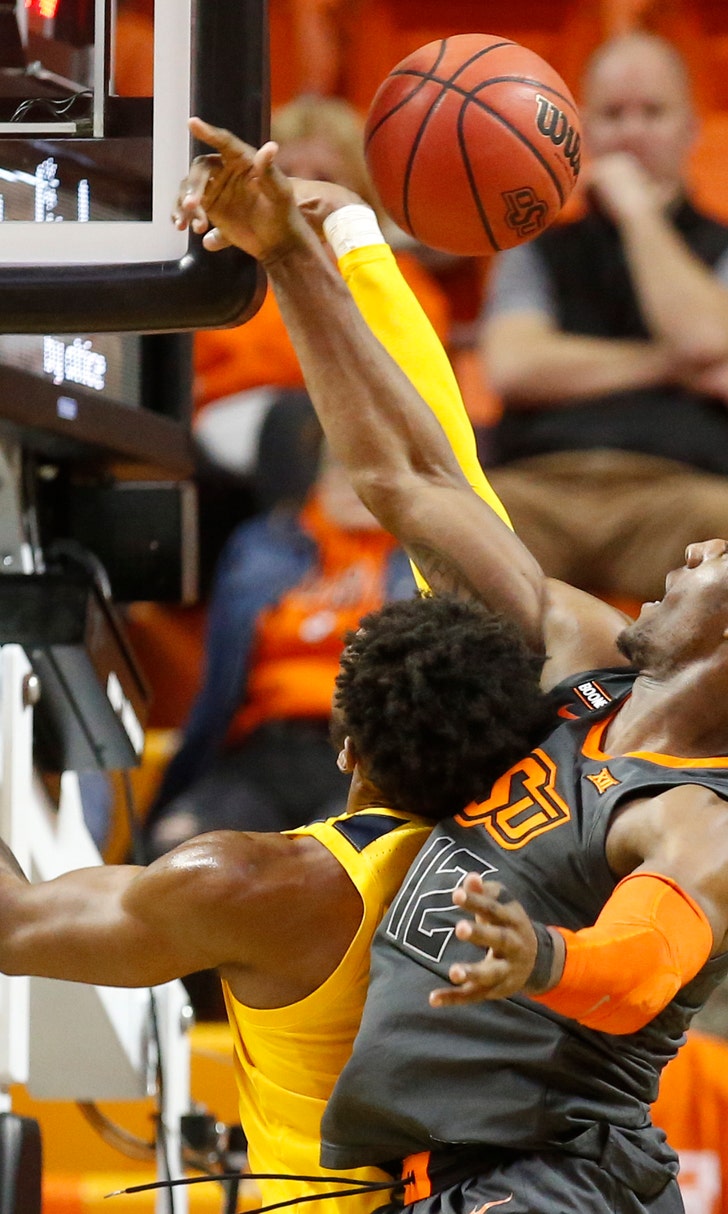 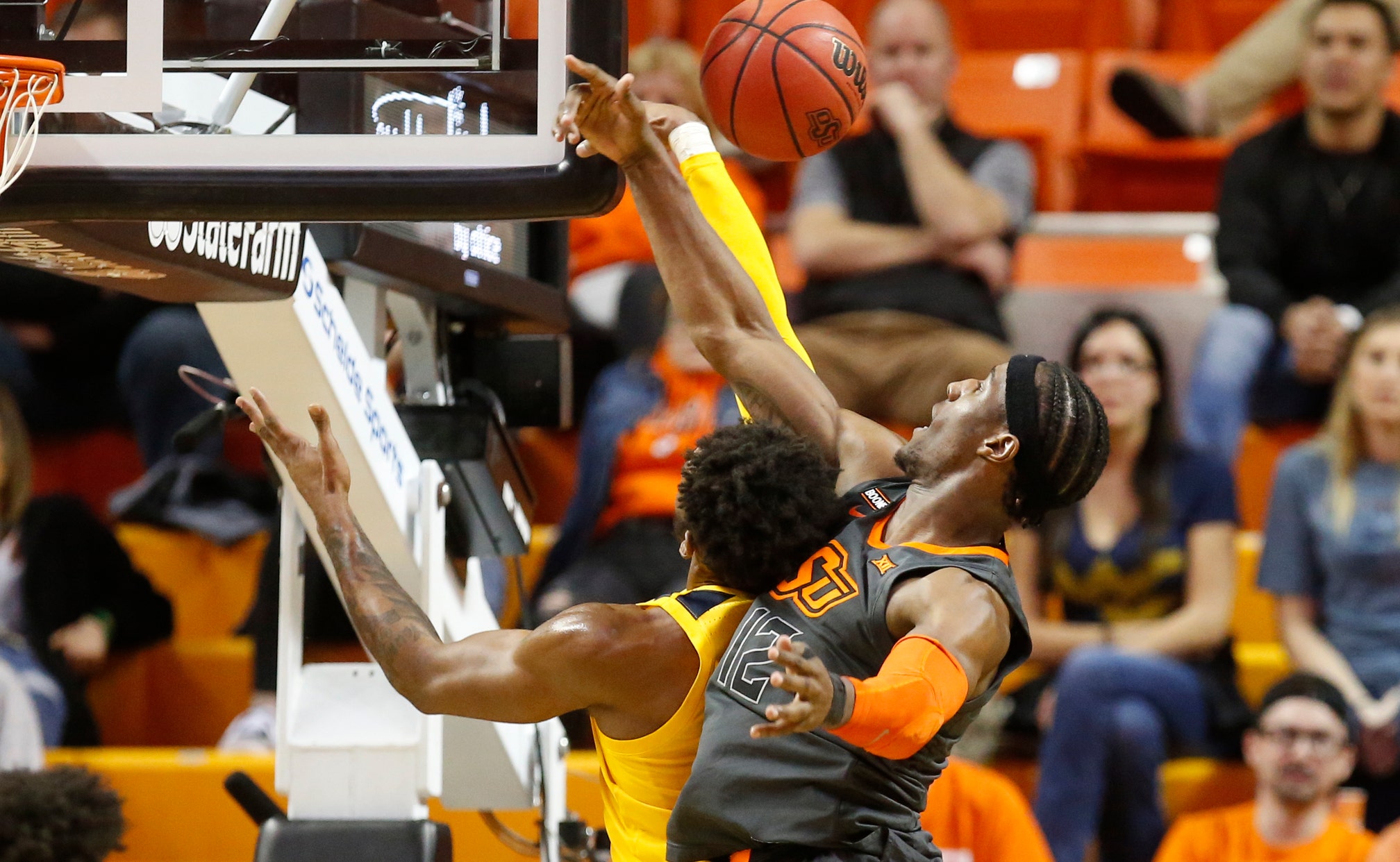 STILLWATER, Okla. (AP) — It was a night where the ball just wasn’t falling for either team, but in the end, West Virginia’s defense was more stifling and that was the difference.

Offensively, Oscar Tshiebwe scored 12 points and Derek Culver had nine points and 12 rebounds to help lead No. 17 West Virginia to a 55-41 victory over Oklahoma State on Monday night.

Despite shooting just 38.8 % (19 of 49) from the floor, and just 55 % (11 of 20) from the free-throw line, the Mountaineers were able to maintain at least a double-digit lead for virtually the entire second half. They also won the rebounding battle 40-36.

“I thought we did a pretty good job of staying in front of them, we didn’t turn them loose much,” said West Virginia coach Bob Huggins. “And we rebounded. Pretty much, it was one and done, which really helps, not giving them extra shots.”

After defeating then-No. 5 Ohio State 67-59 on Dec. 29, the Mountaineers fell 60-53 to No. 3 Kansas on Saturday, but bounced back in a big way in this one, especially defensively.

“We tried to fix a couple of things from Saturday, where we did a better job of containing people,” Huggins said of the West Virginia defense. “But they had a bad day. We had a bad day, too. It was hard for me to watch sometimes. It was neither one of our better games.”

Cameron McGriff added 10 points and eight rebounds for the Cowboys.

“I think at the end of the day, we just got beat tonight,” said Oklahoma State coach Mike Boynton. “I thought defensively, we did a lot of really good things. We forced 20 turnovers, we hold them to less than 40 percent shooting and we hold our own on the glass against what I think is the best offensive rebounding team in the country.

“I am also really excited about what I saw from our team in terms of their competitive fight for 40 minutes. At some point, we’re going to shoot better.”

"It wasn’t really anything that we haven’t seen before," McGriff said of West Virginia's defense. "I think what we didn’t do is make shots. At the free throw line, we didn’t shoot well, and we went 1-for-20 from 3, so that’s not good. We got a lot of good looks, we just didn’t knock them down."

Oklahoma State missed senior guard Thomas Dziagwa, who sat out with the flu. Dziagwa is averaging 9.0 points per game and is shooting nearly 43% on 3s this year. He had started 45 consecutive contests.

West Virginia: The Mountaineers entered the game boasting one of the NCAA’s top defenses, and they showed why. They started the game ranking fifth in field goal percentage (36.2%) and They were also third in 3-point defense (24.9%) and limited the Cowboys, a team that entered the day averaging 31.3% on 3-pointers, to just 5% (1 of 20) from 3-point range, including 0-for-10 in the first half.

Oklahoma State: Coming off a blowout 85-50 loss to No. 22 Texas Tech on Saturday, the Cowboys started strong and hung with West Virginia for much of the first half. When Lindy Waters sank a five-foot jump shot with 7:05 left in the opening half, Oklahoma State led 13-12. But the Mountaineers’ defense tightened up after that and the Cowboys shot just 1-of-7 from the floor and West Virginia outscored them 16-6 the rest of the way until half time, as the Cowboys entered the break trailing 28-19.

"It’s not an easy league to play in," said Oklahoma State freshman guard Avery Anderson, who had eight points and three rebounds. "You’ve got to be tough, you’ve got to fight every night and you've just got to take care of the ball. Each possession matters in the Big 12."

Oklahoma State: The Cowboys travel to Fort Worth to take on TCU on Saturday afternoon.