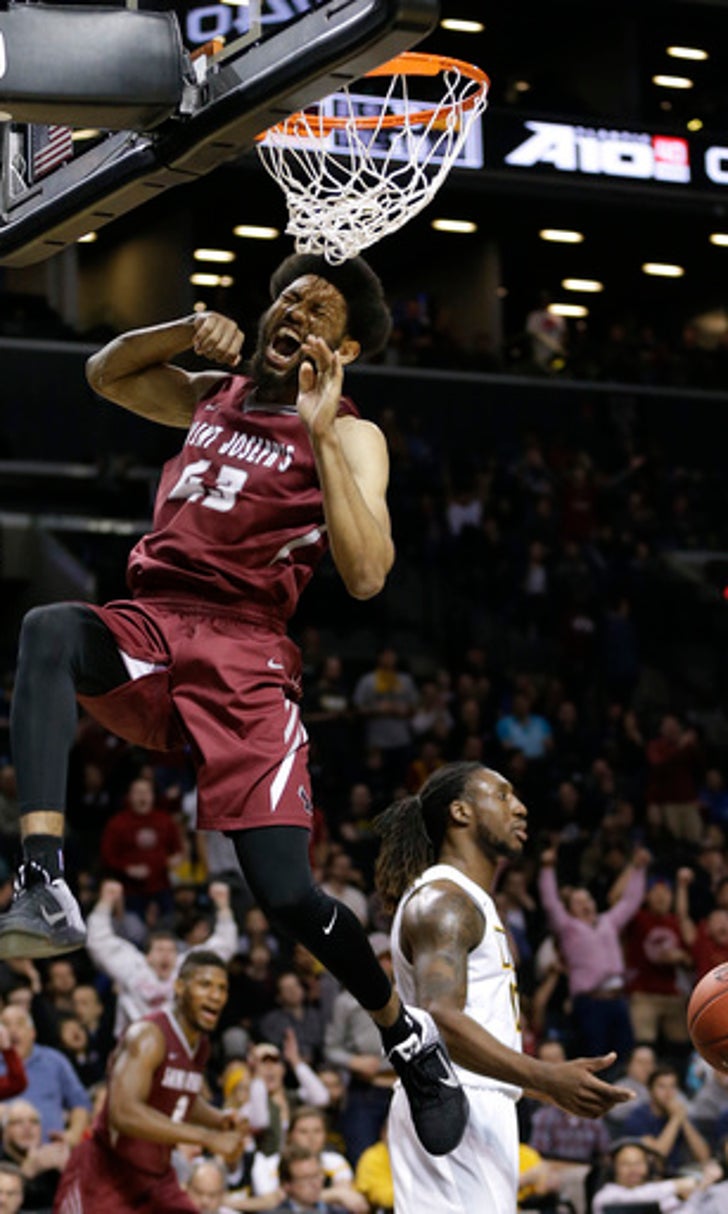 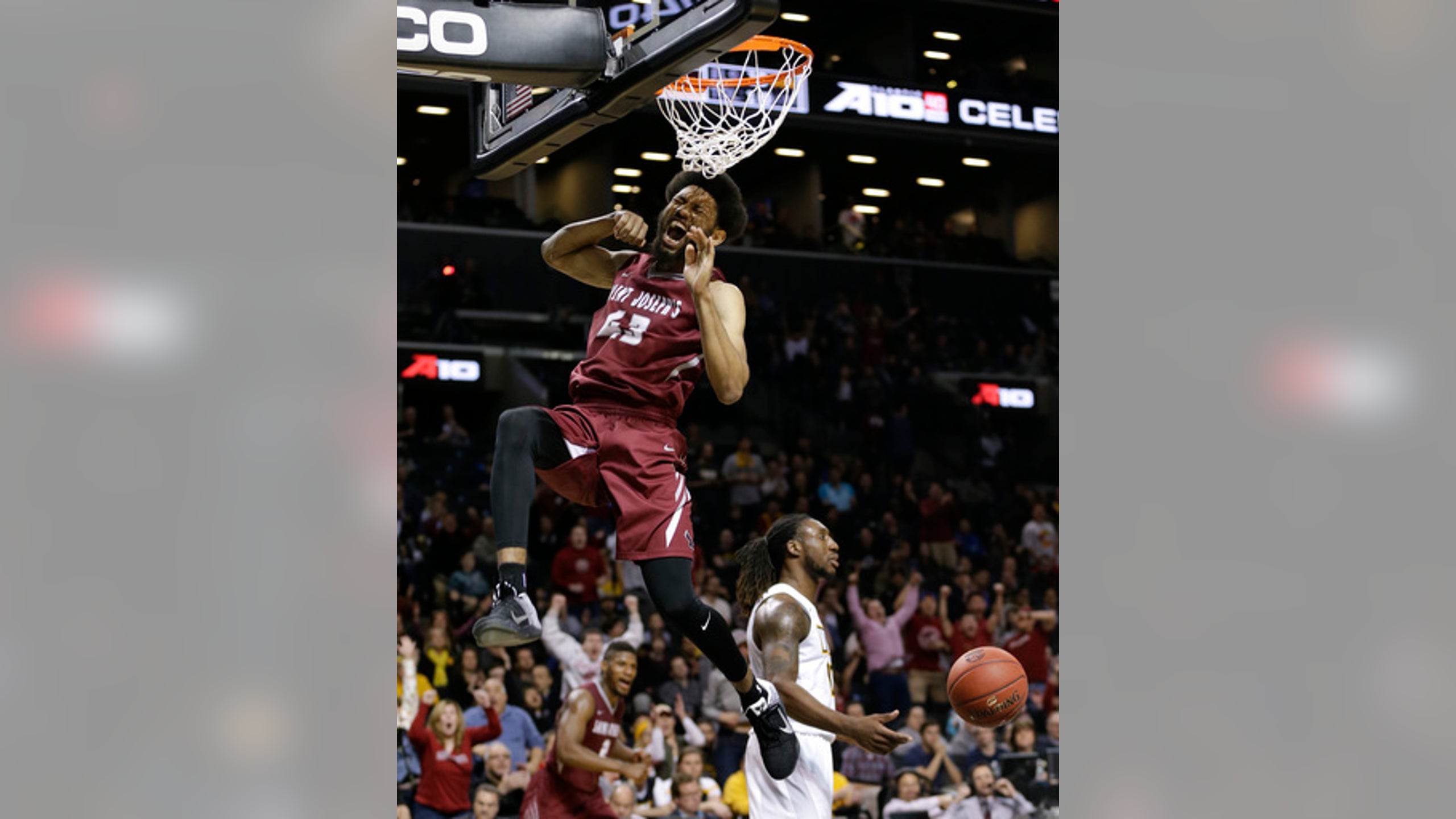 A guide to the NCAA Tournament bracket 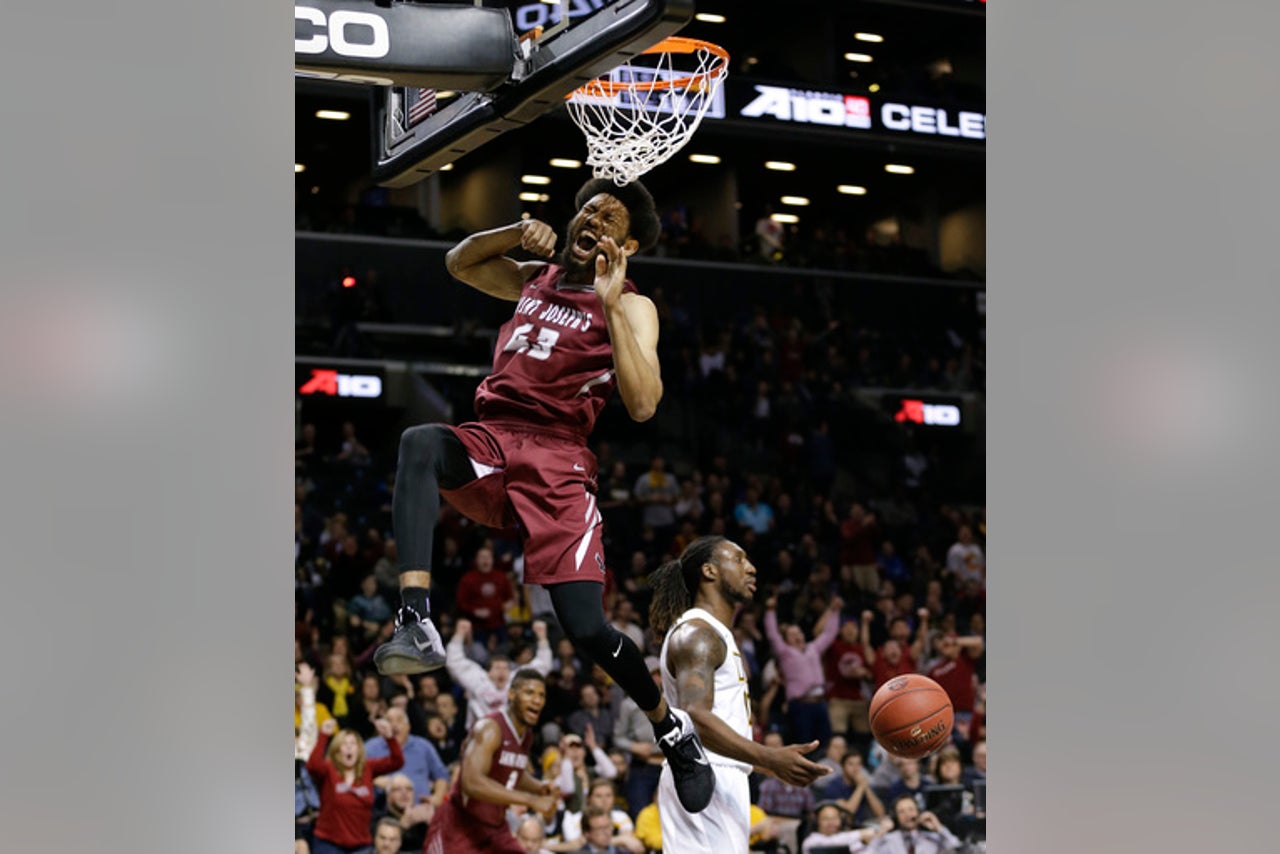 Wait til this NCAA Tournament really gets going.

With no clear-cut favorites and seemingly a dozen teams that could take down the nets in Houston, this March could be the mother of madness.

Regardless of whether you have to shred your bracket early, it figures to be a fantastic road to the Final Four, so we've got a rundown of the top matchups, players and some other tidbits about this year's NCAA Tournament.

Kansas. Bracket's No. 1 overall seed. No need to say more.

North Carolina. Preseason No. 1 has the talent to be there at the end, too.

Virginia. Cavaliers guard like the rim is a pot of gold.

Michigan State. Guessing Tom Izzo will use being bumped to a No. 2 in the Midwest as motivation. Never anger the Izzo, especially in March.

Iowa State vs. Iona, Thursday, Midwest Region. Both average around 80 points a game and will be playing in Denver, where the thin air will make it tough to get back on defense. If you like offense, this is your game.

Wichita State vs. Arizona, Thursday, South Region. The Shockers had to play in the First Four on Tuesday, but are a talented, upperclassmen-led team - just like Arizona.

Baylor vs. Yale, Thursday, West Region. The Bears are talented, but struggled down the stretch. The Bulldogs are playing less than two hours from home and talented. Potential for an early 12-over-5 upset.

Seton Hall vs. Gonzaga, Thursday, Midwest Region. The Pirates are one of the hottest teams in the country and the Zags are coming around now that their guards are playing well around Kyle Wiltjer and Domantas Sabonis.

West Virginia vs. Stephen F. Austin. The Mountaineers are a trendy pick to make a deep run, but the Lumberjacks have not lost since Dec. 29 and are No. 1 nationally in forcing turnovers.

Kentucky vs. Indiana, Saturday, East Region. Blue bloods have to win their first games to set this up, but worth the wait if it happens.

Buddy Hield, Oklahoma. Scores in bunches, rises up under pressure.

Denzel Valentine, Michigan State. Does everything except drive the Spartans' bus.

Tyler Ulis, Kentucky. Coach Cal says Ulis' size may have held him back in national player of the year conversations. The 5-foot-9 sophomore is one of the nation's best regardless of his height.

Jakob Poeltl, Utah. Doesn't get as much exposure playing out West, but one of the nation's best big men.

14-19-Record of Holy Cross, which won the Patriot League title to earn a spot in the bracket after going 5-13 in conference.

20-Straight wins by Stephen F. Austin heading into the tournament.

54-Years since Yale last made the NCAA Tournament.

5,504-Miles Baylor will have to travel to reach the Final Four. That's longest among the 68 teams in the bracket, according to allmyteamssuck.com.

Gonzaga. The Zags weren't the same when Przemek Karnowski was injured. Their guards were good at the end of the season, though, and they still have the Wiltjer-Sabonis combo inside.

Wichita State. The Shockers sneaked into the First Four. With Fred Van Vleet healthy and teaming Ron Baker, this is a team that could make a run.

Purdue. Boilermakers are good at both ends, considered one of the most under-seeded teams in the bracket at No. 5 in the Midwest.

Hawaii. Rainbow Warriors force a lot of turnovers and make a lot of 3s, a good combination if they get hot in the tourney.

VCU. Havoc causes opponents problems and the Rams have a knack for getting to the rim. New team and new coach, but they've been deep in the bracket before.

Gary Payton II, Oregon State. Like his pops, the Glove, GPII thrives on the defensive end and does it all for the Beavers.

Domantas Sabonis, Gonzaga. Wiltjer gets most of the attention, but the son of Arvydas is a crafty big man with fantastic footwork.