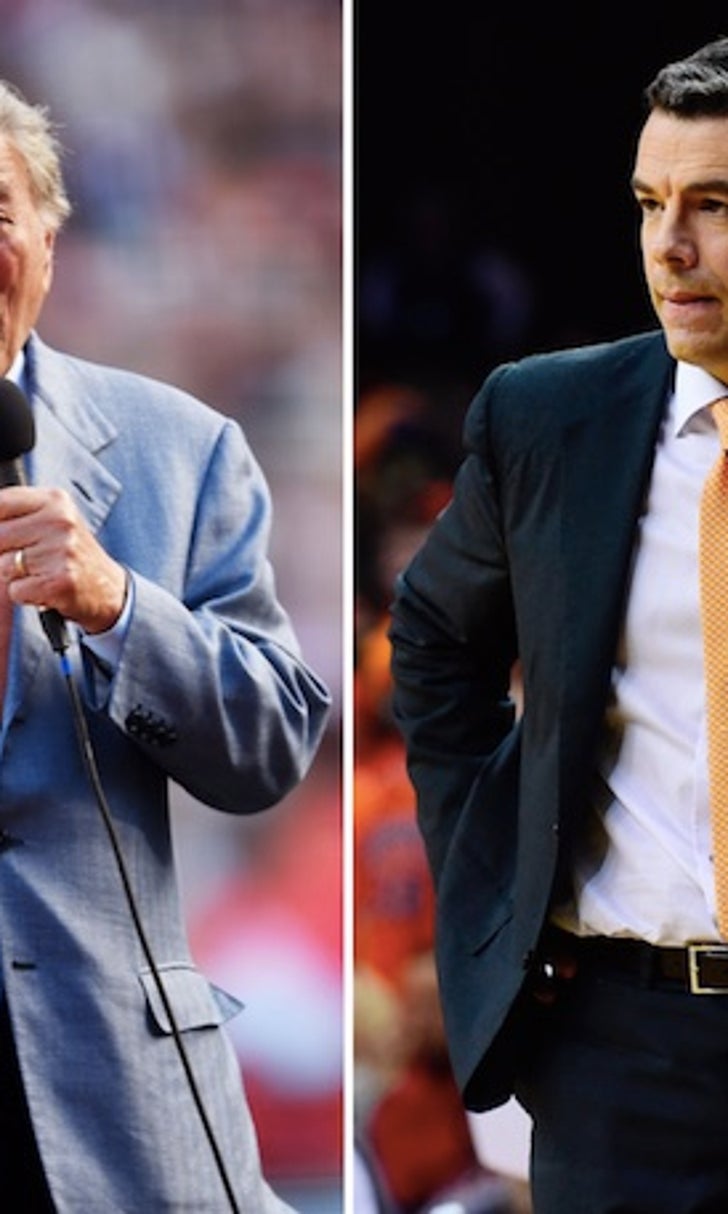 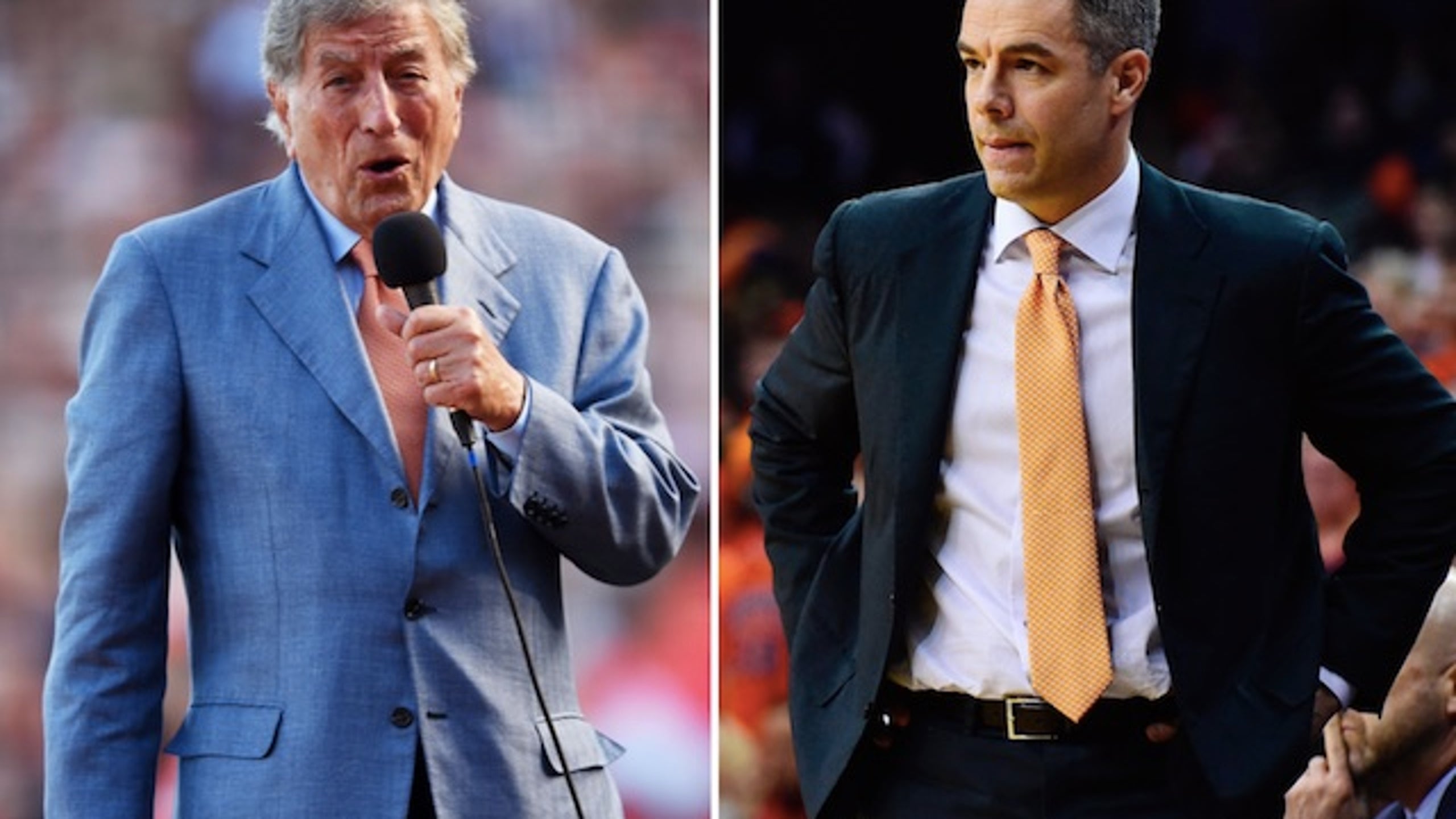 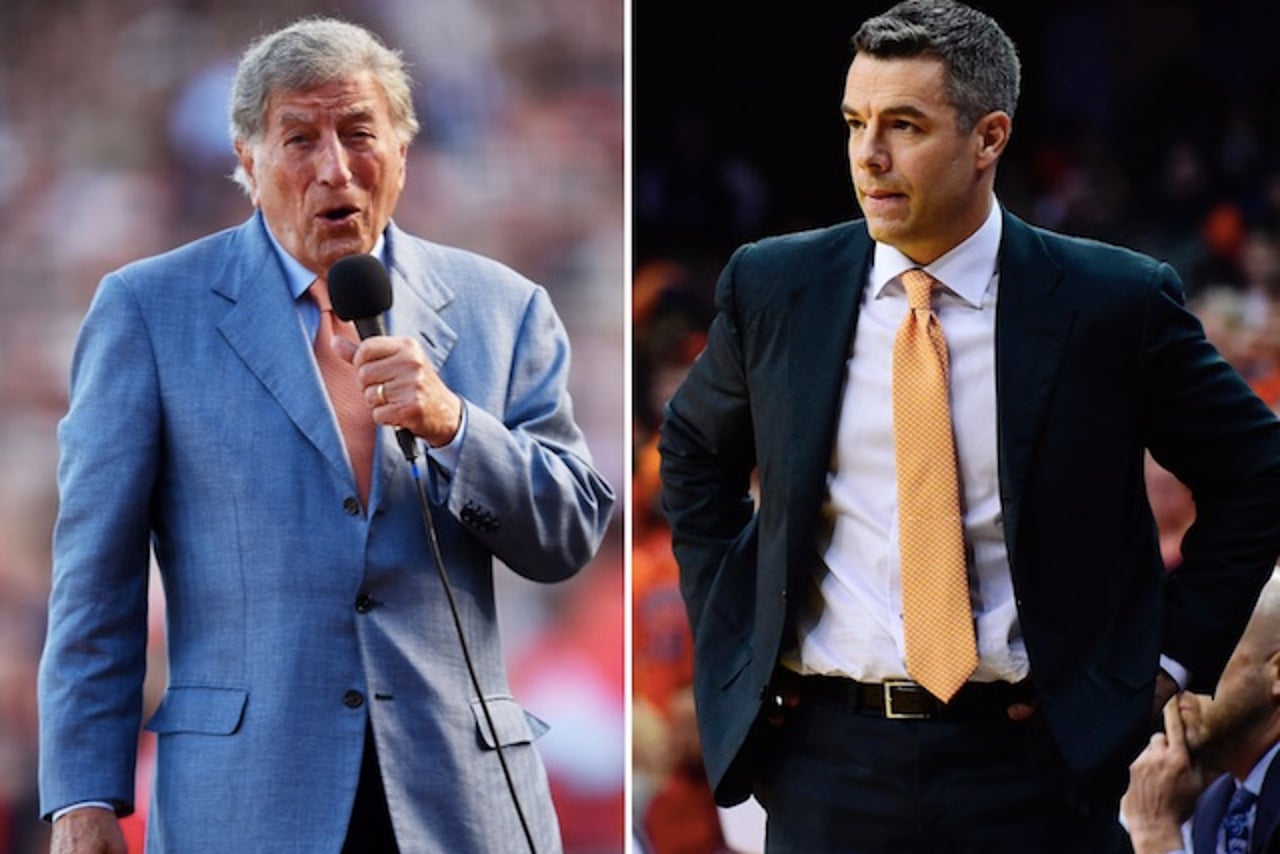 Tony Bennett is the 46-year-old basketball coach who transformed Virginia from an ACC afterthought into a national power. Tony Bennett is one of the world's most famous singers, who's as popular and prolific as ever at an age (89) that's almost double that of the other Tony Bennett. As UVA continues its journey through the NCAA tournament, Fox Sports has put together a helpful primer so you can keep the two terrific Tonys apart. 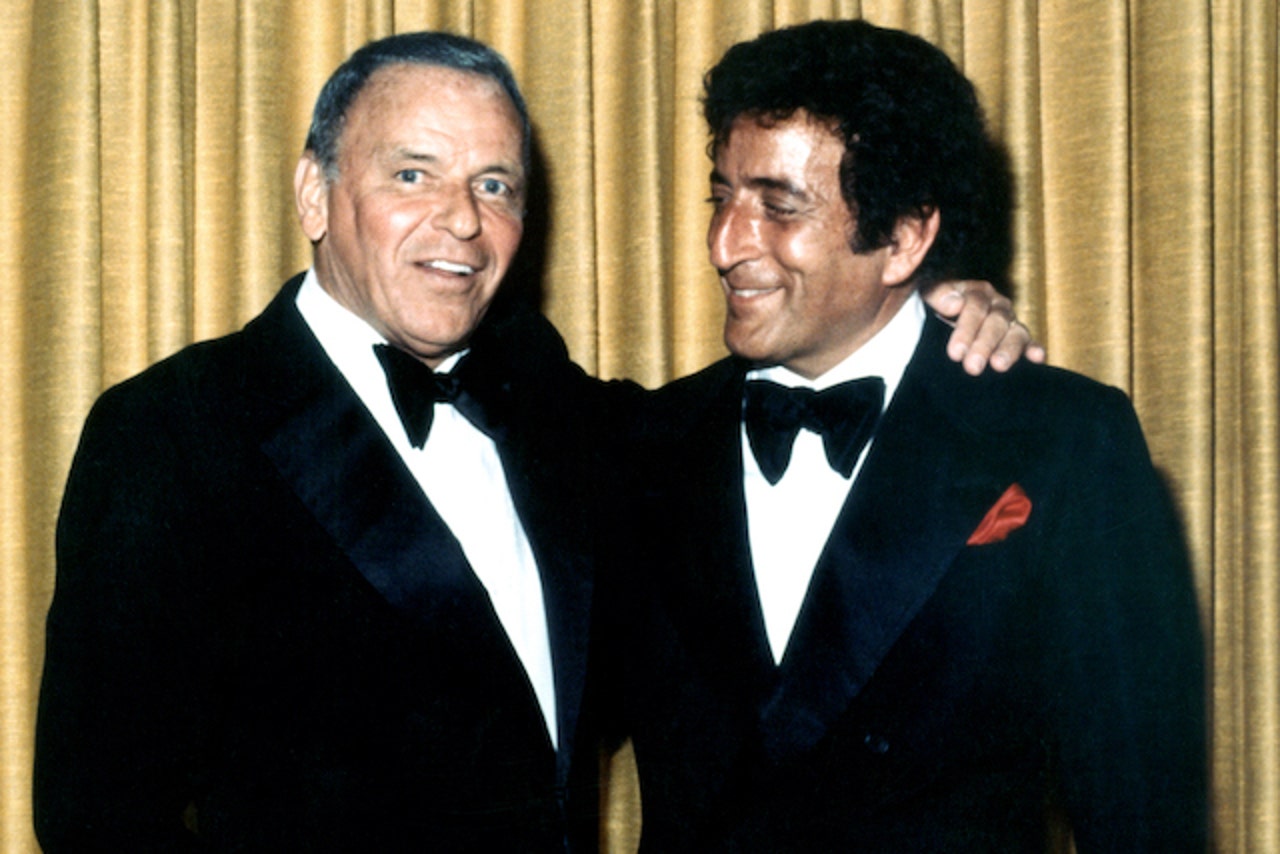 2. Surprisingly, UVA's Tony Bennett is the top result when you Google "Tony Bennett." Tony Bennett thinks Google was some club where he, Sinatra and Dean Martin used to bird dog the dames and if any riff-raff got in the way, they'd go outside for a little ring-a-ding-ding.

3. With all the heat, pressure and his age, Tony Bennett has understandably been known to collapse due to dehydration while in front of crowds of 18,000. No, not that one. The one you're thinking of has the constitution of an ox and is in the midst of a world tour that has 14 more dates through July. At 89. Like a boss. 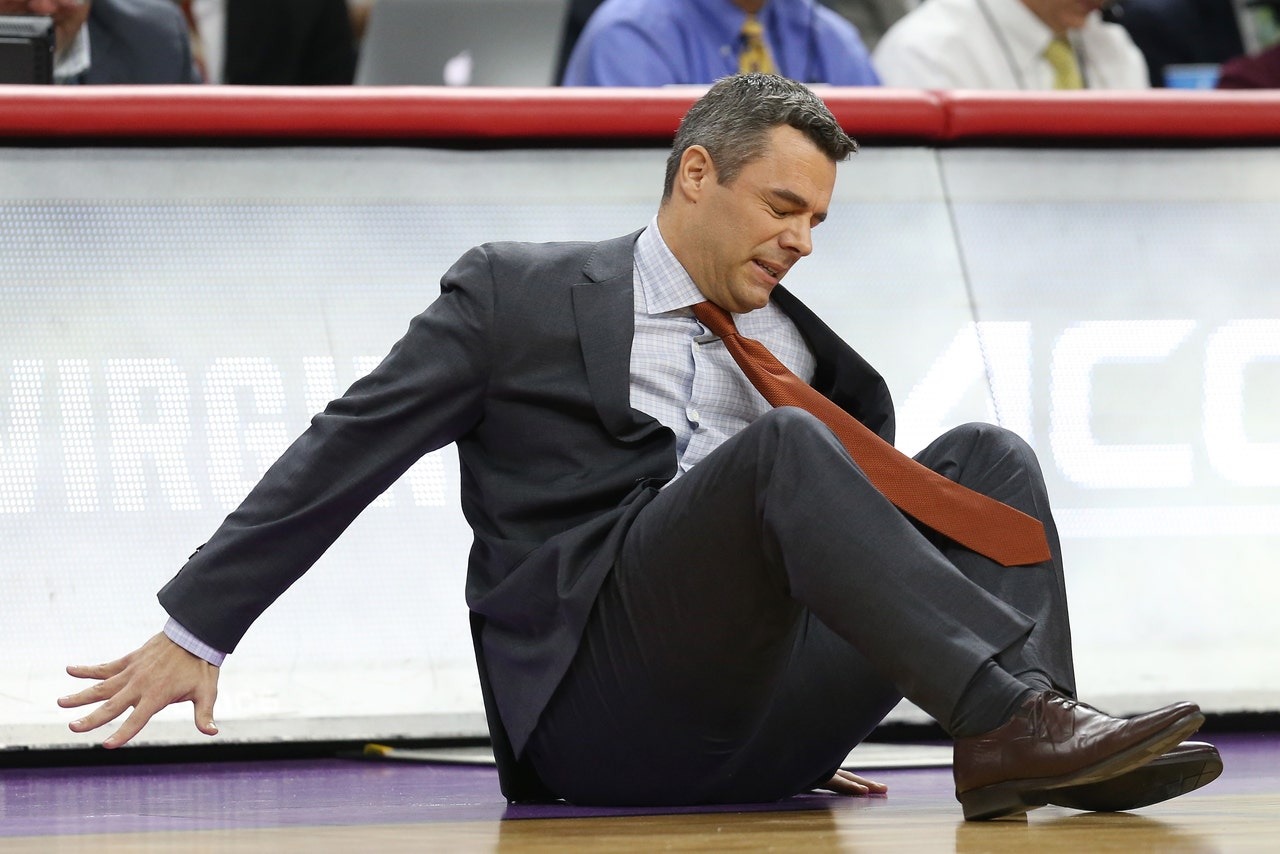 5. Tony Bennett sings with an aged, buttery voice that has the power of making men and women cry. Tony Bennett once made his daughter cry from embarrassment when he was driving carpool and started belting out Wayna Morris's part of One Sweet Day. 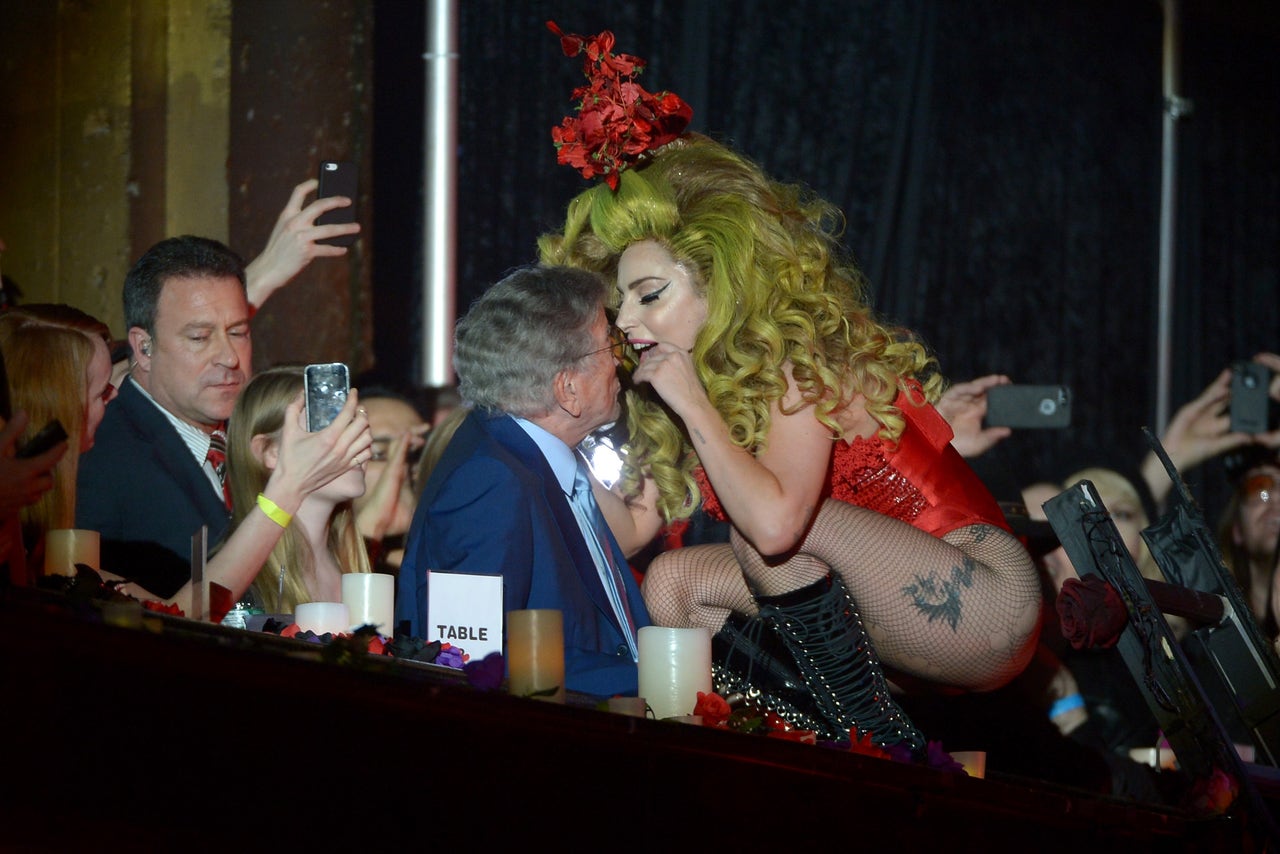 8. Tony Bennett worked with Lady Gaga. Tony Bennett, who occasionally glances up at the TV while his wife watches Downton Abbey as he breaks down film on his iPad, always confused Lady Gaga and Lady Grantham for years and was very confused when his kids were watching the Grammy's this year. 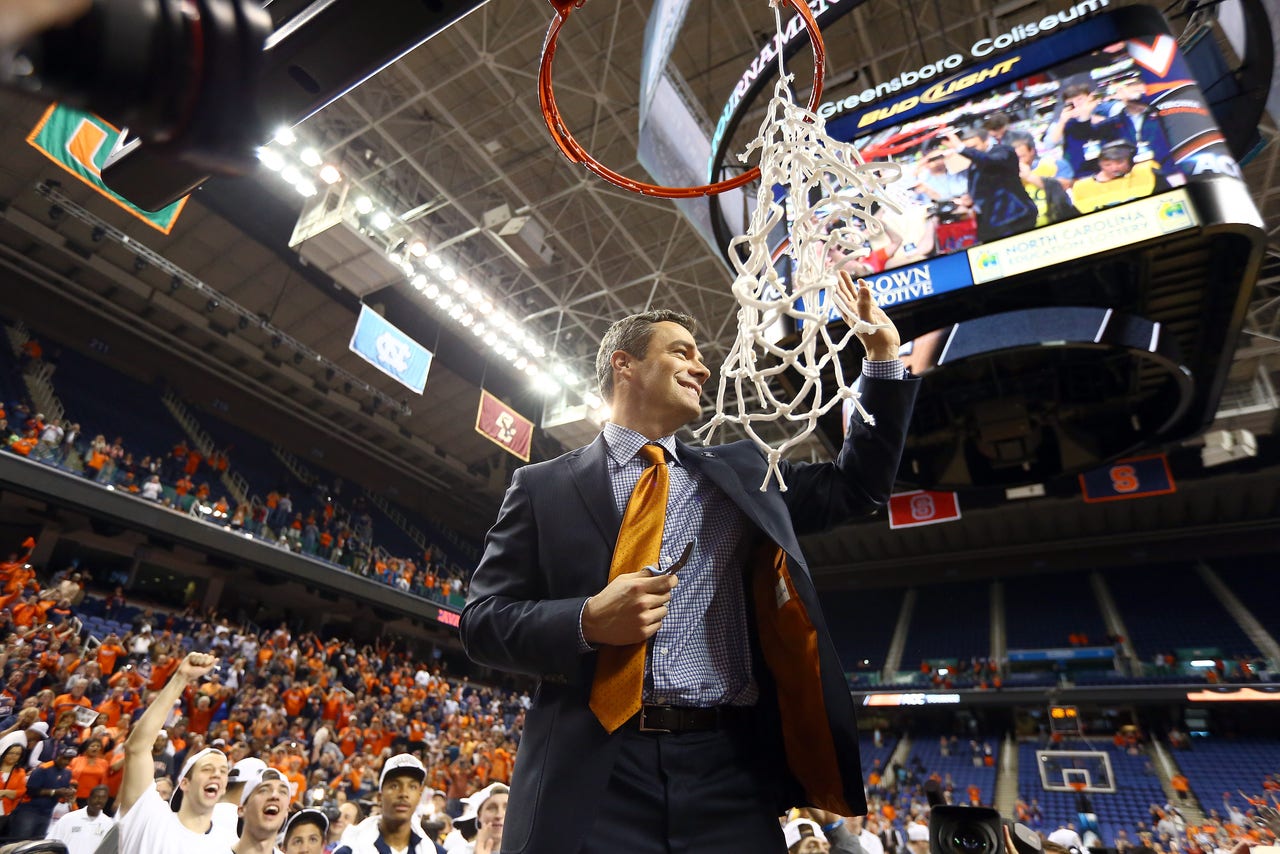 Andy Katz's Tiers: Best Of The Rest
Gonzaga and Baylor are known commodities, but which other teams look poised to make a Final Four run? Andy Katz breaks it down.
22 hours ago 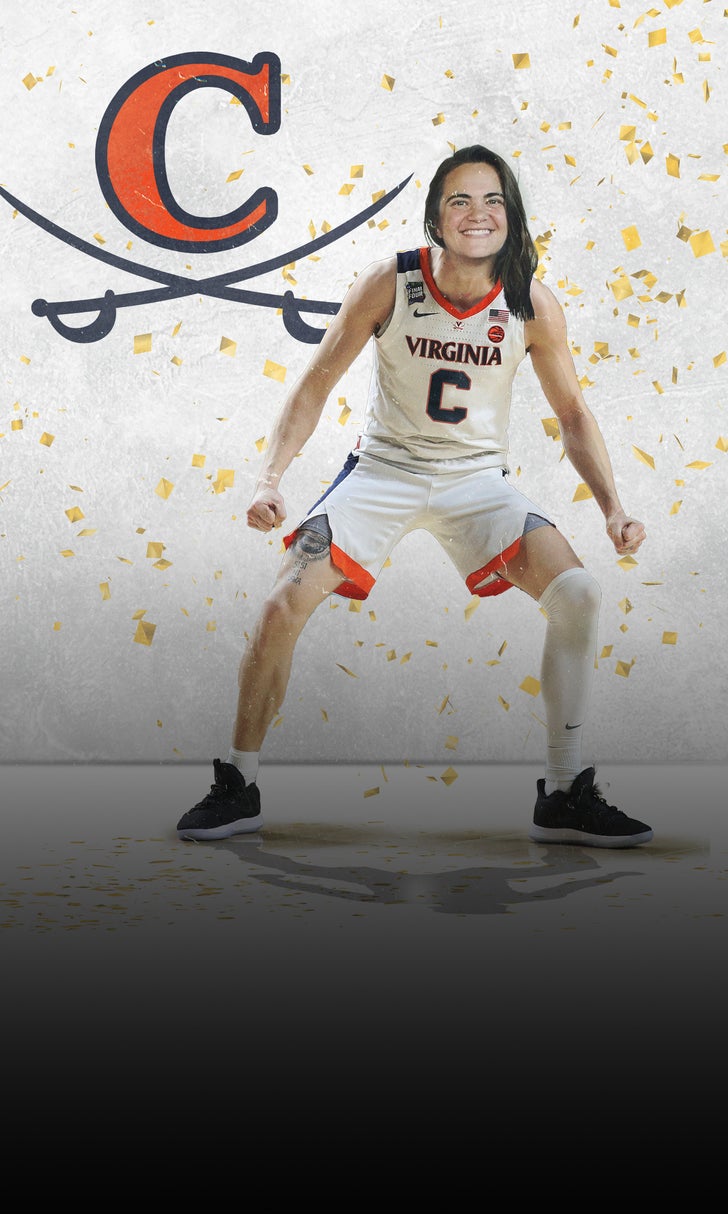 Feeling So Cavalier
In a very public decision, Charlotte Wilder pledged her fandom to Virginia men's basketball. Her first week as a Hoos fan was a wild ride.
December 10, 2020

My Next Chapter: Searching For A CBB Home
How does a fan with no college basketball team pick a rooting interest? Charlotte Wilder shares her journey, with a twist.
December 6, 2020