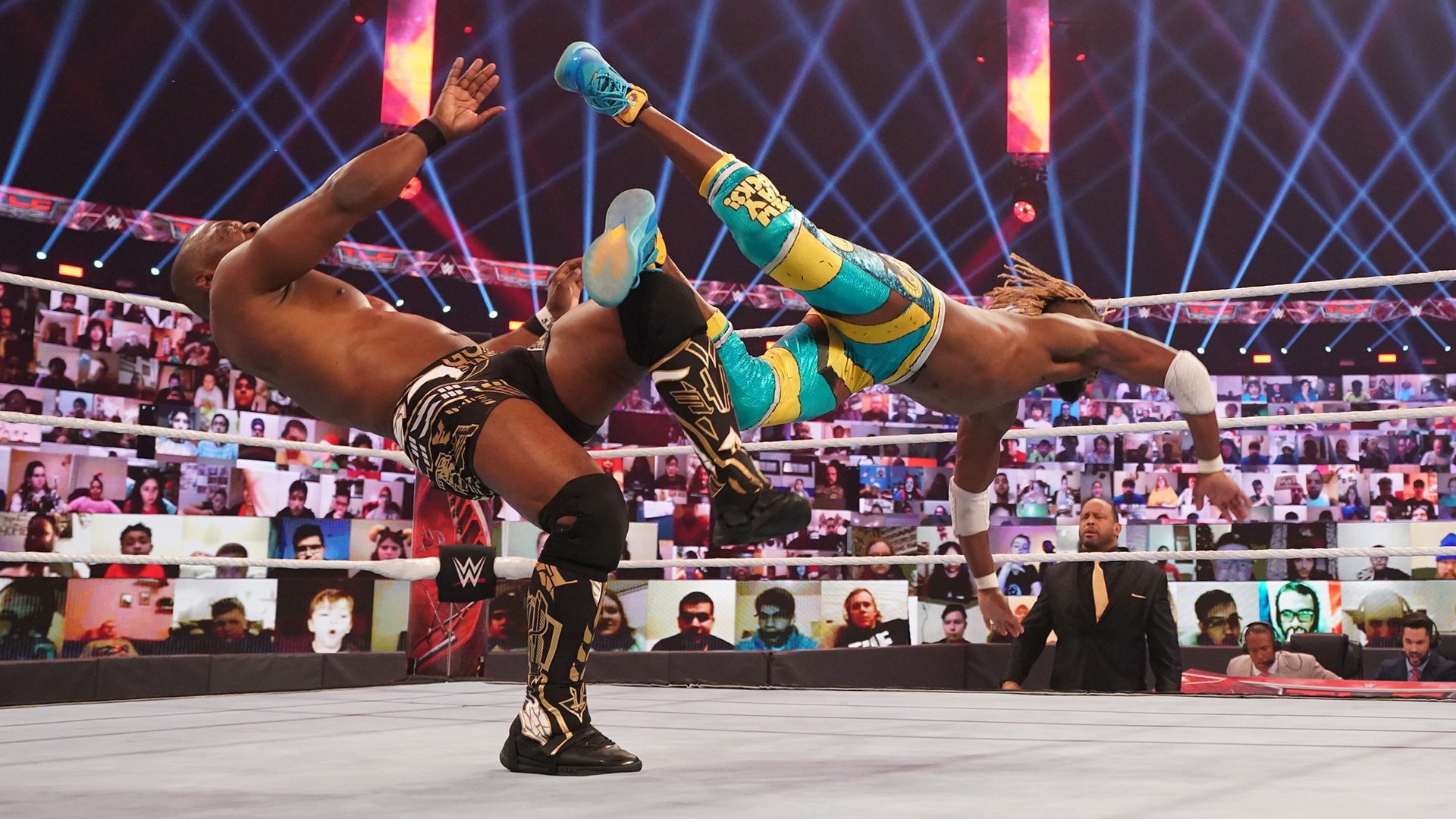 Returns for The Hurt Business are looking even more golden, as Shelton Benjamin & Cedric Alexander took down The New Day to become the new Raw Tag Team Champions at WWE TLC.

The New Day came out of the gate with a break-neck pace, overwhelming Alexander, though Benjamin’s entrance changed the bout’s dynamic as he used his strength advantage to ground Woods with MVP barking orders at ringside.

Woods found a way to tag in Kingston, who lit up the WWE ThunderDome at Tropicana Field with his high-octane arsenal until Benjamin caught a potential Boom Drop, though Kingston avoided a double-team attack with Alexander coming off the top rope.

Kingston hit the SOS for a near-fall, but Alexander dodged Trouble in Paradise moments later. Woods broke up Alexander’s pinfall attempt after Alexander had hit a big jumping knee and brainbuster, but Woods was soon taken out by a Neutralizer from Alexander and Paydirt by Benjamin.

While Kingston fought valiantly, Benjamin left him shaken with a massive underhook superplex. Benjamin was perplexed by Alexander blindly tagging himself in, but it paid off, as he hit the Lumbar Check for the title-clinching victory.

Xavier Woods
share story
Fox Sports™ and © 2021 Fox Media LLC and Fox Sports Interactive Media, LLC. All rights reserved. Use of this website (including any and all parts and components) constitutes your acceptance of these Terms of Use and Updated Privacy Policy. Advertising Choices. Do Not Sell my Personal Info