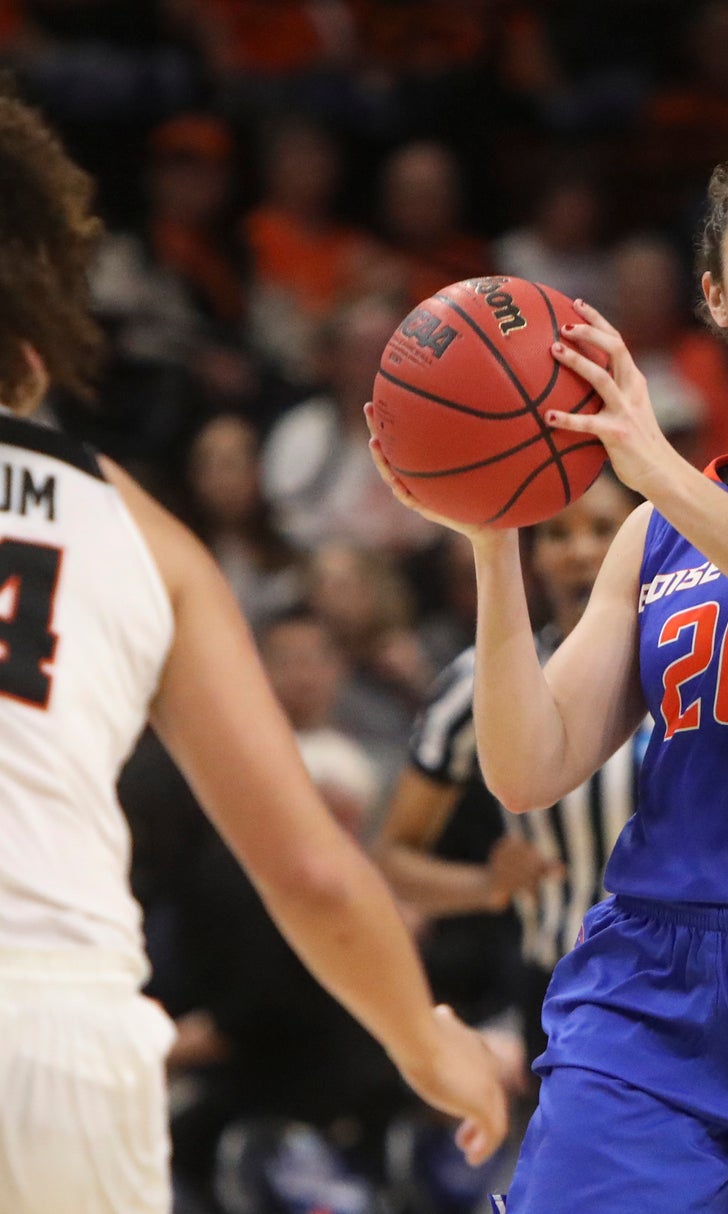 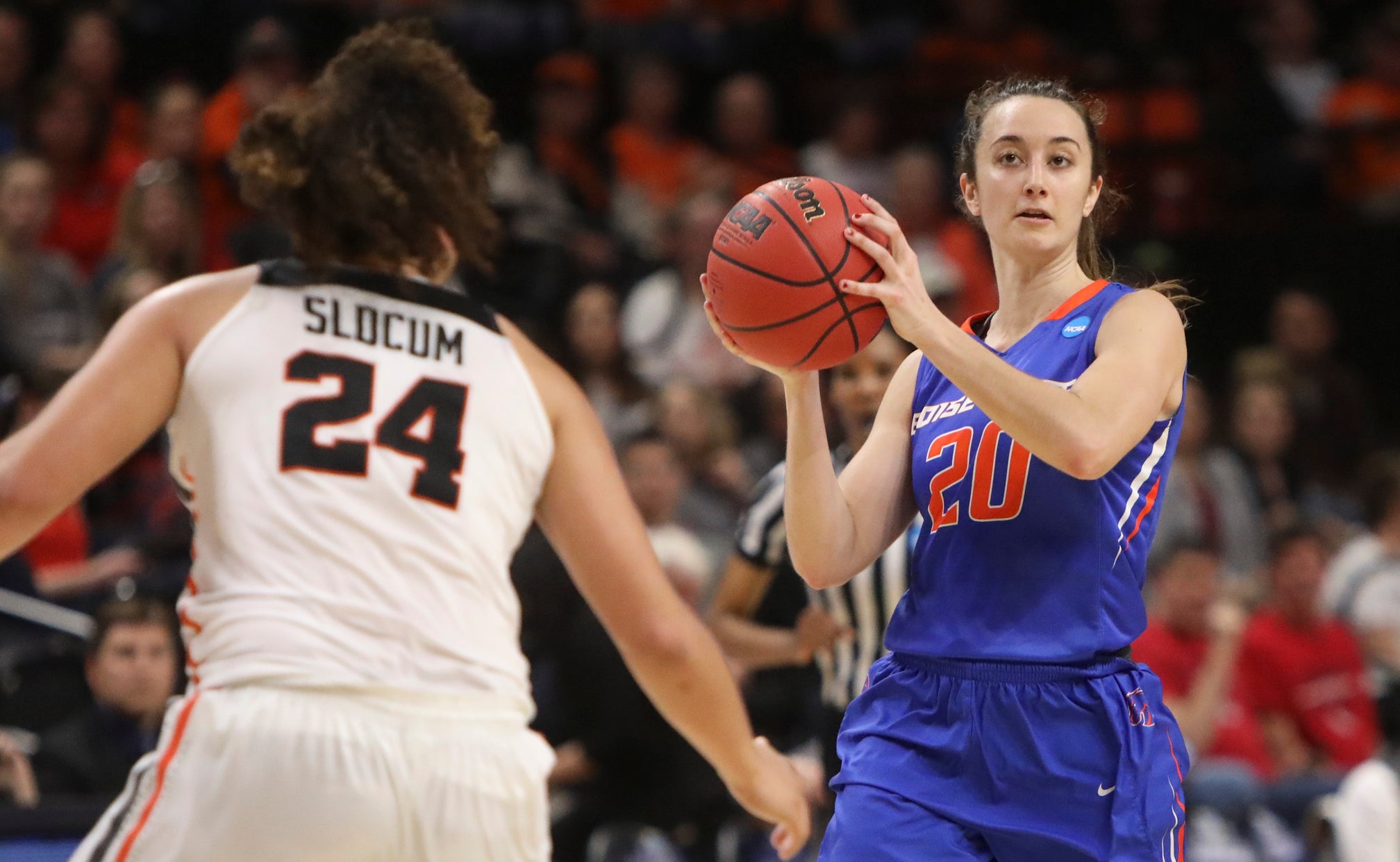 CORVALLIS, Ore. (AP) — Following Oregon State's nail-biting overtime win against Boise State to open the NCAA Tournament, Beavers coach Scott Rueck stuck around on the court for a few moments to sign a ball passed to him by a pair of kids.

"Did you think we would win?" Rueck asked them.

The boys said yes and the coach smiled — but it was oh-so close.

Mikayla Pivec had 20 points and 12 rebounds and the fourth-seeded Beavers withstood a major scare from the No. 13 Broncos for an 80-75 overtime victory in the first round of the NCAA Tournament on Saturday night.

"This seemed like a game that was going to get away from us for a large portion of the fourth quarter, and this team just said no. They just didn't quit," Rueck said afterward. "They kept making plays and then they made huge shots and they executed extremely well down the stretch."

Destiny Slocum's layup gave the Beavers a 72-68 advantage in overtime and put the home crowd at Gill Coliseum on its feet. Slocum added another layup before Rachel Bowers' jumper for the Broncos cut the deficit to 74-70.

Bowers made free throws to get Boise State within two but then missed a pair with 33 seconds left. The ball went out of bounds under Boise State's basket and possession went to Oregon after a lengthy review.

Pivec converted free throws on the other end but Riley Lupfer made a 3-pointer to cut the Beavers' lead to 76-75. Goodman's free throws kept Oregon State in front and Lupfer missed a 3 that would have tied it.

Taya Corosdale closed it out for the Beavers with free throws for the final margin. She finished with 13 points and 15 rebounds.

"We should have won the game," Boise State Gordy Presnell said. "They made plays down the stretch, and our kids battled and played their hearts out."

Boise State trailed by as many as 14 points in the first half but pulled in front in the third quarter, outscoring the struggling Beavers 19-9.

Pivec's layup got the Beavers within 64-62 with 47 second left. After the Broncos made free throws to go up 66-62, Pivec scored on a layup and then forced a jump ball with 9.4 second left.

Katie McWilliams was fouled on the inbound and hit both free throws to tie it at 66 with 8.5 seconds left and the game went to overtime.

"It was all momentum, and at the end (of regulation) it kind of switched to them," Lupfer said.

The Broncos were making their third straight appearance in the NCAA Tournament and sixth overall. They have never won a tournament game.

It was Oregon State's sixth straight visit to the NCAA Tournament. The Beavers have been to the Sweet 16 for three consecutive seasons, including a run to the Final Four in 2016.

"Getting to overtime was a challenge. I mean, we were all excited. New life. The game was 0-0" Goodman said. "We knew we had to come out big, come out with the first punch."

Boise State: The Broncos have played Oregon State 12 previous times, but not since 2000. The Beavers led the series 9-3. ... Hodgins was the MWC tournament's MVP. She averaged 23.3 points over the three wins.

Oregon State: The Beavers were ranked No. 11 in the final AP Top 25 of the season. ... The Beavers are among nine teams — UConn, South Carolina, Notre Dame, Baylor, Stanford, Texas, UCLA and Mississippi State — that have made the Sweet 16 field in the last three seasons.

SEEDING: Presnell said afterward he thought the Broncos should have been a higher seed — which may have given them a better shot at advancing. Boise State had a 38 RPI and had hoped that they would get a neutral site game.

FINAL WORD: "This is a great win. Survive and advance, and today we survived and we get to move on," Rueck said.