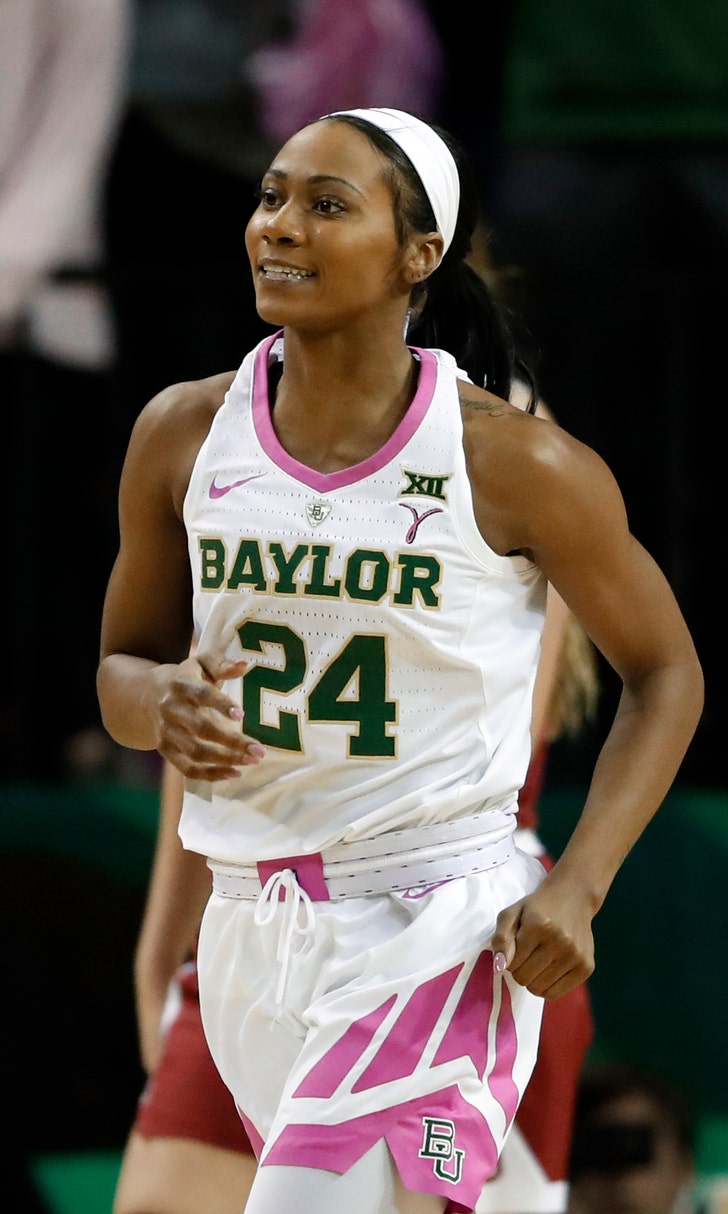 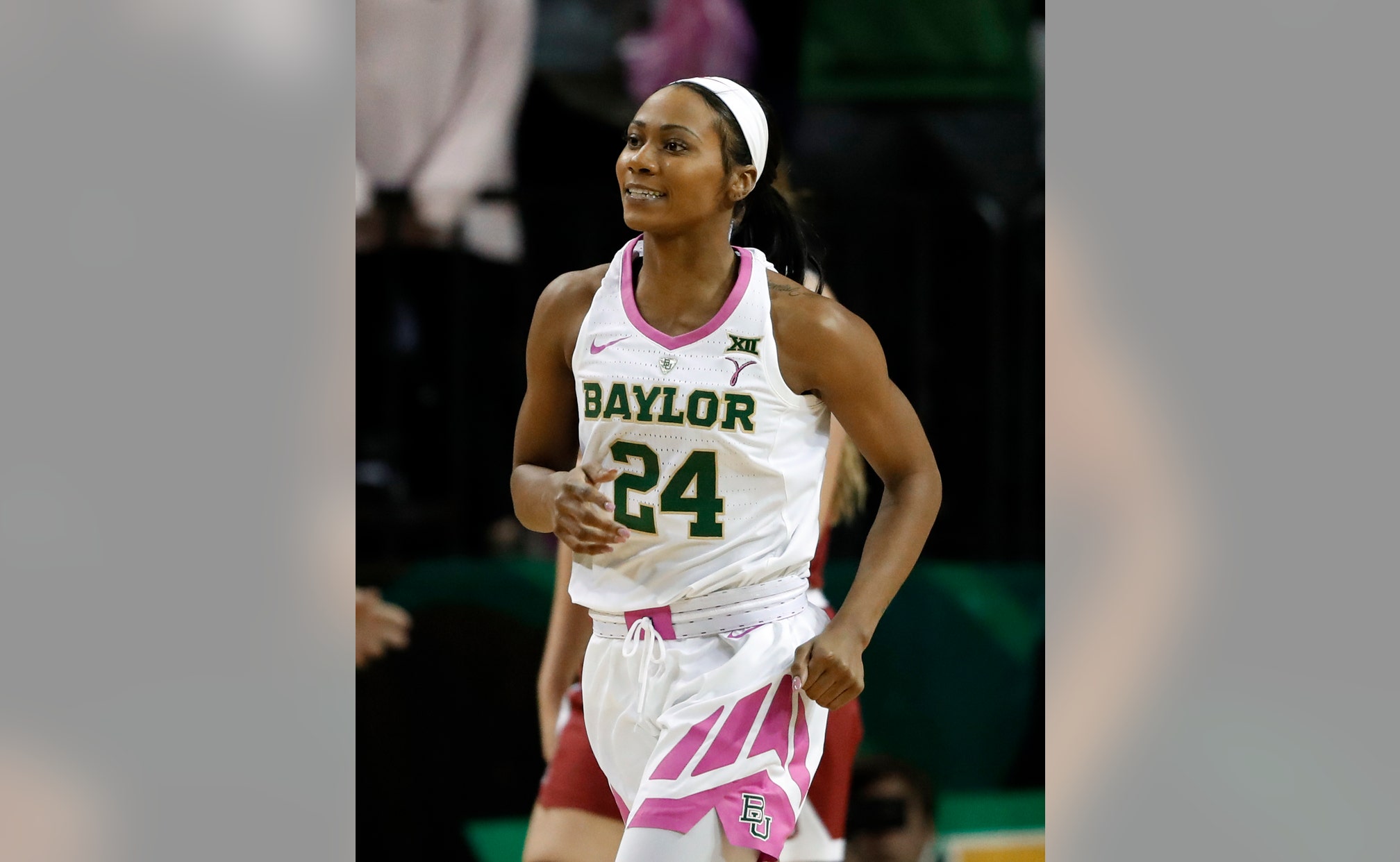 Jackson leads No. 1 Baylor women in 87-53 win over Oklahoma

WACO, Texas (AP) — When Chloe Jackson scored the last of her 24 points, she was responsible for half of top-ranked Baylor's scoring — and was still single-handily outscoring Oklahoma.

"I'm just taking what the defense is giving me. And my post players are finding me, just being able to focus in and knock down the shot," said Jackson, the graduate transfer from LSU who was 10-of-13 shooting.

The Lady Bears (23-1, 13-0) are closing in on their ninth Big 12 regular-season championship in a row. They have a three-game lead over second-place Texas with five games left.

When Jackson made a fast-break jumper for her last points, she had a 24-21 advantage over Oklahoma (6-18, 2-11) and the Lady Bears led 48-21. The Sooners didn't outscore Baylor's point guard until Madi Williams made a jumper with 2:12 left in the third quarter that made it 54-25.

"We obviously couldn't do a thing with all that size," Oklahoma coach Sherri Coale said. "We couldn't get a rebound, we couldn't stop them from scoring in the paint. ... You roll the dice, and you've got to give them something. That's what we gave them, and she took advantage of it."

Baylor 6-foot-4 post Lauren Cox had 14 points, nine rebounds and seven blocks, the Lady Bears shot 50 percent (37-of-74) from the field and finished with a 59-28 rebounding margin even with 6-7 center Kalani Brown in foul trouble early and playing only 17 minutes.

Ana Llanusa had 31 points and was the only player scoring in double figures for Oklahoma. The Sooners, with two sophomores and three freshmen starting, have lost 11 of their last 12 games.

"The stuff they're learning is so great," Coale said. "If they can keep themselves together and keep themselves learning, which is our primary job, they're going to grow into really nice basketball players and we're going to have a lot of fun with them down the road."

Oklahoma: Other than Llanusa, who led them in scoring for the fifth game in a row, the Sooners had nothing going offensively. Williams was 1 for 12 from the floor, while Taylor Robertson, a 44-percent 3-point shooter, made only one of her six tries from beyond the arc. The Sooners had nearly as many turnovers (15) and shots blocked (12) as field goals made (16).

Baylor: Brown picked up her second foul seven minutes into the game and played only 17 minutes, but that only kept the 6-foot-7 senior post from reaching milestones. She is 11 points shy of 2,000 and two rebounds away from 1,000 in her career. Even without her usual production, the Lady Bears outscored Oklahoma 48-12 in the paint and dominated on the boards.

The Lady Bears are set to be No. 1 for the fourth week in a row after winning their two games this week by a combined 57 points. They won by 23 at Kansas State.