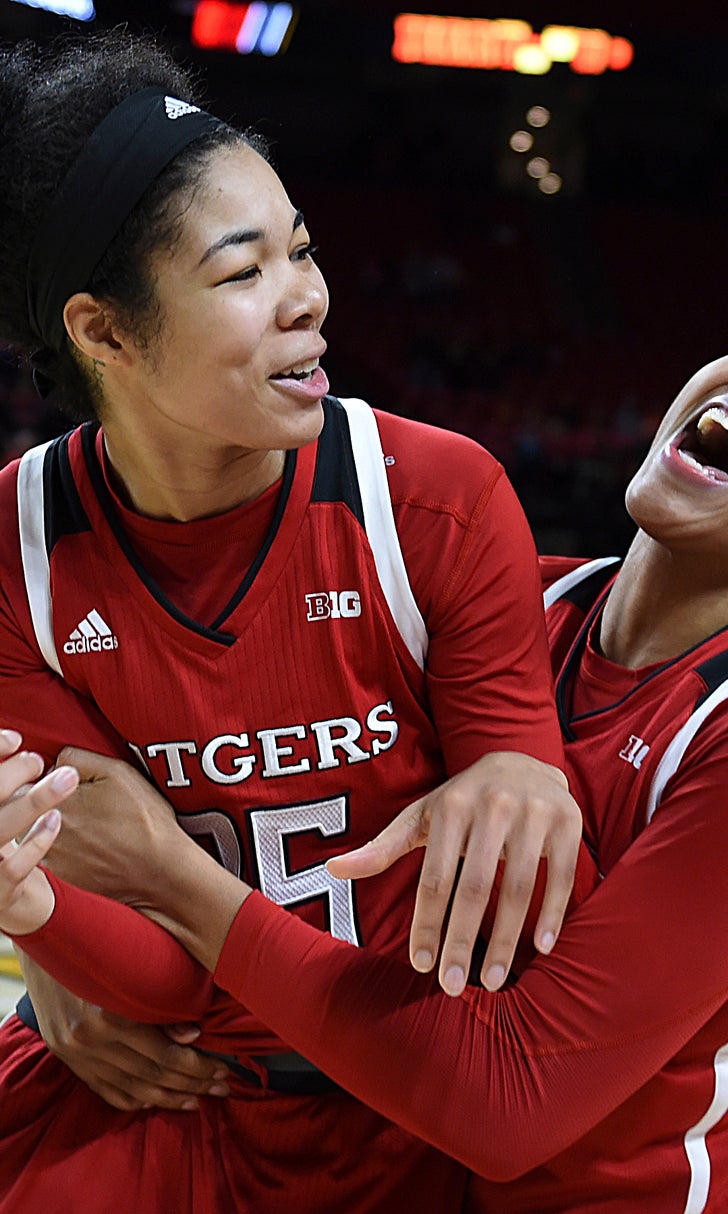 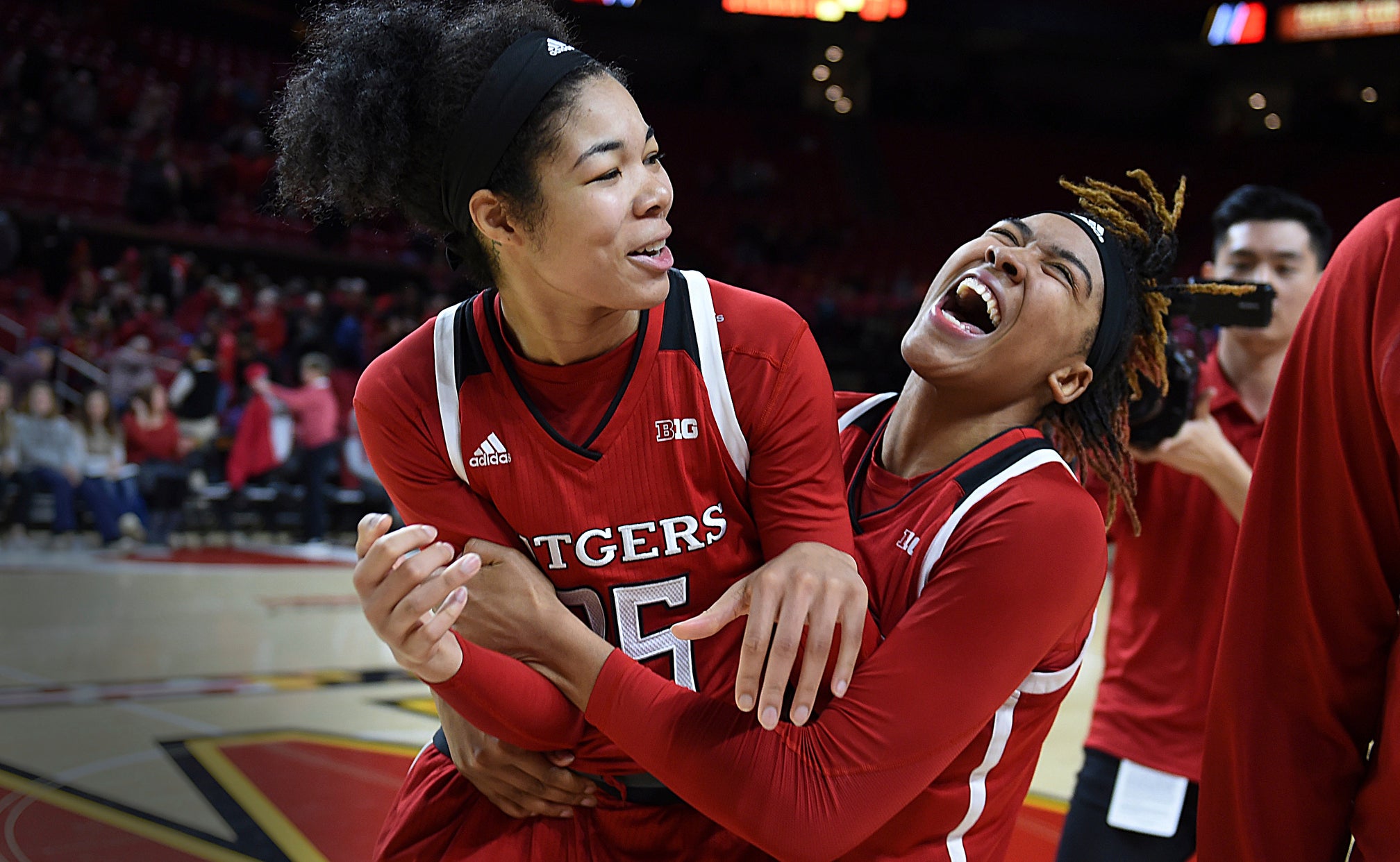 Dominant rebounding leads Rutgers to upset of No. 4 Maryland

On Monday, her team found out the hard way.

Stasha Carey scored 18 points, Ciani Cryor had 12 points and 11 assists, and Rutgers gave a dominant rebounding performance in a 73-65 victory over No. 4 Maryland to hand the Terrapins their first loss of the season.

"When I watch it on film, anyone can beat anyone," Frese said of the conference, which Maryland joined four seasons ago. "This is a perfect example. A team that is unranked, but the rosters are full of talent. So you can't out-talent people anymore."

Charise Wilson and Noga Peleg Pelc added 10 points apiece for the Scarlet Knights (9-3, 2-0 Big Ten), with all of Peleg Pelc's coming during the fourth quarter.

Cryor also had nine rebounds for Rutgers in a stunning team performance on the glass. The Terrapins entered Monday ranked second in the nation in rebounding margin at plus-17, but Rutgers led 19-8 on the offensive boards and 38-28 overall.

Afterward, Knights coach C. Vivian Stringer attributed that effort to a suddenly healthy squad, which went three players deeper into its bench than its ranked opponent.

"We have really been practicing with the full complement of players for about two weeks," she said. "You could see different lights, different things that would happen, and think, 'Man if we can get all these people on the floor at the same time.' . So we've all come together at this special spot to make something special happen."

Taylor Mikesell scored 18 points and Kaila Charles added 15 for Maryland, which lost for the first time since the second round of last year's NCAA Tournament. The defeat comes two days after the Terrapins (12-1, 1-1) trailed following three quarters at Penn State, only to close the game on a 21-4 run.

"We're going to get everybody's best game," Mikesell said. "Coach B was big about that coming in, and we finally had to have it happen to us to really know it's a real thing."

Maryland led only twice after the opening quarter, the last time when Charles hit a pair of free throws to make it 53-52 with 6:32 left and cap a stretch when she scored eight consecutive points for the Terps.

Peleg Pelc answered with a jumper and followed with a 3-pointer to stretch it to 57-53, and a few possessions later, Arella Guirantes hit another 3 to make it 60-56.

Then with a chance to cut it to a one-possession game, Charles lost the ball and Carey was first to grab it while Cryor called for a Rutgers timeout. The Knights hit six straight free throws to complete their first win against a ranked opponent since defeating No. 13 Michigan in February.

"This is the first time that we've been able to know we have depth," Stringer said. "And I'm so happy that the seniors who have been here, that they're able to know that all these things are possible."

The loss was only the Terrapins' fourth at home in Big Ten play since they moved from the ACC before the 2014-15 season.

Rutgers: The Scarlet Knights may have discovered something about themselves on the perimeter, hitting nine 3-pointers and nearly doubling their season average of 4.7 entering Monday.

Maryland: In terms of rankings and tournament seedings, the Terps' loss may be more costly than a normal December defeat. Maryland has only three games remaining against currently ranked teams, none ranked higher than No. 12 Minnesota.