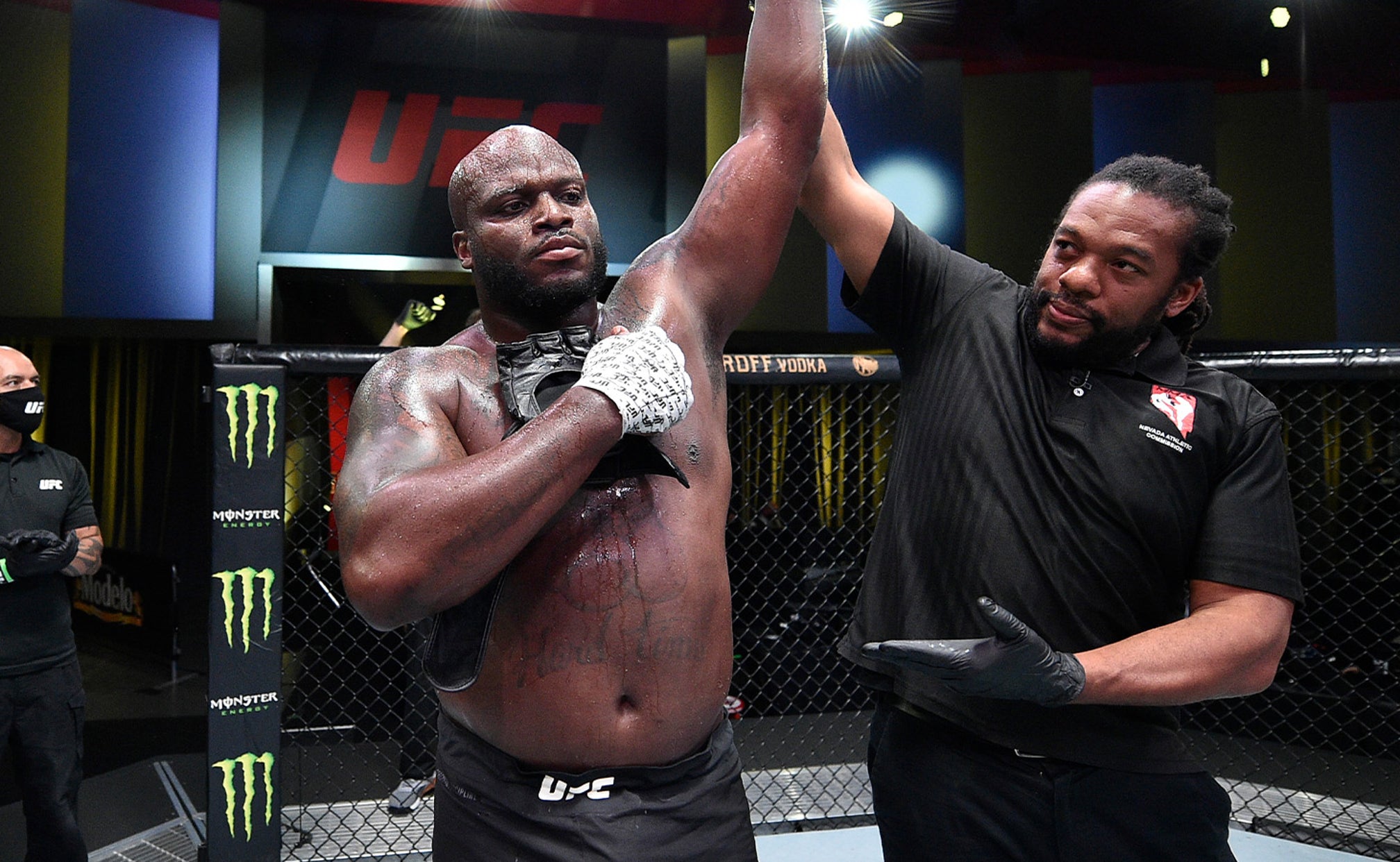 The TKO came early in the second round, when Lewis rushed Oleinik with a flying knee, a strong right, then a flurry of punches.

Referee Herb Dean called the fight 21 seconds into the round, making Lewis the new recordholder for knockouts in the UFC’s heavyweight division.

In typical Lewis fashion, though, the heavyweight made headlines with another iconic post-fight interview.

Speaking with Paul Felder after the win, Lewis apparently didn’t know his microphone was on when he told someone off-camera that he needed to use the restroom.

Although, his word choice was a bit bluer:

As for the other main event, which was held at the UFC Apex in Las Vegas with no fans in attendance due to COVID-19 protocols, former champion Chris Weidman earned a unanimous decision vs. Omari Akhmedov.

It marked Weidman’s first win in over three years, and the 36-year-old took to calling out the rest if the middleweight division in his post-fight interview:

The full results from UFC Las Vegas 6 can be found here.