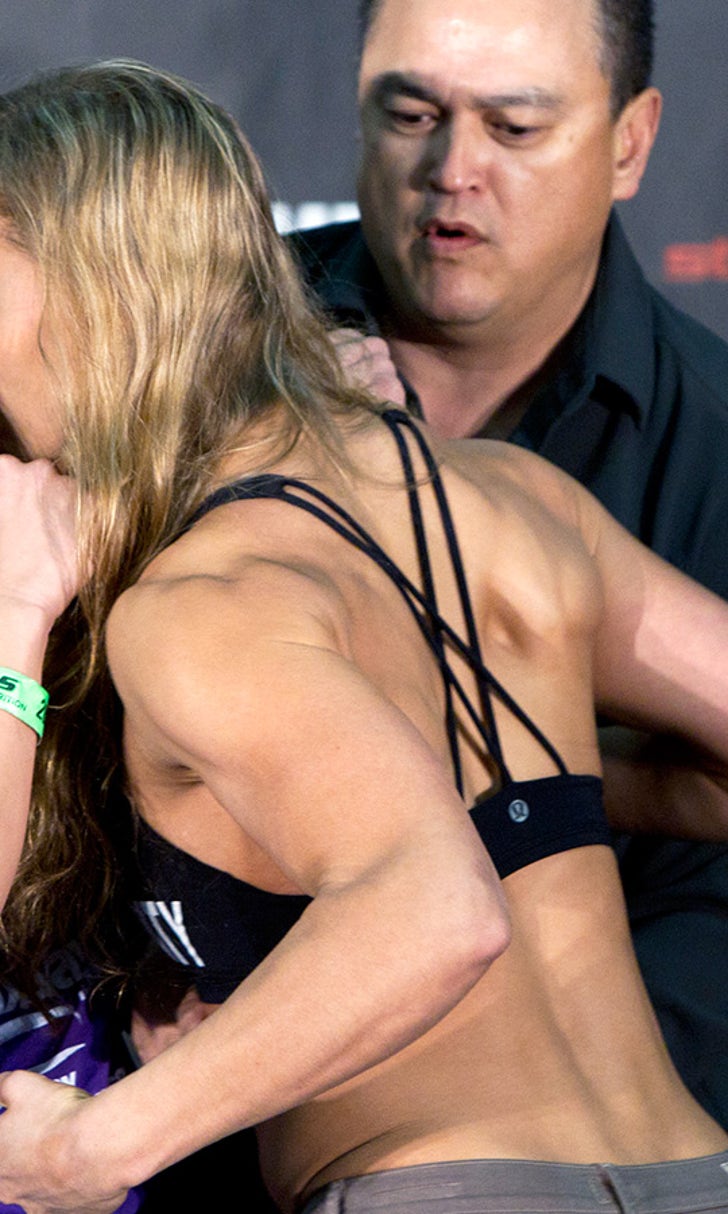 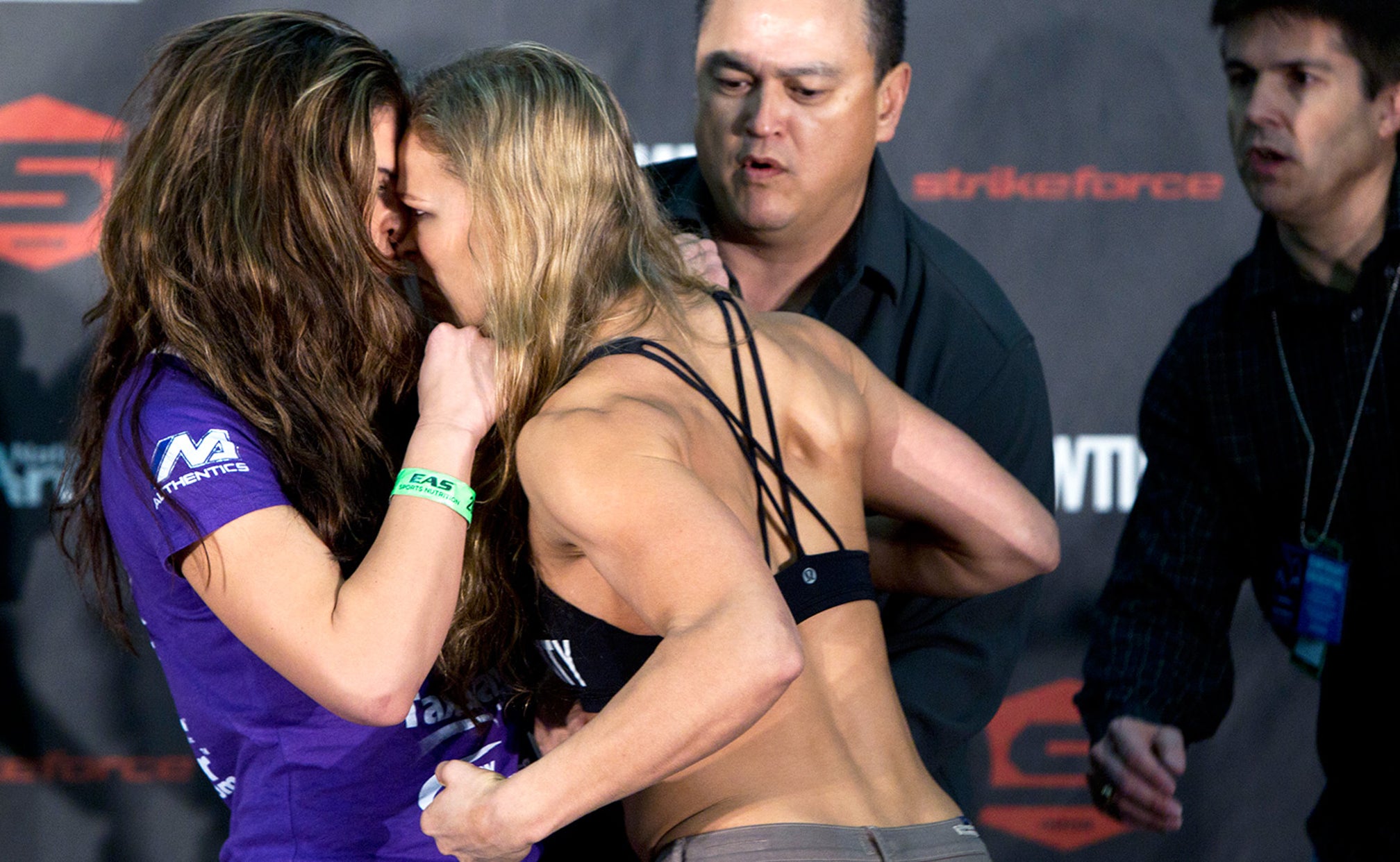 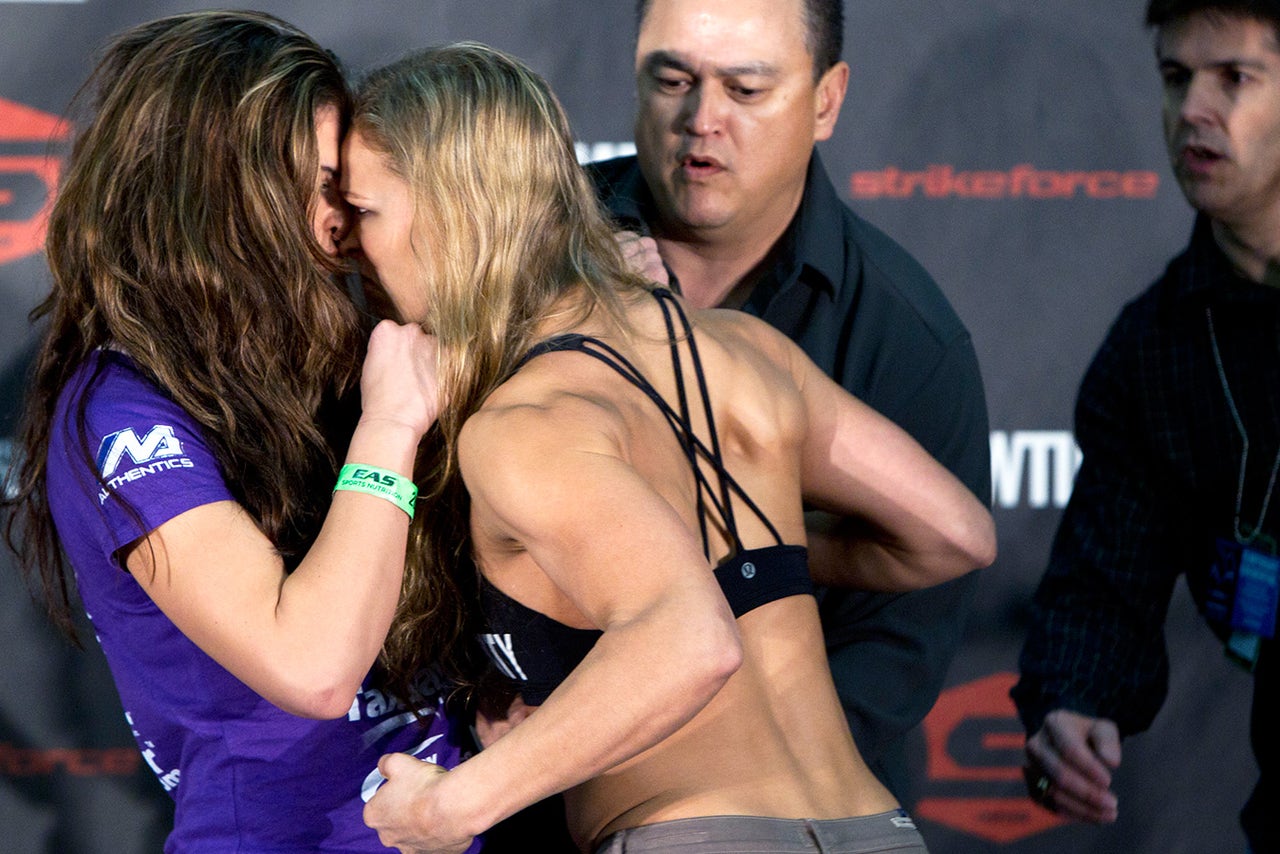 There's an underlying resentment Miesha Tate has for Ronda Rousey. Before their first fight, before Rousey ripped her boyfriend and before The Ultimate Fighter, Tate had a simmering dislike for the current UFC women's bantamweight champion — and it wasn't anything personal.

Tate still carries that around today, the original reason why she couldn't stomach her opponent Saturday at UFC 168: Rousey, she believes, did not pay her dues.

Rousey, in Tate's eyes, is an interloper, an intruder in women's MMA. She's not a pioneer. She has just caught the wave at the right time.

That's not to say Tate doesn't believe Rousey has earned her fame and her belt. She just believes that Rousey has little in common with the greats of women's MMA before her — ladies like Tara LaRosa and Megumi Fujii.

"Every single woman that fights MMA has done just as much work as Ronda has, we just haven't gotten as much turnaround," Tate told FOX Sports on Monday. "Those women who came before her haven’t been on magazine covers, they weren't plastered everywhere by the UFC. They didn't get the same reward back. She got 10 times back what she was putting in and maybe everyone else was getting 1 to 1."

Tate and LaRosa have bad blood, but Tate still puts her on that pedestal as an originator. Tate believes a win for herself Saturday is a win for all the women who fought "for breadcrumbs" and "only for the love of the sport."

"I'm gonna talk about that," Tate said. "I've been there and experienced it. I'm gonna share some of the limelight. These are the girls who deserve a pat on the back."

Rousey (7-0), 26, was an Olympic bronze medalist in judo in 2008 and had yet to start training in MMA. Tate (13-4), 27, was already a pro fighter at that point, fighting in places like Evansville, Ind.; a long way — geographically and figuratively — from the Las Vegas Strip where she'll be fighting Rousey on Saturday.

Rousey has seven career fights, the last one coming as the first women's fight in UFC history back in February against Liz Carmouche. Tate's seventh fight? In Shawnee, Okla., for an organization called Freestyle Cage Fighting. 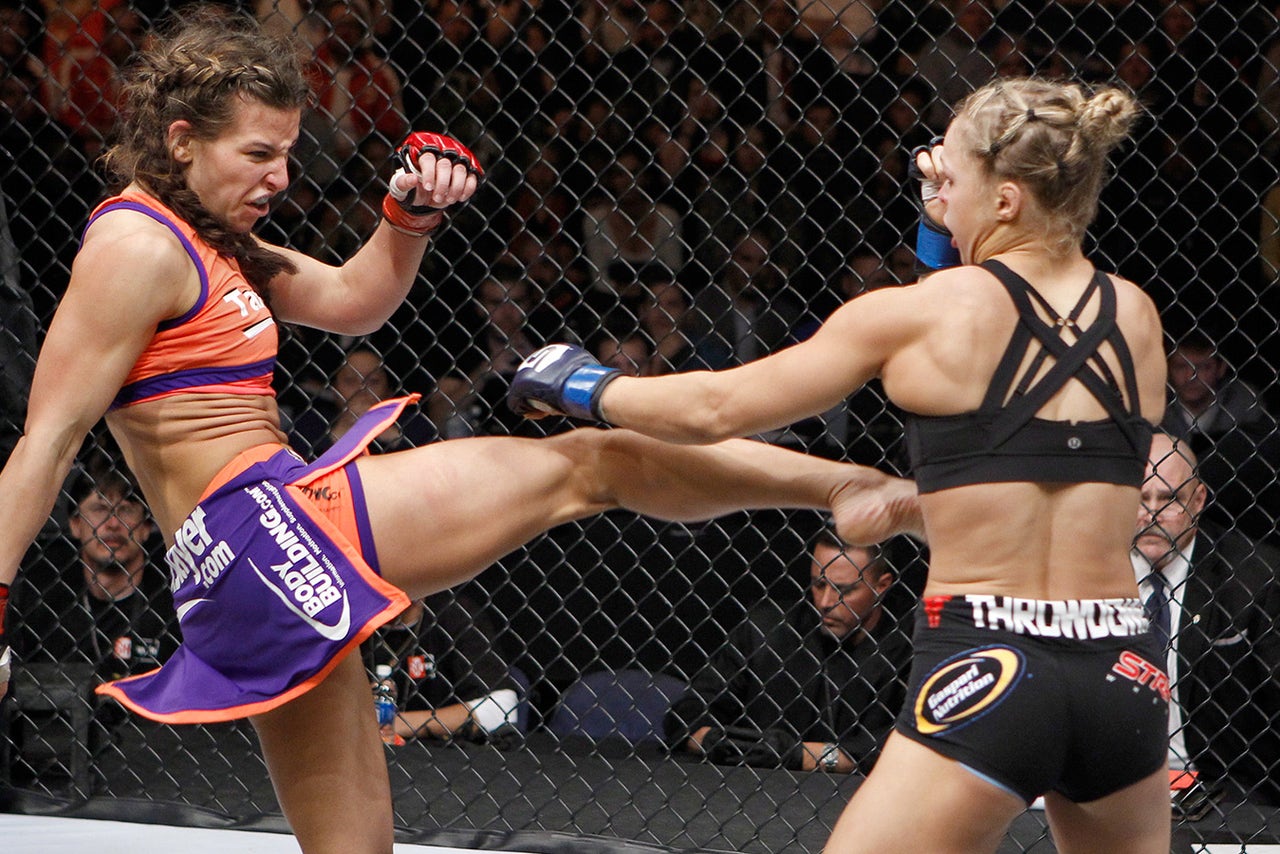 "I know what it was like to be fighting for breadcrumbs and not to be taken seriously," Tate said. "I didn't just jump into this. It's no disrespect to Ronda, she's a great athlete. But there's another side to the story that people aren't seeing. Girls didn't get the same things Ronda has gotten."

It's hard to argue that Rousey elevated women's MMA. How many times has UFC president Dana White credited her for convincing him to promote female fights? If you hear Rousey tell it, she took a different approach. She spoke her mind, became a powerful voice. She talked trash — something the women before her did not do.

"She runs her mouth," Tate said. "She's very loud, very boisterous, very opinionated. Love her or hate her, you take notice of her. I think that's the biggest thing. She's different than most of the girls who fight in MMA."

"A lot of fans out there have the WWE mentality," Tate said. "Those are the fans that fell hook line and sinker and loved her. She was that controversial one, that s**t talker, she started drama."

When Rousey emerged last year for Strikeforce and started to call out Tate — then the champion — it drove Tate crazy. She had the title and Rousey seemed to be getting the push.

"I was really resentful and pissed off," Tate said.

She's come to peace with it now, but knows Saturday will change everything. The Ultimate Fighter had made Tate a star nearly on the level of Rousey. And at UFC 168, she has a chance to be the face of women’s MMA — a champion, in her mind, that would be true to her forbearers.

"That motivates me," Tate said. "I think about the sacrifices I had to put into this sport and the girls before me, they sacrificed even more."

Those girls were fighting for breadcrumbs and they did it only for the love of the sport. That's pure. That's admirable.