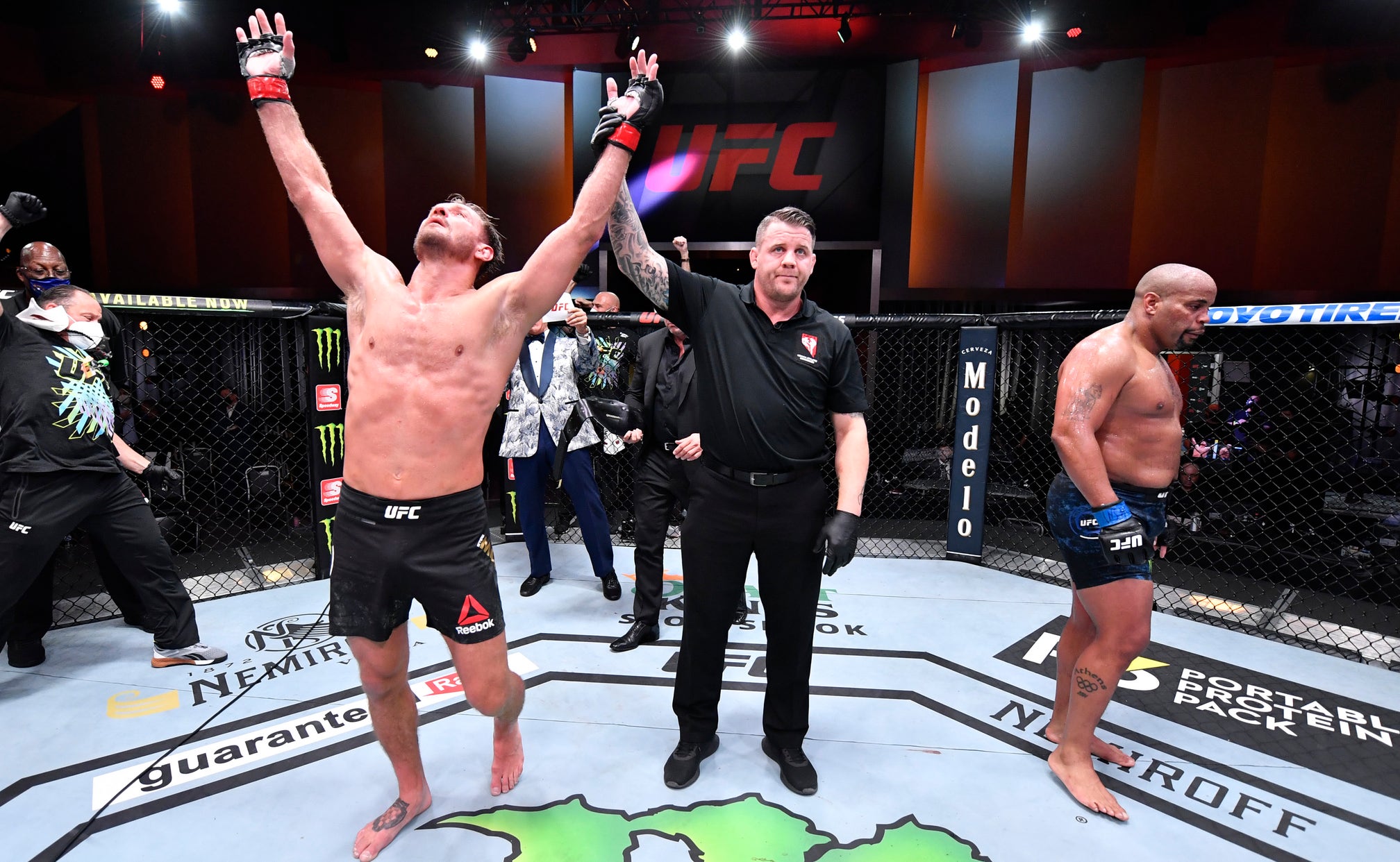 Stipe Miocic earned a unanimous decision victory over Daniel Cormier at UFC 252 on Saturday night, retaining his UFC heavyweight title and defending the belt for a record fourth time.

The two men have officially shared the Octagon three times. Cormier wrested the belt from Miocic at UFC 226 in July 2018 via 1st round KO. They fought for a second time at UFC 241 in August of last year, with Miocic topping Cormier via 4th round TKO.

And on Saturday, Miocic ended the rivalry by emerging victorious in the rubber match, sending Cormier into retirement in the process.

"I'm not interested in fighting for anything but titles. I don't imagine there's gonna be a title in the future ... I've had a long run. It's been great."

While Cormier won't be next for Miocic, DC's most bitter rival could be.

After the fight, UFC light heavyweight champion Jon Jones appeared to throw his name in the hat as Stipe's next title challenger.

Several UFC fighters weighed in after the decision, lauding the two heavyweight superstars for their performance.

Check out the highlights from Saturday's title fight below: