Weight cutting in mixed martial arts has always been a major part of every fighter's preparation but only recently has the practice come under a much brighter spotlight with greater scrutiny from promotions as well as athletic commissions.

California has recently adopted a rigorous new set of rules to not only curb behavior that could be detrimental to fighters, but also protecting athletes from being depleted on the scale one day and then expected to perform at their best the next.

The increased focus on weight cutting has led many top named fighters to team up with nutritionists to assist with food preparation as well as learning the best possible practices during camp to ensure stepping on the scale isn't the hardest battle before walking into the cage.

Like any other business, nutritionists make a living by providing a service to the fighters, which obviously requires payment so there are many times up and coming athletes can't afford that luxury like more established competitors already signed to deals in the UFC.

Brian Butler of Suckerpunch Entertainment saw an opportunity to change that with 10 of his fighters signed to UFC president Dana White's upcoming contender series by providing them with the same nutritionist that will work with Conor McGregor on his upcoming fight against Floyd Mayweather.

"Our prospect list is pretty high, which is why we have 10 fighters currently signed to the contender's show and it's so important for these guys to make it to the next level that myself and my partner Bryan Hamper talked about it and we want to give our fighters as many advantages as possible to shine in front of the UFC cameras and possibly get that next step to go to the UFC. I know how hard weight cutting is for the fighters and how much nutrition plays such a big role and I've seen what George Lockhart has done over the years," Butler told FOX Sports.

"I gave him a call and I figured it's worth the investment on our part if it helps our guys get to the next level."

Lockhart, who has worked with a long list of top UFC athletes and champions, was stunned when he got the call that he was being hired to handle the weight cuts for 10 prospects rather than established stars.

In a perfect world, Lockhart says he'd love the chance to work with more up and coming fighters because breaking bad habits with weight cutting before even getting to the level of the UFC would be a huge advantage for them.

"The whole purpose of our company was to actually work with people who couldn't afford it because as a fighter a lot of people thing fighters are these millionaires and the truth is they're not," Lockhart said. "They're trying to work their way up and when they're trying to make it to that next level, the weight cut is so vital and it's going to have an effect on their career long term. Fighters don’t really look at that. They want to be a champion by any means necessary and whatever happens in the weight cut is what's going to happen.

"We work with a lot of champions and a lot of top names and we work with a lot of people who are starting to realize that this is something they need to take advantage of and it's kind of hard for the lower level guys. Brian calls me and says I've got 10 guys I want you to take care. I'm thinking he's talking about Max Holloway, etc and he said no. I'm talking about my up and comers. He wanted to take care of the guys who are coming up and they are the ones that need it the most. This is a first for me. This is new to me." 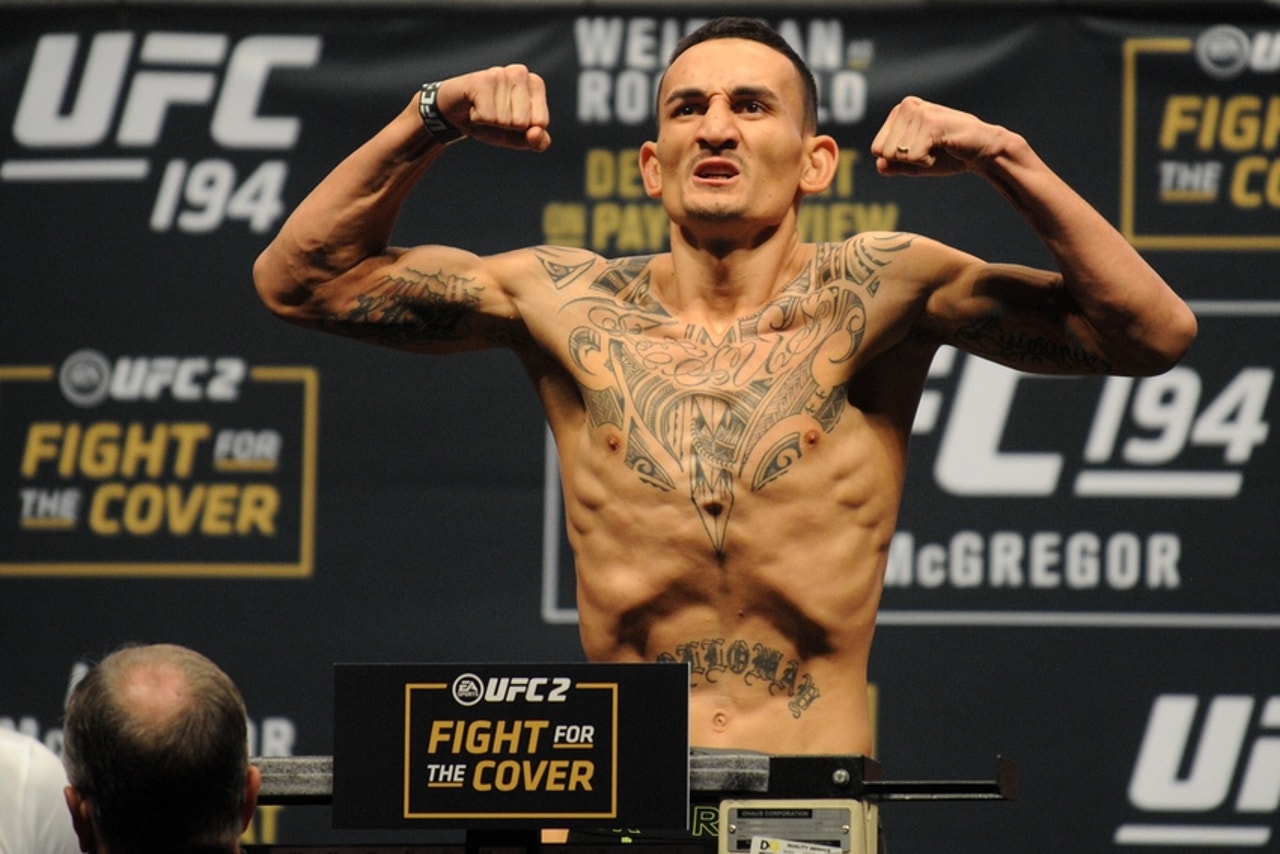 Lockhart says there are so many misconceptions about weight cutting in mixed martial arts that a big part of his job is re-educating athletes on the proper way to do it after so many mistakes have already been made over several years.

Lockhart believes working with fighters who are just now developing into UFC level talent is the perfect opportunity to put them on the right path for success rather than suffering through a series of brutal weight cuts until they can finally afford this kind of help.

"One of the things I always tell people is you don't know what you don't know. It's funny because a lot of people say 'I've never missed weight before'. I hear that all the time. Just because you've never missed weight before doesn't mean you're doing it correctly," Lockhart said. "It's kind of like somebody saying 'I've never been submitted before so I'm not going to work on jiu-jitsu' or 'I've never been knocked out so I'm not going to work on striking'.  You work on it so you don't lose to that. We all know in the UFC, it's such a tight knit game that if you have a bad weight cut and you lose that fight, it's going to take three or four fights to get back to where you were.

"It's sad because a lot of people we work with have been doing this for such a long period of time, we're talking about world champions, and then I find out how they've been cutting weight and it blows my mind. The fact that they want to invest in these guys and show what a weight cut is supposed to feel like, what a performance is supposed to be after a weight cut, that speaks volumes."


Butler says the idea to hire Lockhart for all of his prospects was actually spawned by a request from Kurt Holobaugh, who will be fighting in the main event for the first edition of Dana White's Tuesday Night Contender Series when the show debuts in July.

Holobaugh made a request to work with Lockhart and it gave Butler the inspiration to reach out and ask about a plan for all of his fighters competing on the same show.

"I'm fortunate to be in the situation now where we've got a good business model in place and I can do this," Butler said. "I feel like if we're in the position to do this for them now, the investment will come back.

"More than that, I think the fighters will know that we're not in it to just cash a quick buck on them. We're in the position to help them succeed in the best way possible throughout their careers."

Lockhart says this also gives him the chance to connect with fighters who were just like him coming up on the regional MMA scene who are just trying to get a chance at competing in the big show.

At one time, Lockhart was an aspiring fighter himself but he never quite made it to the level of the UFC so he knows the struggles that these athletes are going through just trying to receive that kind of opportunity and he relishes the opportunity to help them.

"The truth is I can relate to these fighters more than I can Daniel Cormier and Conor McGregor because I fought for 12 years and there was no way in hell I was close to becoming a UFC champion," Lockhart said with a laugh. "I was nowhere close to fighting Floyd Mayweather.

"I love these guys and I love D.C. and I love Conor McGregor, but I can relate to these young fighters. We wanted to help people and it's great to see someone willing to invest in these fighters' futures."