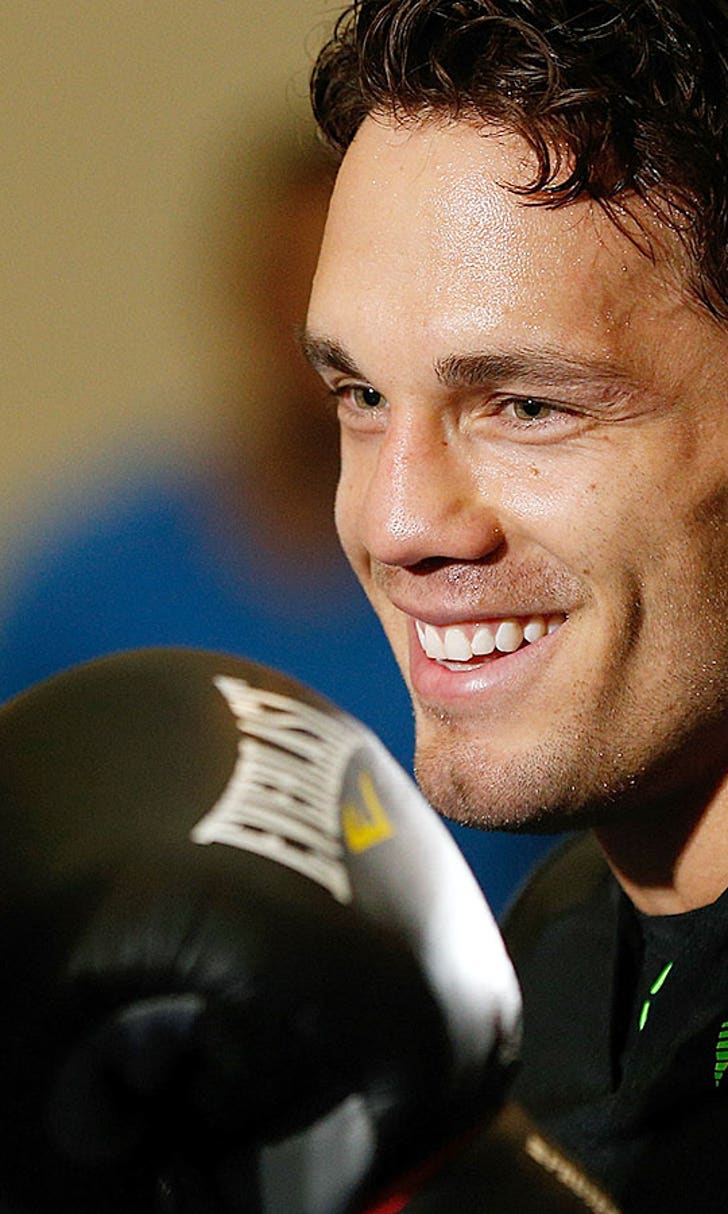 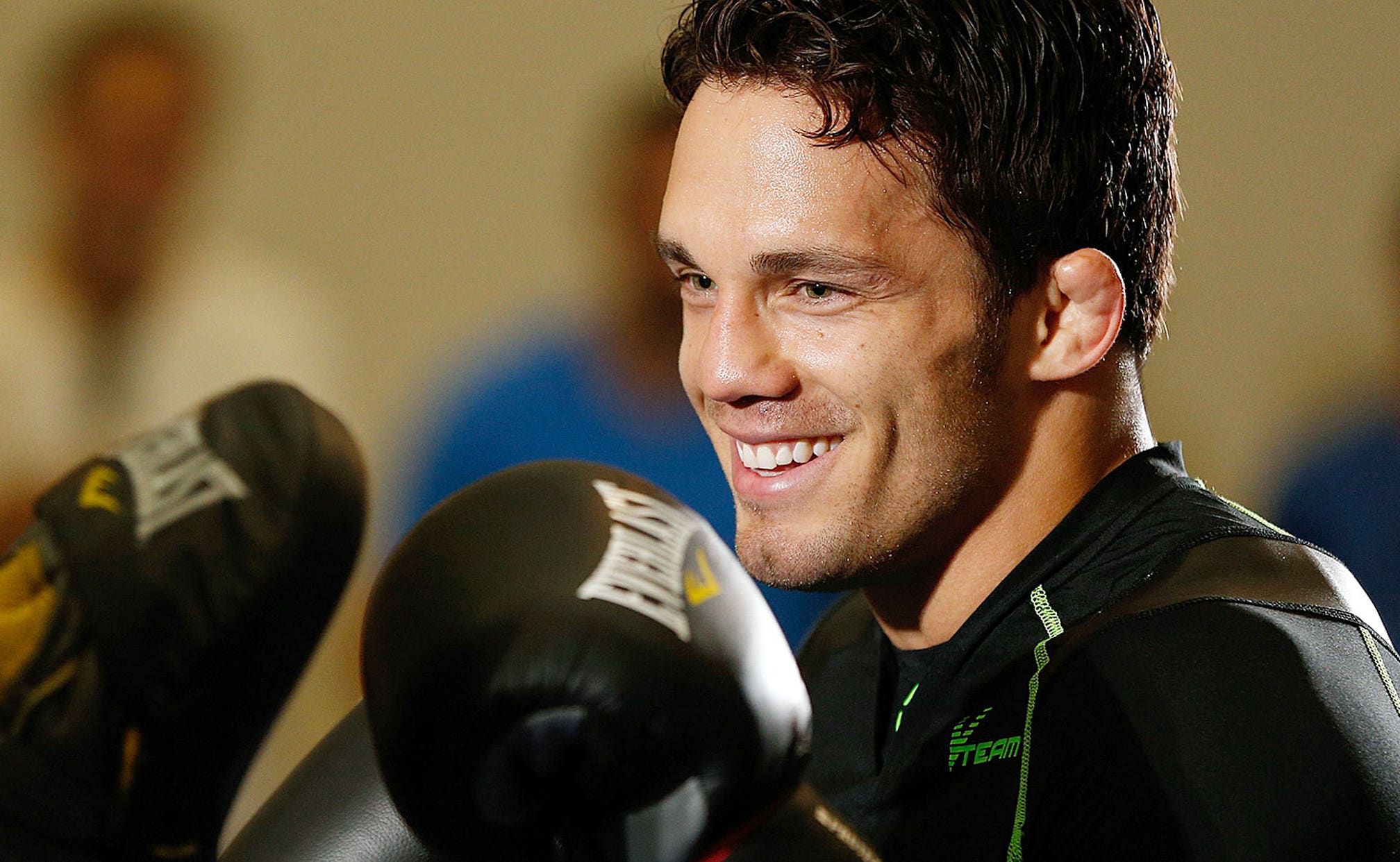 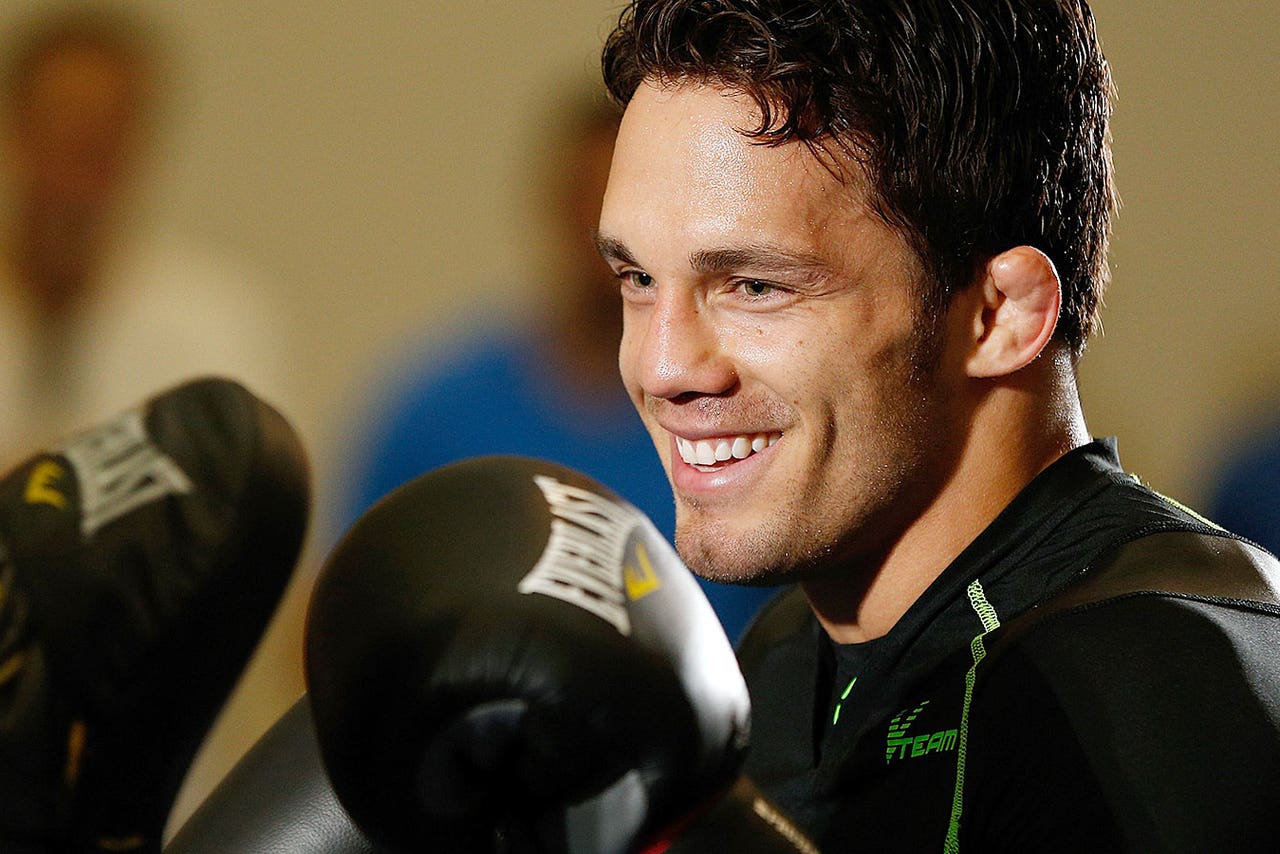 Athletes who perform at the highest levels don't just hit the court, the field or the cage without going through a rigorous warm-up and when the job is done, finding the right way to recover.  There's also the factor of injuries that often times mount up over the course of a season or year that won't keep someone from competing, but it doesn't make it hurt any less.

Hyperice was a company founded in 2010 with the principles of helping athletes recover and rehabilitate the right way with a high performance portable ice compression device.  The result ended up with several high profile athletes signing on to not only use the products, but to invest in the company.  Names like Blake Griffin, Troy Palamalu and Hope Solo all got on board representing sports like football, basketball and soccer.

For the first time ever, Hyperice is now partnering with an MMA fighter to help expand their brand into the fight market, which is a completely new avenue for the company.  UFC welterweight Jake Ellenberger was originally just a fan of the Hyperice products when he was introduced to them by his manager while looking for a way to rest and recover after a hard workout.

"I was turned onto Hyperice through my manager Morgan Smith really just to help me recover.  When I was first introduced to the ice compression devices, I just saw how much it helped out after training. I just believed in their products," Ellenberger told FOX Sports.

"I had never seen anything like it. It was really innovative."

For Hyperice the chance to work with Ellenberger was the opportunity to expand into a sport where their products probably make the most sense.  MMA is a competition unlike basketball or football where the fighters are routinely pushed to the brink and back again while working out two or three times a day just to get ready for a bout.

A MMA fighter's body is broken down several times throughout a training camp and then built back up again to get ready for fight night.  Hyperice executive vice president of marketing and business development, Jim Huether saw just how beneficial their products would be for fighters and teaming up with Ellenberger gave them the perfect opening.

"MMA has obviously become a force in major sports and recovery, injury prevention and movement enhancements are the three pillars of our company.  We like to say we develop innovative products to fit those three categories so to speak.  When you think about MMA, a lot of it has to do with movement.  How well you move, how well you strike, how well you react?  This just fits MMA perfectly," Huether said.

"The casual sports fan knows LeBron James more than the average MMA fighter, but that's starting to change as the emergence of the sport continues."

The newest product from Hyperice called the Vyper is another direction for the company and something Ellenberger wanted to get in on at the ground floor.  The Vyper is a tool that combines pressure and vibration to help loosen and stretch muscles either prior to a workout or as part of a recovery program for sore body parts that need some extra work.

Ellenberger tried out the Vyper and instead of just asking how he could score a few more for his gym, he immediately thought about investing in the company long term. Hyperice was excited to bring him on board and now they are working together to bring the Vyper to markets everywhere.

"It's incredible for a MMA fighter.  Jake came on at a perfect time with Vyper and he started using it and showing it off at his gym and he immediately had like four or five other guys that wanted one immediately.  He's helping us spread the word, get the word out and helping us connect with gyms and other ambassadors that are key with MMA," Huether said.

Whether it's the Vyper or the already well known ice compression devices Hyperice is so well known for, Ellenberger believes this is a game changer for the MMA industry as a whole.  With so many fighters falling out due to injury or dealing with nagging bumps and bruises before and after every fight, Ellenberger sees Hyperice as a way to save a fighter's body today, tomorrow and forever.

"It's the toughest sport in the world and MMA takes the most from you.  No other sport makes you change your lifestyle the way MMA does -- you've got to be on weight, you've got to be disciplined when you go to sleep, and no other sport creates this cumulative fatigue that MMA does. You're constantly breaking your body down.

"Rehab, recovery and longevity and that's kind of the goal of having a better quality of life and it's absolutely made for MMA."