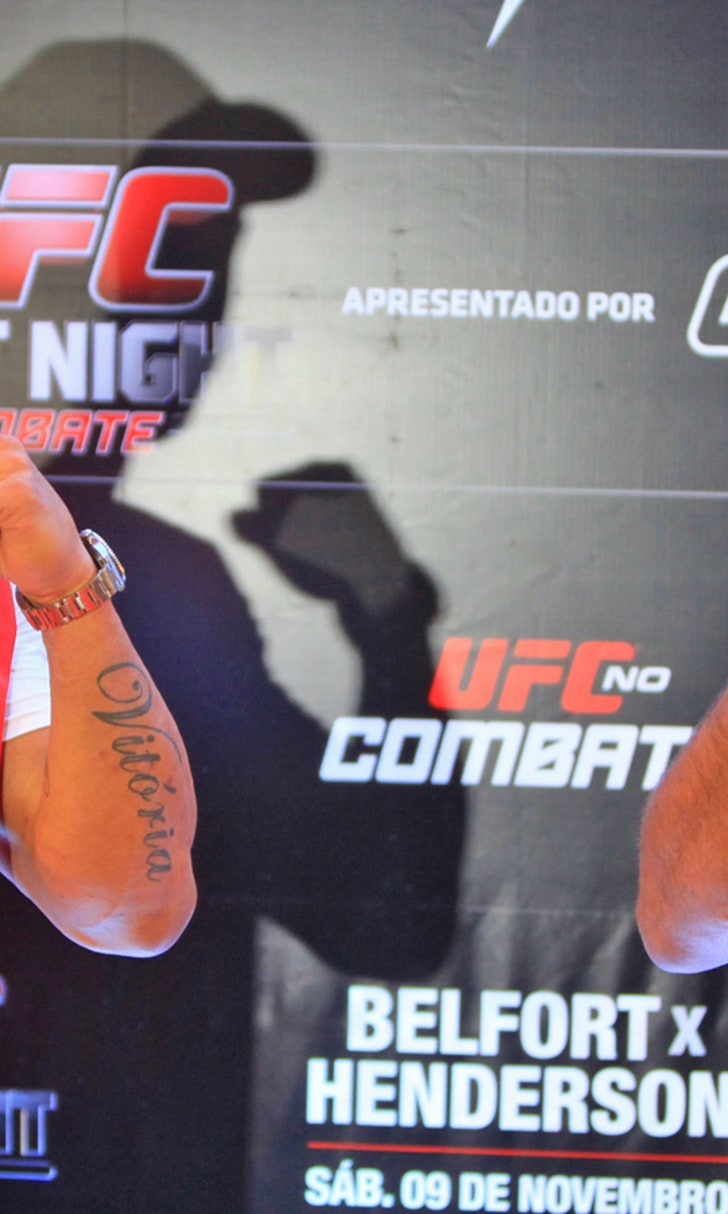 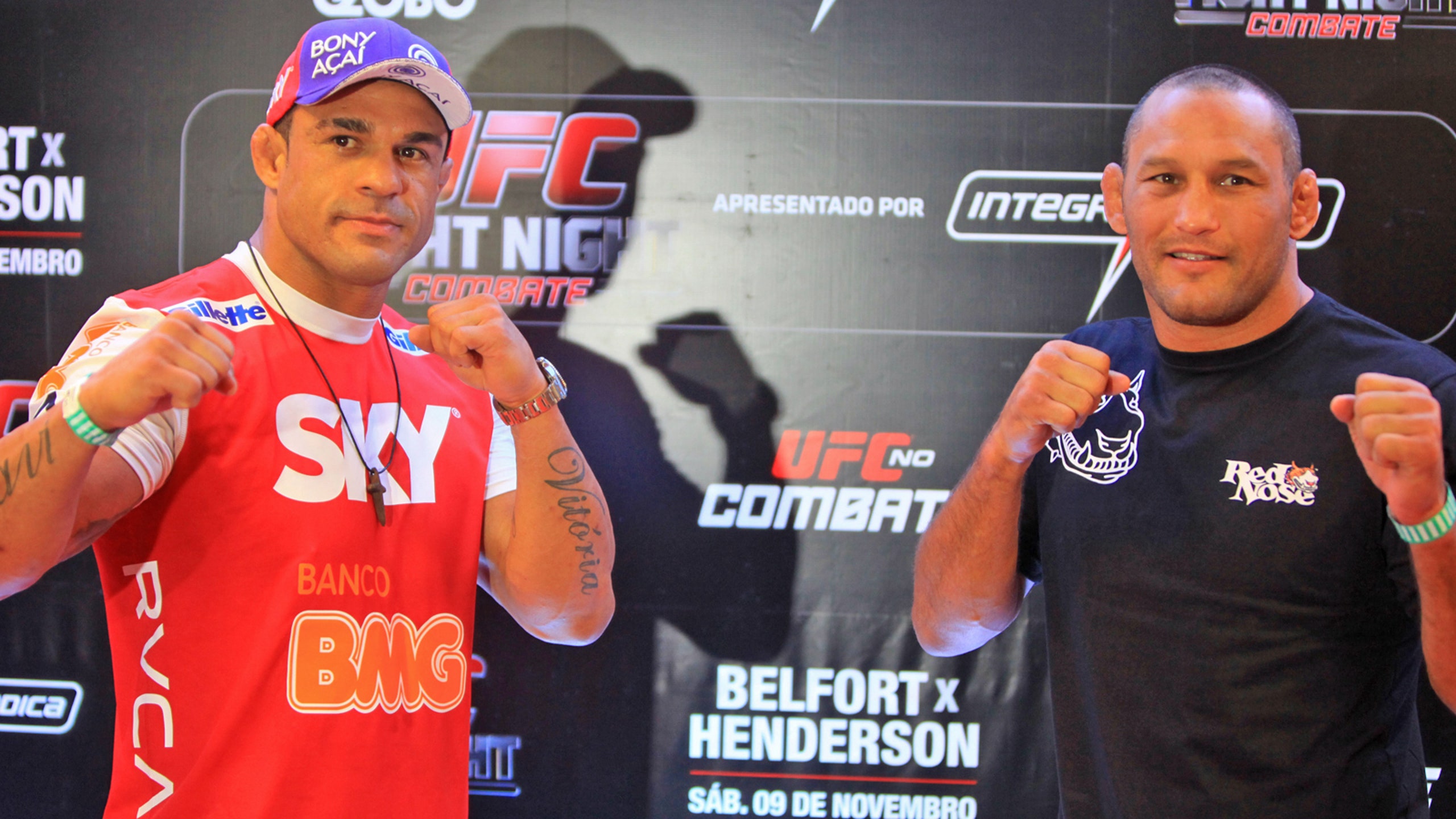 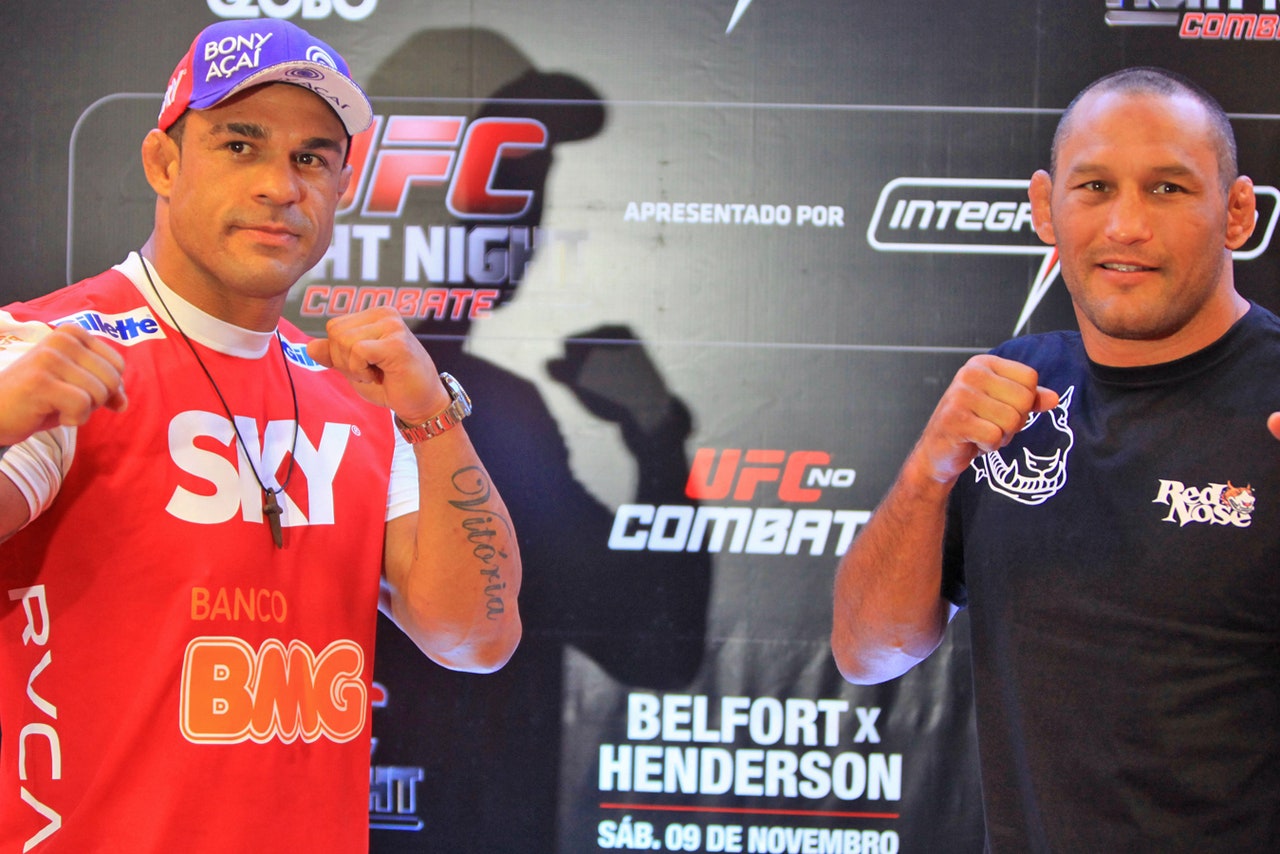 For the third time in their illustrious careers, Vitor Belfort and Dan Henderson will meet with bragging rights on the line as these two legends face off in the main event of FS1 UFC Fight Night from Brazil on Saturday.

Belfort looks to bounce back following a loss in his last fight to middleweight champion Chris Weidman in July while Henderson tries to avenge his previous bout with the Brazilian where he suffered the first knockout loss of his entire career.

Also on the card, perennial contender Glover Teixeira will go for his second win in a row as he takes on noted wrestler and light heavyweight prospect Patrick Cummins in the co-main event.

Both fighters made a statement the last time they stepped into the Octagon and the winner of this fight will surely make waves at 205-pounds.

To make sure you don't miss a minute of the action from the weigh-ins through the main event, here's a full schedule and viewing guide for FS1 UFC Fight Night: Belfort vs. Henderson.

Where to watch: FS2 or FOX Sports GO

To officially kick off the fight weekend, get ready to see all the fighters hit the scale before staring down just 24 hours away from the show.  The weigh-ins can often times tell the tale before the fights on Saturday night so this is a great way to see who has the edge before even stepping foot in the cage.

The first three fights of the night will kick off on UFC Fight Pass including:

Before the fights kick off at the bottom of the hour, hear analysis and picks from the best crew in the sport.  Will Henderson be able to avenge his last loss to Belfort or can the Brazilian get his second win in a row over the 45-year old veteran? Will Patrick Cummins get the biggest win of his UFC career or is Glover Teixeira destined to make another push towards the top of the division?

The first four fights of the night will kick off on FS1 including a battle between American Top Team and the Blackzilians as Gleison Tibau faces off with Abel Trujillo. The four fights on the prelims include:

The main card will kick off at 10p sharp with six featured bouts all leading to the five round headline bout in the middleweight division as Vitor Belfort faces off with Dan Henderson.

Following the night's action, don't change the channel because to hear a breakdown of all the events that just happened as well as exclusive post fight interviews with the biggest winners of the night, keep it locked to FS1 with the special UFC post fight show during FOX Sports Live.