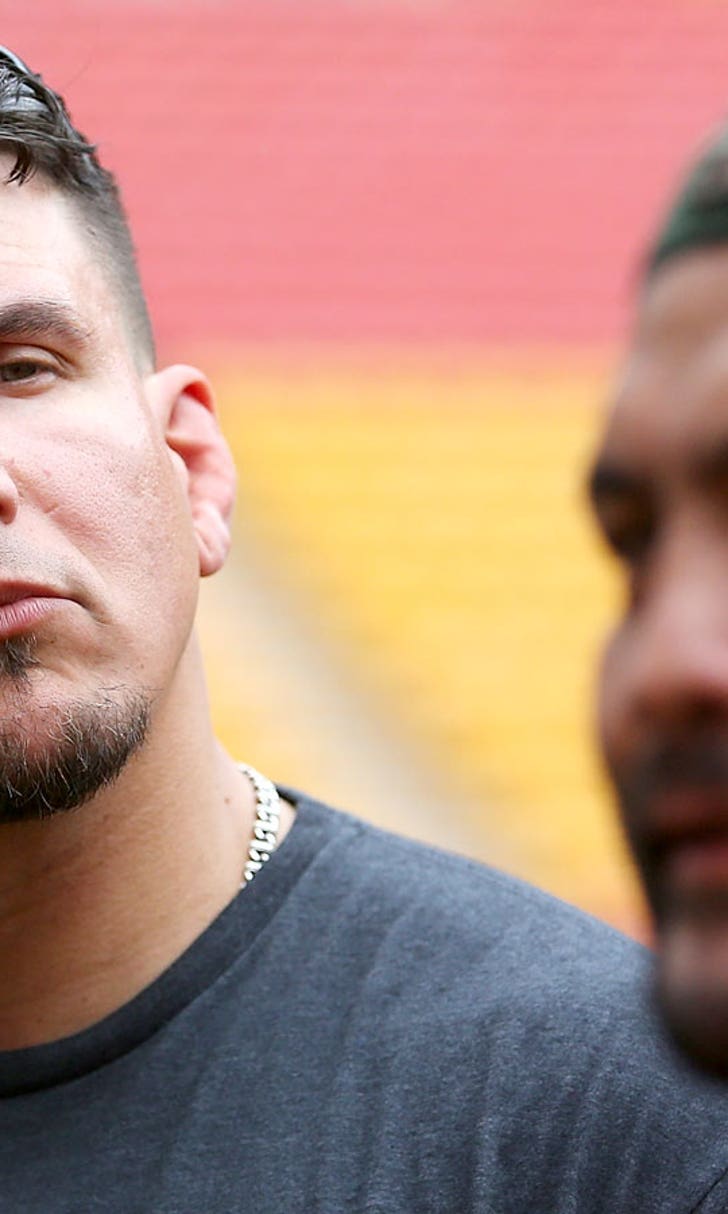 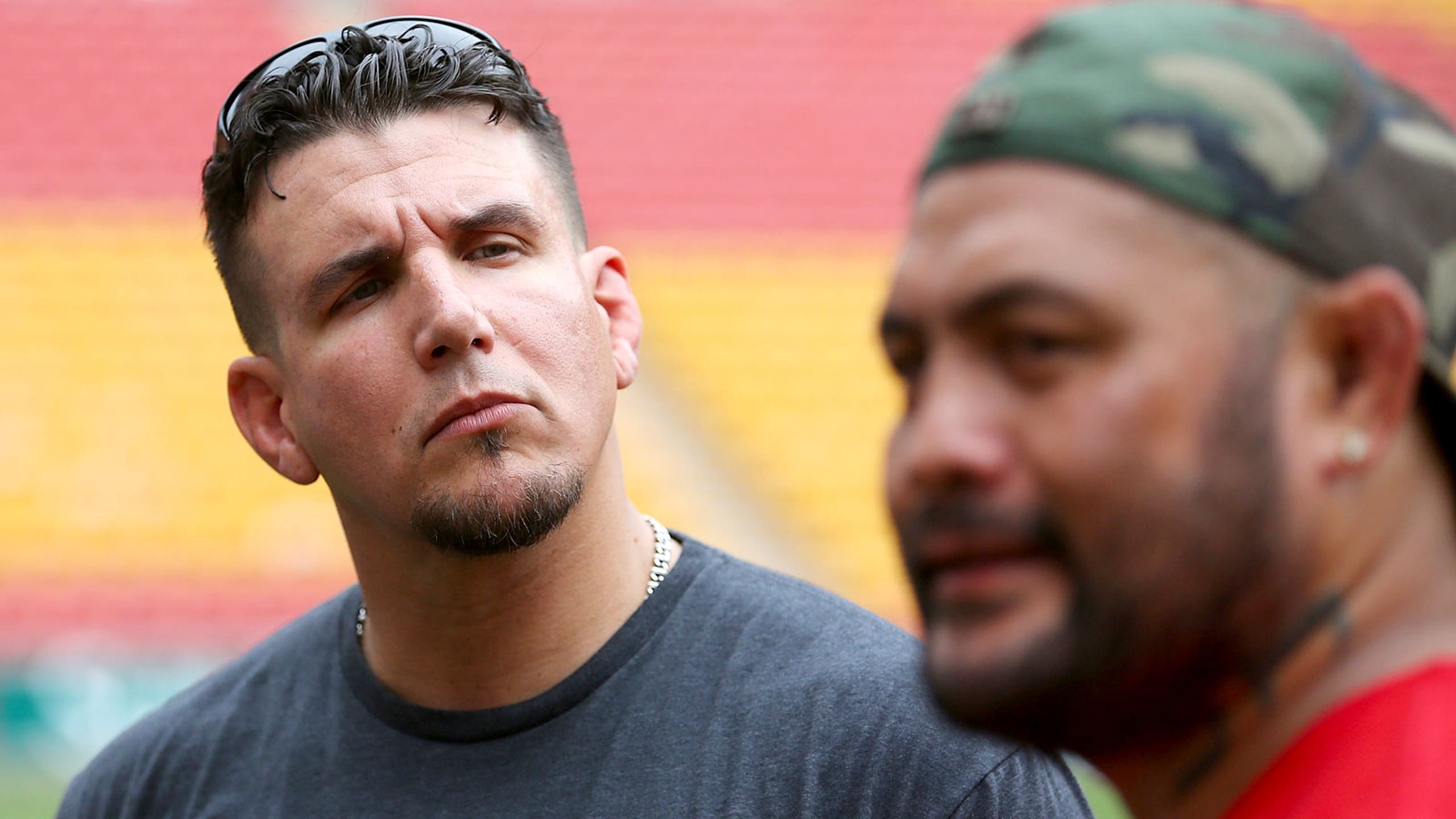 Frank Mir: I'm more dangerous in Mark Hunt's world than he is in mine 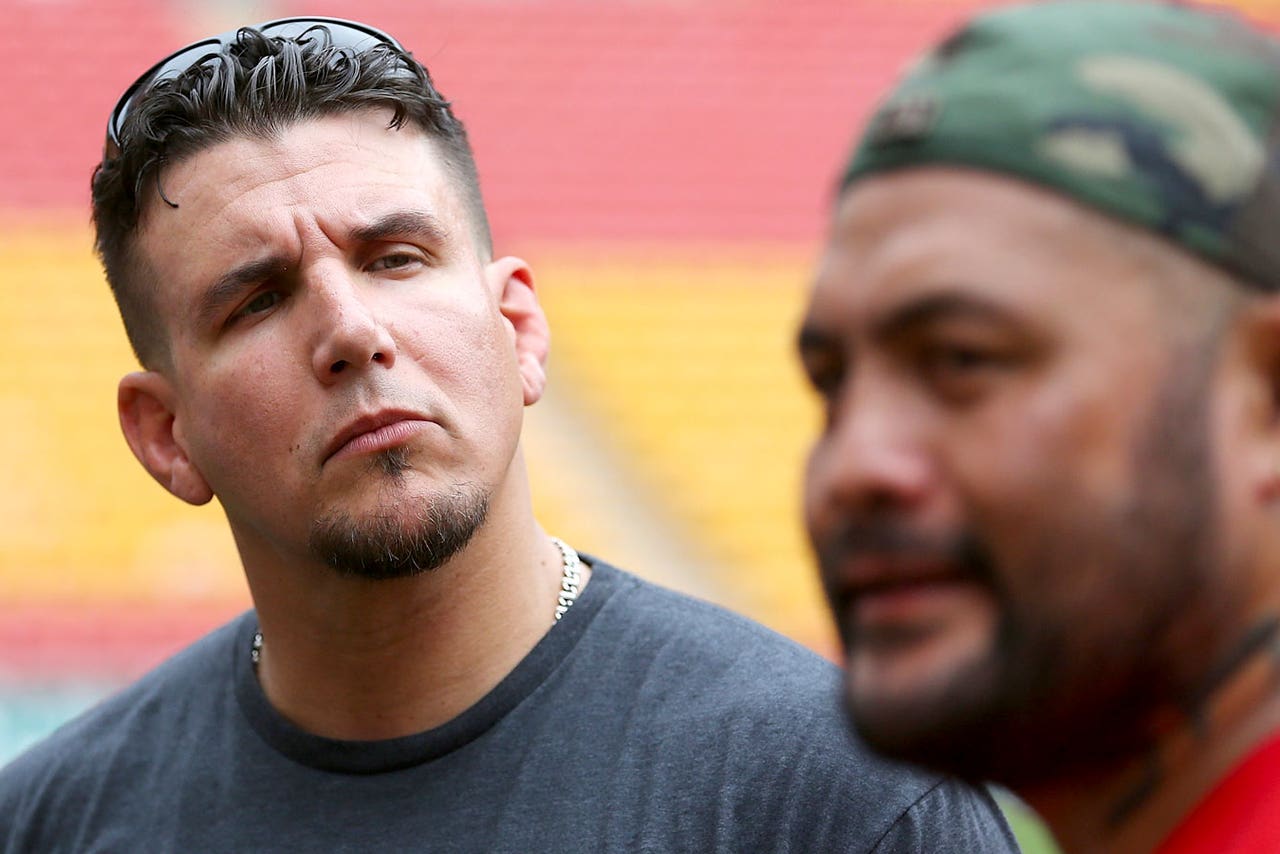 When you speak with Frank Mir and Angelo Reyes, it is difficult to decide which is more high on the other. Mir, of course, is the multiple-time former heavyweight champion who is a shoe-in for the UFC's Hall of Fame whenever he finally decides to hang his gloves up.

Angelo is the striking coach with an extensive background in both karate and boxing who has been behind Mir's recent resurgence. In his last three fights, after sitting out for a year from 2014-2015, Mir has won twice, earning impressive KO's on the feet.

His only loss in that span came via controversial decision in a September fight against fellow former heavyweight champ Andrei Arlovski. Even there, Mir certainly held his own with the dangerous striker.

As he heads into a main event opposite Mark Hunt on Saturday, Mir credits his work with Angelo for the past couple years for his improvement and striking skill development. The two have embarked on a back-to-basics mission to make the submission expert more dangerous than ever.

"When Frank and I started working together, a bit part of what we wanted to do was to just build his comfort level with his hands. We started with basics - balance while throwing punches," Reyes tells FOXSports.

"From there, we moved on to adding more movement to go along with the strikes. But if you don't get comfortable and balanced throwing punches while standing in place, you shouldn't just ad a bunch of movement to that for the sake of it.

"We focus on fundamental things - important things. So, every time Frank does something, it is technically sound. When we master one thing, we move on. Frank really got balanced, comfortable, and felt his power underneath him and then we began adding more movement and kicks. Frank has a karate background and so it has been fun to build on that. Now he's at a point where he's really getting scary."

Reyes and Mir both seem to recognize how threatening of a striker the former K-1 kickboxing champion Mark Hunt is, but their confidence in the Saturday Brisbane main event goes beyond thinking that Mir can take the fight to the ground and submit the adopted Australian.

"We have a lot of respect for Mark Hunt. He's a great fighter," Reyes goes on.

"He's a great striker. I think people will be surprised by how good Frank is on the feet, however."

Mir isn't shy about telling us the same, but a lot of that gushing seems to be genuine excitement for all that he's learning with Reyes. "Working with Angelo just really opened up my eyes. He's got the boxing fundamentals and the karate skill, so he's been able to help me just about everywhere," the fighter explains.

"We've been working these more modern movements for MMA in striking that are actually old, but ignored techniques and movement in the sport - other than with the likes of Conor McGregor or Stephen Thompson or, obviously, Lyoto Machida."

Fans can expect an offensive-minded Mir, both on the feet and on the ground, Saturday, on FS1. Mir knows that his biggest advantages are on the ground, against Hunt, but also believes he's capable of putting down the New Zealander with strikes.

"At its most simplistic, I see my advantage in the grappling world and he sees his advantage in the stand-up. We both want to minimize the other's advantage. Obviously he is a great striker but in my world - in MMA - I've knocked out very good strikers, before," he reminds.

"In my area of strength - grappling - Hunt is purely defensive. In his world - stand-up striking, I'm still dangerous. Mark is definitely improving with his grappling. He's hard to take down, he's hard to submit.

"But wouldn't he be more intimidating if he was submitting people? If he were defending, escaping, and then choking other people out, that would be intimidating. That's what I've been able to do in his world I've knocked out K-1-level fighters with my knees, and with my hands. I'm more dangerous in his world, than he is in mine."