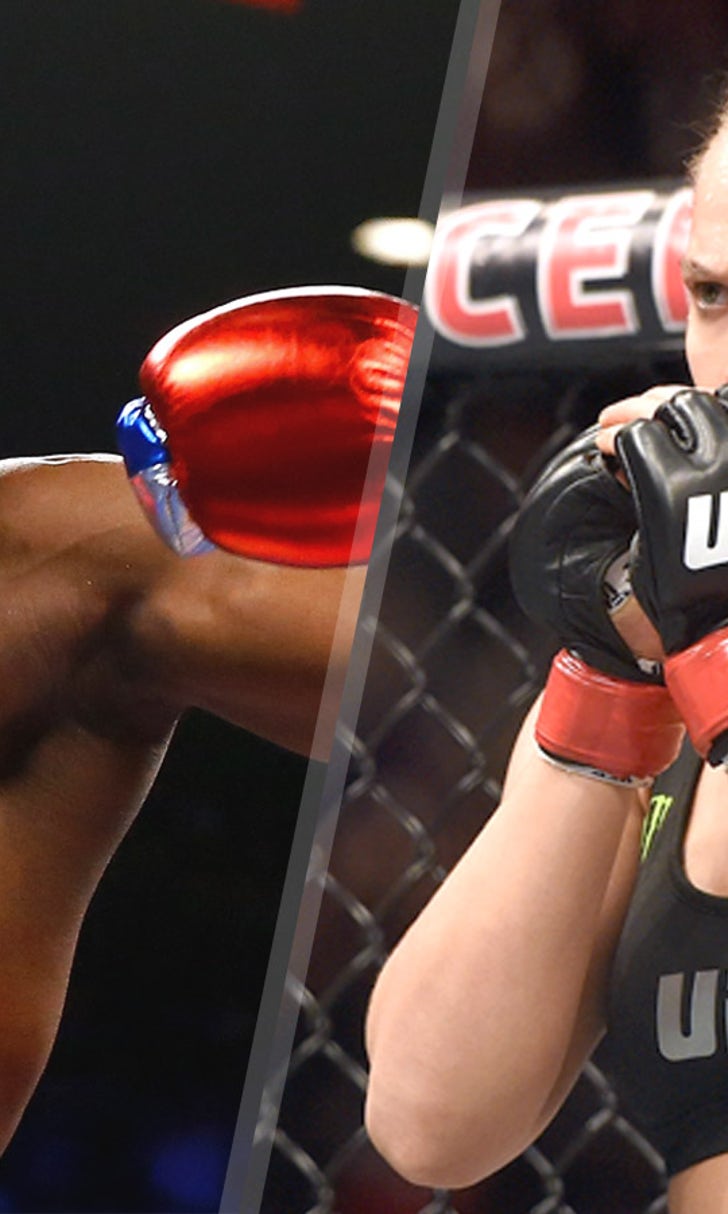 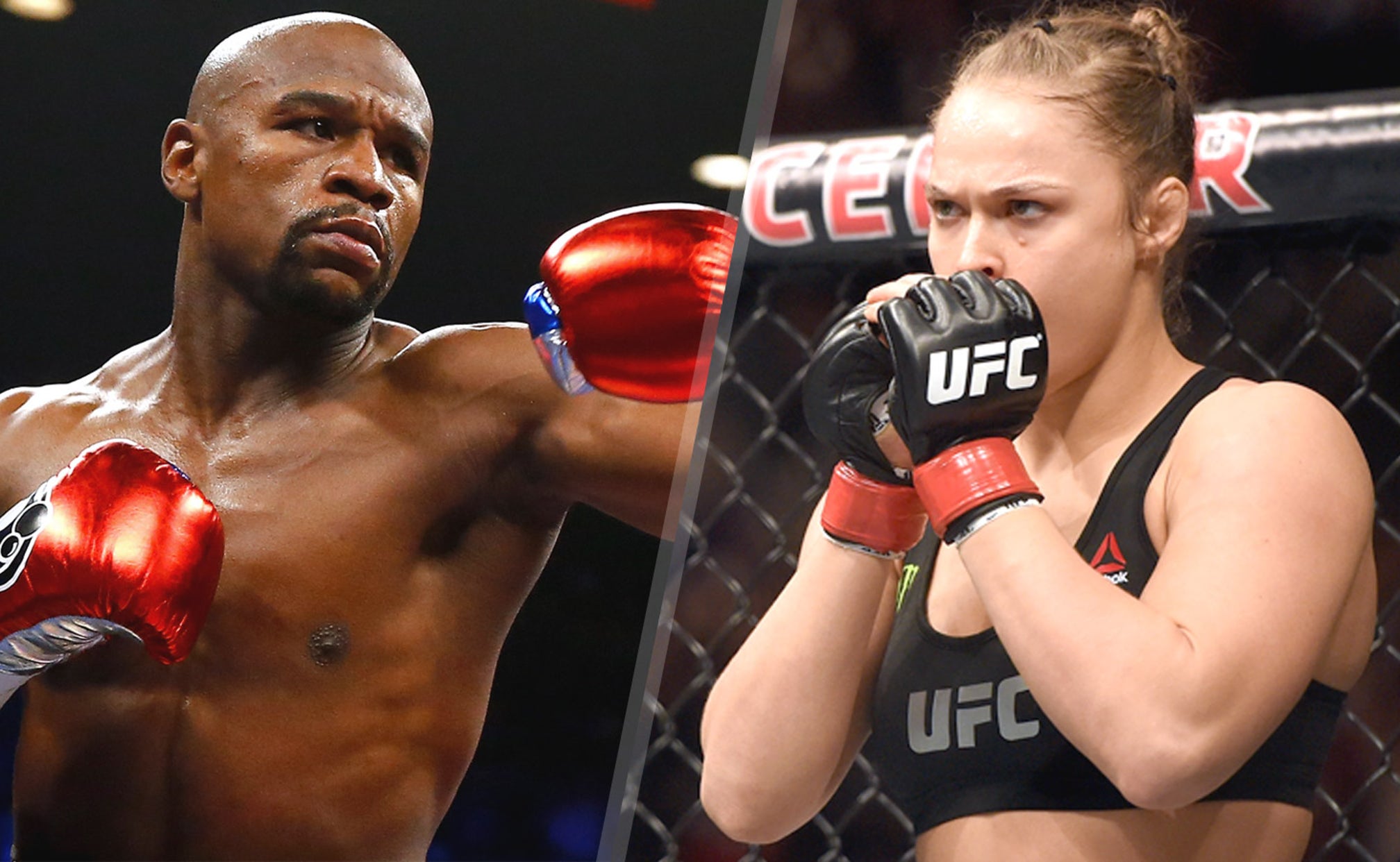 Floyd Mayweather says he wishes Ronda Rousey all the best 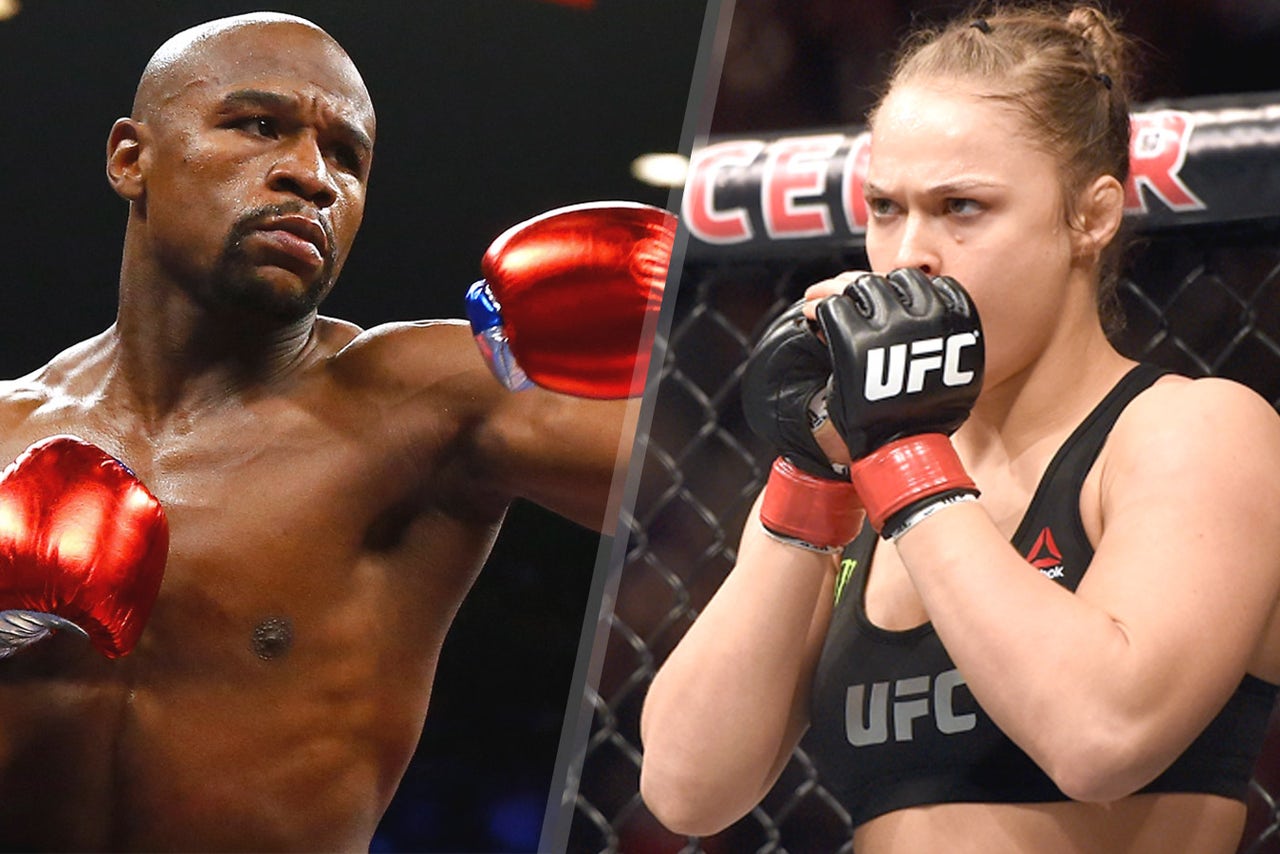 Floyd Mayweather struck a generally positive note recently when asked about UFC champion Ronda Rousey. "I didn't know who she was, you know? I wish her nothing but the best. Good luck with everything," he told Fight Hub TV.

"Like I said before, I don't really know too much about Ronda Rousey."

Good for him. He has nothing to gain from saying anything bad about her, despite the sudden national conversation about who would win in a real fight, he or the female MMA fighter.

Actually, that debate is precisely why Mayweather shouldn't say much of anything, given his long history of domestic abuse.

Some have attempted to act as if Floyd Jr. vs. Ronda was just some big, fun feud, the type which sports fans could choose a side in. It really isn't.

For one, just about every barb from either fighter has been the result of a question from a media member. That is to say, neither fighter is out there making stump speeches or writing blog posts about one another, unprompted.

They are simply answering questions about one another when asked.

Rousey's contribution to the supposed feud has been two-fold. One, she says she believes that in a boxing fight, Mayweather would clearly out-class her, but in a real, "no-rules" fight, she'd win easily.

Second, she used her ESPY win as a platform to take a swipe at Mayweather Jr. "I wonder how Floyd feels being beat by a woman for once," she said after winning the best fighter award over Mayweather Jr. and others.

That's the important part. This is no feud about who would win a fight, if boxing or MMA is better, or any other relatively trivial matter.

Let's be clear -- Rousey's issue with Mayweather Jr. is his well-documented past of violence against women.

Ronda is making her money, winning her awards, and she's not likely jealous of the boxer. The fact that she points out what most of us ignore about Mayweather Jr. even as we eagerly throw our money at him shouldn't be controversial.

And, Rousey shouldn't be ashamed about saying how she believes she'd be able to defend herself against him in a fight, unlike other untrained women that he's actually physically fought with.

Mayweather didn't show class with his latest comments about Rousey, but he didn't dig his hole deeper, either. Floyd Jr. is probably just trying to put away this embarassing talk.

Unfortunately, he isn't likely to be rid of the Ronda talk until he publically changes his ways and disavows his past or until he fights an MMA fighter. We care much more that he do the former than the latter.