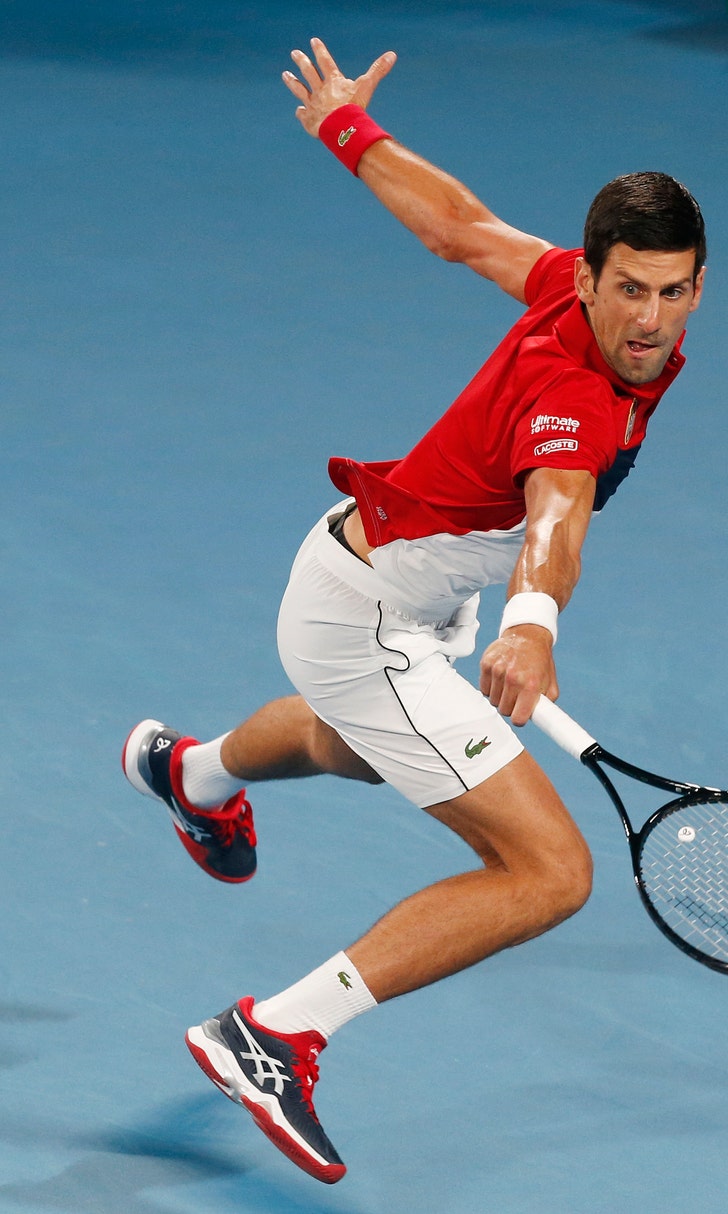 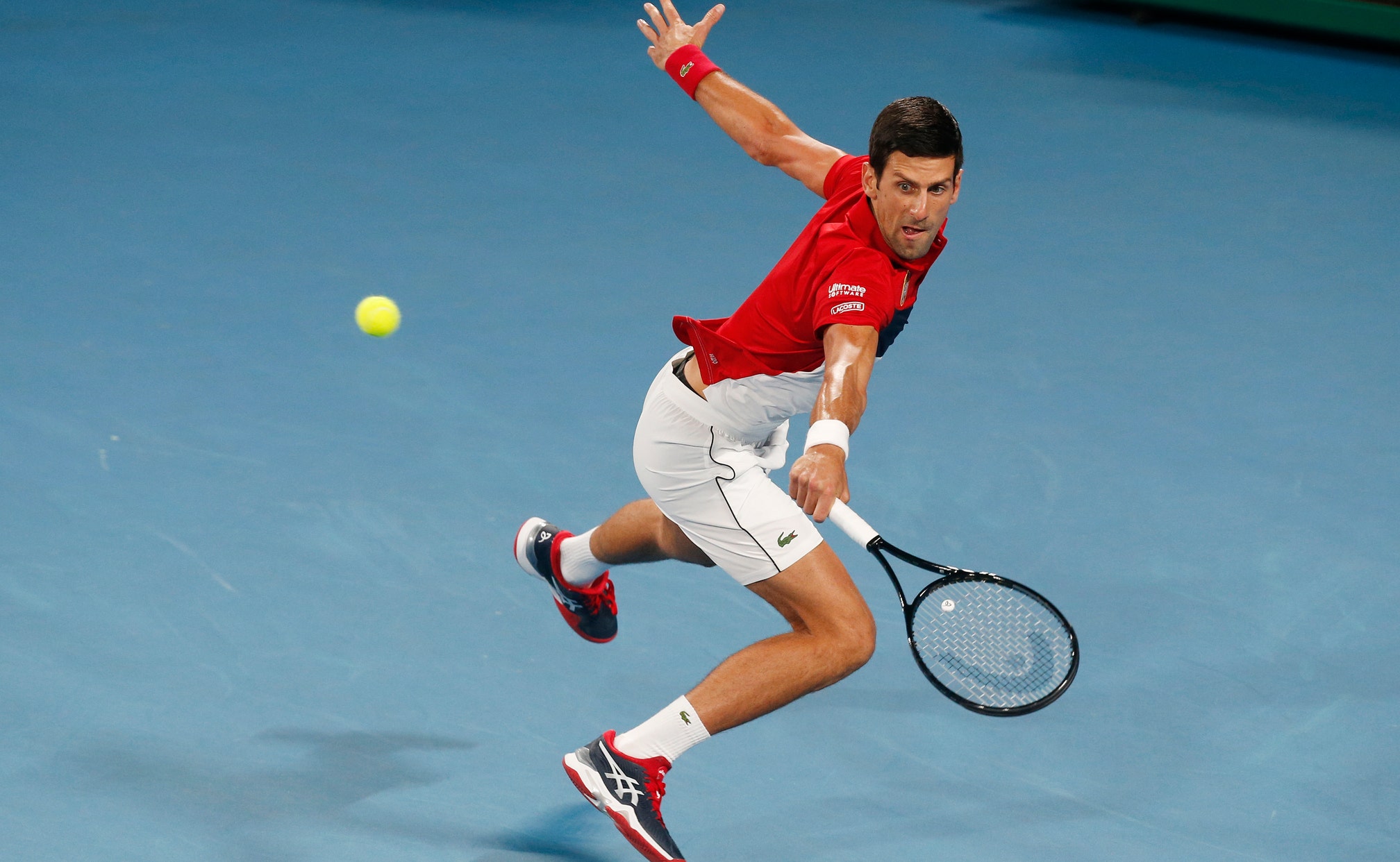 SYDNEY (AP) — Novak Djokovic beat Rafael Nadal, again, in a must-win match to keep Serbia in contention. Then he went back on court within an hour and combined with long-time friend Viktor Troicki to clinch the very first ATP Cup.

In the country where the seven-time Australian Open champion performs like it's his home away from home, Djokovic was the dominant figure in the debut of the 24-team, 10-day tournament.

“I have never experienced such a support in my matches ever anywhere, and I have played the biggest stadiums in tennis, and this was something different,” Djokovic said, crediting the thousands of Serbs who chanted, sang and recreated the atmosphere of a football stadium. “I want to thank everybody for contributing to this victory on and off the court.”

Second-ranked Djokivic had a 6-2, 7-6 (4) win over No. 1 Nadal on Sunday night to level the final after Roberto Bautista Agut had given Spain the lead by beating Dusan Lajovic 7-5, 6-1 in the first singles match.

After extending his lead to 29-26 in career head-to-heads with Nadal, and his supremacy over the Spaniard on hardcourts, Djokovic combined with Troicki for a 6-3, 6-4 win over Pablo Carreno Busta and Feliciano Lopez to clinch the title.

“I’ll remember this experience for the rest of my life — it’s one of the nicest moments of my career," Djokovic said. “I’ve been very fortunately blessed, had an amazing career over the last 15 years, but playing for a team, playing for a country with some of my best friends is just — you can’t match that. It’s too special."

He said the support from the Serbian community in Sydney was “off the charts.”

“There’s a lot of Serbian people in Sydney," Djokovic said. “If you want to make a celebration, we’re ready."

Djokovic has won nine straight against Nadal on hardcourts, and 19 consecutive sets, since losing the 2013 U.S. Open final.

Nadal withdrew from the doubles, citing fatigue, saying he had confidence in his teammate Lopez, a four-time Davis Cup champion.

“I have been playing a lot of tennis the last couple of days. My level of energy is a little bit lower than usual," Nadal said. “So is a team decision, and we believe in our team. That's why we had success in the past."

After playing six singles matches and two doubles matches in 10 days — on both the west and east coasts of Australia — less than two months after guiding Spain to the Davis Cup title in Madrid, Nadal urged the International Tennis Federation and the ATP to negotiate to form one world team championship.

Spain's early lead put extra pressure on Djokovic. He hadn't lost a singles match at the tournament — a run that includes wins over U.S. Open finalists Daniil Medvedev and Kevin Anderson as well as Gael Monfils and Denis Shapovalov, and started like losing wasn't a consideration.

“I started off the match perfectly, really. Everything worked for me," he said. “Serve got me out of trouble in the second set."

He broke Nadal's serve in the opening game, which lasted eight minutes and included two requests from the umpire to the crowd to keep quiet during the service motion.

Djokovic held for a 2-0 lead, the game going to deuce, and then didn't concede a point on serve for his next three games, closing the set in 39 minutes with three straight aces.

Nadal got over his frustration with the noisy crowd and found his range in the second set, conceding just a point in each of his first three service games. He had also had a huge opportunity to go up a break in the sixth game, but was unable to convert five chances as Djokovic rallied from 0-40 to hold.

Djokovic then had two breakpoints in the 11th game, which would have given him the chance to serve for the match, but Nadal rallied from 15-40 to hold.

Djokovic had a nervy start to the tiebreaker, serving a double-fault to fall behind 2-1, but after his forehand clipped the net and landed in, he started to gain control. From 4-4, he won every point, starting the roll with a backhand winner down the line.

The 10,223-strong crowd at Ken Rosewall Arena was packed with Serbia supporters who waved their flags and chanted “Serbia, Serbia, Serbia,” and Djokovic's nickname “Nole” throughout the final.

A little after 1 a.m. local time Monday, they were cheering for their champions.