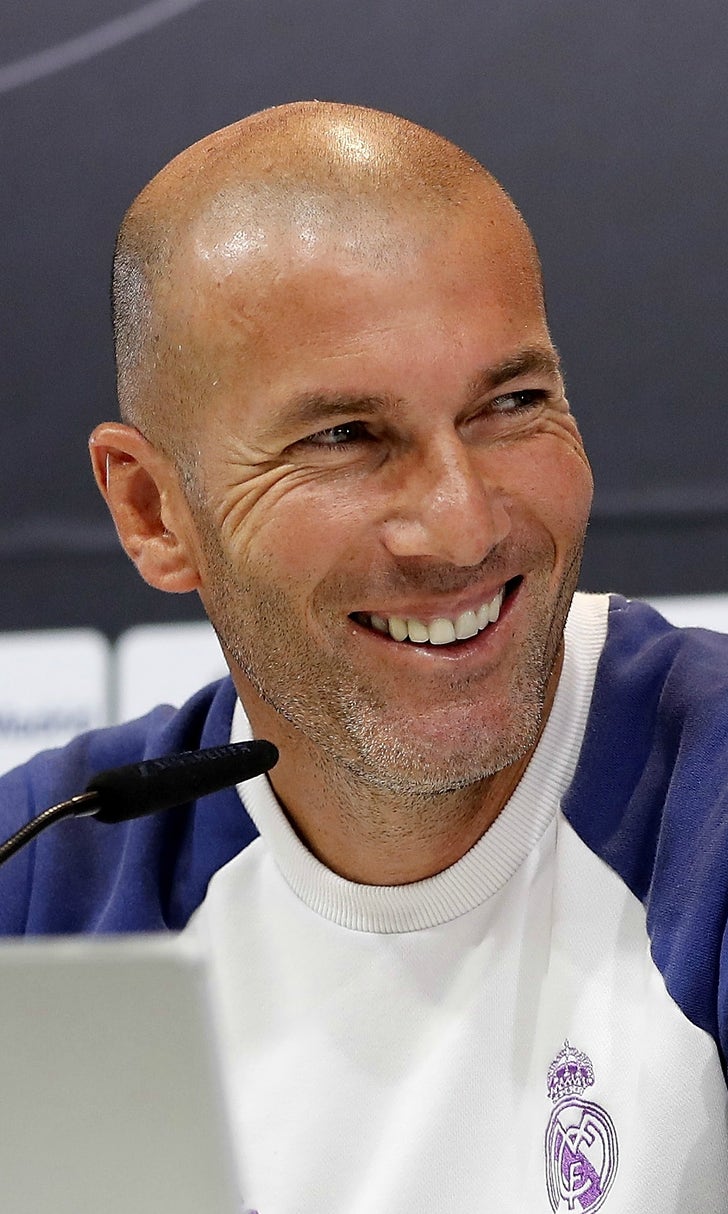 Zinedine Zidane led Real Madrid to a 2-0 victory over Espanyol on Sunday, setting a club record for most consecutive wins. Stretching to last season, Zidane's 16-win streak betters legendary manager Miguel Muñoz's 15 in a row in the 1960-61 season, and their win against Espanyol puts them even with the La Liga record for most consecutive wins set by Pep Guardiola's Barcelona in 2010-11.

Madrid were missing Gareth Bale and Cristiano Ronaldo against Espanyol, but Zidane welcomed James Rodriguez from the freezing outer recesses of the bench back into the starting lineup to score a beautiful goal that helped give them all three points away from home.

After securing the victory, Zidane praised his team for carrying him to the record in his post-match interview:

"It's nice to get the record -- it comes from the work all the lads are doing, they're doing phenomenally. The most important is to keep picking up points, as La Liga is very long."

Zidane took over as Madrid manager in January of this year, and he already got himself a Champions League trophy less than six months into the job. Now, he's in the Madrid and La Liga history books and shooting to erase Guardiola's name with a win against Villarreal.

Even better news? Bale and Ronaldo are back, just in time to help Zidane make history.

Real Madrid have won every single match they've played this season, and they're the only team in La Liga with a perfect record after four matches. They take on Villarreal on Wednesday at the Santiago Bernabeu to try and keep the streak going and make another mark in La Liga's record books.