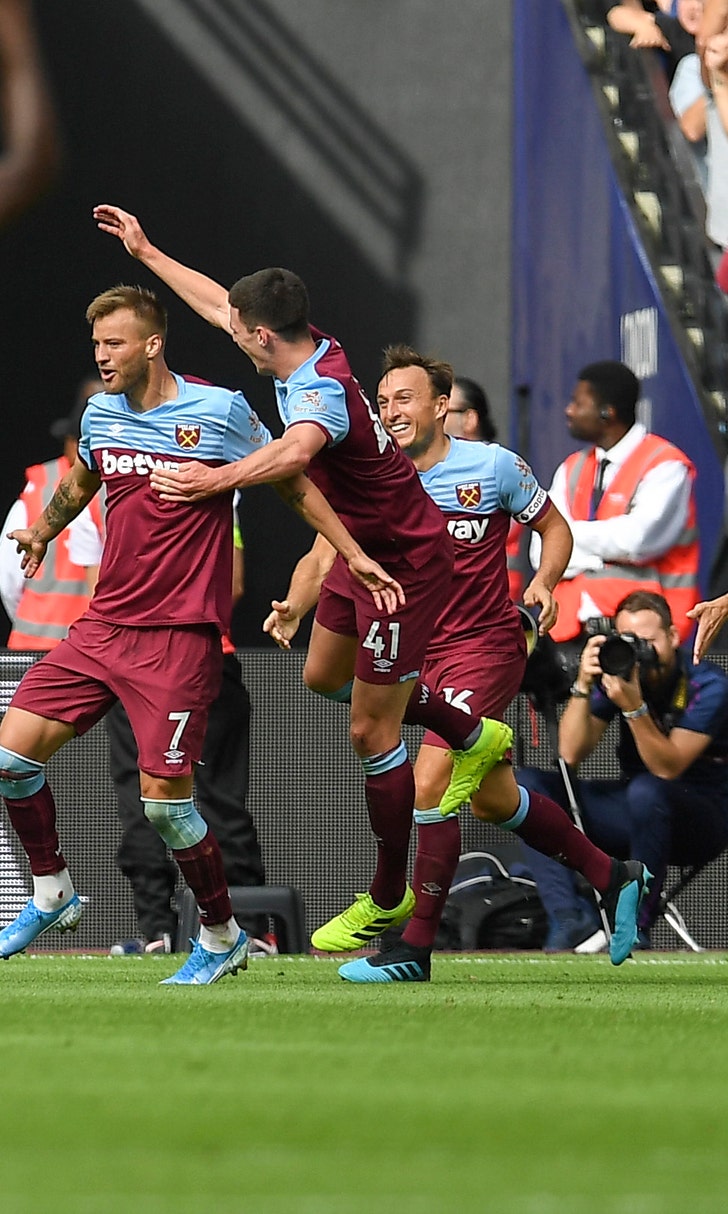 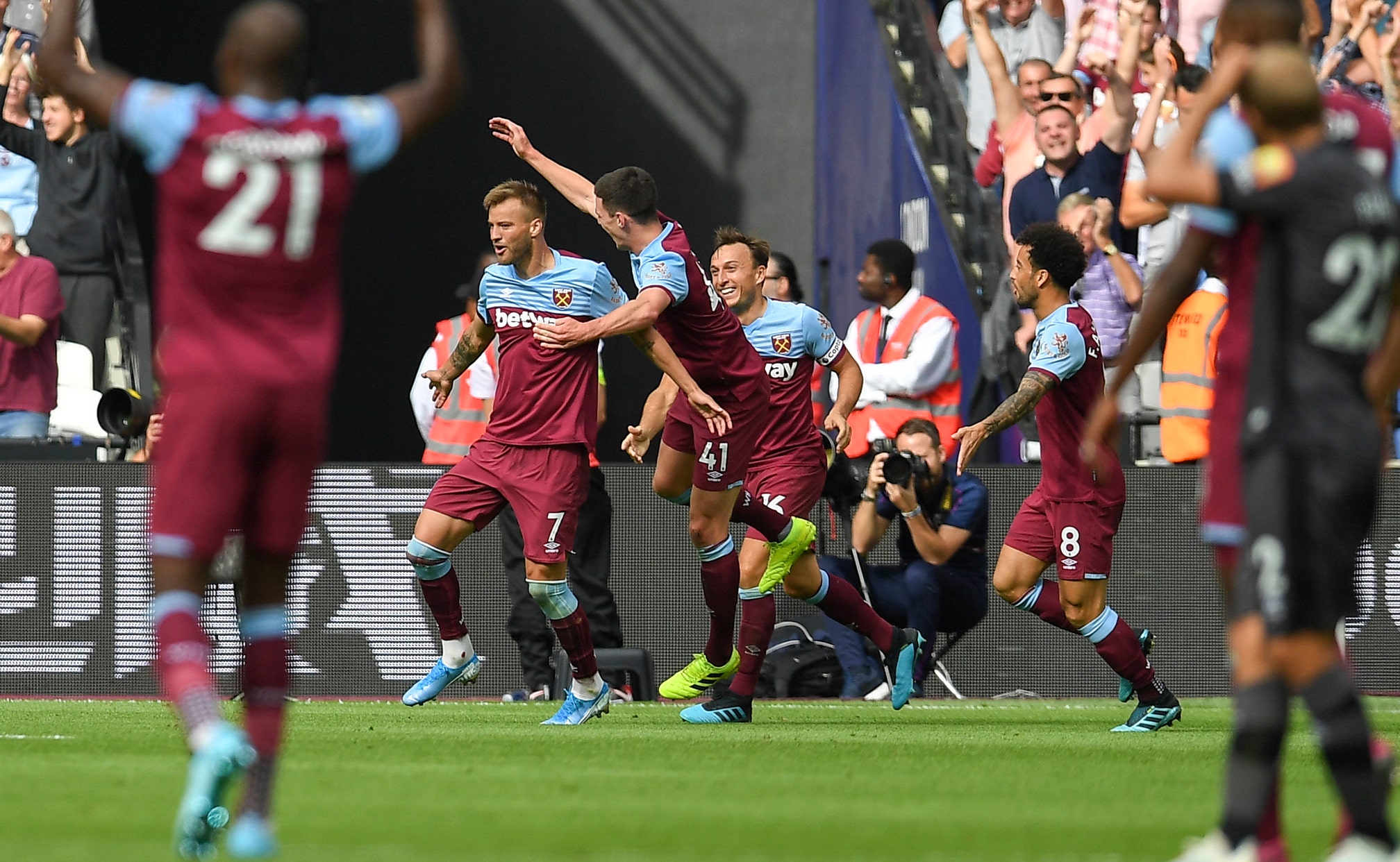 Yarmolenko thanks medics after goal in West Ham win in EPL

LONDON (AP) — Andriy Yarmolenko headed straight for West Ham's medical staff after scoring his first goal after a lengthy layoff in a 2-0 win over Norwich in the English Premier League on Saturday.

The Ukrainian winger spent most of last season — his first at West Ham — out injured after seriously hurting his Achilles tendon in October.

Yarmolenko has battled back to regain full fitness and grabbed the second goal against Norwich by firing a rebound into the net after an effort from captain Mark Noble was blocked. He celebrated by running to the dugout, where West Ham's medical staff was sitting.

French striker Sebastien Haller made it three goals in two games for West Ham after his club-record offseason move from Eintracht Frankfurt, putting the London club ahead in the 24th minute.

It was West Ham's first win of the season — and Norwich's third loss in four games since promotion. Teemu Pukki, the Norwich striker, failed to score in a match for the first time this season.

West Ham United
share story
those were the latest stories
Want to see more?
View All Stories
Fox Sports™ and © 2020 Fox Media LLC and Fox Sports Interactive Media, LLC. All rights reserved. Use of this website (including any and all parts and components) constitutes your acceptance of these Terms of Use and Updated Privacy Policy. Advertising Choices. Do Not Sell my Personal Info