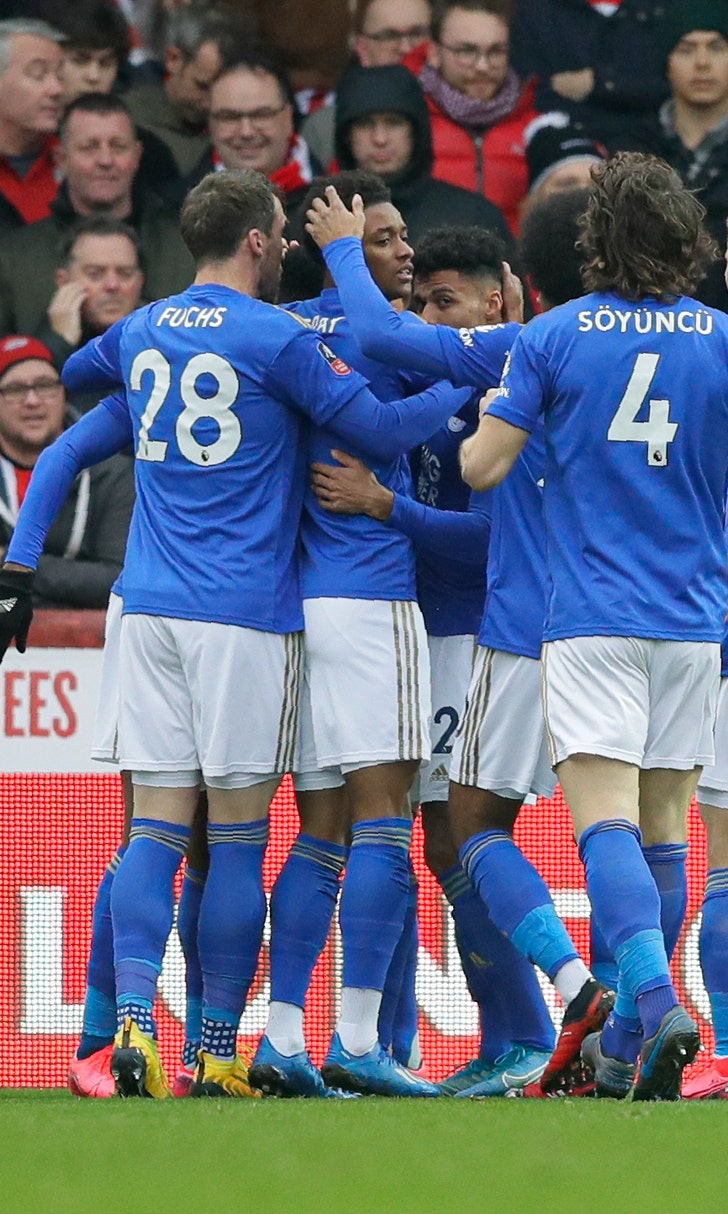 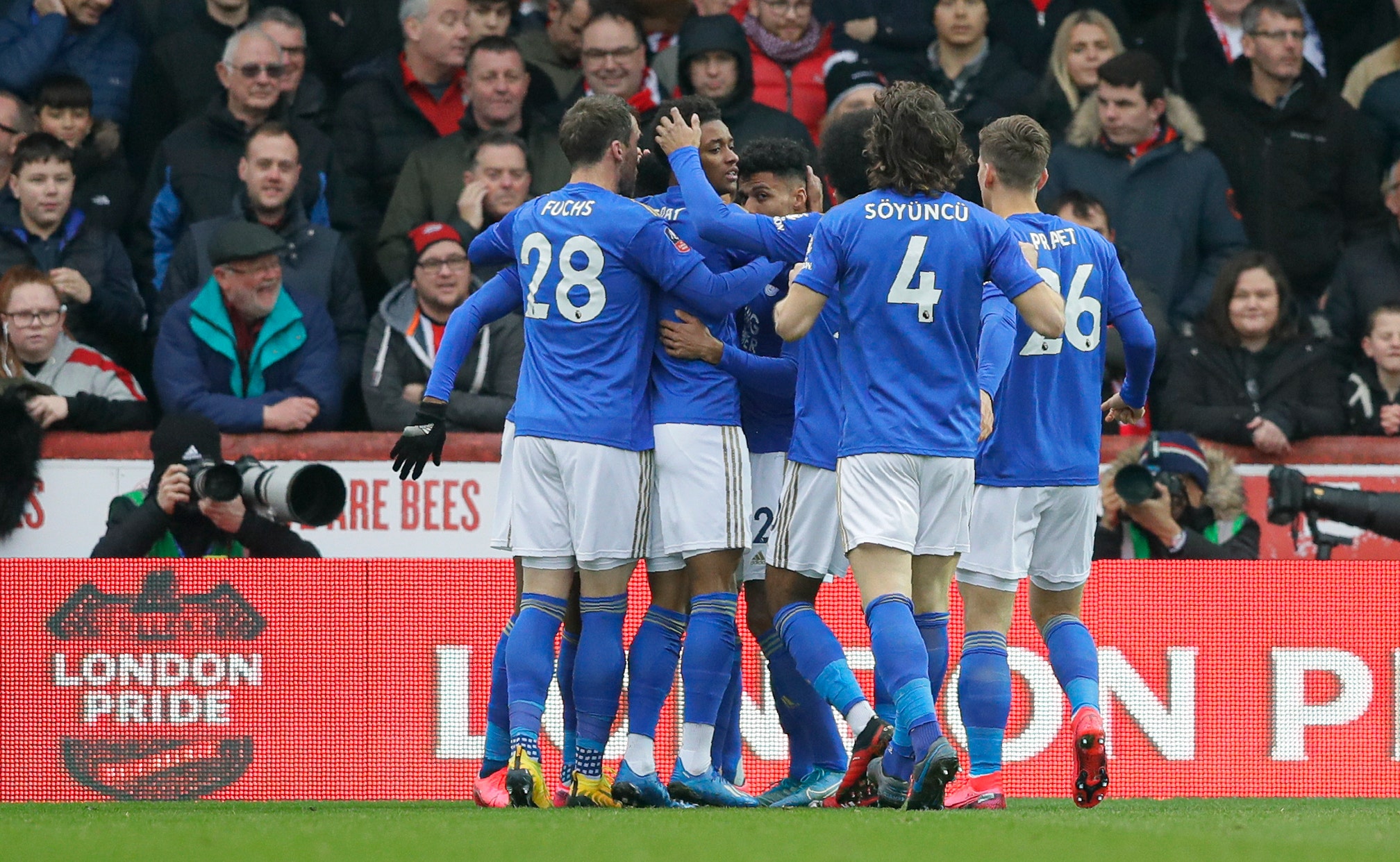 SOUTHAMPTON, England (AP) — Southampton held Tottenham to a 1-1 draw in the FA Cup fourth round on Saturday to force a replay, while Chelsea and Leicester both won.

Sofiane Boufal scored his first goal of the season in the 87th minute to level for Southampton after Son Heung-min had given Tottenham the lead on a swift counterattack in the 58th off Erik Lamela's pass.

The replay will add to Tottenham's troublesome fixture congestion as the club fights to climb above sixth in the Premier League and to progress in the Champions League. Tottenham already had to come through a replay to beat Middlesbrough in the previous round of the FA Cup.

“It is a result we don't need, we don't need to play one more match, but it is better to play than not to play,” Tottenham manager Jose Mourinho said. The replay is likely to be scheduled for Feb. 5, cutting into both teams' time to recover during the Premier League's first winter break.

Mourinho won his first three games after being appointed Tottenham manager in November, but hasn't won back-to-back games since then.

Chelsea created enough chances for a big win at Hull but only scraped through 2-1.

Michy Batshuayi's opened the scoring with a deflected shot, and Fikayo Tomori made it 2-0 with a header at a free kick. However, Mason Mount, Pedro and Cesar Azpilicueta all failed to convert good chances while Hull goalkeeper George Long managed several impressive saves.

Hull forced its way back into the game when Kamil Grosicki's 78th-minute free kick bounced off the Chelsea wall into the top corner of the goal. Grosicki had another chance to level the score late on, but missed.

Leicester clung on to an early lead after Kelechi Iheanacho's fourth-minute goal to beat second-tier Brentford 1-0.

Leicester manager Brendan Rodgers made nine changes to his lineup, including goalkeeper Danny Ward who made a good save to keep out Luka Racic's volley late on.

Former West Ham coach Slaven Bilic defeated his old club thanks to a goal from Conor Townsend. West Brom successfully defended its lead with 10 men after Semi Ajayi was sent off in the 72nd for collecting two yellow cards.

As Reading and Cardiff drew 1-1, there was a warning over Reading's public address system about allegedly racist and homophobic chants by Cardiff fans. It wasn't immediately clear which chants the announcement referred to.

After leveling the score for Reading, forward Yakou Meite displayed a message on his vest reading: “I love you, Papa" and became visibly emotional. Meite posted on Instagram on Wednesday saying that his father had died.

There was a 0-0 draw between Coventry and Birmingham. Coventry was the official home team, though both clubs share the St. Andrews stadium in Birmingham.

The List: Undertaker's Best Matches
The Dead Man has called it a career. Ryan Satin takes a look back at some of The Undertaker's best matches over three decades.
2 hours ago

Josh hits the Jackpot
Josh from South Carolina, along with seven other Super 6 players, won Terry Bradshaw's $1 million prize on Sunday.
3 hours ago

LaVar Talks His Stuff at Club Shay Shay
LaVar Ball stopped by the club to talk LaMelo being drafted, his three sons playing together, and going one-on-one with MJ.
3 hours ago

Keep It A Buc
After another shaky performance from Tom Brady, the Buccaneers might have to face some hard truths about their star QB.
6 hours ago

NBA Free Agency Tracker
The NBA free agency period is officially underway. Stay up to date with all the latest moves across the Association!
7 hours ago
those were the latest stories
Want to see more?
View All Stories
Fox Sports™ and © 2020 Fox Media LLC and Fox Sports Interactive Media, LLC. All rights reserved. Use of this website (including any and all parts and components) constitutes your acceptance of these Terms of Use and Updated Privacy Policy. Advertising Choices. Do Not Sell my Personal Info