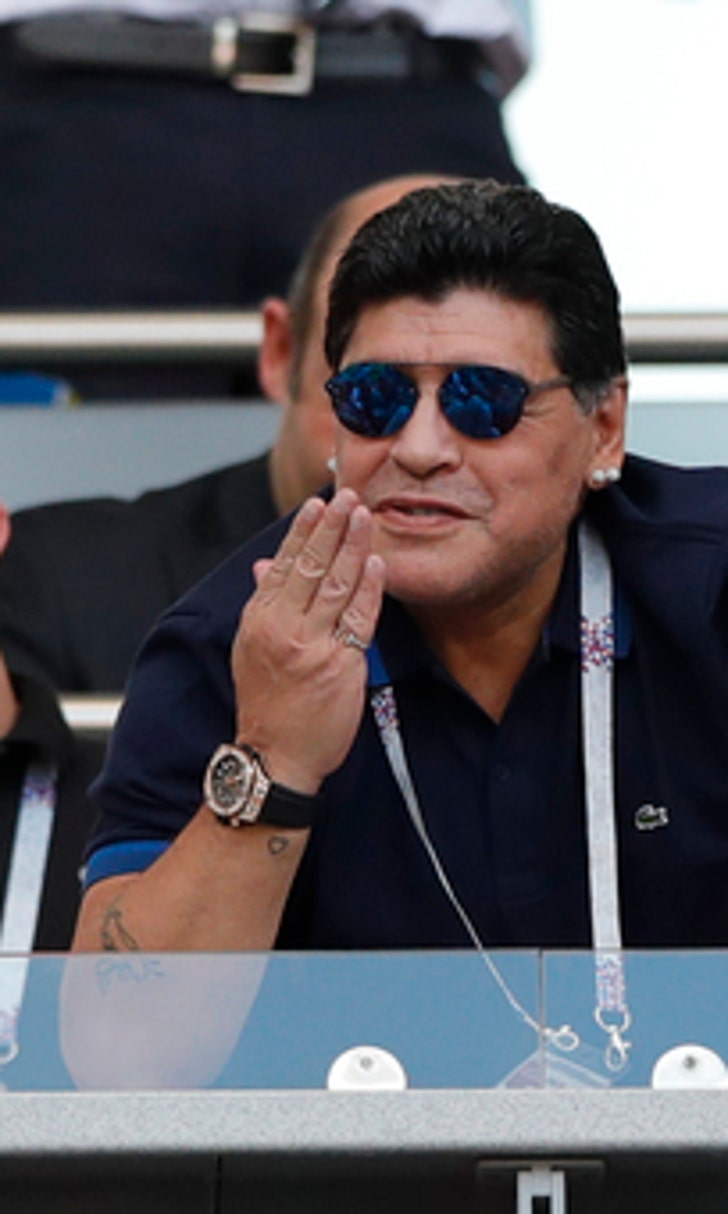 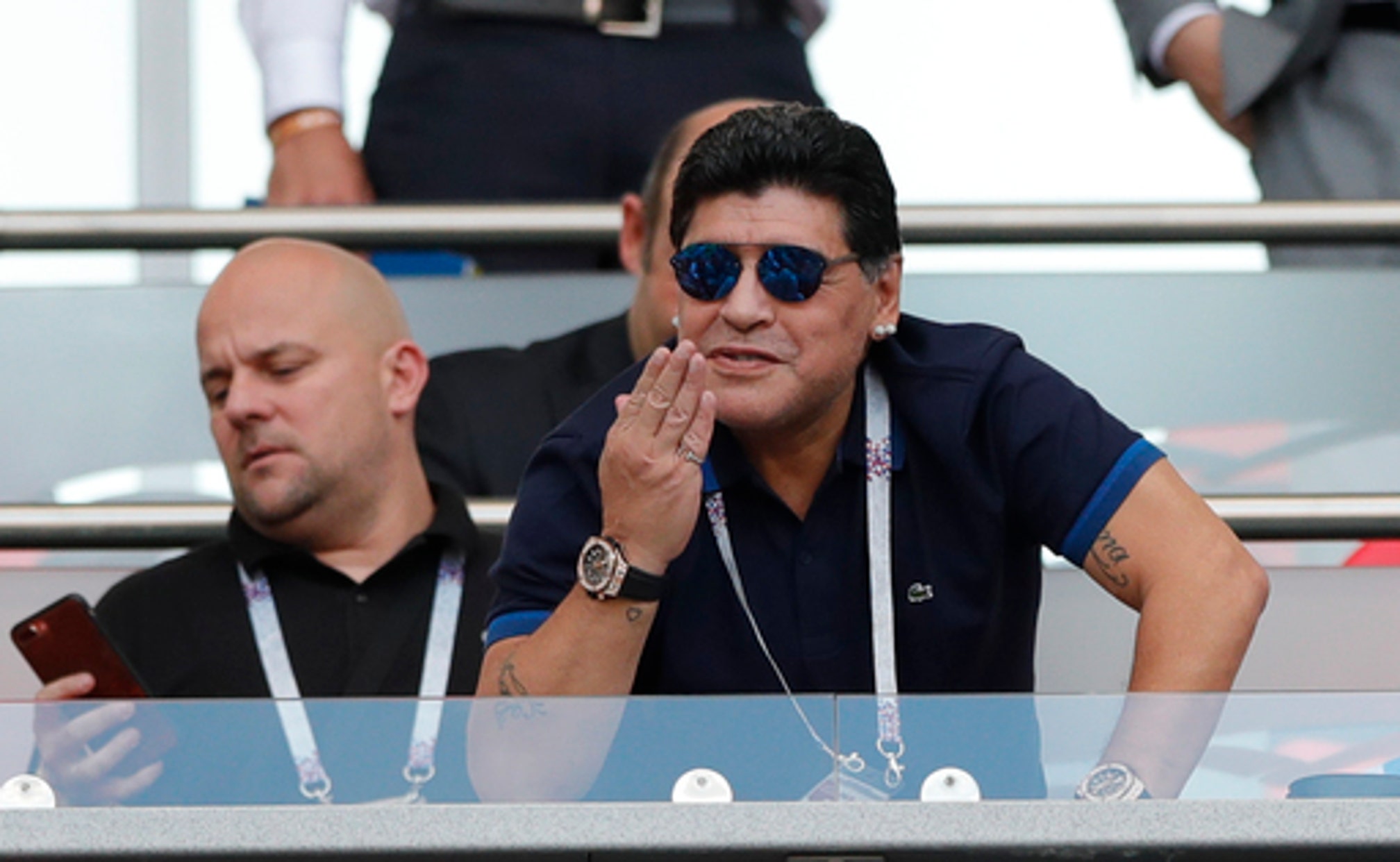 The Latest: Only a few of World Cup’s 4th subs taking PKs

MOSCOW (AP) The Latest at the World Cup (all times local):

Brazil right back Danilo is out of the World Cup after injuring his ankle in training.

The Brazilian soccer federation says Danilo suffered a ligament injury in his left ankle during the team's training session in Kazan on Thursday, a day before Brazil plays Belgium in the quarterfinals.

The federation said tests confirmed the player will not be able to recover in time to play again during the tournament in Russia.

The Manchester City player will remain with the squad.

Fox's lead broadcast team of John Strong and Sty Holden will call Friday's World Cup quarterfinal between Brazil and Belgium in Kazan, then announce Saturday's match between Russia and Croatia in Sochi.

JP Dellacamera and Tony Meola will be the announcers for Friday's quarterfinal between Uruguay and France in Nizhny Novgorod, and Derek Rae and Aly Wagner will call the England-Sweden matchup on Saturday in Samara.

FIFA has fined Croatia's soccer federation 70,000 Swiss francs ($70,500) for an ambush marketing incident by players during a World Cup game.

The sum is a seven-fold increase on the fine FIFA imposed on Russia's soccer body for a fan's neo-Nazi banner at a game.

FIFA says its disciplinary panel fined Croatia for ''the display of non-authorized beverage products'' by players during their round of 16 win against Denmark on Sunday. Croatia advanced after a penalty shootout in Nizhny Novgorod.

FIFA says it also warned Croatia's federation and goalkeeper Danijel Subasic, who saved three penalties in the shootout. He then revealed a T-shirt honoring a former teammate who died in 2008 from injuries sustained in a game.

FIFA says Subasic violated equipment rules ''due to the display of a personal message.''

''I've booked that day off ... because I want to be in Russia for that day, supporting them,'' Hamilton said Thursday at Silverstone.

Hamilton is bidding to win the British Grand Prix on Sunday for what would be an outright record sixth time at his home race.

He may have a problem on Saturday, though, when England plays Sweden in the quarterfinals. Hamilton could miss part of that game if he performs well in qualifying.

''What's the penalty for missing the press conference on Saturday?'' Hamilton joked. ''I want to watch the game.''

Belgium striker Romelu Lukaku won't be heard complaining that his team's reward for winning its World Cup group is ending up in what appears to be the far harder side of the draw - and meeting five-time champion Brazil in the quarterfinals.

Friday evening's game in Kazan brings together the two highest-ranked teams left in the tournament following Germany's early exit. Brazil is ranked second and Belgium third. Whoever wins plays either France or Uruguay.

At a news conference Thursday, Lukaku said Belgium's disappointing experience at the 2016 European Championship showed nothing should be taken for granted in football and that Brazil will provide a ''benchmark'' for his team.

''If you want to achieve something, you have to fight for it every time,'' said Lukaku, who has impressed at the World Cup with four goals and is second in the Golden Boot race, behind England's Harry Kane with six.

Uruguay coach Oscar Tabarez is not saying whether striker Edinson Cavani has recovered from a left calf injury to play against France in the World Cup quarterfinals on Friday.

Tabarez says on the eve of the game that he doesn't want to reveal ''that information'' because he believes it will give France an advantage to know if the Paris Saint-Germain striker will play.

''I cannot give you all my information,'' Tabarez said Thursday. ''We don't get all the information from the French team.''

The veteran coach adds ''in less than 24 hours, you will know who will play and who will be on the bench.''

Cavani has scored three of Uruguay's seven goals at the World Cup, including both in a 2-1 win over Cristiano Ronaldo's Portugal in the round of 16. He was injured near the end of that game last Saturday. The 31-year-old did train with his teammates in Nizhny Novgorod earlier Thursday, although he worked out alone for part of the session that was open to journalists.

Just two of the six players who have entered a World Cup knockout match as their teams' fourth substitutes have been sent to the penalty spot in the shootouts that followed.

That's surprising many fans and spectators who assumed coaches would take advantage of the new rule allowing a fourth substitute in extra time by inserting their penalty kick specialists.

England's Marcus Rashford came on in the 113th minute of the knockout game against Colombia and sent the ball to goalkeeper David Ospina's right as England won its first World Cup shootout.

Croatia's Milan Badelj had his low shot was stopped by Denmark `keeper Kasper Schmeichel's legs, though Croatia still advanced to the quarterfinals.

Diego Maradona has apologized to FIFA after soccer's governing body rebuked his comments criticizing American referee Mark Geiger*s work in England*s win over Colombia in the World Cup round of 16.

The Argentina great who is a FIFA ambassador told Venezuelan broadcaster Telesur that the outcome of that game was a ''monumental theft.''

Maradona posted Thursday on Facebook that he said some things that were unacceptable because he was ''driven by the emotions while rooting for Colombia.'' He said he sometimes disagrees with referees' decisions but has ''the outmost respect for their job, which is not easy.''

FIFA had tolerated previous incidents by Maradona at games in Russia. He apologized for making an offensive gesture toward a South Korean fan at Argentina's opening 1-1 draw with Iceland in Moscow and also broke World Cup stadium rules by smoking a cigar.

England defender John Stones has described Colombia as the ''dirtiest team I've ever come up against'' after the teams combined to get eight yellow cards in their encounter in the World Cup round of 16.

England won the penalty shootout following a contentious 1-1 draw in Moscow on Tuesday in which six Colombian players and two English players received yellow cards, tying for the most issued in any game in the tournament.

Speaking at England's training base outside St. Petersburg, Stones said Thursday that incidents happened ''that we've never experienced before'' and that there were ''all the sort of things that you don't really hear in a football match.''

The center back added that England ''stuck to our game plan, never got into the brawl they wanted. At the end of the day, they are on the plane back home.''

Mexican fans who arrived for the World Cup in Russia with a sombrero in their hands or on their heads - many of them bringing than one - are bartering the popular hats at a market in Moscow.

After Mexico was eliminated this week by Brazil, fans went to the Izmailovo market in Moscow looking to swap their sombreros. The most popular mariachi hat in the World Cup is black with the red, white and green colors of the Mexican flag embroidered on the sides and ''Mexico'' written on top.

Thousands of fans arrived in Russia having stowed sombreros in the overhead compartments on their flights. With an average diameter of 2 feet (six-tenths of a meter), carrying them 10,000 miles (16,000 kilometers) back again is cumbersome.

''It's a problem getting around with it in trains and airports,'' said Mario Alba, a 34 year-old fan from Mexico City. He said ''It's better to come here and take less stuff back home.''

Russia midfielder Alan Dzagoev says he is fit to play against Croatia in the World Cup quarterfinals Saturday after recovering from injury.

Dzagoev hurt his hamstring during Russia's opening 5-0 win over Saudi Arabia and says he's also struggled with an old back problem.

Dzagoev says ''I had a problem with my back again, but now I'm training in the main group and I'm ready for the match.''

His injury opened up a chance for Villarreal winger Denis Cheryshev to shine in the Russia squad. Since replacing Dzagoev in the Saudi game, Cheryshev has scored three goals and also hit the winning penalty in the last-16 win over Spain.

Residents of the World Cup host city of Samara are being urged to take showers in pairs because the influx of fans is putting strain on water supplies.

The Samara Communal Systems utility company says the combination of a heatwave and ''thousands of guests'' have meant its providing 10 percent more cold water than normal. That's causing water pressure to drop in some neighborhoods, the company adds.

The company advises locals to ''save water - take showers in pairs,'' adding a smiley face to the message.

Samara is due to host England's quarterfinal game against Sweden on Saturday. 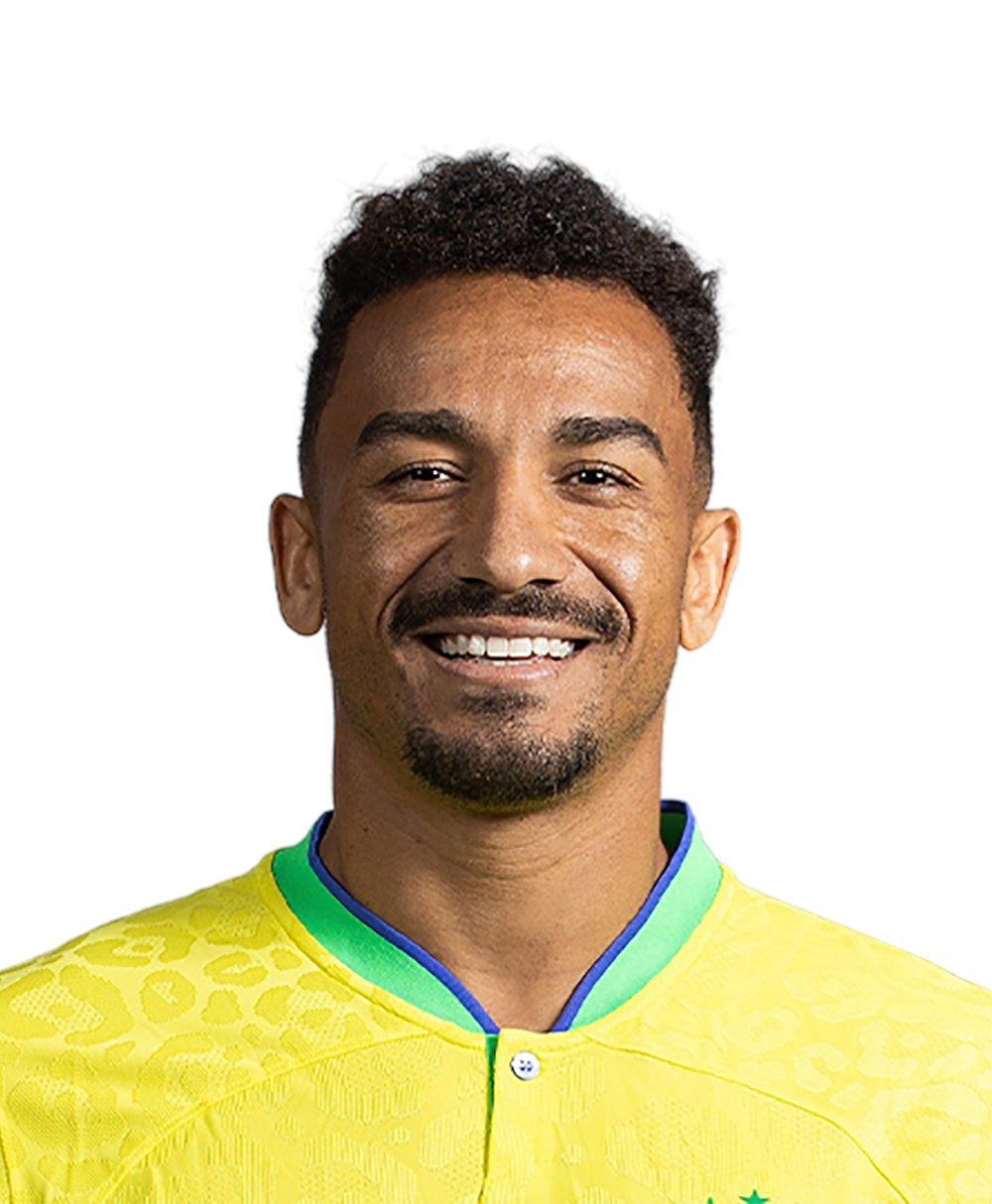 Danilo
share story
those were the latest stories
Want to see more?
View All Stories
Fox Sports™ and © 2020 Fox Media LLC and Fox Sports Interactive Media, LLC. All rights reserved. Use of this website (including any and all parts and components) constitutes your acceptance of these Terms of Use and Updated Privacy Policy. Advertising Choices. Do Not Sell my Personal Info