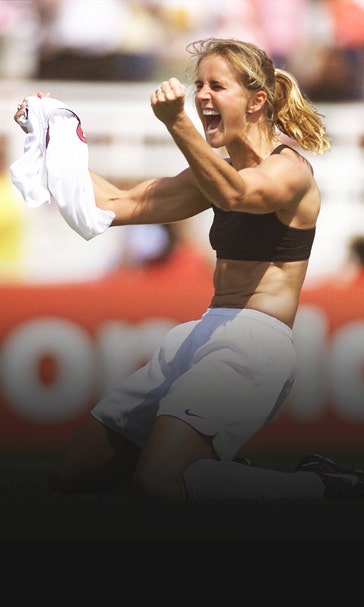 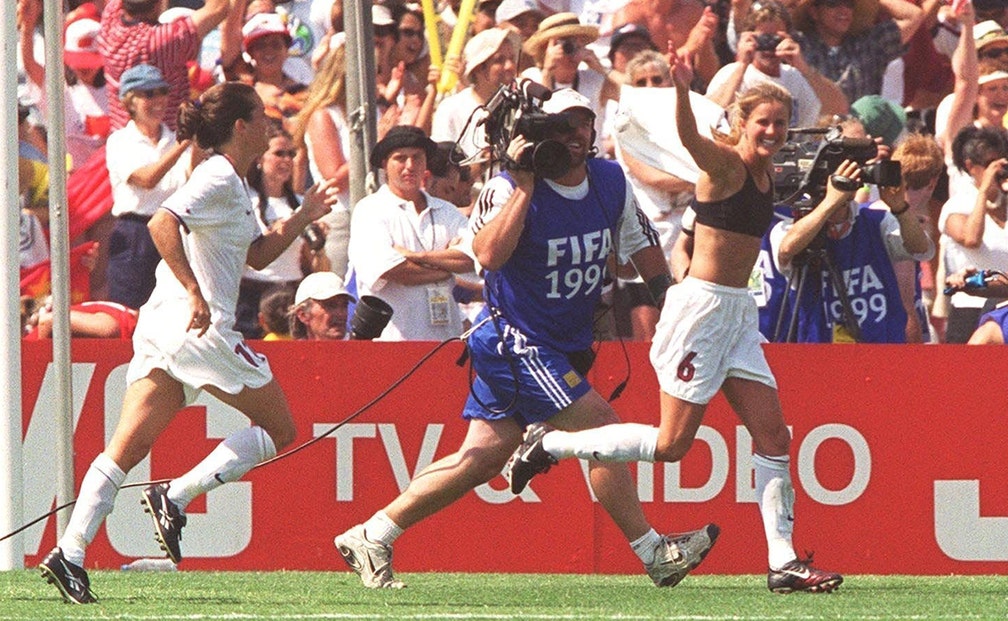 There are rare moments in sports history when you realize you are witnessing sports history. Moments when an athlete and their team become legendary.

Friday marks the anniversary of Brandi Chastain converting the winning penalty kick against China to deliver the United States Women National Team their second World Cup title, providing the sports world with one of the most unforgettable celebratory images it had ever seen.

On a Women's National Team that featured Mia Hamm, the greatest goal scorer in international women's soccer at the time, Chastain would become the heroine.

She explained that going into the match, she understood what was at stake, considering the United States would look to win the World Cup on American soil, after finishing third in 1995.

"It's the biggest game of your life, in your home country, in the biggest tournament that women's soccer has – the World Cup – at one of the most historic stadiums that the United States has in the Rose Bowl."

After both teams went scoreless in regulation, the USA and China exchanged penalty kicks to a dead even 4-4 tie, with Chastain next up to kick, a World Cup title on the line.

Said Chastain of her emotions and the environment before the penalty kick, and how she was actually spending her last moments before the kick reminiscing on a previous match against China.

"It's the 'final kick of the game' moment you dream about it. Obviously, you can imagine the spectacle of the stadium. The Rose Bowl is a humungous stadium, 90,000+ people. The only thing going through my mind was not to look at the goalkeeper because earlier in the year, we had played China and she had really gotten me out of my rhythm by standing up next to the ball. I ended up hitting the ball well but it ended up hitting the cross bar and going out and we ended up losing the game."

For Chastain, though the time has seemingly flown by, she remains grateful for the love and support she has received through the years.

A few of Chastain's teammates also reflected on the moment Friday.

And current US soccer star and 2-time Women's World Cup champion Carli Lloyd discussed just what that 1999 team meant to her and a generation of women's soccer stars.

Toyota Waves Goodbye To Good Talent
Erik Jones is the latest driver released from Joe Gibbs Racing and Toyota with potential wins left in their career.
9 hours ago

Bubble Trouble
With 6 races to go, it's now or never for drivers on the outside of the playoff bubble looking in, writes Bob Pockrass.
4 days ago

Unluck of the Draw
NASCAR's method of a random draw to determine starting position is not sitting well with some drivers, writes Bob Pockrass.
July 30

Fast, Furious and Fleeting
Denny Hamlin has proven his winning chops. All that's left to prove is he can win a Cup Series title, writes Bob Pockrass.
July 27
those were the latest stories
Want to see more?
View All Stories
Fox Sports™ and © 2020 Fox Media LLC and Fox Sports Interactive Media, LLC. All rights reserved. Use of this website (including any and all parts and components) constitutes your acceptance of these Terms of Use and Updated Privacy Policy . Advertising Choices . Do Not Sell my Personal Info