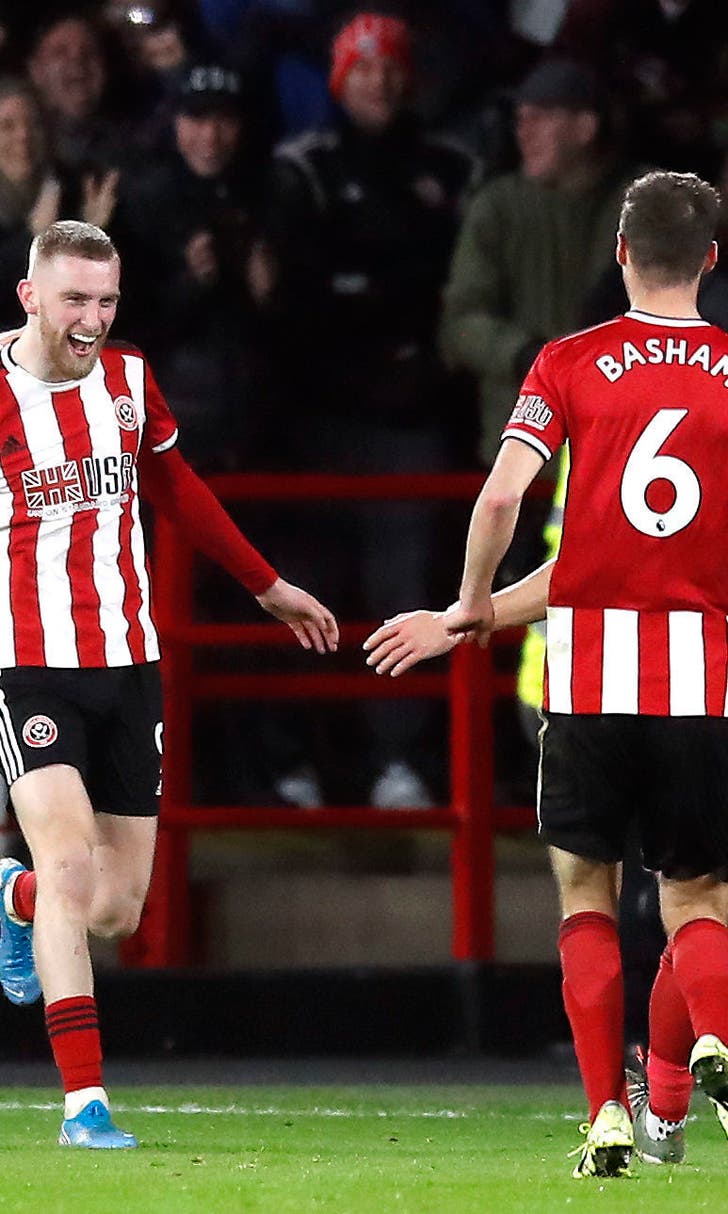 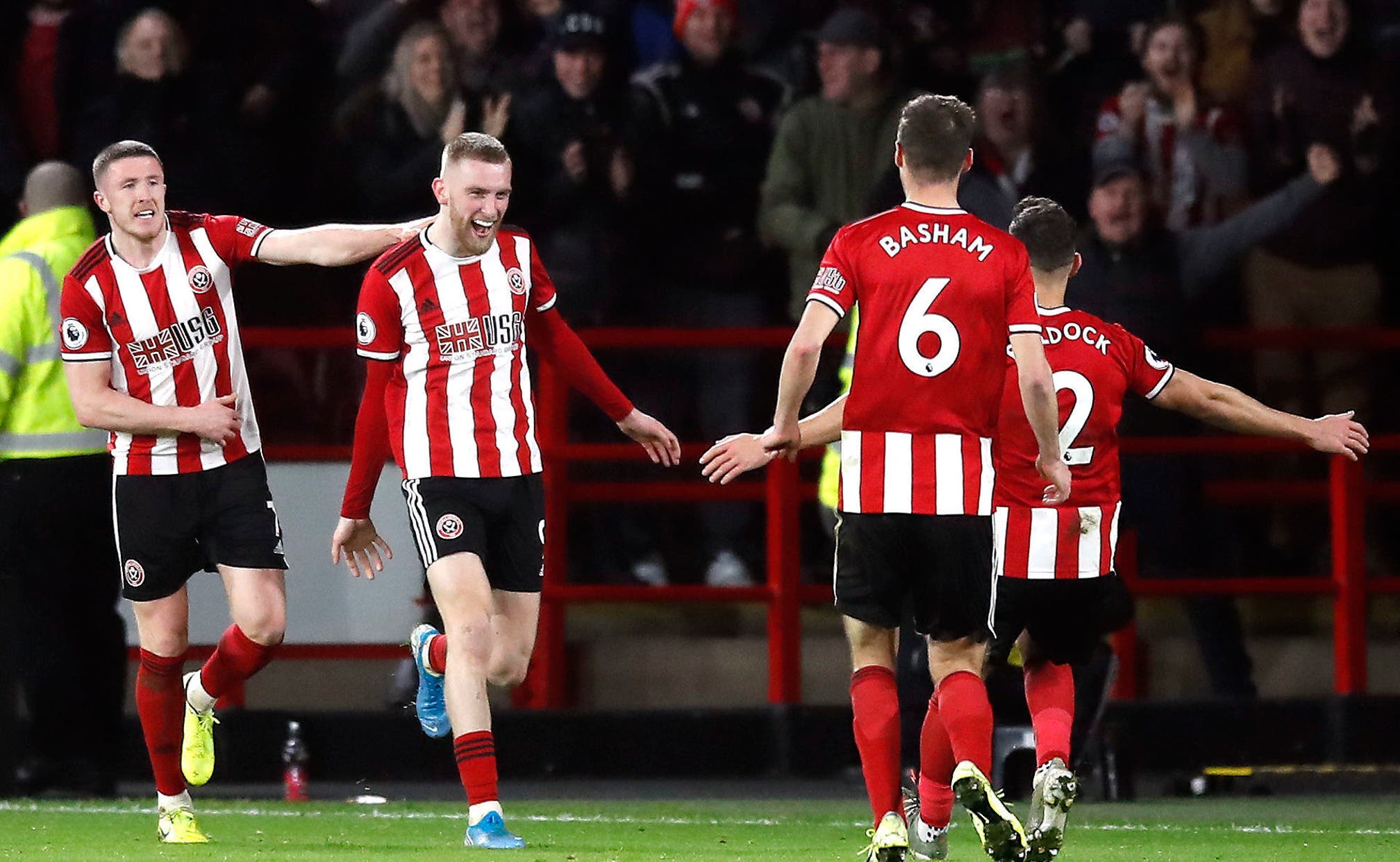 SHEFFIELD, England (AP) — Sheffield United moved up to fifth in the English Premier League after a 1-0 over West Ham, which was denied a dramatic injury-time equalizer by the Video Assistant Referee on Friday.

Midfield substitute Robert Snodgrass looked to have salvaged a draw for the visitors right at the end but replays showed the ball hit Declan Rice's arm in the build up.

The VAR decision was greeted like a second goal by the Bramall Lane faithful and ensured the Blades returned to winning ways following a tough festive period that saw them face Manchester City and Liverpool in back-to-back away matches.

The victory gave manager Chris Wilder a double celebration after signing a contract extension to 2024. Since taking charge in the offseason of 2016, the Blades boss has taken his boyhood team from League One to fifth in the Premier League.

The Hammers struck trouble from the 12th minute when goalkeeper Lukasz Fabianski, who returned from a three-month absence only on Dec. 28 following hip surgery, winced in pain after making a goalkick. He immediately signalled to the bench before sitting on the ground in dismay. He received treatment on the pitch for a couple of minutes before Martin replaced him between the posts.

West Ham was the master of its demise.

Martin tried to find Fabian Balbuena, who was just outside the penalty area, with a goalkick but his pass was loose and John Fleck pounced. With Balbuena outnumbered two against one, Fleck was able to set up McBurnie and he steered the ball beneath Martin from 10 yards out.

The game became end to end the longer it went, and West Ham kept the hosts under pressure and looked to have been rewarded when Rice pounced on the ball in midfield and made a driving run towards the penalty area. He teed up Snodgrass, who slotted his low finish between the near post and goalie Dean Henderson, before VAR had the final say.

West Ham United
share story
those were the latest stories
Want to see more?
View All Stories
Fox Sports™ and © 2020 Fox Media LLC and Fox Sports Interactive Media, LLC. All rights reserved. Use of this website (including any and all parts and components) constitutes your acceptance of these Terms of Use and Updated Privacy Policy. Advertising Choices. Do Not Sell my Personal Info