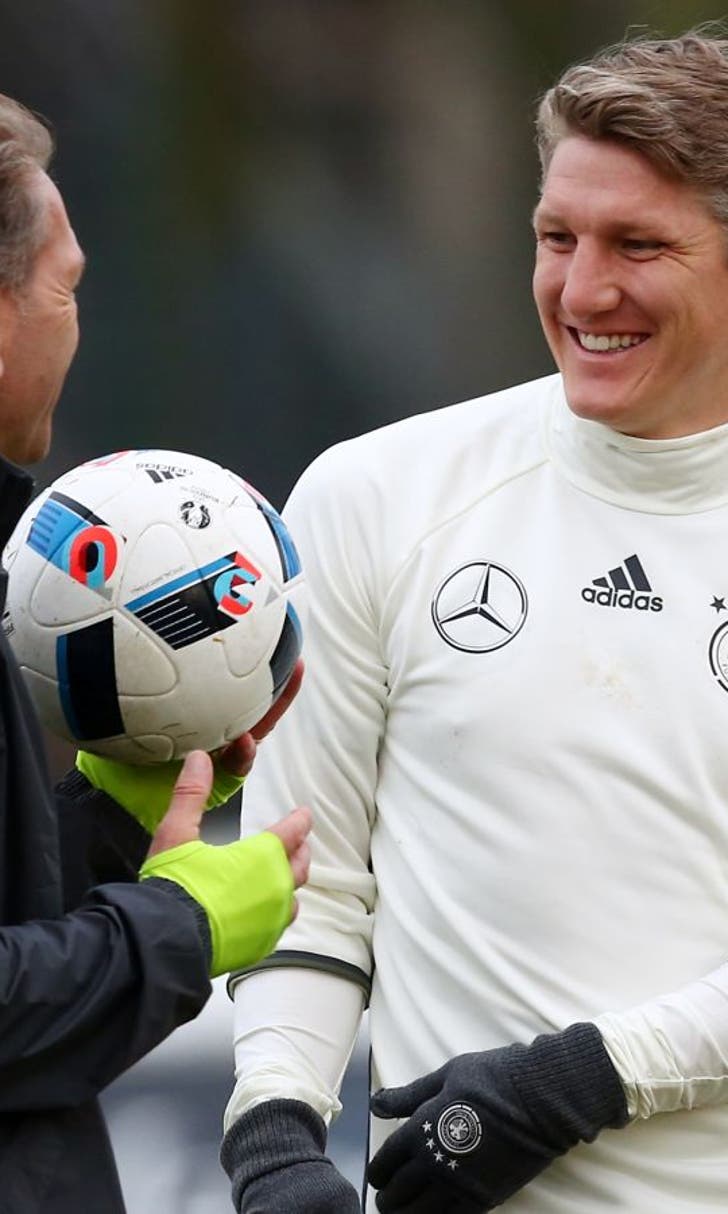 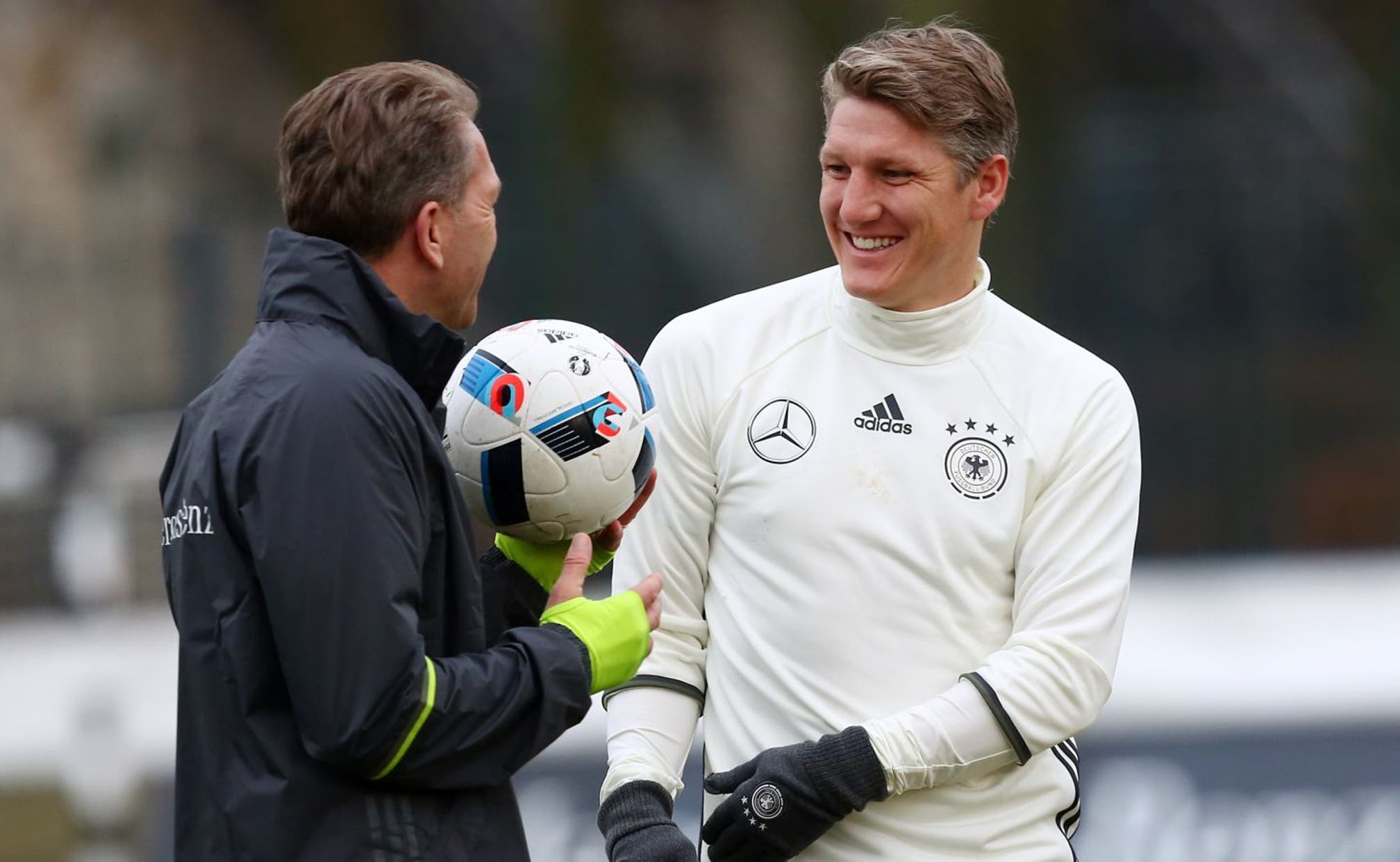 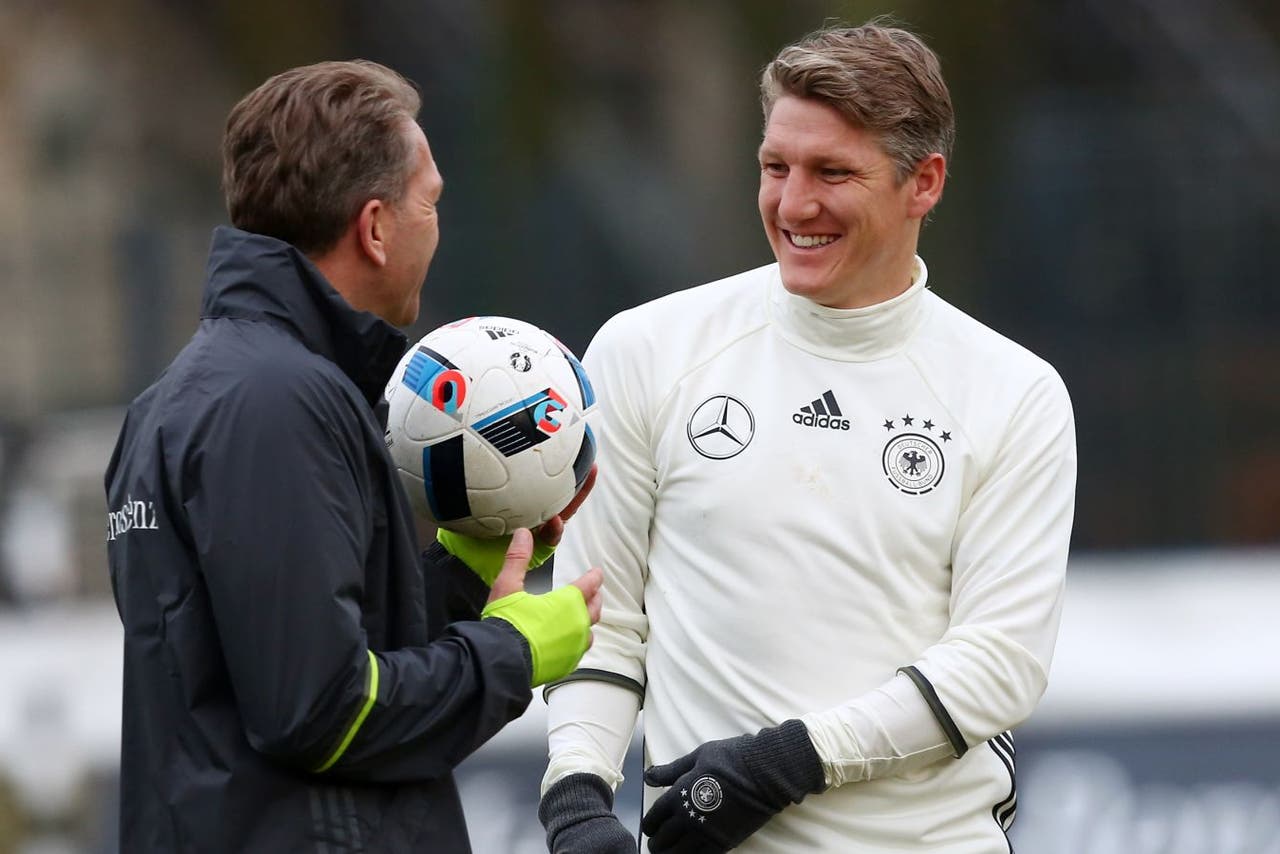 Germany coach Joachim Low will give captain Bastian Schweinsteiger every chance to prove his fitness for Euro 2016 after naming him in a 27-man provisional squad.

The Manchester United midfielder has not played since suffering a partial ligament tear in his knee while on international duty in March, but is included alongside former Arsenal forward Lukas Podolski.

Podolski, now at Galatasaray, has made 127 appearances for his country and will feature in his fourth European Championships if he makes the cut when Low refines his squad down to the required 23 at the end of the month.

Emre Can, who has impressed in Liverpool's midfield in recent weeks, is included although he is listed as a defender, while Arsenal's Mesut Ozil is the other Premier League representative.

"Besides the sporting worth, the personality of the players is important," said Low. "It's something special at a tournament, it's about more than just playing football, it's about the team.

"This has helped us before, when players drop out, Ilkay Gundogan for example, that they can be replaced. The collective is more important than the individual player."

Dormund's Gundogan is out with a knee injury, while Bayer Leverkusen midfielder Christoph Kramer has missed out after a poor season.

Uncapped midfielders Joshua Kimmich and Julian Brandt have been named in the squad, with Kimmich capping a meteoric rise having broken into the Bayern Munich side earlier this season.

Mario Gomez of Fiorentina, who spent the last season at Besiktas, is the only out-and-out striker included in the squad.

The team will fly to Ascona, Switzerland, for a training camp on May 24 before friendlies against Slovakia in Augsburg on May 29 and Hungary in Gelsenkirchen on June 4. Germany's first game is against Ukraine in Lille on June 12.