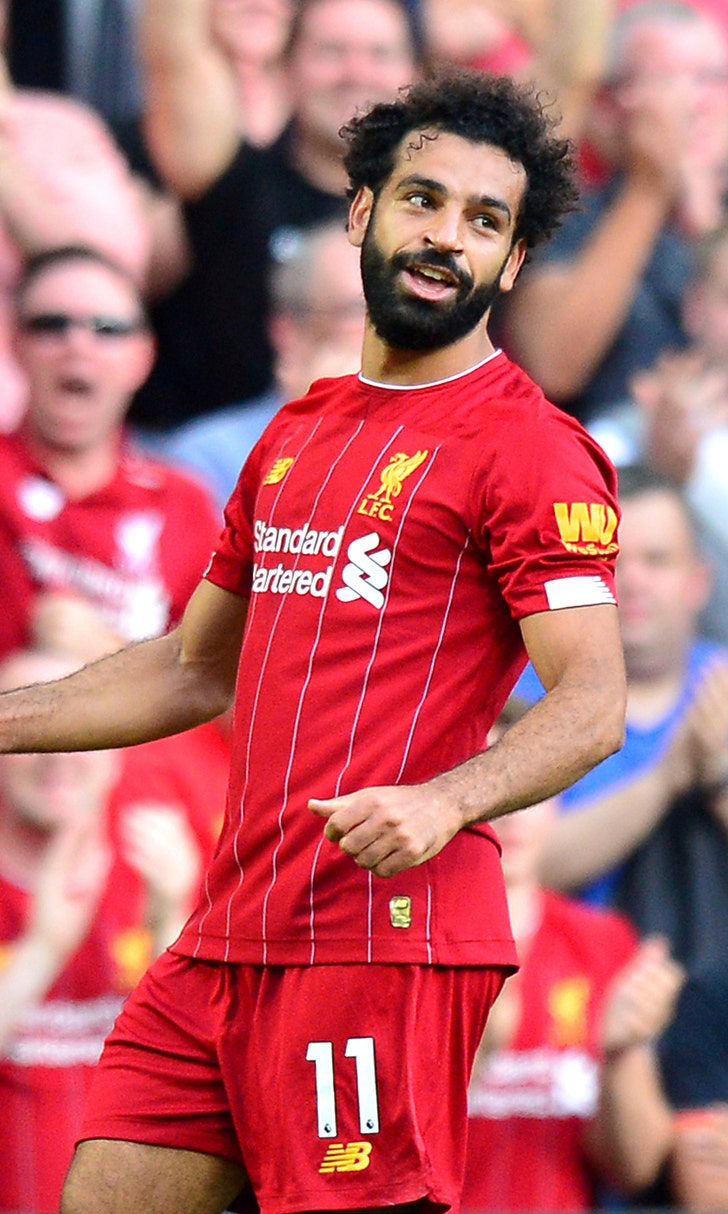 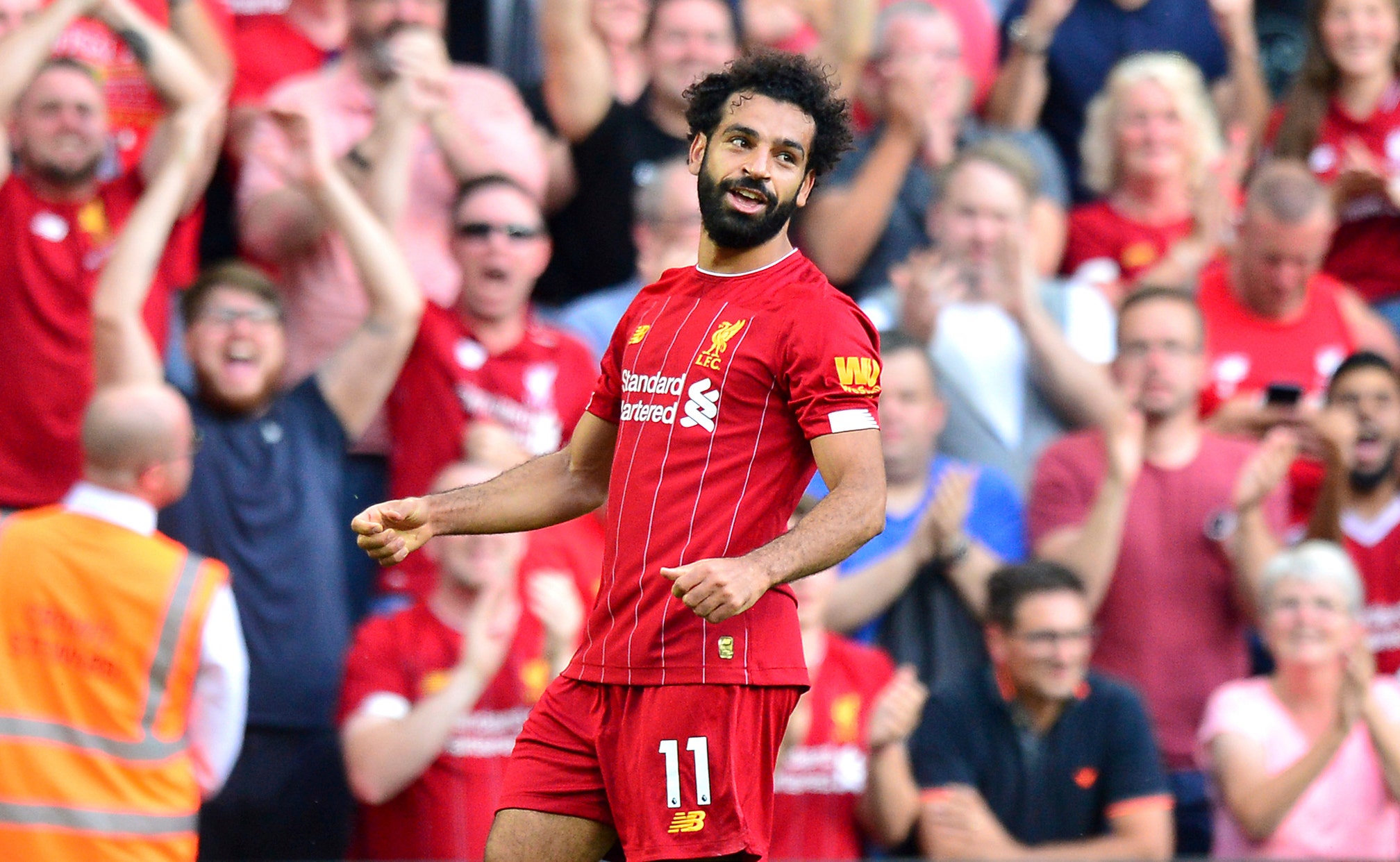 Mohamed Salah was just inside Arsenal's half when he collected the ball, befuddled David Luiz with a nonchalant jink and homed in on goal from the right wing.

The Liverpool star made the finish look easy, too, whipping the ball into the bottom corner.

With one of the best goals so far this season, Salah capped Liverpool's 3-1 win over Arsenal in a one-sided game between the top two teams in the Premier League.

Liverpool will be the only team to end the third round of games with a maximum nine points. The Reds appear well set for another tilt at an English top-flight title they haven't won since 1990.

If only Manchester United was in such a strong position.

Liverpool's traditional rival got a reality check Saturday with a 2-1 loss at home to Crystal Palace that exposed the deficiencies that still exist in the team.

United is no closer to solving its penalty woes, either, with Marcus Rashford reclaiming spot-kick duties after Paul Pogba's miss against Wolverhampton on Monday but also failing to score.

Worse was to come as United conceded a stoppage-time goal to lose for the first time this season and slip five points behind Liverpool.

There was also a first win for Frank Lampard as Chelsea manager, and away victories for Leicester, Southampton and West Ham.

David Luiz has established a reputation as a classy but error-prone defender during his time in English soccer with Chelsea and now Arsenal, and he marred his performance against Liverpool with a big mistake in the second half.

The Brazil defender tugged the jersey of Salah as a ball was slipped through to the Liverpool forward, and even had the temerity of complaining when a penalty was inevitably awarded.

Salah dispatched the spot kick in style, right in the top corner, giving Liverpool a 2-0 lead after Joel Matip had put the hosts in front with a header from Trent Alexander-Arnold's outswinging corner.

Salah's stunning solo effort — his second goal of the game — made the points safe for Liverpool, with Luiz's defending again leaving a lot to be desired.

Arsenal, which grabbed a late consolation through substitute Lucas Torreira, was the only other team to win its first two games.

Manchester United manager Ole Gunnar Solskjaer prompted debate this week by saying he has two designated penalty takers in Pogba and Rashford, despite concerns that it might cause confusion.

And Rashford followed Pogba in missing from 12 yards (meters) in the surprise loss against Palace.

In the end, Solskjaer preferred to focus on penalties that weren't awarded to his team at Old Trafford on Saturday, with Anthony Martial and Rashford both tumbling under challenges in the second half but seeing claims waved away.

United was poor, though, conceding a weak goal to go 1-0 down when a goalkeeper clearance was flicked on for Jordan Ayew to run free and slot home in the 32nd minute.

Daniel James curled a brilliant equalizer in the 89th minute, seemingly earning United a point, only for Palace left back Patrick van Aanholt to squeeze a shot under the body of goalkeeper David de Gea at the end of a counter-attack in the second minute of stoppage time.

At the fourth time of asking, Frank Lampard finally has a win as Chelsea manager.

Lampard, Chelsea's all-time scorer who took over from Maurizio Sarri this offseason, has shown faith in youth in his early weeks at the helm and was rewarded with the goals from Abraham and Mount.

Chelsea had lost 4-0 at Manchester United and was held 1-1 by Leicester in its opening two league matches, while also losing the UEFA Super Cup to Liverpool in a penalty shootout.

Finland striker Teemu Pukki made it five goals in his first three games in the English top flight by scoring Norwich's second goal.

Watford is the early-season crisis club after slipping to a third straight defeat by losing 3-1 at home to West Ham. Watford has lost its last seven matches in all competitions dating back to last season.