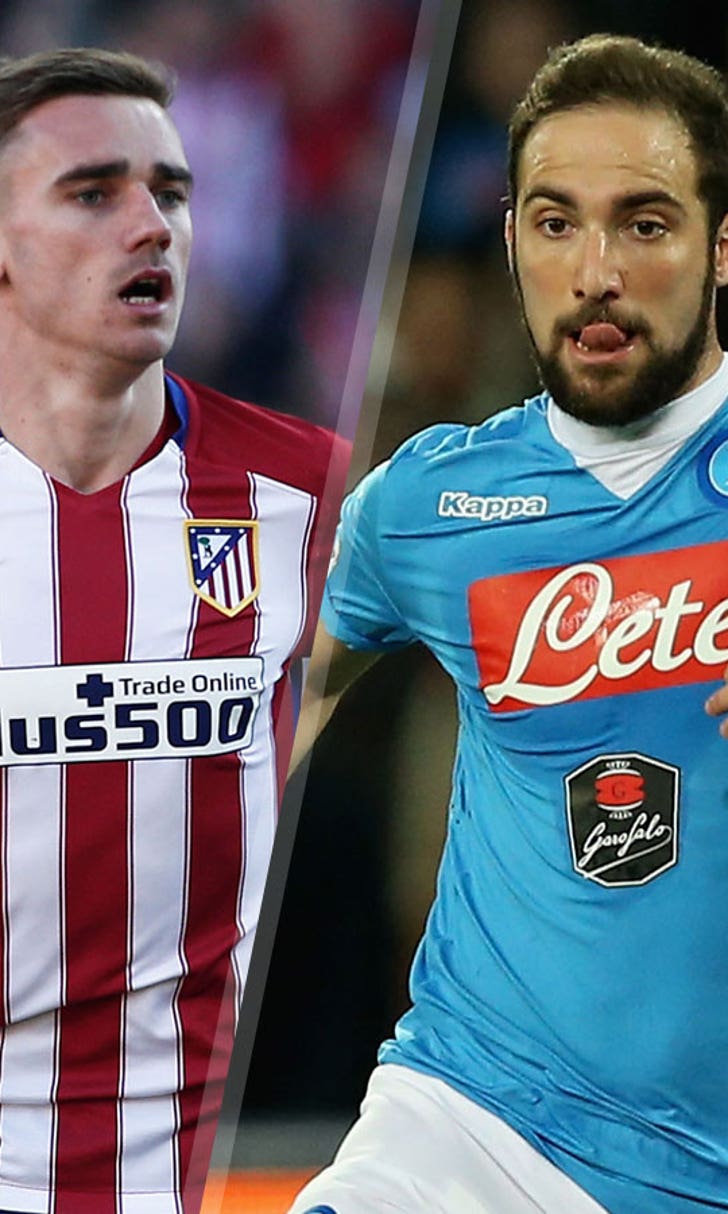 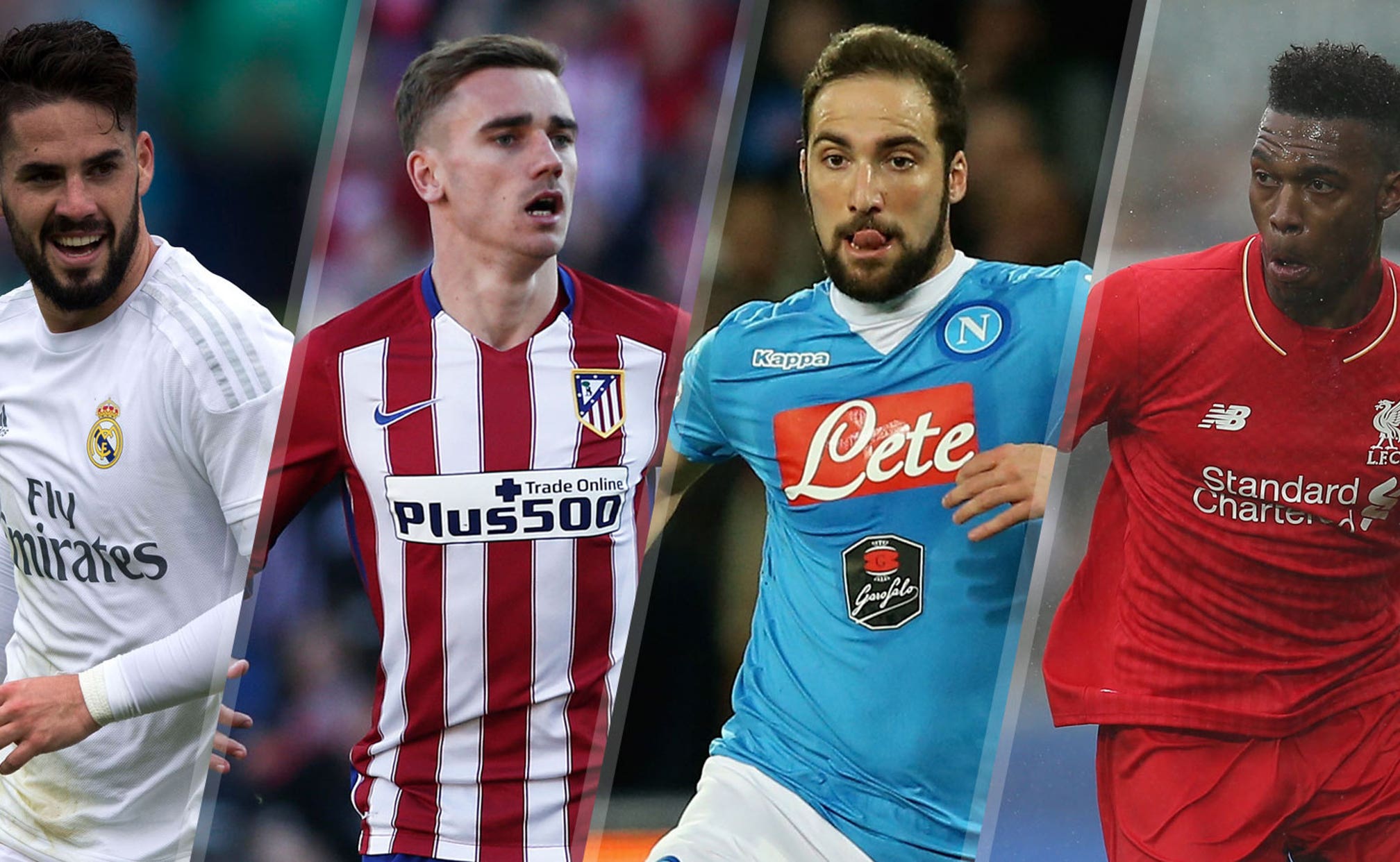 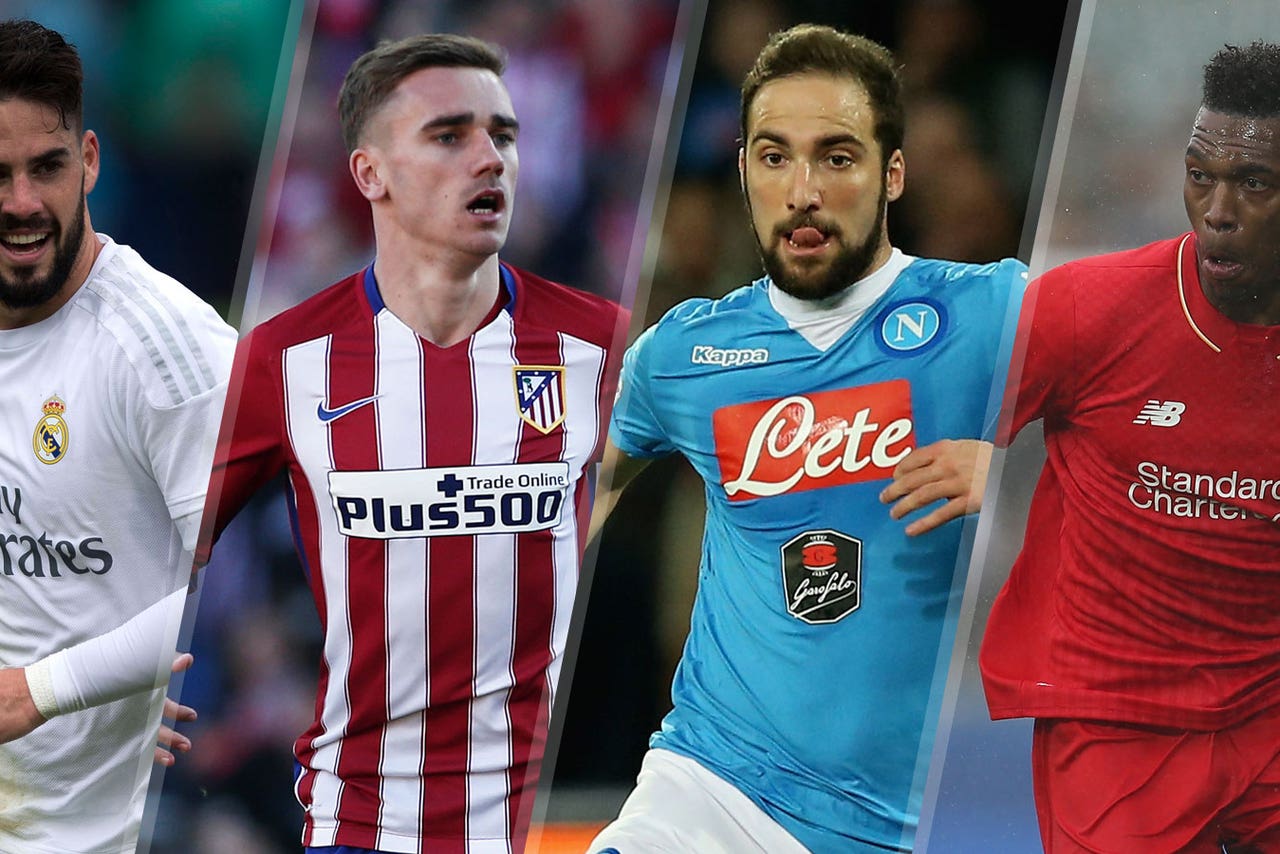 The highlights of this week's Rumor Mill include two potential departures at Stamford Bridge, a shock target for Barcelona and a possible Liverpool exit for Daniel Sturridge. All that and more as we countdown to the start of the summer transfer window. 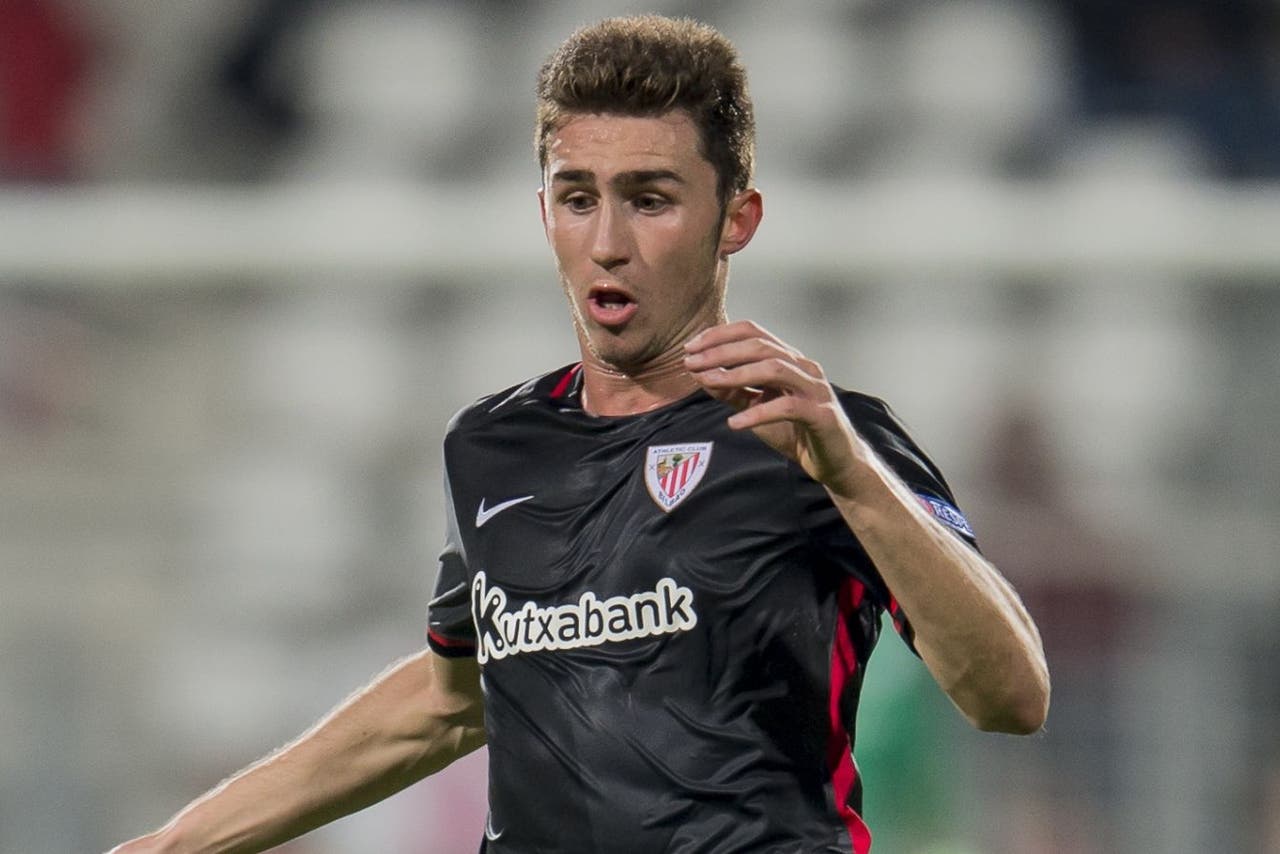 Rumor: Athletic Bilbao to Manchester City. // Likelihood: No deal at the moment, but it could still happen. // The Talk: According to reports in Spain, Manchester City have agreed to pay the €50million ($57million) release clause to sign Athletic Bilbao defender Aymeric Laporte. Despite currently being out injured with a broken leg and a dislocated ankle, City have identified him as their top defensive target for the summer. The report in newspaper EITB claims the agreement is "a specific request of Pep Guardiola." However, the French defender has since denied a deal is in place, saying the reports are "unfounded and inaccurate." 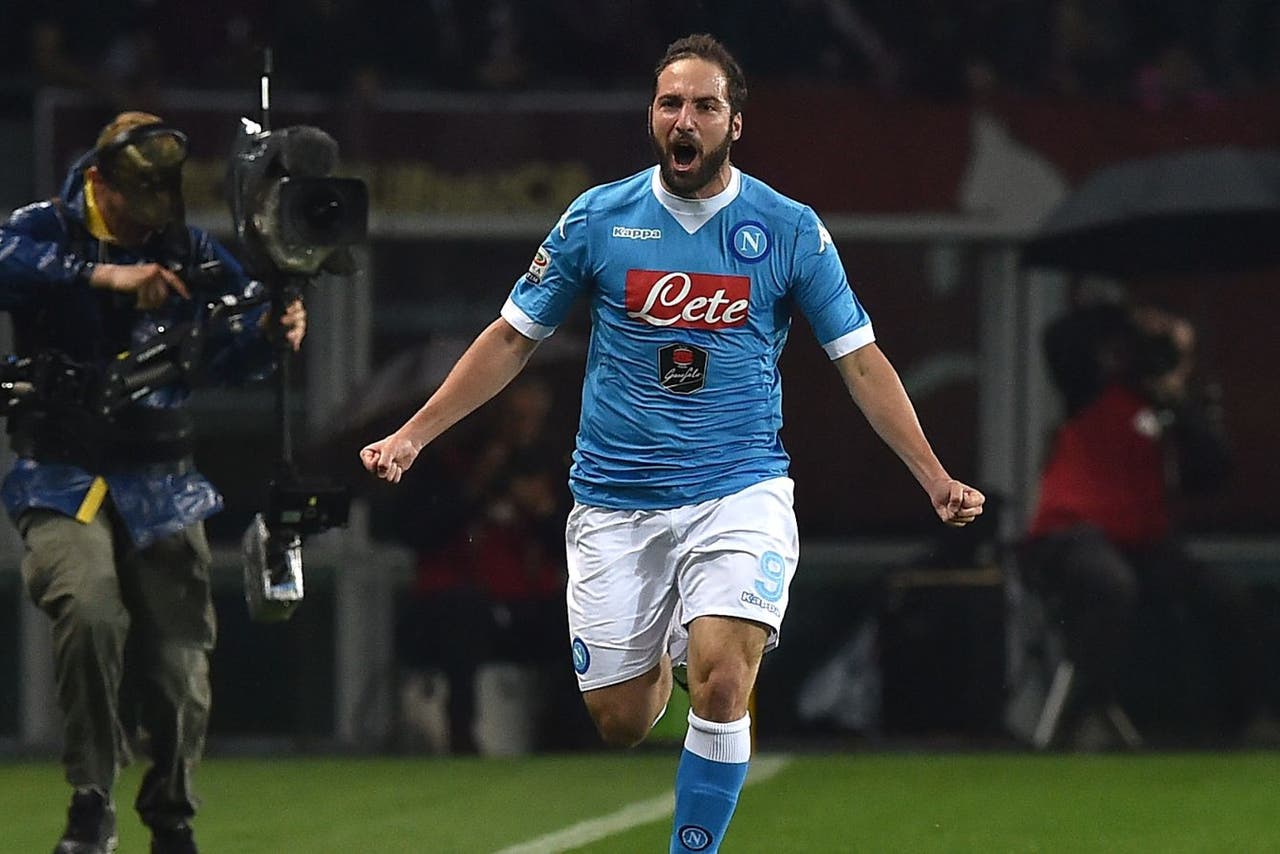 Rumor: Napoli to Chelsea. // Likelihood: Money talks. // The Talk: Napoli striker Gonzalo Higuain is ready to join Chelsea for £42million ($60.5million) this summer, according to the Daily Mail. The report says the Argentine is keen on a move to London but doesn't want to be second choice behind Diego Costa. Incoming Blues boss Antonio Conte wants to bring the striker to Stamford Bridge and is reportedly targeting a number of big names as he looks to reshape the squad. Higuain has scored 33 goals in 34 Serie A appearances this season and was a key reason for Napoli's title challenge before Juventus finally lifted the Scudetto. 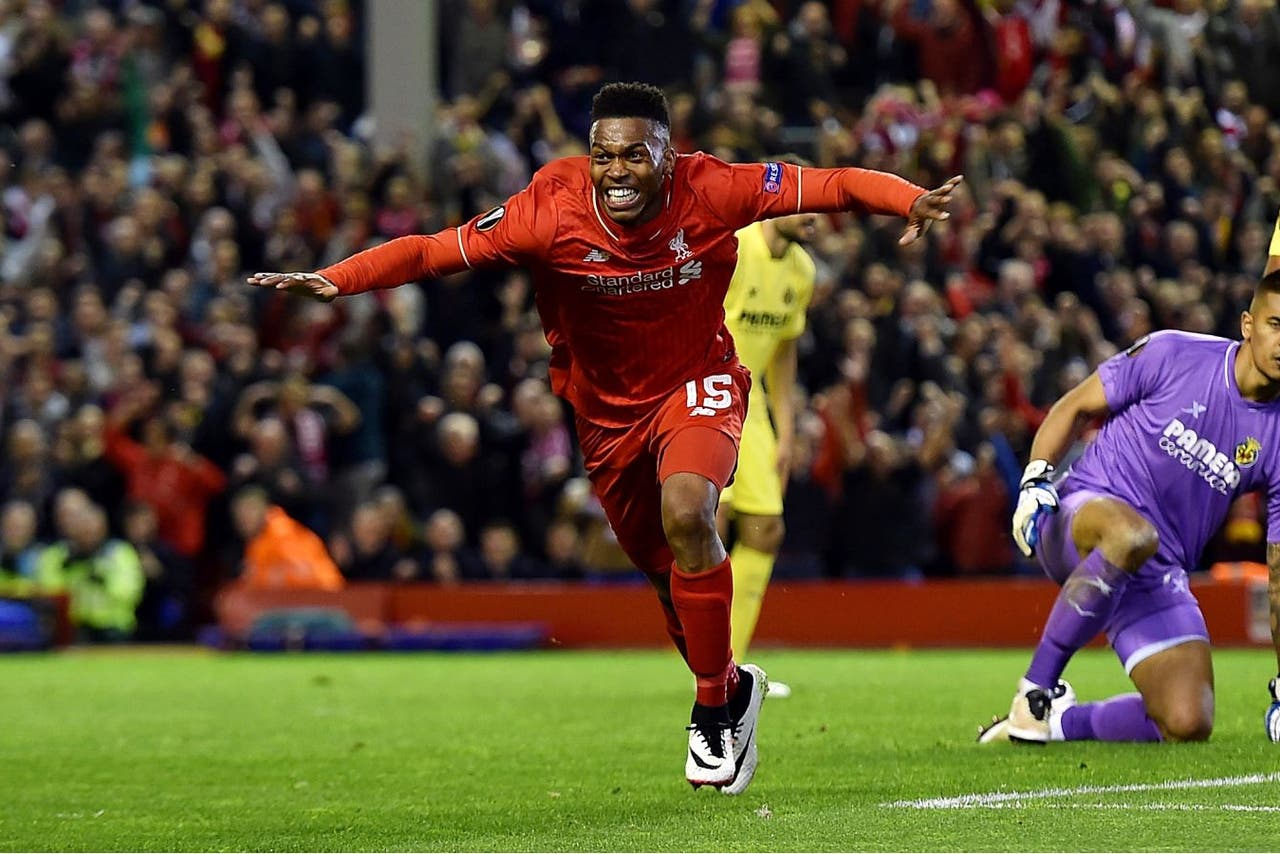 Rumor: Liverpool to Arsenal. // Likelihood: Unlikely to sell to rivals. // The Talk: Arsenal will bid £30million ($43.2million) for Liverpool striker Daniel Sturridge when the transfer window reopens, according to the Daily Mirror. Doubts still remain over the England international's future at Anfield despite Jurgen Klopp hailing his performance in the Europa League semifinal against Villarreal as "outstanding." Sturridge declared himself happy at Anfield after the match but you feel his stance could change unless he starts on a regular basis. The Gunners fans have been crying out for the club to invest in a top striker over the last few seasons and they might get their wish if the Reds are prepared to accept a bid for injury-prone Sturridge. 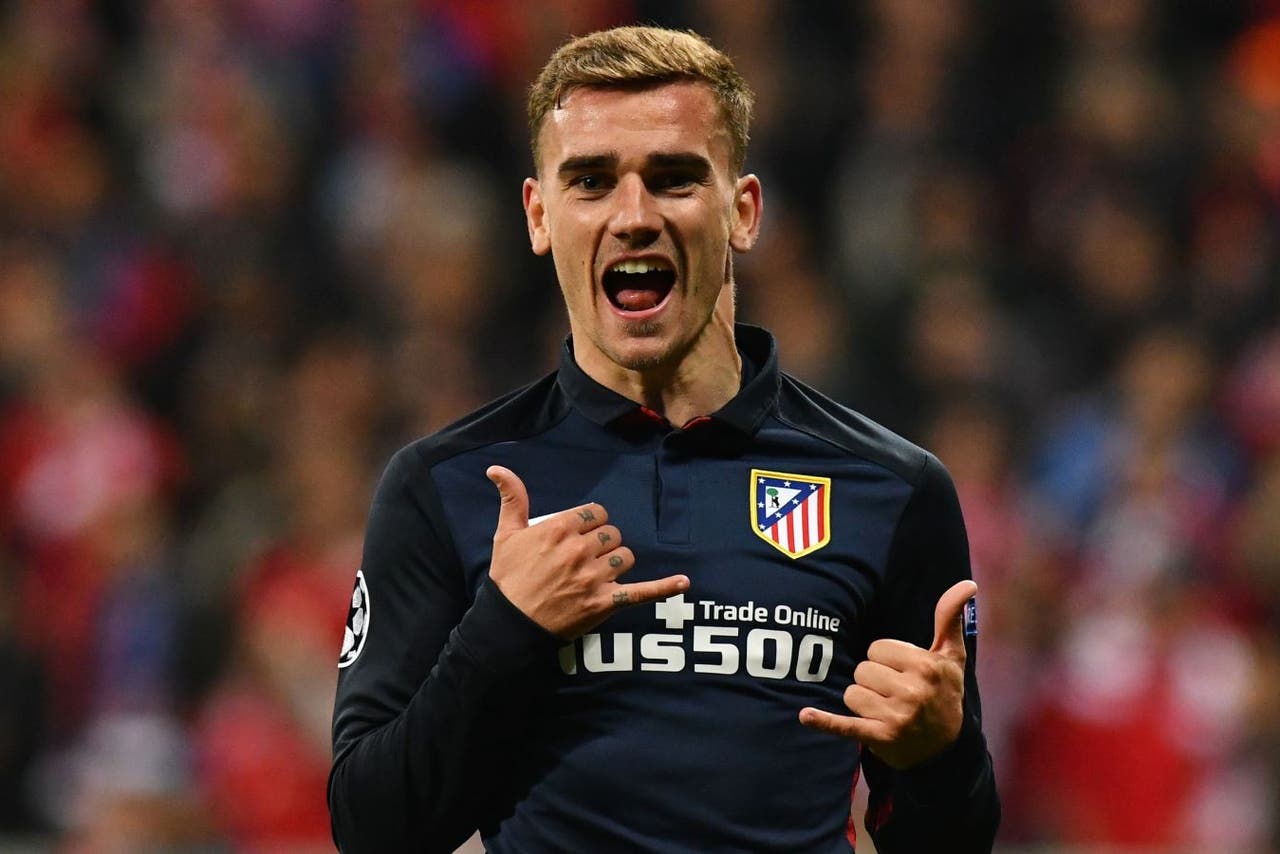 Rumor: Atletico Madrid to Manchester United. // Likelihood: No reason to leave Atletico. // The Talk: Manchester United are prepared to pay 'whatever it takes' to land Atletico Madrid star Antoine Griezmann, according to El Confidencial. The Frenchman has scored 56 goals over the last two seasons and was in superb form as he guided Atletico into the Champions League final. The report says that United are now ready to meet his release clause of £63million ($90.7million) as they prepare to attempt to bring him in ahead of the next campaign. The Red Devils have been linked with several strikers in recent weeks as Louis van Gaal looks to strengthen his attack and provide support for Anthony Martial, Wayne Rooney and Marcus Rashford. But with Manchester United not guaranteed Champions League football next season, would he want to move? 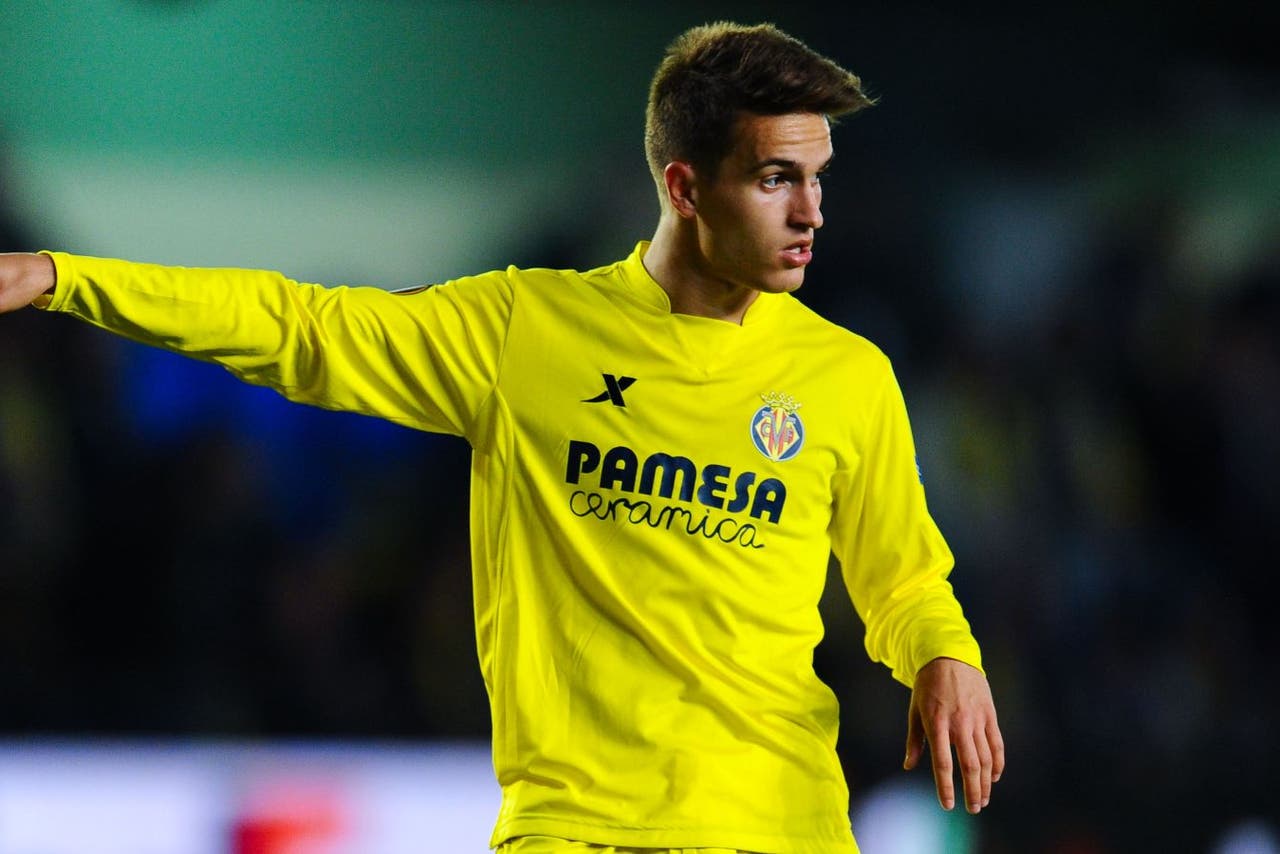 Rumor: Villarreal to Tottenham. // Likelihood: Maybe. // The Talk: The Sun claims Tottenham look to be leading the chase for Villarreal midfielder Denis Suarez. The report says Spurs sent their Head of Recruitment Paul Mitchell to watch Suarez in Villarreal's 3-0 Europa League loss to Liverpool on Thursday. The attacking midfielder's ability to play anywhere along the front line means he will fit in well with Mauricio Pochettino's current recruitment policy. The Spaniard has impressed in La Liga and the Europa League this term after leaving Barcelona at the end of last season. And the Catalan's could be Tottenham's biggest competition after they inserted a buy-back clause into his contract when he joined Villarreal. 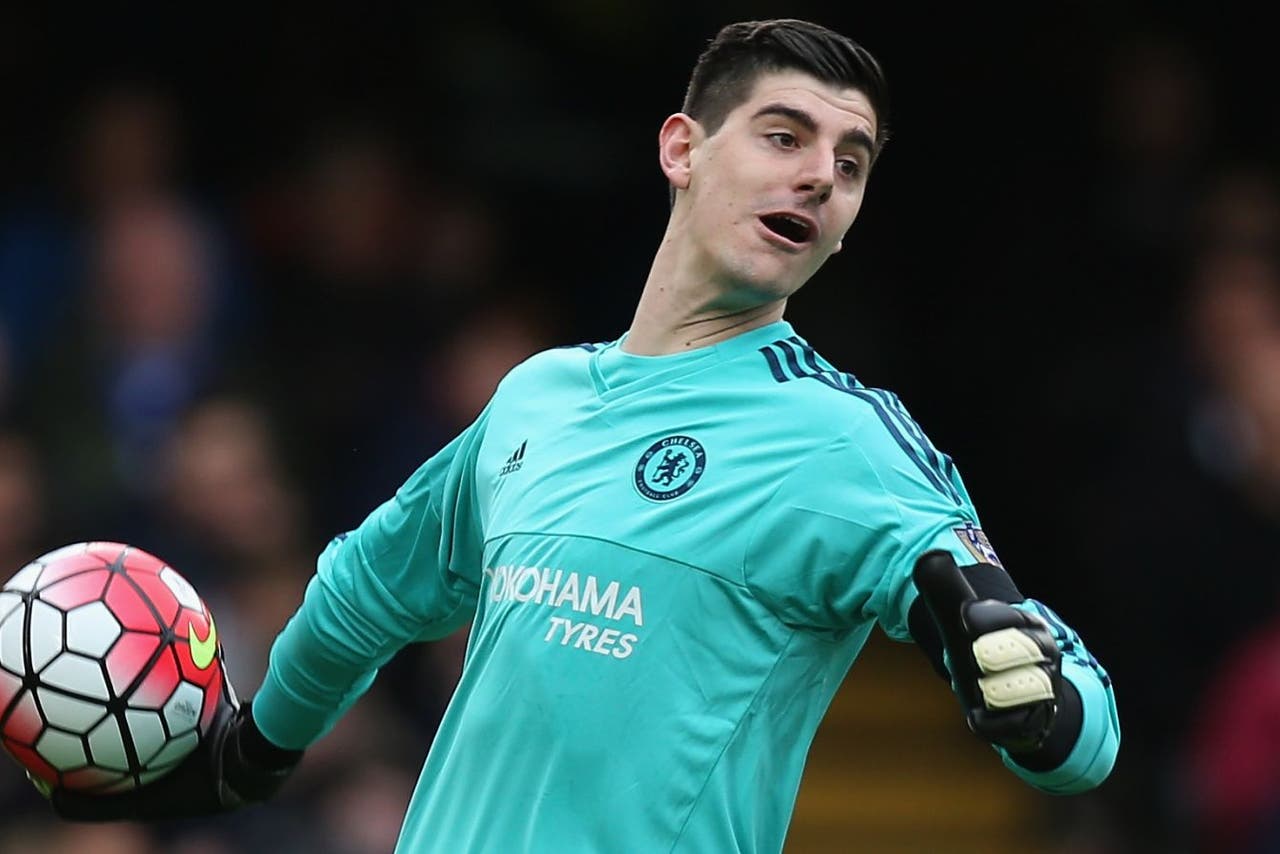 Rumor: Chelsea to Real Madrid. // Likelihood: Price tag could prove the stumbling block. // The Talk: Real Madrid are considering making an offer for Chelsea goalkeeper Thibaut Courtois, according to the Daily Mail. It is thought the Blues would demand £65million ($93.6million) for the Belgian international as they prepare to offload one of their best players this summer. Real Madrid are yet to bid for the player but will be encouraged by the news that he may be unsettled at Stamford Bridge after recent reports that he doesn't agree with goalkeeping coach Christophe Lollichon's training methods. And the Daily Mail claim that Antonio Conte has picked up on the rumors and is keen to avoid any unnecessary headaches ahead of his first season in charge. 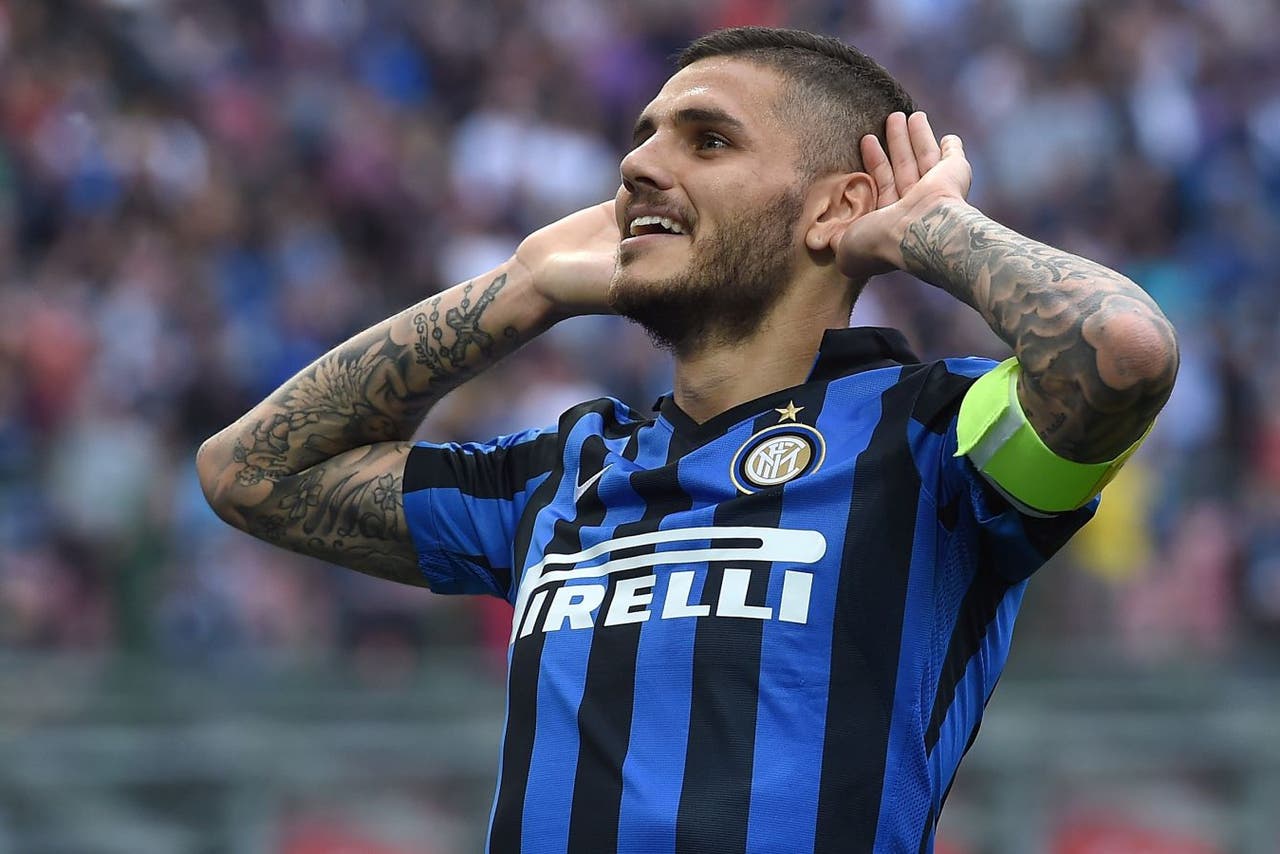 Rumor: Inter Milan to West Ham. // Likelihood: A good chance. // The Talk: West Ham are lining up Inter Milan striker Mauro Icardi as their marquee signing of the summer, according to the Daily Mirror. The east London side are preparing to move into their new 60,000 Olympic Stadium home from next season and are thought to be keen on landing a high-profile player before kickoff. Sources close to the player have indicated to the Daily Mirror that the Argentine would be interested in a move to the Hammers. Icardi has scored 52 goals in 102 matches for Inter and finished last season as top scorer in Serie A. Although Arsenal are also thought to be interested, West Ham are prepared to match the release clause of €35million ($39.9million) and meet his wage demands. 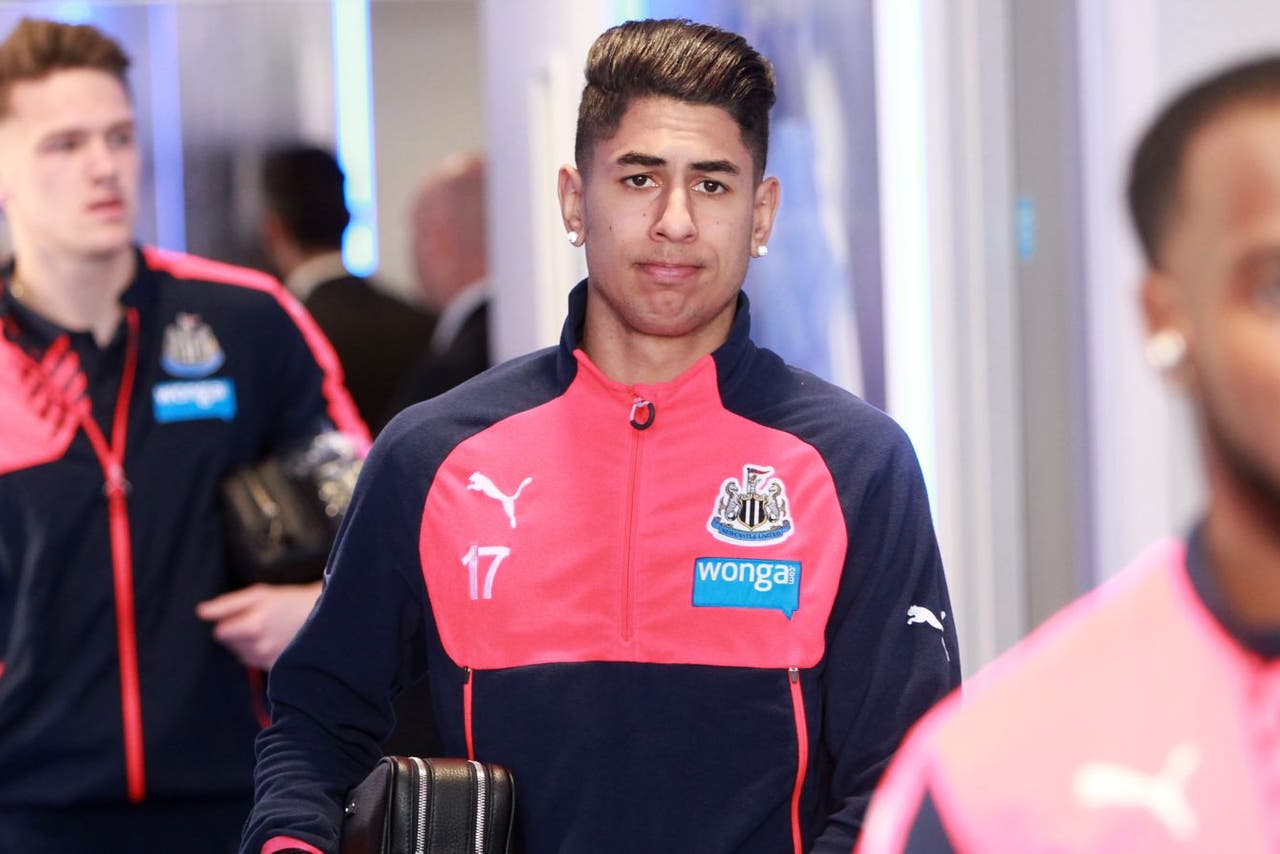 Rumor: Newcastle United to Barcelona. // Likelihood: Might leave, but probably not to Barca. // The Talk: Newcastle United striker Ayoze Perez is a shock target for La Liga giants Barcelona, according to the Daily Mirror. The report claims that the Spanish league leaders will look to take the 22-year-old to the Camp Nou as an understudy to their prolific front three of Lionel Messi, Neymar and Luis Suarez. It is likely that reserve forwards Sandro and Munir El Haddadi will leave Barca in the summer and they will be on the lookout for someone who is happy to warm the bench. If Newcastle are relegated then Perez may be keen to leave the club anyway, whether that is to Barcelona or elsewhere. 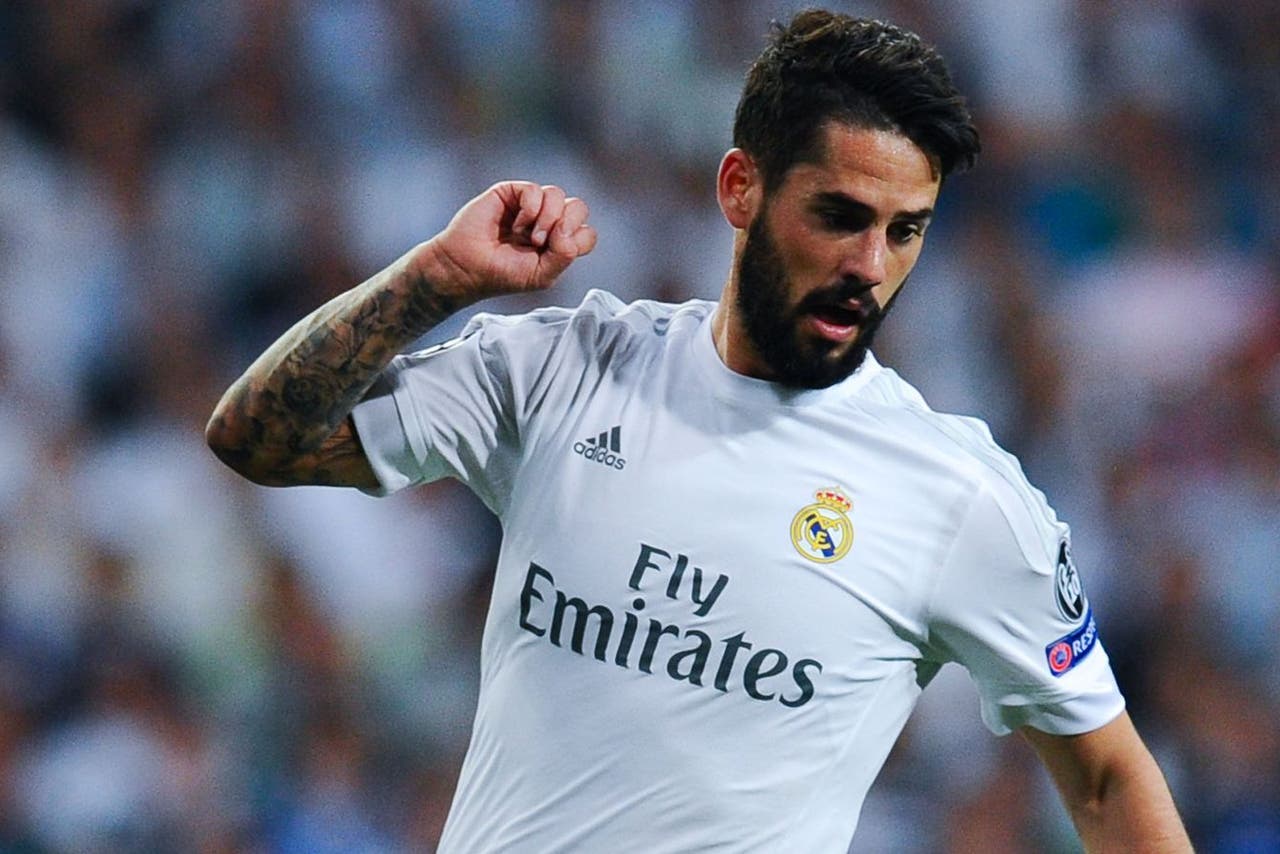 Rumor: Real Madrid to Manchester United. // Likelihood: Very likely. // The Talk: Manchester United are set to ruin Arsenal's deal for Real Madrid attacking midfielder Isco, according to reports. Jose Mourinho will reportedly pull out all the stops to land the Spaniard this summer if he takes over at Old Trafford. Italian journalist Emanuele Giulianelli thinks Mourinho could persuade Isco to head to Manchester rather than London: "I can tell you, there's a sort of agreement between Real and Arsenal to sit down at the table in the summer," Giulianelli told Tribal Football. "But the appeal of the Special One could convince the young Spanish player to join the Red Devils." 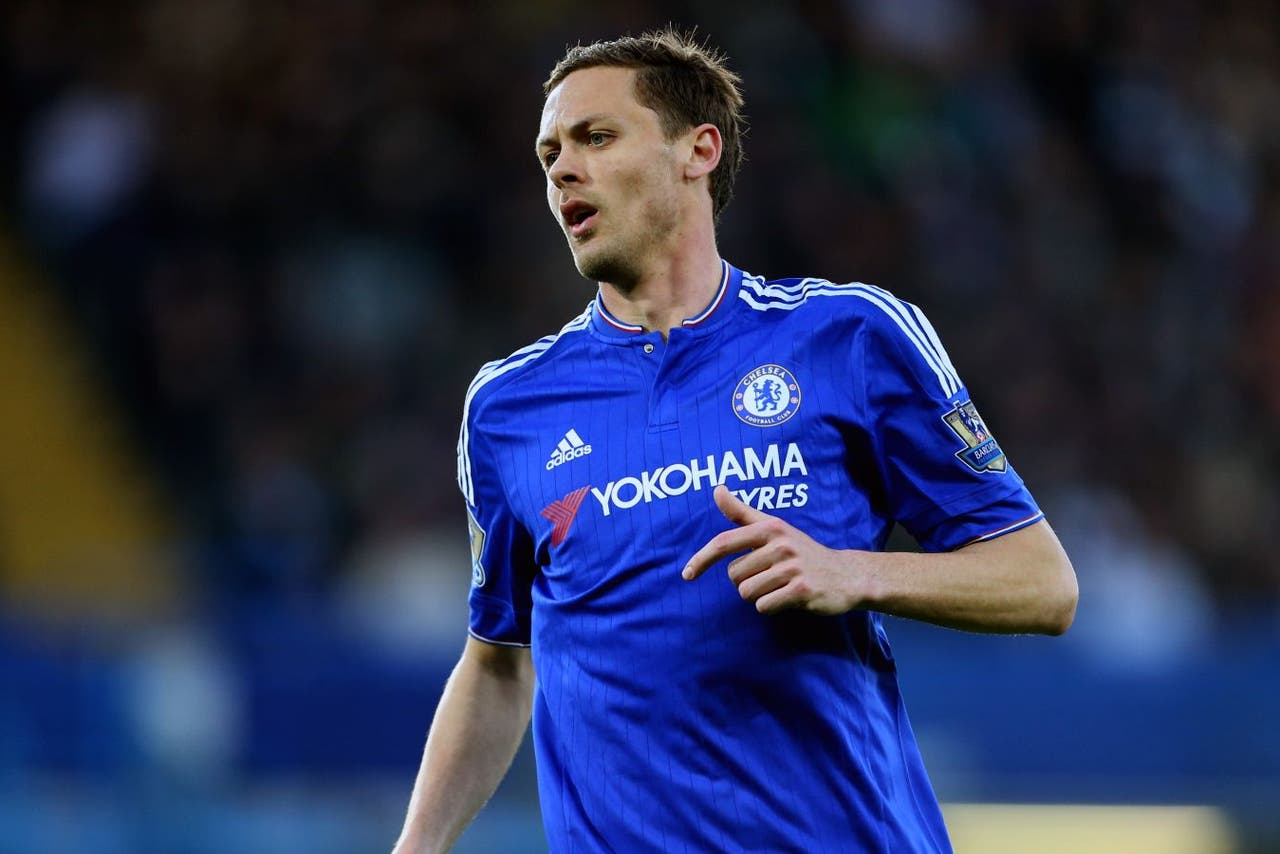 Rumor: Chelsea to Juventus. // Likelihood: Makes sense. // The Talk: Juventus have already sealed a deal for Chelsea midfielder Nemanja Matic, according to the Daily Star. The newspaper claims that Juve have agreed a £20million ($28.8million) fee with the Blues and that Juan Cuadrado -- who is on loan in Turin -- will return to Stamford Bridge and get a fresh start under Antonio Conte. Chelsea have had a terrible season after winning the league last year and some of this campaign's flops are set to be offloaded. Following a brilliant first season back in London, Matic hasn't been able to replicate that form this time around, and the Blues are thought to be ready to let him go for around the £21million ($30.2million) they paid Benfica.