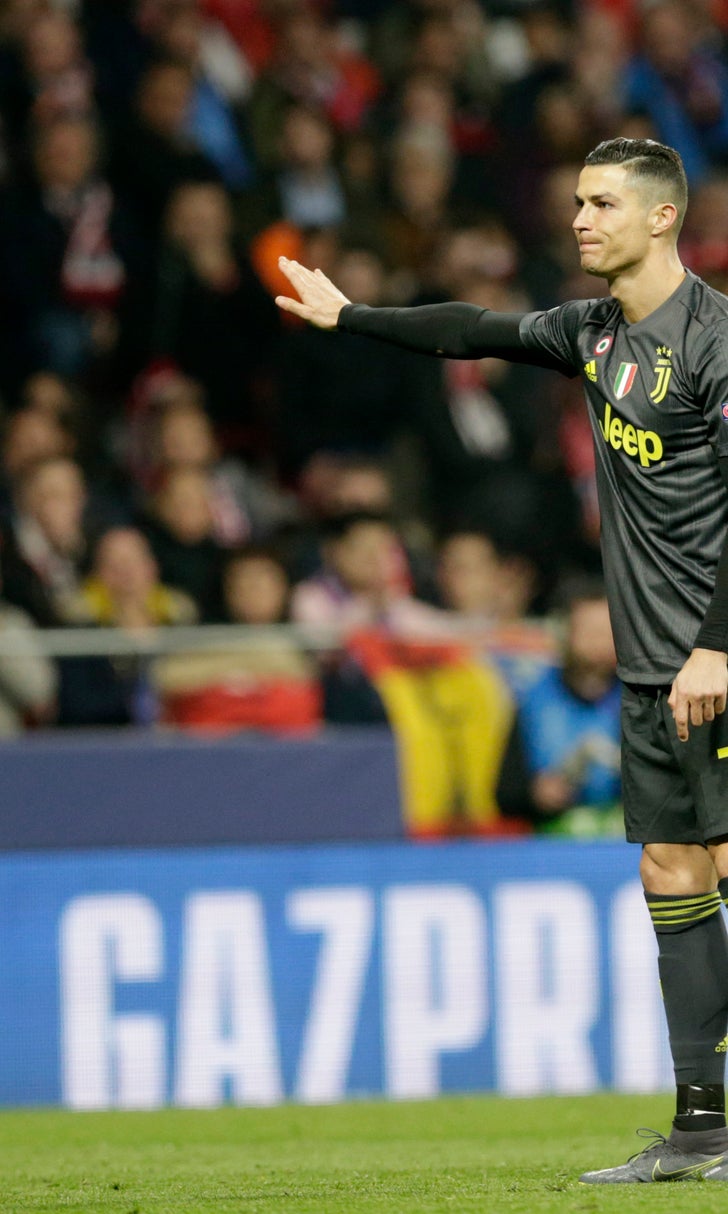 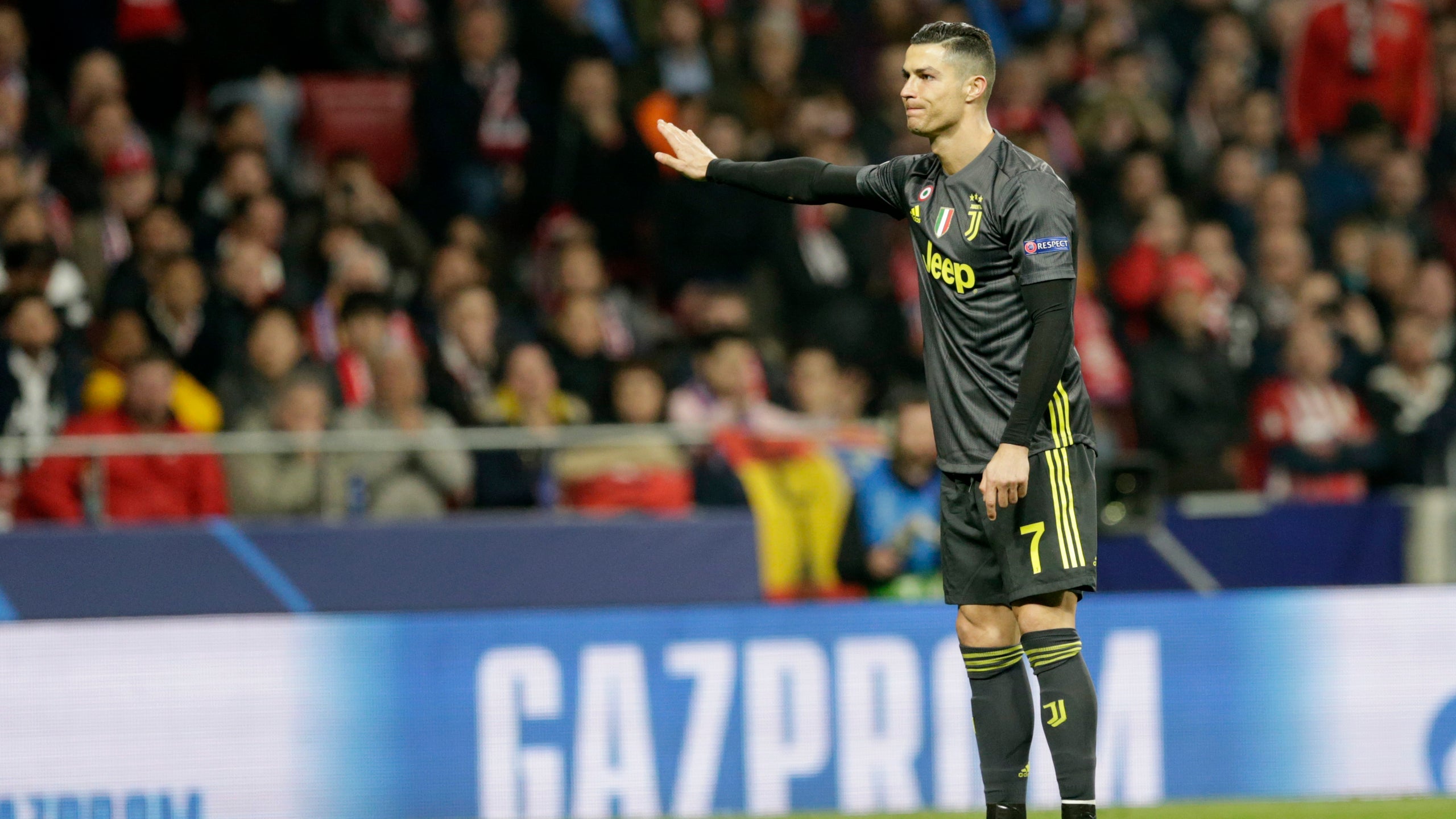 Ronaldo's opponents triumphant in his return to Madrid

MILAN (AP) — In Cristiano Ronaldo's return to Madrid, it was his opponents that turned out to be triumphant.

Juventus not only lost on the field against Atletico Madrid, but the club also took a hit on the Italian Stock Exchange with its share price dropping more than 9 percent on Thursday morning.

Instead, Ronaldo was reduced to mocking the home team on the field while Atletico coach Diego Simeone again demonstrated his tactical talent by leading his side to a 2-0 victory on Wednesday.

Jose Maria Gimenez and Diego Godin scored second-half goals for the hosts in the first leg of the last 16 match while a heavily-marked Ronaldo struggled to make a difference.

The second leg will be on March 12 in Turin, and Juventus is already preparing itself for the match.

"20 days. 20 days to GET READY for a challenge TO LIVE, and TO WIN, all together. Until the end," Juventus coach Massimiliano Allegri wrote on Twitter on Thursday.

Ronaldo holds the record for most goals scored in the Champions League, but he has netted only one in six matches this season. He also got sent off against Valencia in his first European match for his new club.

With things not going his way against Atletico, Ronaldo waved five fingers at the home fans, a move meant to show he has won the Champions League five times.

Two of those five titles came from finals against Atletico.

But for Ronaldo to win another, and for Juventus to finally get its third after a pair of recent losses in finals, Allegri needs to improve the team's defense on set plays. Atletico's goals came from a corner and a free kick that were not cleared, and six of the last seven goals Juventus has conceded in the Champions League have come from set pieces.

"We knew they were very dangerous on set plays and we should have been more focused," Juventus defender Giorgio Chiellini said. "Now we'll hit the reset button and try to turn this around."

Juventus has plenty of time to prepare for the second leg. It has Serie A matches against struggling Bologna, second-place Napoli and Udinese before hosting Atletico. And with a 13-point lead over Napoli, the team can allow most of its focus to be on the Champions League.

But Allegri knows things must get better before next month's match.

"We couldn't have been any worse than in the second half, so we must have confidence for the return leg," Allegri said. "The 2-0 can be overturned. It is useless to cry over it."