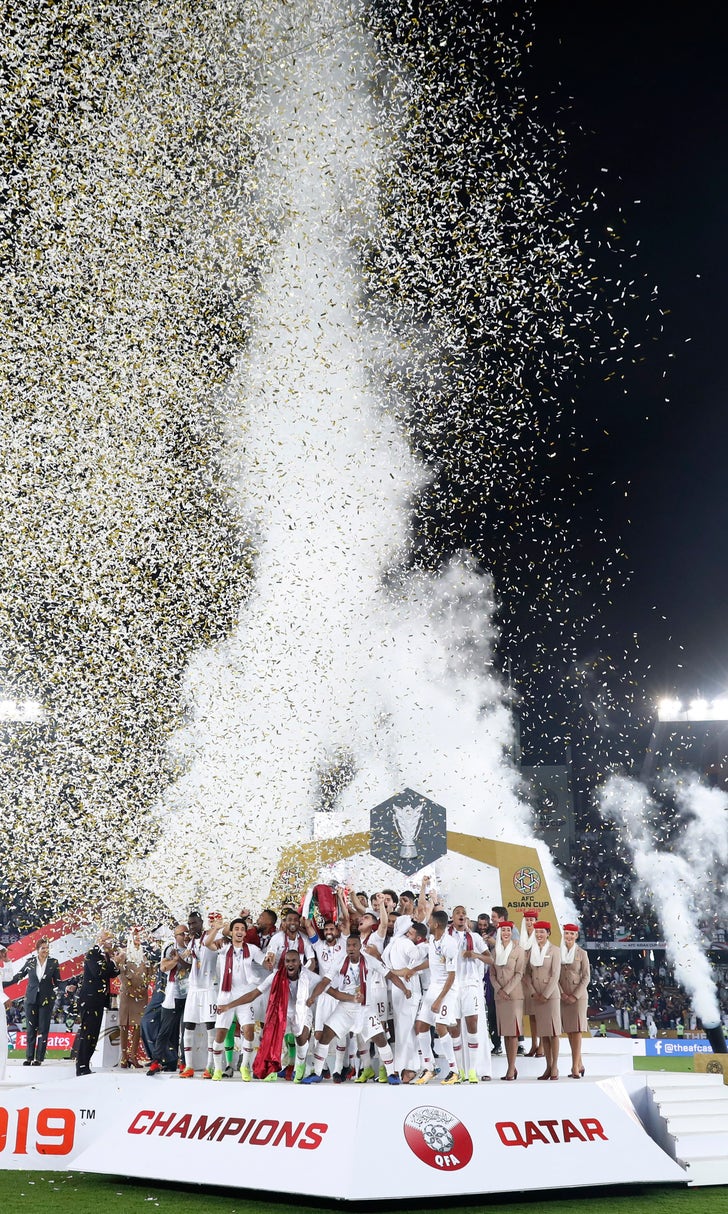 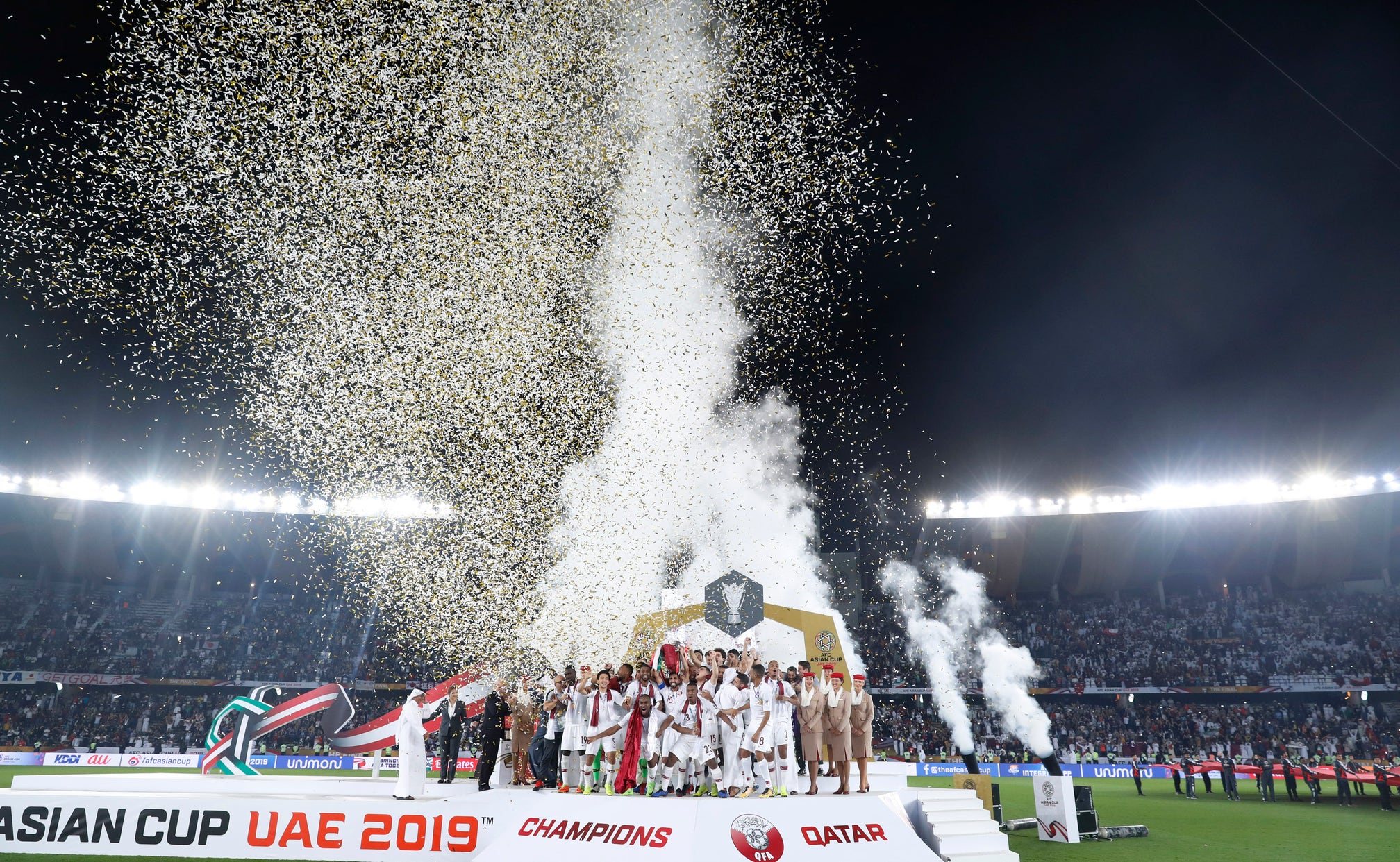 DOHA, Qatar (AP) — Qatar's footballers have paraded the Asian Cup through the streets of Doha on an open-top bus decorated with a picture of the team on the side.

"I am proud to make these people happy," said Ali Almoez, the tournament's top scorer with nine goals. "I am proud of this thing and all the players are. For 40 years Qatari people did not celebrate, now we will celebrate for the next four years and not stop."

Qatar couldn't fly directly home from the tournament because the United Arab Emirates has cut travel, diplomatic and economic ties with Doha since 2017.

Players and the backroom staff were mobbed by fans, friends and family at the airport.

"I am very happy to see the people celebrating with us, we realize how big what we did is," coach Felix Sanchez said. "When you win a trophy like that you feel very proud, to see that the hard work sometimes gives you the reward."

Victory will give Qatar renewed hope of being able to compete against the world's best teams when it qualifies for the first time for the World Cup — as hosts — in 2022.

Qatar
share story
those were the latest stories
Want to see more?
View All Stories
Fox Sports™ and © 2021 Fox Media LLC and Fox Sports Interactive Media, LLC. All rights reserved. Use of this website (including any and all parts and components) constitutes your acceptance of these Terms of Use and Updated Privacy Policy. Advertising Choices. Do Not Sell my Personal Info