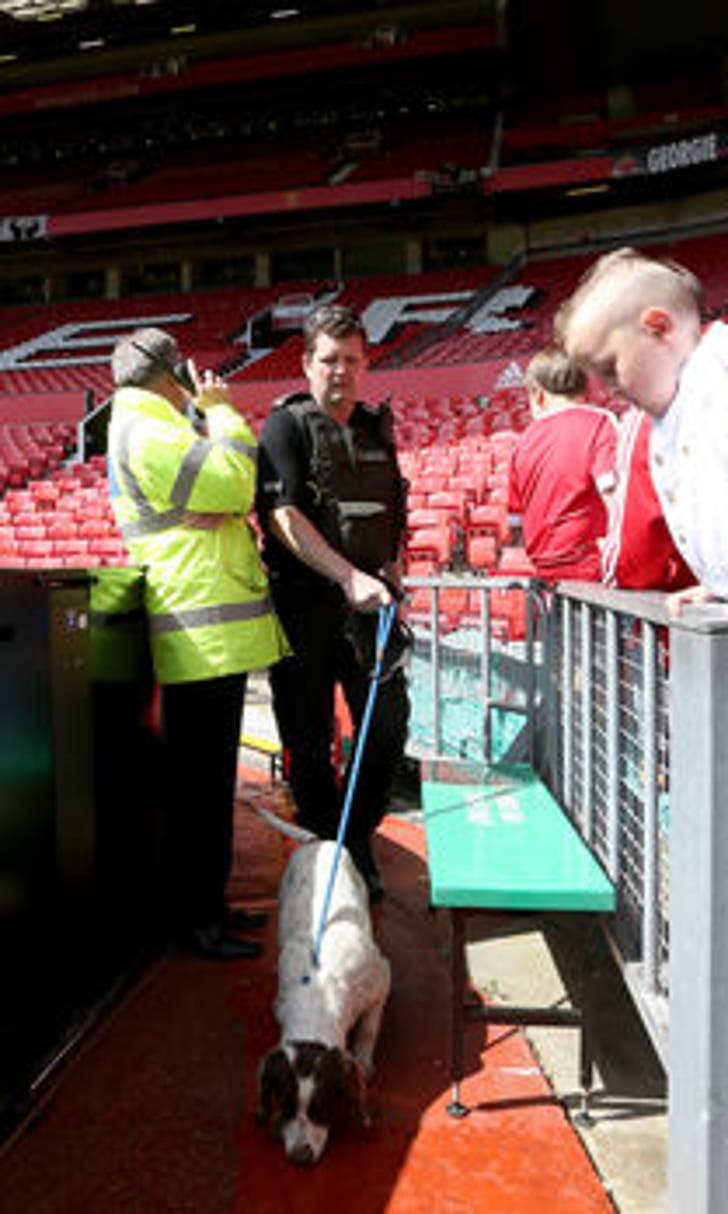 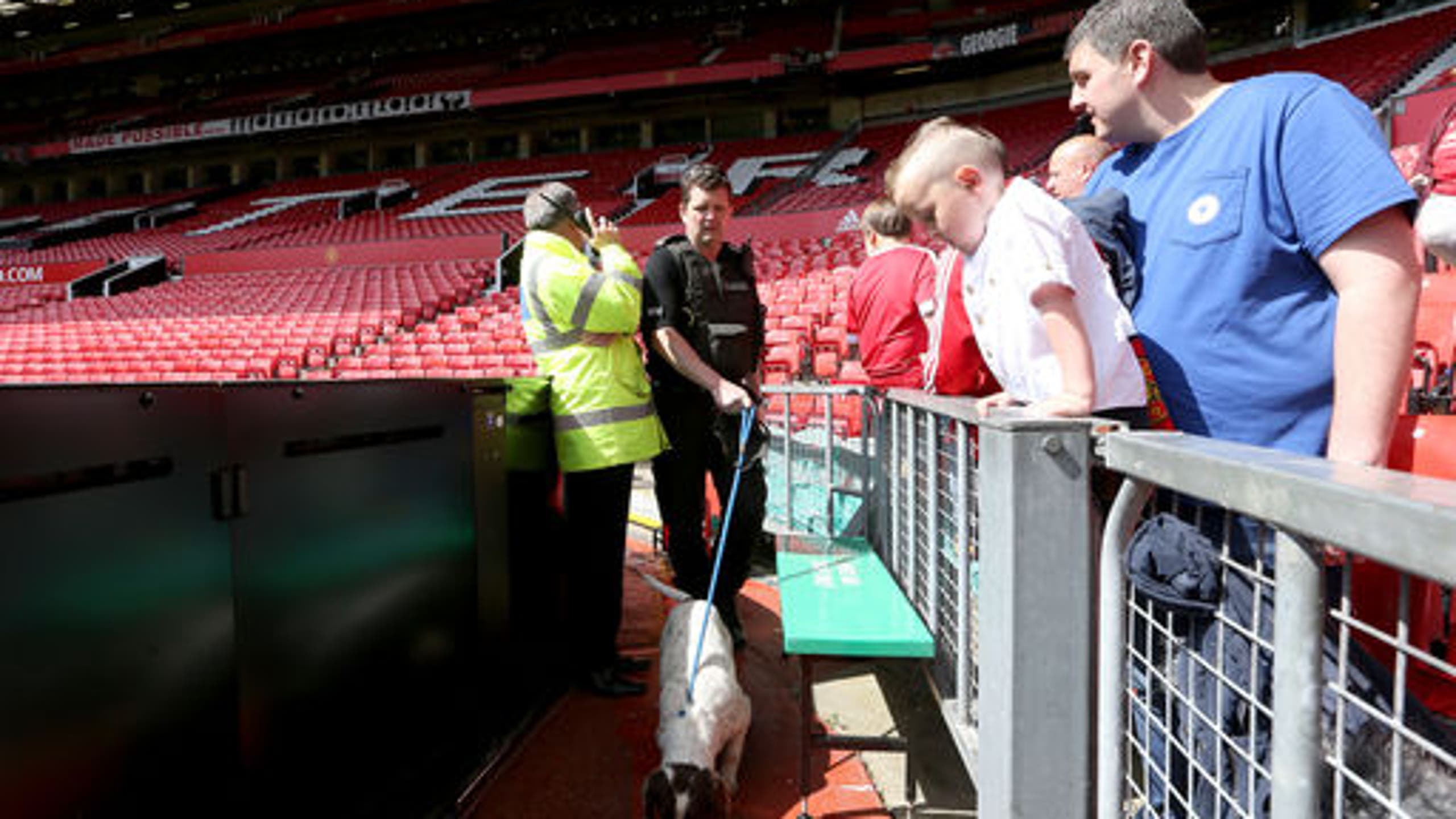 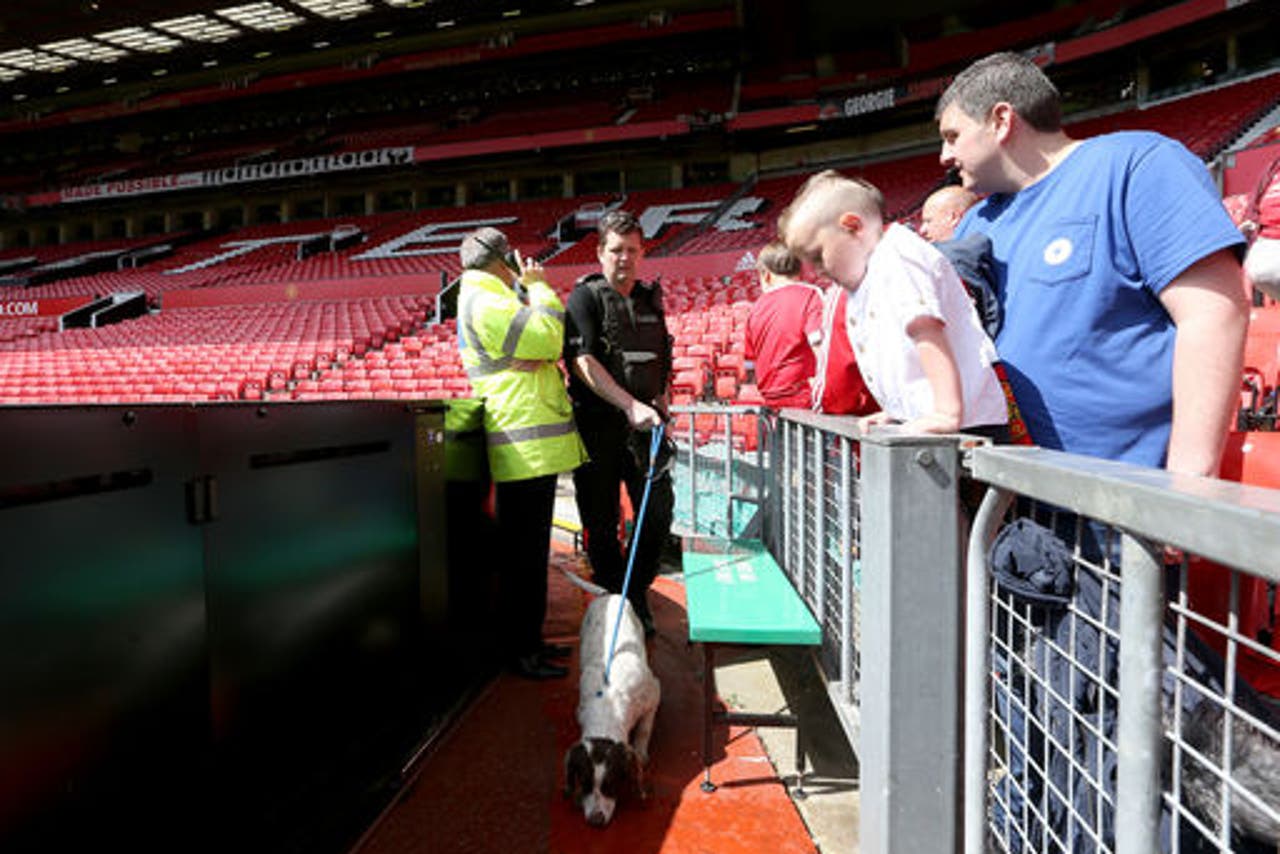 Police initially described the device as ''incredibly lifelike'' as Manchester United's planned match with Bournemouth was cancelled, to the boos of some fans. Four hours later, bomb technicians reported that the device was a hoax.

The security alert reflects increased security at Premier League stadiums following last year's Paris attacks that targeted the Stade de France sports stadium as well as cafes, bars and a concert hall. It followed the British government's announcement Wednesday that it was raising the nation's threat level due to intelligence indicating the ''strong possibility'' of attacks in Britain by factions of the outlawed Irish Republican Army.

Local media reported there were no telephoned warnings in advance of Sunday's alert, and no group claimed immediate responsibility for causing the disruption at Old Trafford stadium. IRA factions typically issue telephone warnings when placing bombs or hoax devices in civilian areas.

The Premier League has announced that the match will now be played on Tuesday at 8 p.m. local time.

It was the first Premier League match to be postponed because of a bomb threat. An exhibition soccer game between Germany and the Netherlands was canceled in November after police said they received a bomb threat. No explosives were found.

On Sunday, security staff escorted fans from the stadium about a half hour before the scheduled 3 p.m. (1400 GMT) kickoff. Soldiers were deployed as part of the security sweep of the 75,635-seat stadium.

''Full assessment now concluded and found device wasn't viable,'' the Greater Manchester Police said on its Twitter page. ''A full search of the stadium is ongoing.''

Players from both teams were taken off the pitch during the warm-up and kept in the changing rooms. Some fans booed as a stadium announcer instructed them to exit the building.

''We are doing everything we can to investigate this item as quickly as possible, however our priority is obviously to ensure the safety of everyone in the stadium and surrounding area,'' said John O'Hare, assistant chief constable of Greater Manchester Police.

United said the package was found on the northwest end of Old Trafford. Fans sitting in other stands initially had been allowed to stay inside the stadium.

Police maintained a strong presence outside Old Trafford as fire engines attended the scene. Sniffer dogs were also seen inside the stadium.

Greater Manchester Police said on its Twitter page that people should ''avoid the area if possible.''

The match was one of 10 taking place on the final day of the Premier League season. The other nine matches went ahead.

United was vying with Manchester City to finish in fourth place in the Premier League and qualify for the Champions League. City drew 1-1 at Swansea, effectively ending United's top-four chances.

''It is always the last resort to abandon one of our fixtures and while we apologize for the inconvenience caused to fans, we are sure, in the circumstances, they will appreciate the need to do so,'' the Premier League said.

United is scheduled to play Crystal Palace in the FA Cup final Saturday at Wembley Stadium in London.

Sunday's security scare rekindled memories of April 1997, when the dominant Provisional faction of the IRA used a telephoned bomb warning to force the evacuation of the Grand National horse race in Liverpool being attended by 60,000 fans, many of them Irish. That disrupted race eventually went ahead two days late in front of relatively few fans.

The Provisional IRA has observed a cease-fire since July 1997 and renounced violence in 2005, but several rival factions continue to plot attacks in the British territory of Northern Ireland.

On Wednesday, Home Secretary Theresa May told lawmakers in the House of Commons that the domestic intelligence agency MI5 had decided to raise its threat level of an IRA attack in Britain to ''substantial,'' the third-highest level. That means MI5 - responsible for monitoring IRA splinter groups in Northern Ireland - considers an IRA attack in Britain a ''strong possibility.''

Updated at 4:14 p.m. ET with the Premier League's announcement of a date and time for the match to be played.