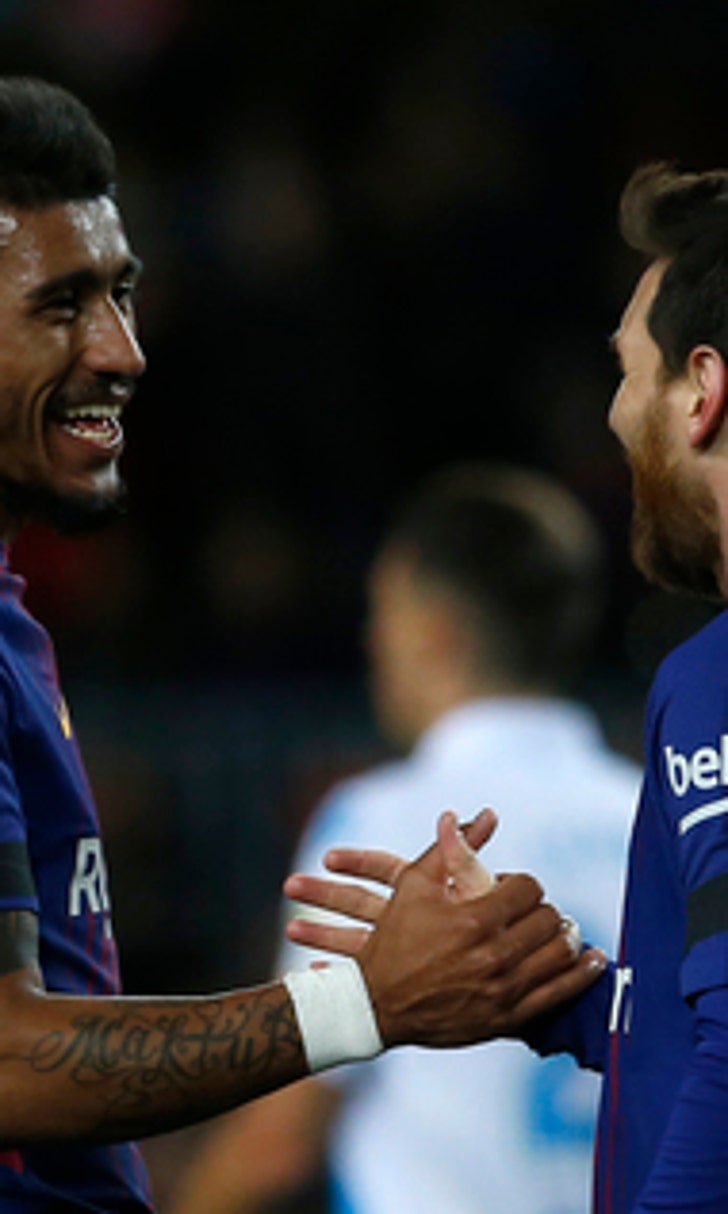 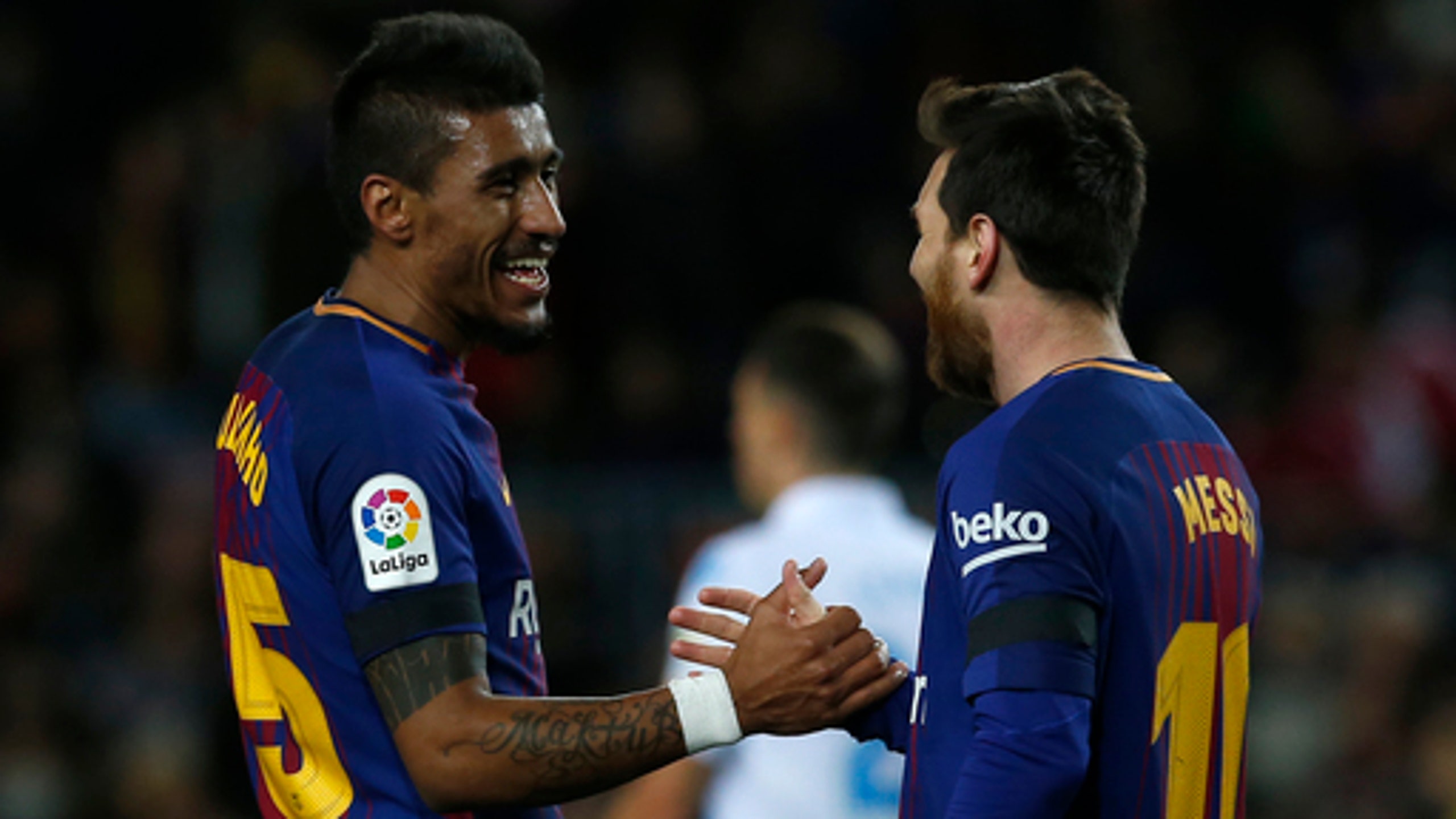 Barcelona can still outscore opponents even on a rare day when Lionel Messi is far from his brilliant self.

Barcelona warmed up for next round's ''clasico'' match at Madrid by routing Deportivo La Coruna 4-0 Sunday to increase its lead of the Spanish league.

Messi tried to join in the demolition, but the Argentina forward had a penalty saved by goalkeeper Ruben Martinez after he had already been frustrated on three separate occasions when he hit the woodwork. Jordi Alba and Luis Suarez also sent shots off the post.

Barcelona didn't need any goals from Messi, however, as Suarez and Paulinho both scored twice to help the team capitalize on Valencia's loss at Eibar on Saturday.

''If we had practiced to hit the woodwork we probably wouldn't do it as well,'' Barcelona coach Ernesto Valverde joked. ''Once the first goal fell, our opponent had to take risks and that made things easier.''

Unbeaten Barcelona extended its advantage to six points over Atletico Madrid, which jumped ahead of Valencia by beating Alaves on Saturday. Valencia is eight points behind Barcelona.

Real Madrid is 11 points adrift in fourth with a game in hand before Barcelona visits the Santiago Bernabeu next weekend.

''We are pleased because the best way to prepare for a big match is to get a win beforehand and get that extra boost of confidence,'' Valverde said. ''But nobody wins the league at this point in the season.''

Martinez turned back a flurry of three strikes moments before Barcelona got going when Andres Iniesta caught Deportivo off guard trying to leave its own area after a cleared corner kick.

Iniesta spied Messi and lobbed the ball forward to the star forward. Messi did the rest by controlling the pass with his chest before drawing Martinez to him and laying off for Suarez to score in the 29th minute.

Suarez got his second two minutes after halftime. He used one touch of his left boot to drive in Sergi Roberto's superb cross that bent the ball behind the retreating defense to meet Suarez at the far post.

After only scoring three times in the first 11 rounds, Suarez has six goals in his last five league matches.

Paulinho had doubled the lead in the 41st and got Barcelona's fourth goal in the 75th by finishing off shots that had come off the upright by Messi and Alba.

The goals were Paulinho's fifth and sixth since the Brazil midfielder arrived from the Chinese league last summer.

''Our rival was superior to us in every way,'' said Deportivo manager Cristobol Parralo.

Barcelona lost forward Paco Alcacer to a left-leg muscle injury early on. The club said that he will be out three weeks, ruling him out of the Madrid match.

Despite his off day, Messi still leads the league with 14 goals in 16 rounds.

Bottom-side Las Palmas looked finished at 2-0 down but fought back with two goals in the final 10 minutes to salvage a 2-2 draw at home with Espanyol.

But Loic Remy scored to spark the comeback before Jonathan Calleri headed in the equalizer with a minute left.

Jonathan Viera had an opportunity to complete a dramatic turnaround for the hosts, but Espanyol goalkeeper Pau Lopez saved his penalty on the last kick of the match.

Girona continued its excellent first campaign in Spain's top flight by beating Getafe 1-0 at home after Christian Stuani's header in the fifth minute.

Girona moved up to seventh place on the strength of its fifth victory in the last eight rounds.

Pablo Fornals scored his first goal for Villarreal which broke a three-game losing streak with a 1-0 victory at Celta Vigo.

The 21-year-old midfielder joined Villarreal after he impressed with six goals for Malaga last season.

The win kept Villarreal in sixth place and in position for a Europa League berth.