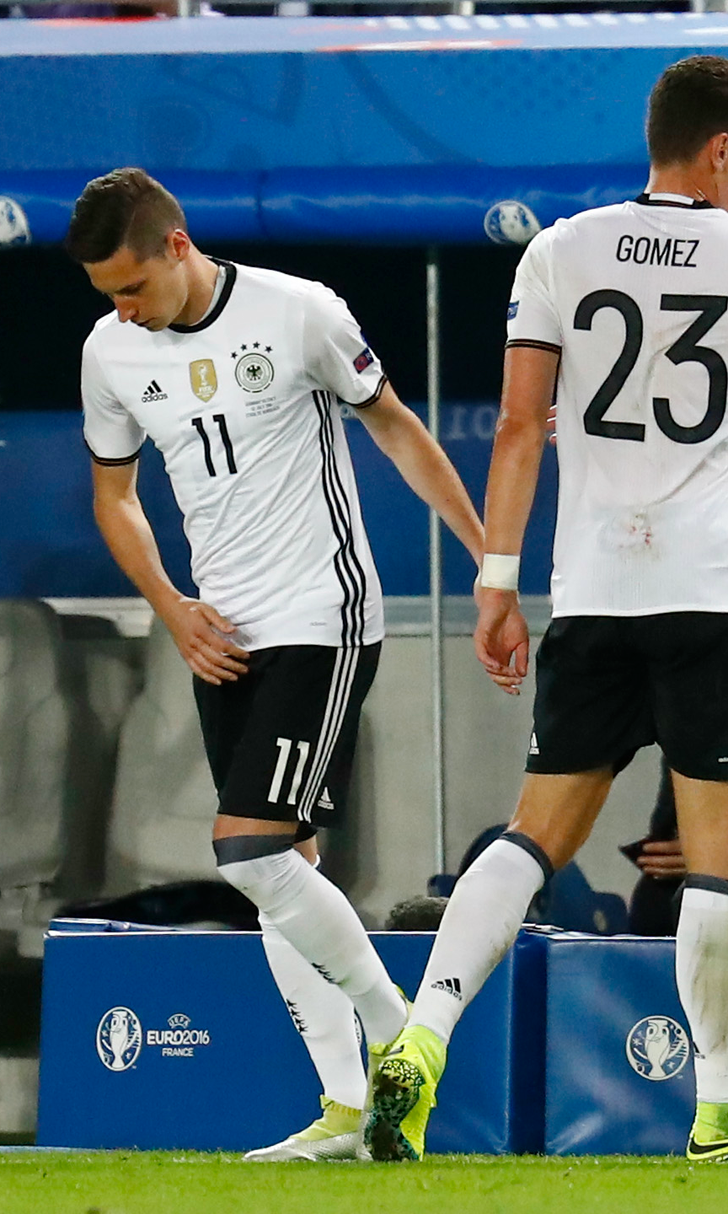 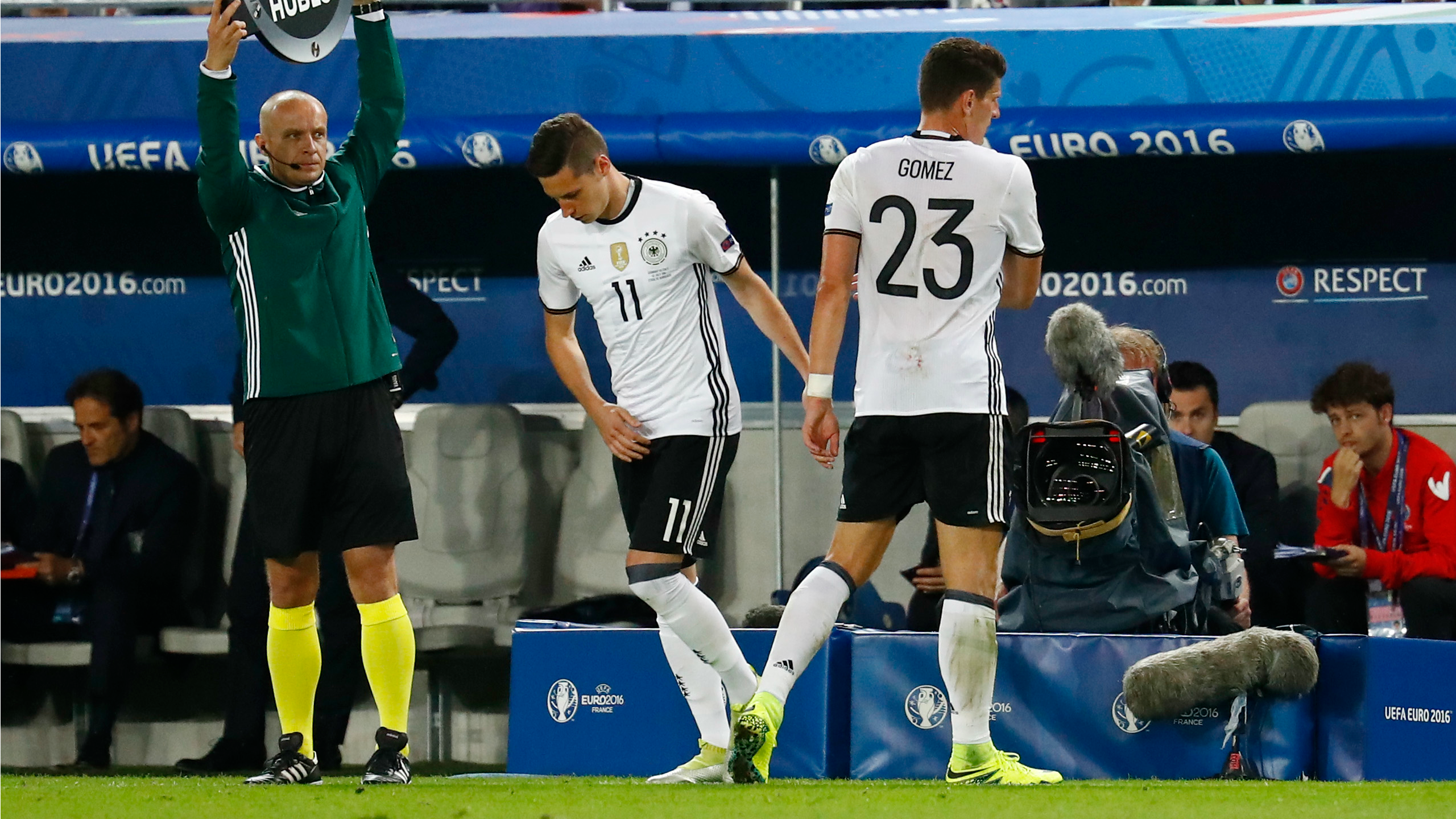 Mario Gomez and Sami Khedira have been ruled out of Germany's next match of Euro 2016, with both men picking up injuries during the quarterfinal win against Italy. Germany have strength in depth, and there are capable replacements for the two, but Mario Gomez's absence causes a real problem for Germany from a tactical standpoint.

When Gomez stepped off the pitch against Italy in the 72nd minute grimacing and holding his leg with a feared thigh tear, Germany's tactical plans took a dramatic shift. After starting the tournament without the Fiorentina striker, struggling to draw against neighbors Poland, manager Joachim Loew quickly realized his team had no true focal point, and inserted the towering target man into his first eleven. With his strong, steady presence occupying opposition center backs, his tireless running up front, and ability to hold up the ball, Gomez instantly gave purpose to the swirling runs of Mesut Ozil, Thomas Muller and Julian Draxler, allowing them the freedom to improvise and create off a more central theme.

Without Gomez, Germany has no real centerpiece up front. For all the incredible development in Germany of late, they have struggled to produce true number nines, more apt to turn out creative midfielders than pure goalscoring strikers. Gomez is a throwback to a simpler time, but his skillset is one unique to this Germany team, and one it was clear they needed. 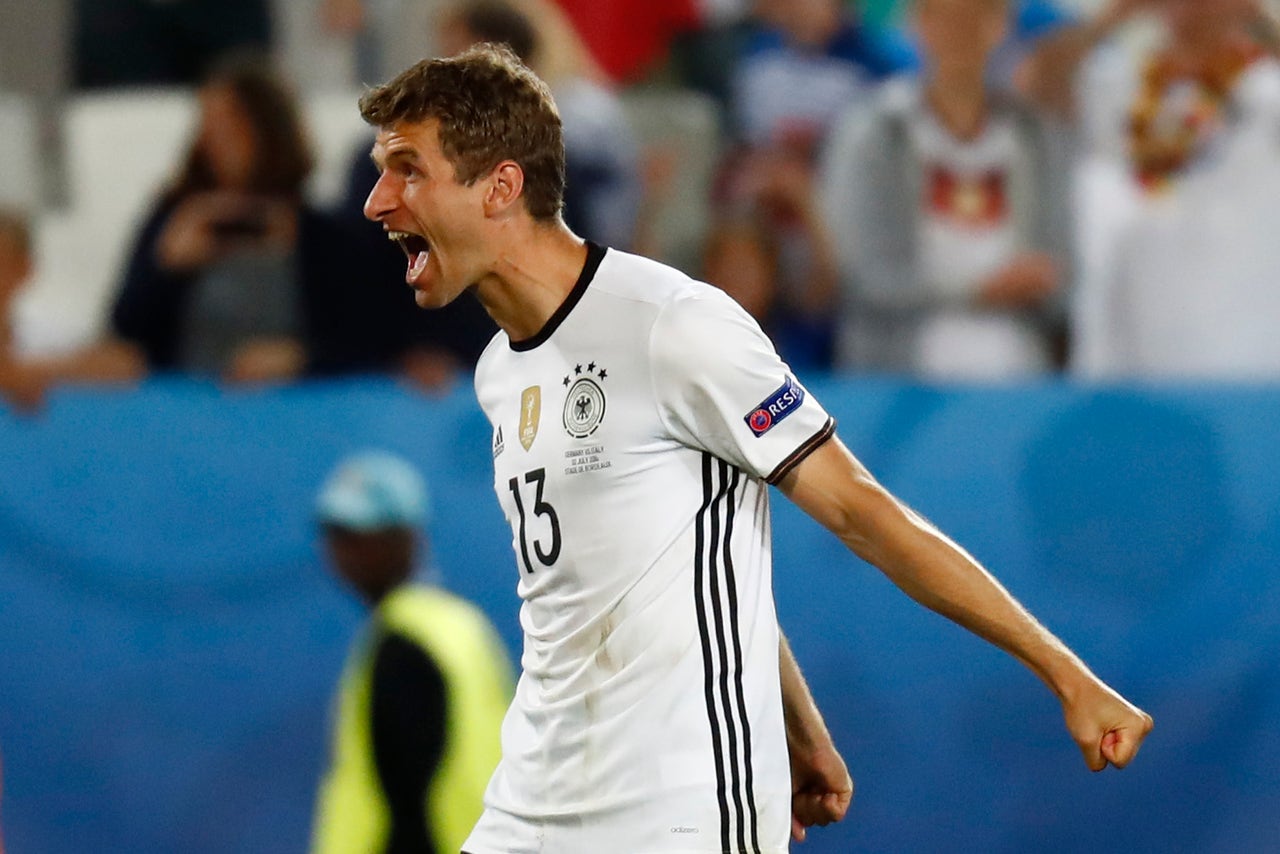 In his absence, Joachim Loew could turn back to the elfin Mario Gotze as a false nine, exploring the space between midfield and the defense to create havoc between the lines. Thomas Muller, willing and intelligent runner, could also be the man tasked with the more central position, or even Wolfsburg man Julian Draxler might get the nod. Whatever Loew decides, Germany's ability to cope with their target man's absence will likely be a key decider for their success in the next round.

Sami Khedira has started every single match in midfield for Germany in the tournament up to this point, typically used in a double pivot with Toni Kroos. Khedira's bold, charging runs, intelligent distribution and strong tackling is a key part of Germany's gameplan, but his durability has always been a major deterrent in his career, and this injury will sadly come as no surprise for the German camp. His replacement would most likely be the man who's stepped in for him as a sub in each of the previous games, grizzled veteran captain Bastian Schweinsteiger, who's more than capable of stepping in the heart of Germany's team and conducting traffic alongside the maestro Kroos. However, Schweinsteiger also left the Italy game with a knock, and his status for the semifinal is in doubt as well. Loew may have to turn to young Borussia Dortmund star Julian Weigl or Liverpool's Emre Can as an alternative.

After beating their bogey team, Italy, for the first time in history, Germany will be full of confidence and eager to face their next task on the way to becoming champions of Europe. But if they're going to parade triumphant down the Champ Elysees though, they'll have to do it without Gomez and fill a hole in the critical defensive midfield role.