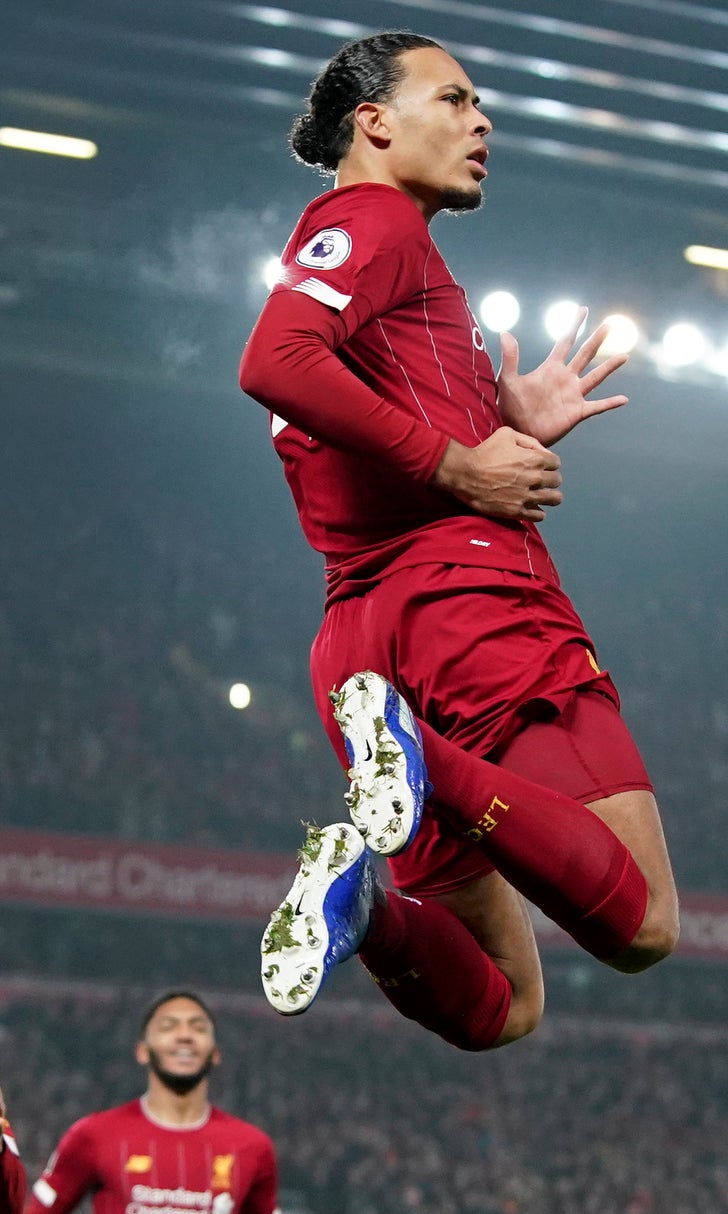 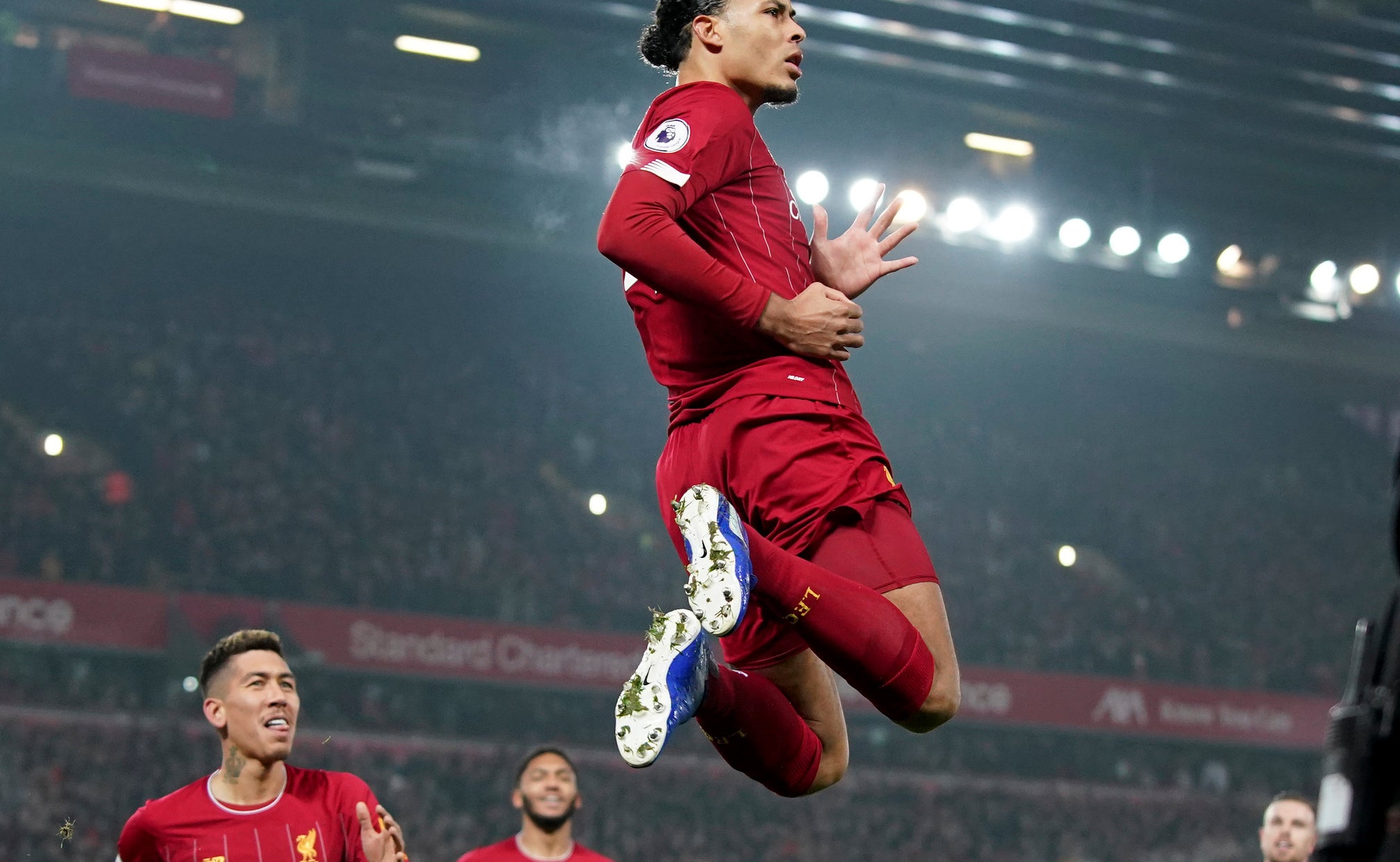 LIVERPOOL, England (AP) — Mohamed Salah ripped off his Liverpool jersey at a freezing Anfield after completing a 2-0 victory over Manchester United in stoppage time on Sunday, rousing fans on the Kop to sing: “We're gonna win the league.”

It's been a 30-year wait but there is no longer any trepidation from the Liverpool supporters as their team has moved 16 points in front at the Premier League summit.

“Now you're gonna believe us," they chanted.

It took Salah getting on the end of goalkeeper Alisson's inspired long ball with the final whistle about to blow for the Liverpool title party to begin with four months of the season remaining.

Even with Liverpool unbeaten through 22 rounds and with a game in hand, the players aren't as bullish as their fans in declaring the title a done deal.

“I think everyone wants us to say something about it but we won't,” Van Dijk said. “In the squad we cannot, and we won't. It is one game at a time.”

Liverpool could even afford to have two goals ruled out, including Roberto Firmino's curling strike due to Van Dijk's foul on United goalkeeper David de Gea in the buildup. Salah also scuffed a shot and captain Jordan Henderson hit the post.

“You have to find a way and we did,” Van Dijk said. "We had to put everything on the line and we kept a clean sheet again so I'm happy with that.”

Liverpool is closing in on a 19th English title, one behind the record haul United built with 13 Premier League successes under Alex Ferguson.

But it is United's neighbor Manchester City that is the nearest but still distant challenger to Liverpool, 16 points behind in second place in its ailing title defense.

United is 30 points behind Liverpool in fifth place.

“They had moments when they played football," Klopp said of United. “But it’s not too often.”

Ole Gunnar Solskjær couldn't fault his United players despite struggling to impose themselves on the leaders.

“The players have given absolutely everything they've got,” the United manager said. “Commitment is no issue at all.”

Just closing the five-point gap on the fourth Champions League place is the mission for United.

“There were times we took the game to them and created chances, big chances,” Solskjær said. "We then send everyone up to get the equalizer and they get the goal.

“They stamped their authority on the game, they lead the league deservedly and they are the most direct team in the league. They put you under pressure and you have to concentrate at the back.”