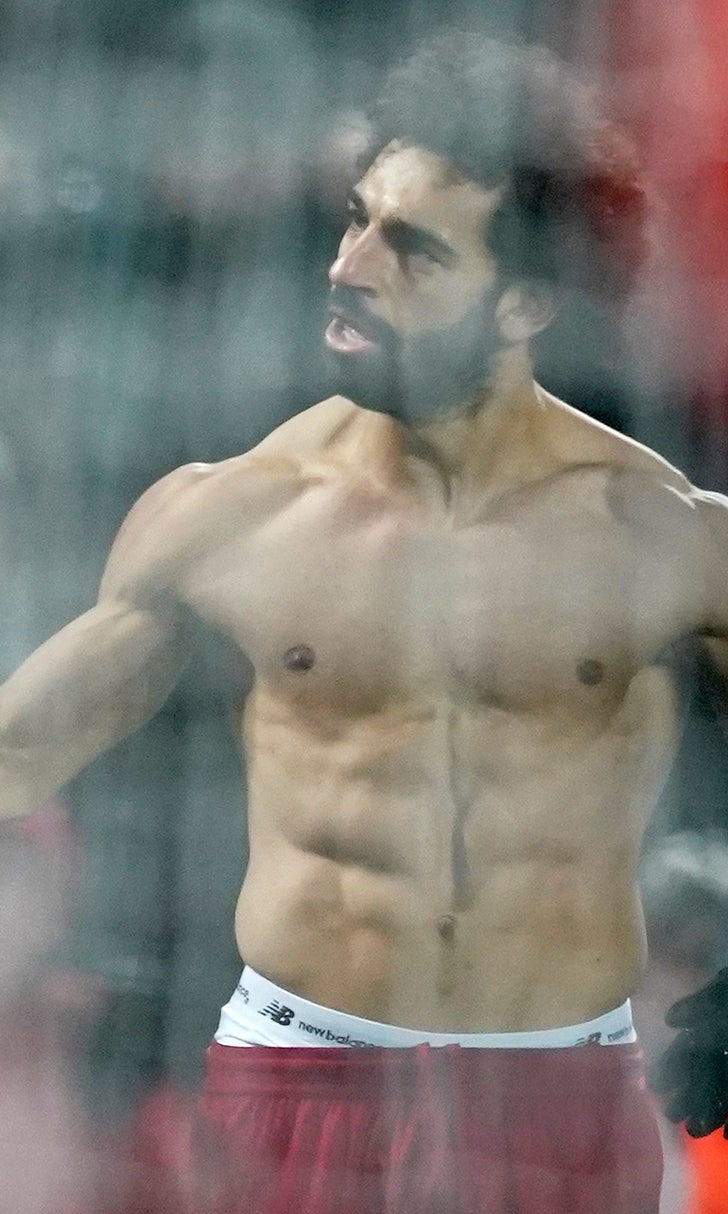 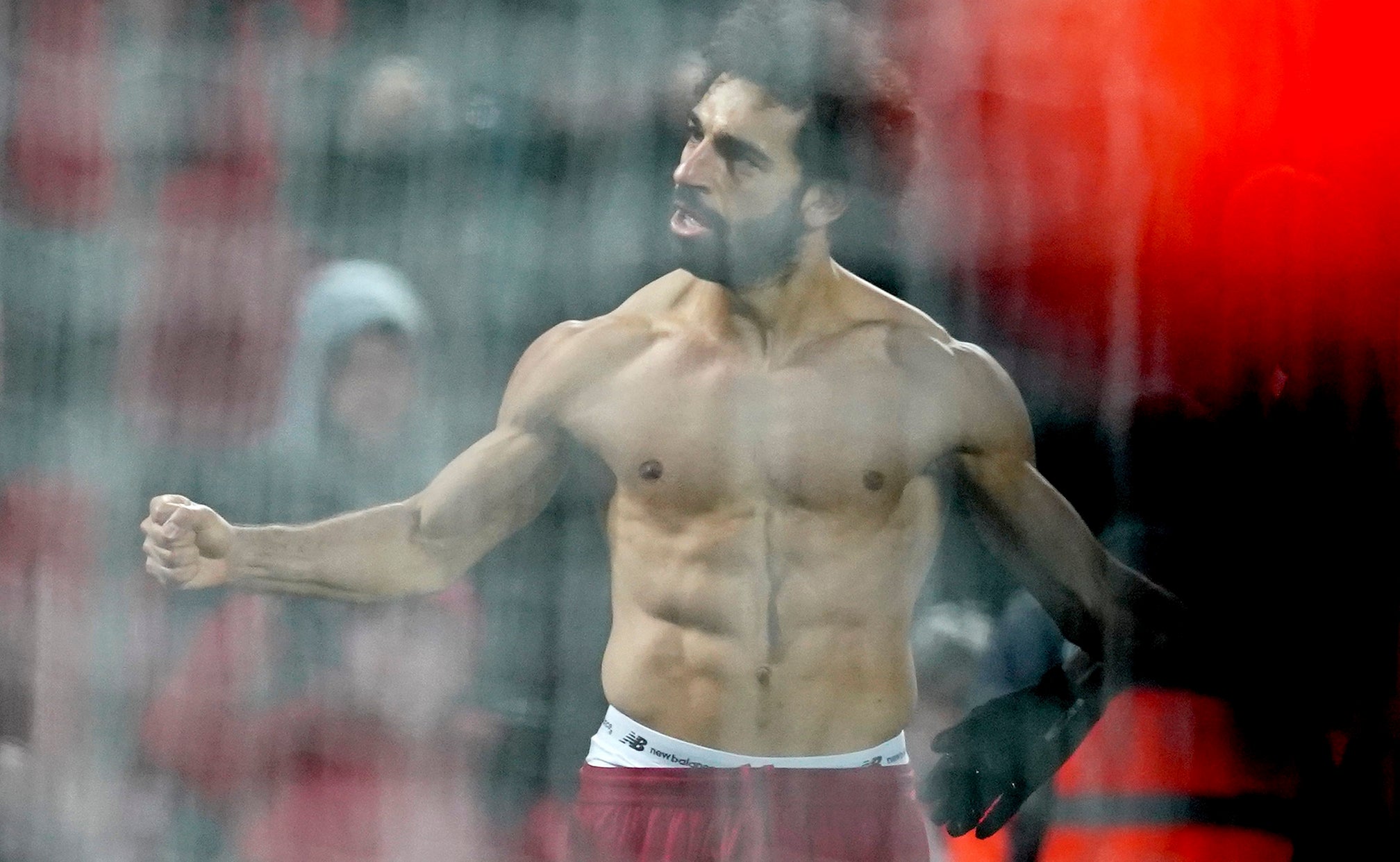 LIVERPOOL, England (AP) — After providing the assist, Liverpool goalkeeper Alisson wasn't going to miss out on joining the celebrations.

Even if it meant racing the length of the field to slide into Mohamed Salah.

By that time, on a freezing winter's evening on Merseyside, Salah was shirtless, torso exposed to the chill. The Liverpool jersey had been ripped off as the striker celebrated in front of the Kop after running onto Alisson's long ball at the halfway line and scoring with the final kick of Sunday's game against Manchester United.

It completed a 2-0 victory, and Salah's exultation seemed like an unburdening for an uneasy Liverpool. However, it was anything but that for a team now 16 points in front at the top of the Premier League and 16 games remaining.

“The thought came to my mind that I would not score today," Salah said. “But I came back mentally, I prepared myself, to keep calm.”

The slender score until stoppage time — established by Virgil van Dijk heading in Trent Alexander-Arnold's corner in the 14th minute — belied Liverpool's supremacy over its fiercest footballing foe in a game that exposed the divergent paths the sides are on.

While United is 30 points behind in fifth place, Liverpool is ready to end a 30-year English title drought.

With a formidable lead and a game in hand on distant second-place champion Manchester City, Liverpool has started the title party.

At least the fans on the Kop have.

“Now you're gonna believe us,” they sang after Salah put the ball past goalkeeper David de Gea in the third minute of stoppage time. “We're gonna win the league.”

The players or their manager won't join in the chorus. Not while there's a mathematical chance of being part of what would be the greatest collapse in the English game.

“Of course they are allowed to dream, to sing, whatever they want,” Liverpool manager Juergen Klopp said, “as long as they do their job as well in the moment when we play, all fine. We will not be part of that party yet, but it is not a problem because we know our job.”

This is a group of players creating a new dynasty at a club which dominated English football through the 1970s and 80s. The Reds were the record 18-time champions until Alex Ferguson collected 13 titles for United to overhaul them and take the mark to 20 before retiring in 2013.

Even United never won the league in the manner this Liverpool side is doing so dominantly this season. It's 22 games unbeaten, with the only dropped points in a draw at United in October.

“It is special," captain Jordan Henderson said. "We’re enjoying our football but you’ve got to stay hungry, you’ve got to keep learning and keep wanting more. To be fair, this group of players wants to do that.

“Of course, the manager is on us all the time to improve and we know we can certainly improve."

United certainly can improve, but it's showing little sign of doing so under Ole Gunnar Solskjaer. The domestic target now is just closing the five-point gap on fourth-place Chelsea to qualify for the Champions League.

Leicester missed a chance to join Manchester City sitting 16 points behind Liverpool when it threw away the lead at Burnley to lose 2-1.

Burnley striker Chris Wood canceled out the first-half opener from Harvey Barnes 11 minutes into the second half and Ashley Westwood struck the winner in the 79th minute.

By ending a four-game losing run in the league, Burnley moved five points clear of the relegation zone.