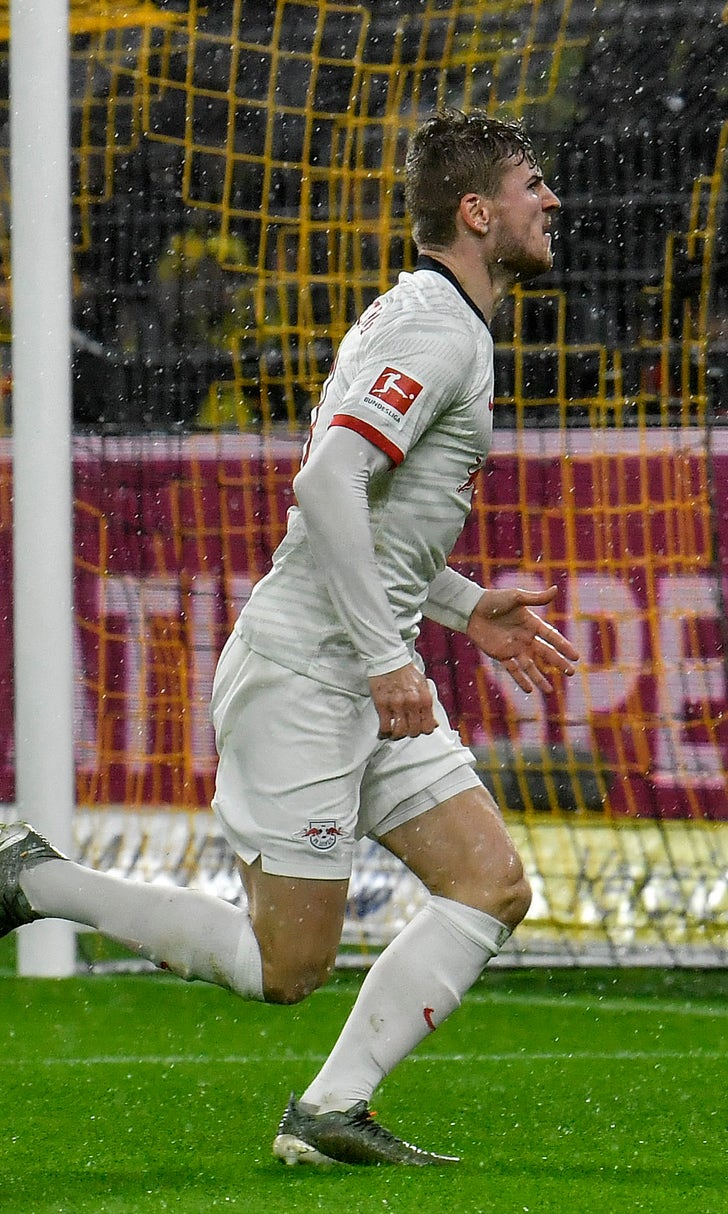 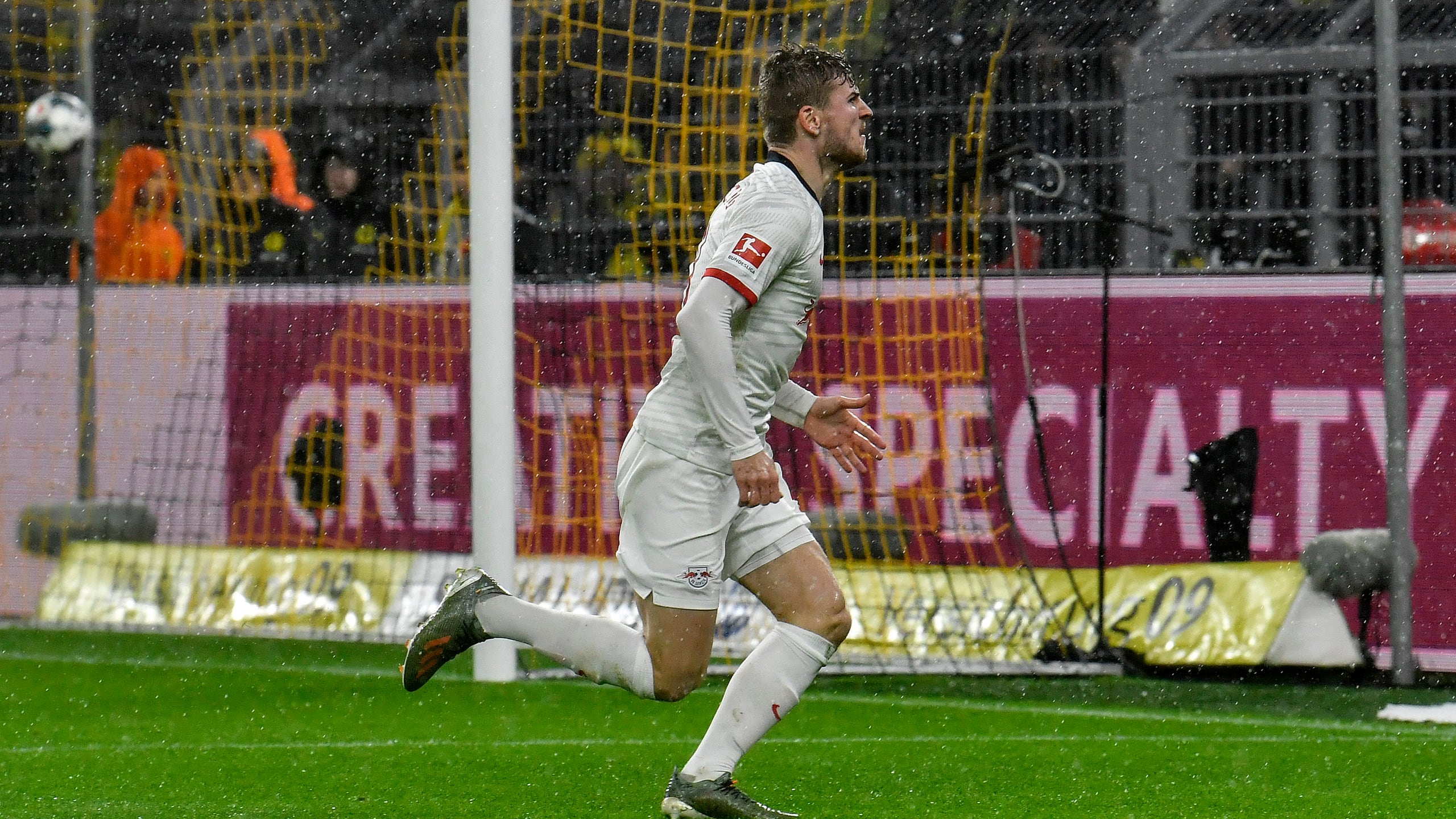 Leipzig top in Germany at halfway stage, but Bayern revived

Is this the season when Bayern Munich's seven-year hold on the German title ends?

A poor start and a humiliating 5-1 loss to Frankfurt cost Niko Kovac his job as Bayern coach and gave teams like Leipzig and surprise title contender Borussia Mönchengladbach hope of victory.

Bayern has bounced back under interim coach Hansi Flick, though, and is third in the table, four points behind leader Leipzig. That's earned Flick an extension until at least the end of the season.

It's been a tale of dueling goalscorers, with Robert Lewandowski having scored 19 goals in 17 games for Bayern, and Timo Werner one goal behind for Leipzig. For Gladbach, goalkeeper Yann Sommer has been crucial to their title challenge.

Borussia Dortmund has been powerful on its day, but the team is also inconsistent and brittle. Losing to Bayern 4-0 last month was a big dent to Dortmund's title belief.

Last Sunday's games were the last of 2019 and the Bundesliga returns from its winter break on Jan. 17.

PLAYER OF THE SEASON SO FAR

He turned 31 in August and Lewandowski shows no sign of slowing down.

The Polish forward scored in Bayern's first 11 Bundesliga games and has racked up 30 goals across all competitions. He's taking time off during the winter break to have groin surgery.

Werner has been almost as prolific, including a remarkable performance with three goals and three assists in an 8-0 thrashing of Mainz last month. For Dortmund, Jadon Sancho's in hot form with eight goals in his last six Bundesliga games.

But perhaps no one's been as vital to their team as Rouwen Hennings. The 32-year-old Hennings doesn't have the star status of Lewandowski or Sancho but his 11 goals for struggling Fortuna are four more than the rest of the team put together.

SURPRISE OF THE SEASON

Gladbach's golden age was the 1970s, when it won five Bundesligas in eight years.

With its run to second, Gladbach has been a feelgood story for German fans of other clubs who dislike Bayern's wealth and see Leipzig as less a soccer club than an advertising board for energy drinks giant Red Bull.

Gladbach has nothing like the budget of Bayern or Leipzig, but has built a solid team with attacking firepower from Marcus Thuram, son of former French defender Lilian Thuram, and Swiss forward Breel Embolo. A comeback 2-1 win over Bayern this month showed its a serious contender.

Kai Havertz experienced the season's most unwelcome surprise when fans of his own team, Bayer Leverkusen, booed him this month. The attacking midfielder started the season rated as one of Germany's most promising young players, but he's looked listless in recent games and last scored in September.

GOAL OF THE SEASON

Bayern's 46 goals in the Bundesliga have included some gems.

Philippe Coutinho scored with an outrageous flick from the outside of his foot against Werder Bremen last week.

Lewandowski's hit some long-range free kicks and shrugged off four defenders to score against Frankfurt, the only bright spot in a heavy loss for Bayern.

The highlight of Leipzig's title charge might just be Christopher Nkunku juggling the ball through the Bayer Leverkusen defense and past the goalkeeper in October.

For sheer fireworks, no one beats Hertha Berlin's Javairo Dilrosun. The Dutch winger picked up the ball on the left wing and cut inside past four defenders — beating one of them twice — before scoring against Paderborn.

If Bayern's recovery under Flick continues, an eighth straight title is definitely possible, if only because of the depth in its squad.

The Munich team was packed with individual talent, even if Kovac was defeated by the puzzle of how to make them all play well together.

There's also a bench filled with hungry young players such as New Zealand midfielder Sarpreet Singh and the Dutch forward Joshua Zirkzee, who's scored in each of his first two Bundesliga appearances.

Leipzig takes a four-point lead into 2020, but depends heavily on core players such as Werner and the in-form Marcel Sabitzer and Patrik Schick. Losing any of them to injury could be a fatal blow.

Gladbach has less depth than either of them, but unlike them, it won't be balancing the Bundesliga with any European competitions in the spring.

The fight for the four Champions League spots is wide open, with at least eight teams making a strong claim.

Behind the leading trio of Leipzig, Gladbach, and Bayern, there's a chasing pack of Borussia Dortmund, Schalke, Leverkusen, Hoffenheim, and Freiburg.

All have played Champions League football in recent years, with the exception of Freiburg, but they have all been inconsistent this season.

The relegation fight is just as close as the scrap for European places.

Promoted Paderborn is last but showed it has claws by beating Frankfurt 2-1 last weekend.

The other automatic relegation spot is occupied by Werder Bremen, which is in danger of its first relegation since 1981.

Werder ended 2019 with four straight defeats, two of them by five-goal margins, and with club management embroiled in conflict with fans over the sale of their stadium's naming rights.

If Werder can climb out of danger, it would likely be at the expense of one of two Rhineland rivals, Cologne or Fortuna Düsseldorf, or else Mainz.