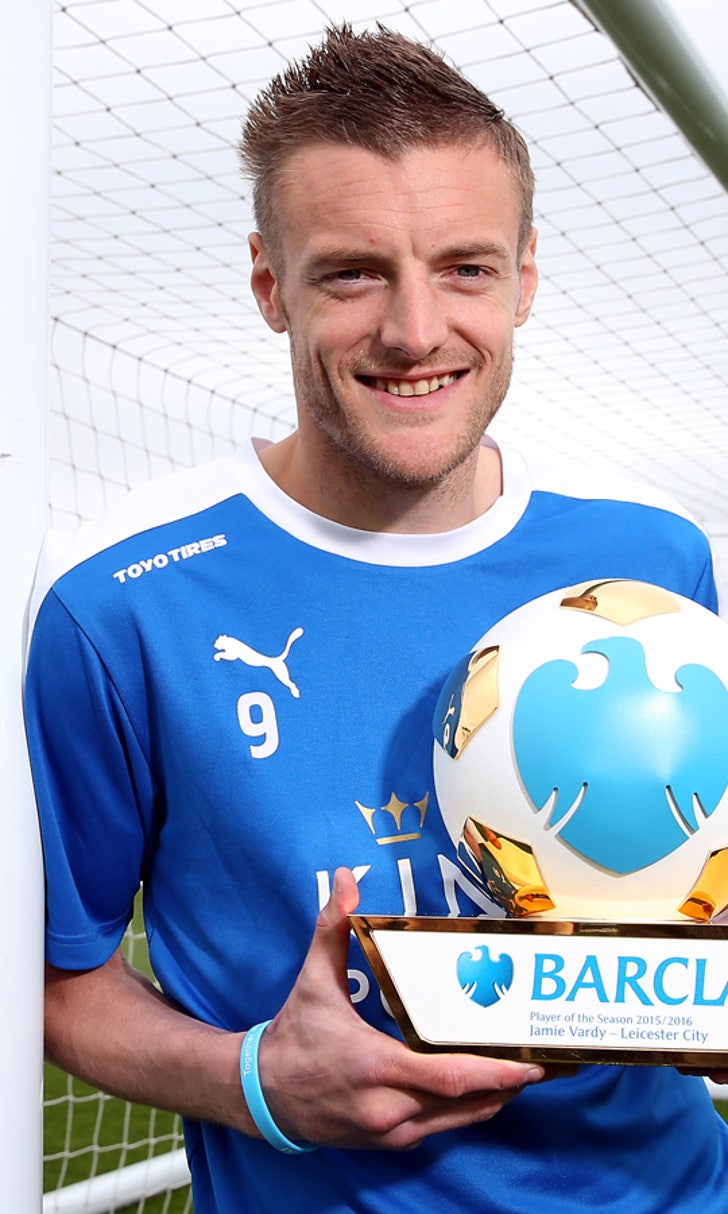 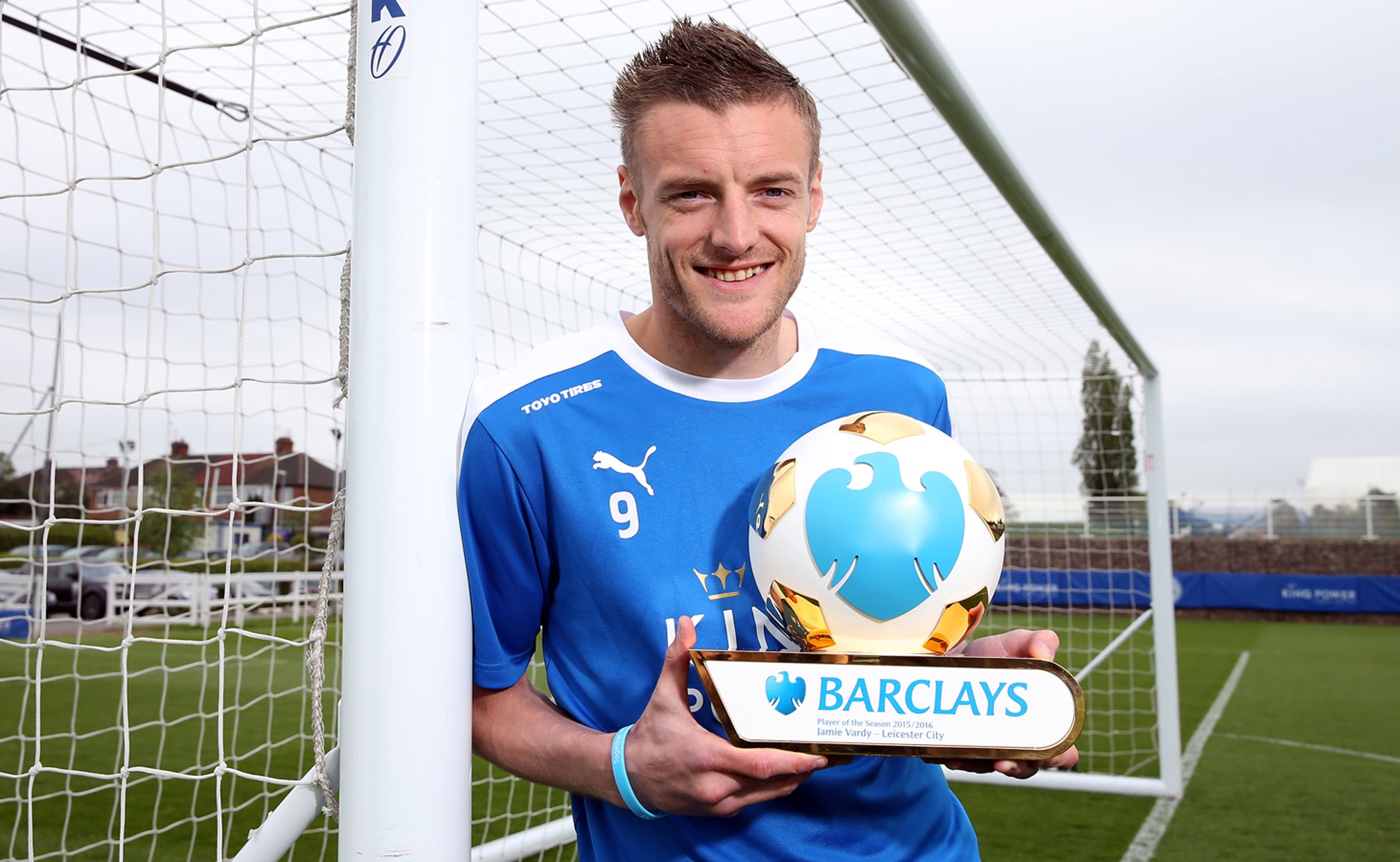 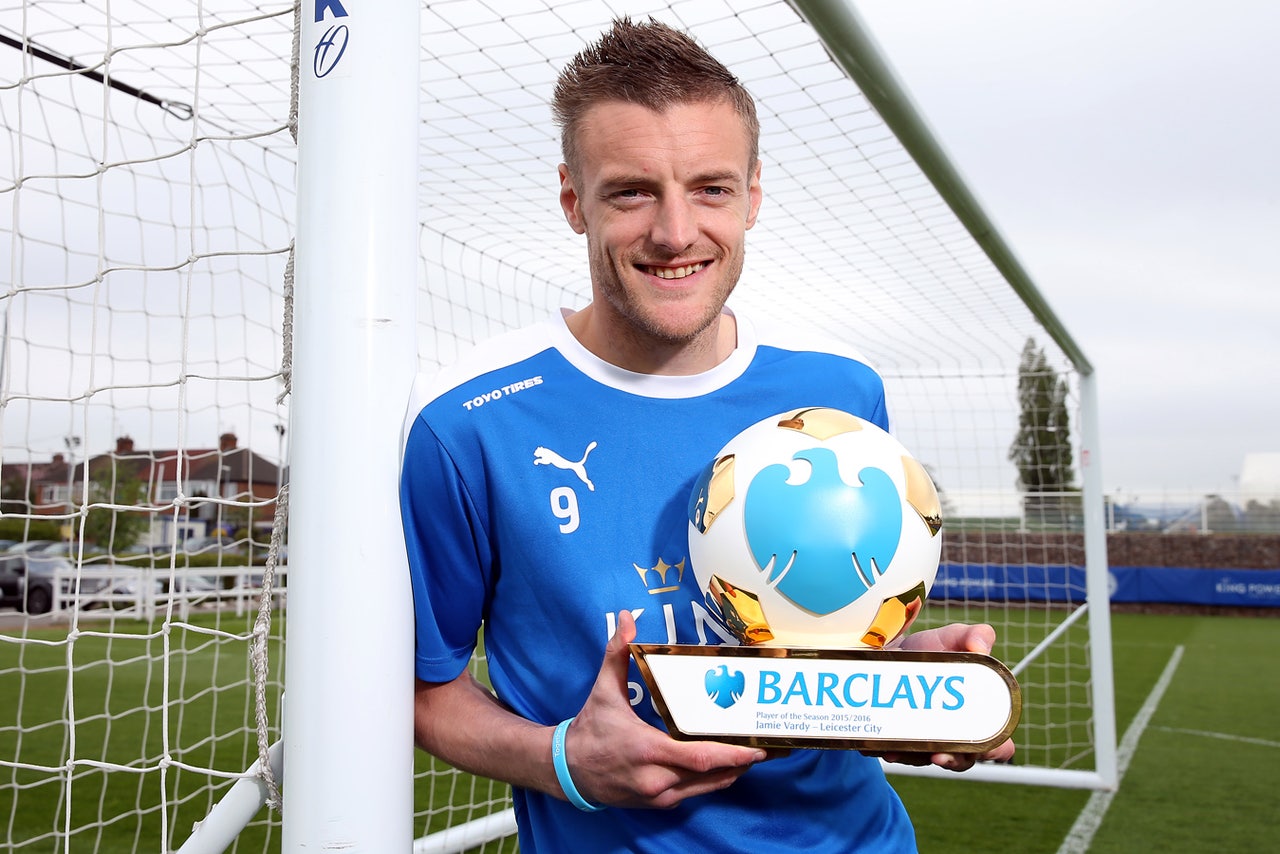 Leicester City striker Jamie Vardy has been named the Premier League's Player of the Season following his remarkable campaign for the Foxes.

The Foxes striker has beaten competition from the likes of his Foxes teammates Riyad Mahrez, Wes Morgan, N'Golo Kante and Kasper Schmeichel, along with Tottenham trio Harry Kane, Dele Alli and Toby Alderweireld to win the award.

The Foxes have lost just three games all season and sit 10 points clear of second-placed Tottenham ahead of the final game of the season.

Vardy has also won six England caps this season, scoring against both Germany and the Netherlands, and is poised to travel to Euro 2016 this summer with the Three Lions.

Mesut Ozil of Arsenal and West Ham's Dimitri Payet were also nominated for the award after shining for their respective clubs, but they too fell behind Vardy after his scoring exploits this term.