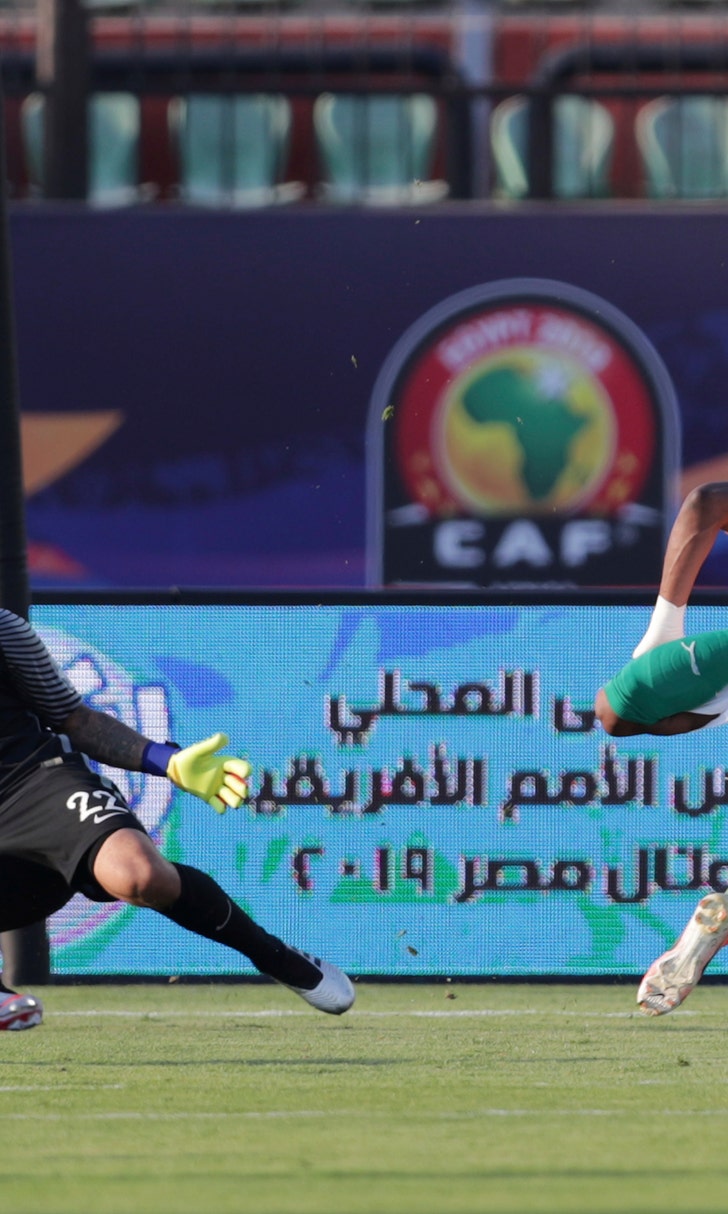 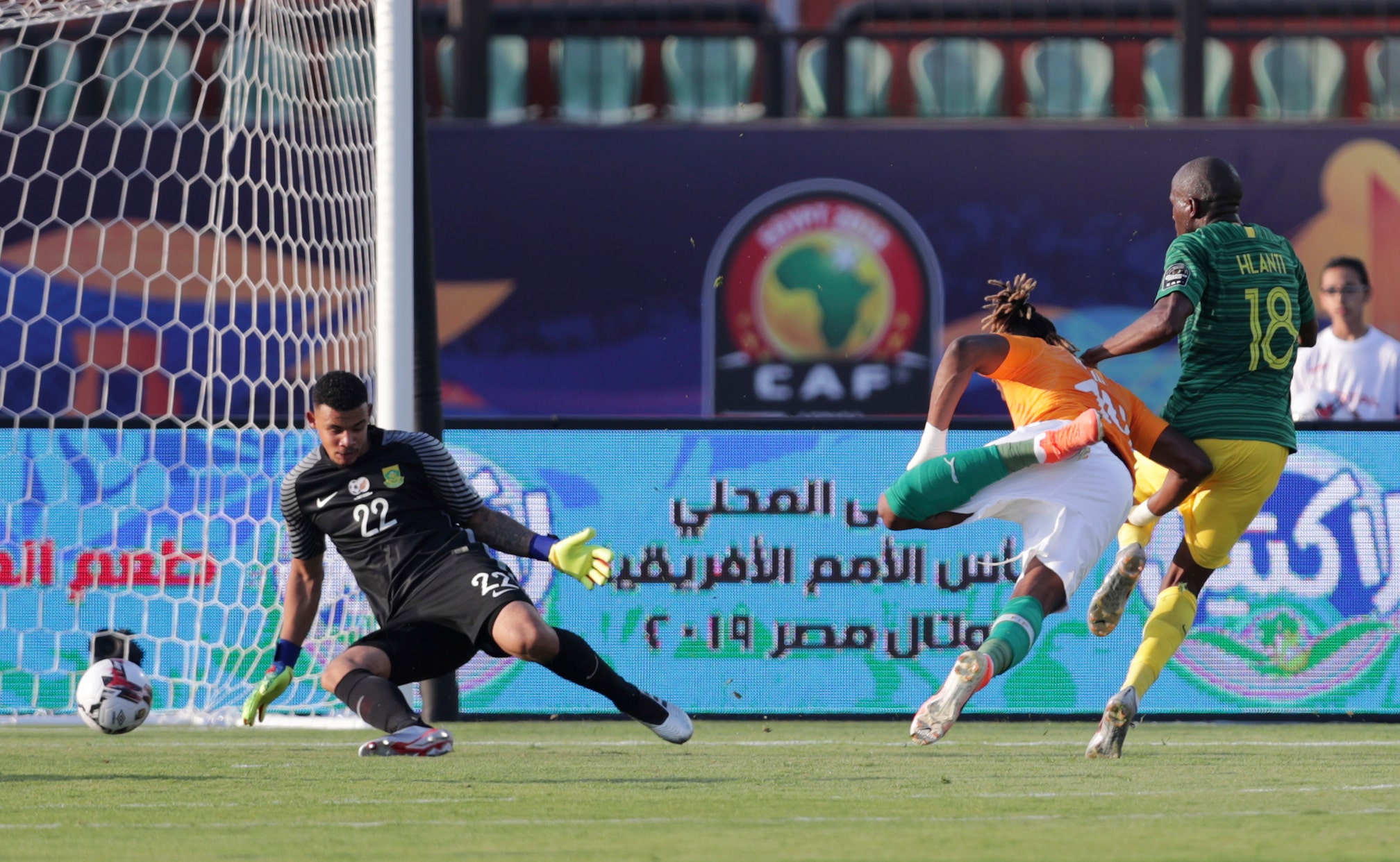 Ivory Coast began its campaign in the African Cup of Nations' toughest group with a 1-0 win over South Africa on Monday.

Mali provided the biggest victory so far at the tournament in Egypt by beating debutant Mauritania 4-1.

In Cairo, the Ivorians edged an early crunch game in Group D against South Africa when Jonathan Kodjia finished neatly from a cross by Max Gradel in the second half.

The striker's goal was enough, although Nicolas Pepe hit the crossbar with a free kick for Ivory Coast in the first half and was denied again near the end when another free kick was saved brilliantly by Ronwen Williams.

Pepe's late effort was heading for the top corner until Williams got his fingertips to it to push it inches over the crossbar.

The group has three former champions in Ivory Coast, South Africa and Morocco and has been dubbed the so-called group of death. Morocco beat Namibia 1-0 on Sunday.

Mali's victory over Mauritania — to go top of Group E — started and ended with two of the best goals of the opening four days of the African Cup.

Abdoulay Diaby weaved through Mauritanian defenders and unleashed a shot from distance into the top right corner for 1-0. Adama Traore underlined Mali's dominance with his left-footed curler into the top left corner to end the scoring.

In between, Moussa Marega scored a penalty and Adama Noss hit a low shot from right on the edge of the area to make it 3-0.

El Hacen El Id converted the second penalty kick of the game to give Mauritania its first ever Cup of Nations goal and cut the lead to 3-1.

Traore scored the fourth just two minutes after that to make certain there was no chance of a comeback for the newcomers.

Mauritania is the third team making its debut at the Cup of Nations this year but is the first to look a little out of its depth. The other debutants are Burundi, which pushed Nigeria all the way before losing 1-0, and Madagascar, which drew 2-2 with Guinea.

Earlier in the same group, Tunisia gave up its advantage with a goalkeeper error to draw 1-1 with Angola.

Youssef M'Sakni gave Tunisia the lead in the first half from the penalty spot after a strange tackle by Dani Massungona.

Massungona launched himself star-shaped, with arms and legs all spread out, to try and block a run by Naim Sliti. He only succeeded in chopping Sliti down for the penalty, which Tunisia captain M'Sakni cooly converted.

It came when Tunisia goalkeeper Farouk Ben Mustafa dived to save a shot but pushed the ball straight to the feet of Djalma Campos, who scored into an empty net.

Action in the last of the six groups starts Tuesday, when defending champion Cameroon plays for the first time. Cameroon faces Guinea-Bissau and Ghana opens against Benin.