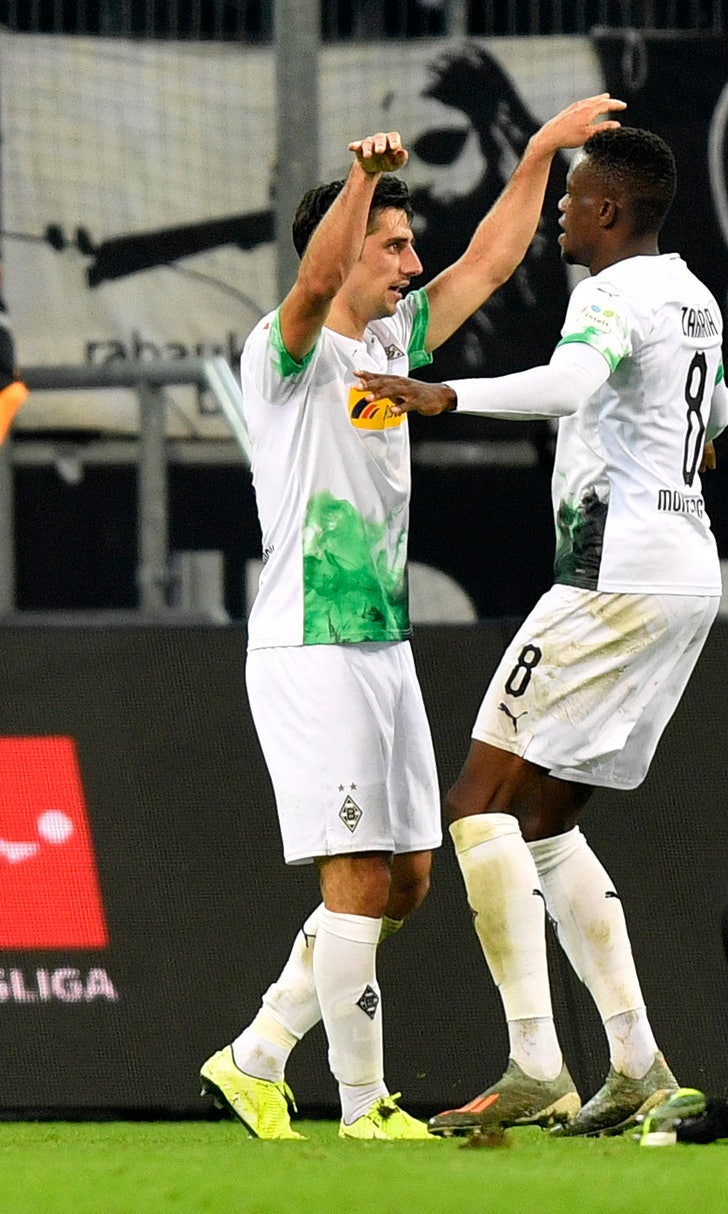 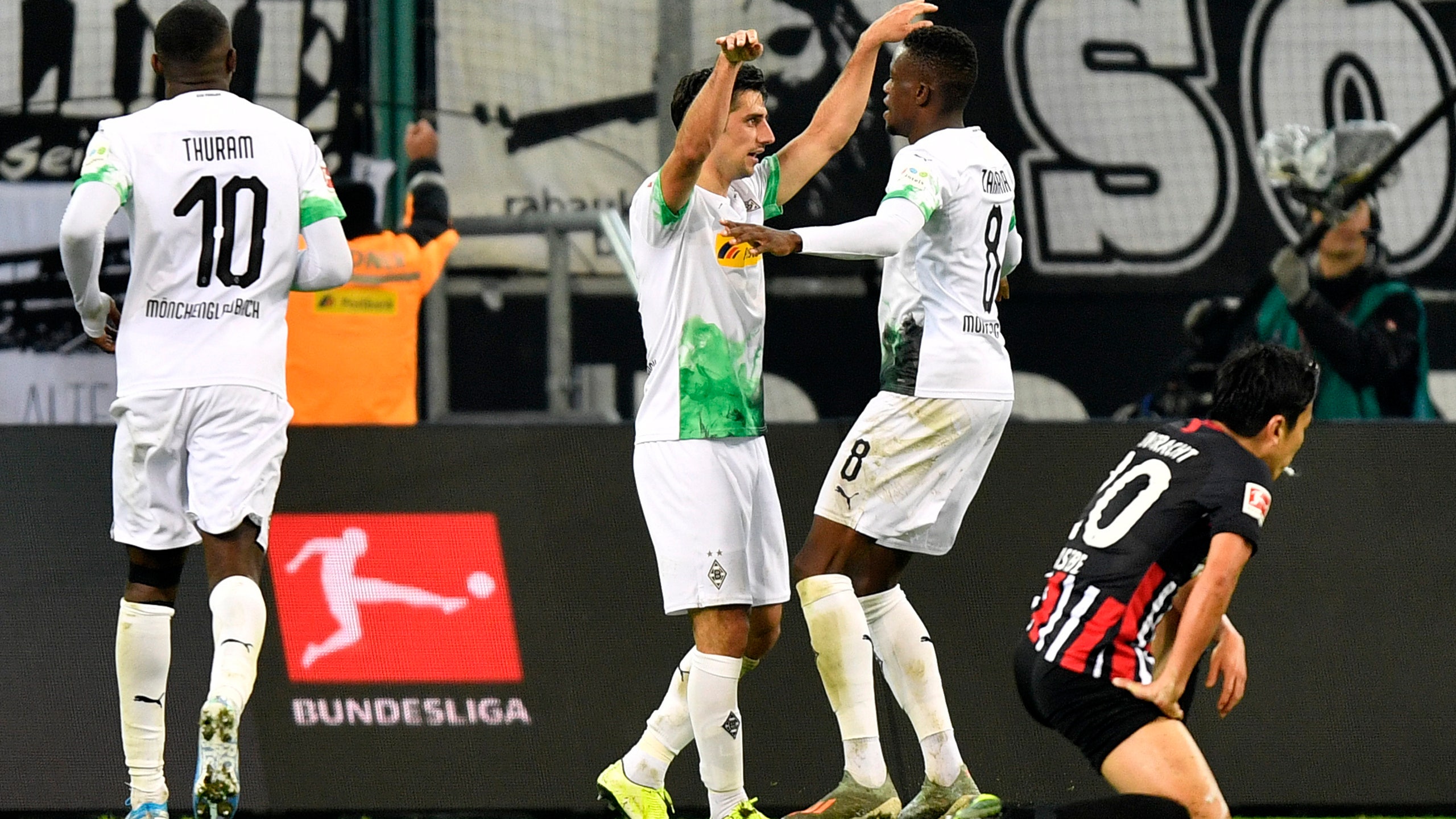 previous story
Browns turn it over 3 straight plays, lose to Patriots 27-13
next story
The Latest: Cole pitches Astros to 3-2 Series lead over Nats

BERLIN (AP) — Borussia Mönchengladbach returned to the top of the Bundesliga with a 4-2 home win over Eintracht Frankfurt on Sunday.

Breel Embolo whipped in a low cross to give Marcus Thuram a tap-in for Gladbach's opener in the 28th, and Oscar Wendt let fly for the second in first-half injury time, when Thuram was initially stopped by Danny da Costa.

Frankfurt improved after the break and da Costa scored for the visitors in the 59th after Daichi Kamada pulled the ball back.

Nico Elvedi made it 3-1 with a header off a free kick in the 75th, but Martin Hinteregger kept the visitors' hopes alive with a header to Kamada's corner three minutes later.

Zakaria calmed home fans' nerves with Gladbach's fourth goal in the 85th, set up by Lars Stindl despite Frankfurt defenders around him.

Wolfsburg stayed unbeaten but missed the chance to go top earlier Sunday in a 0-0 draw with visiting Augsburg.

Wolfsburg substitute João Victor thought he'd scored a late winner for the home side, but the goal was ruled out after a VAR intervention for offside.