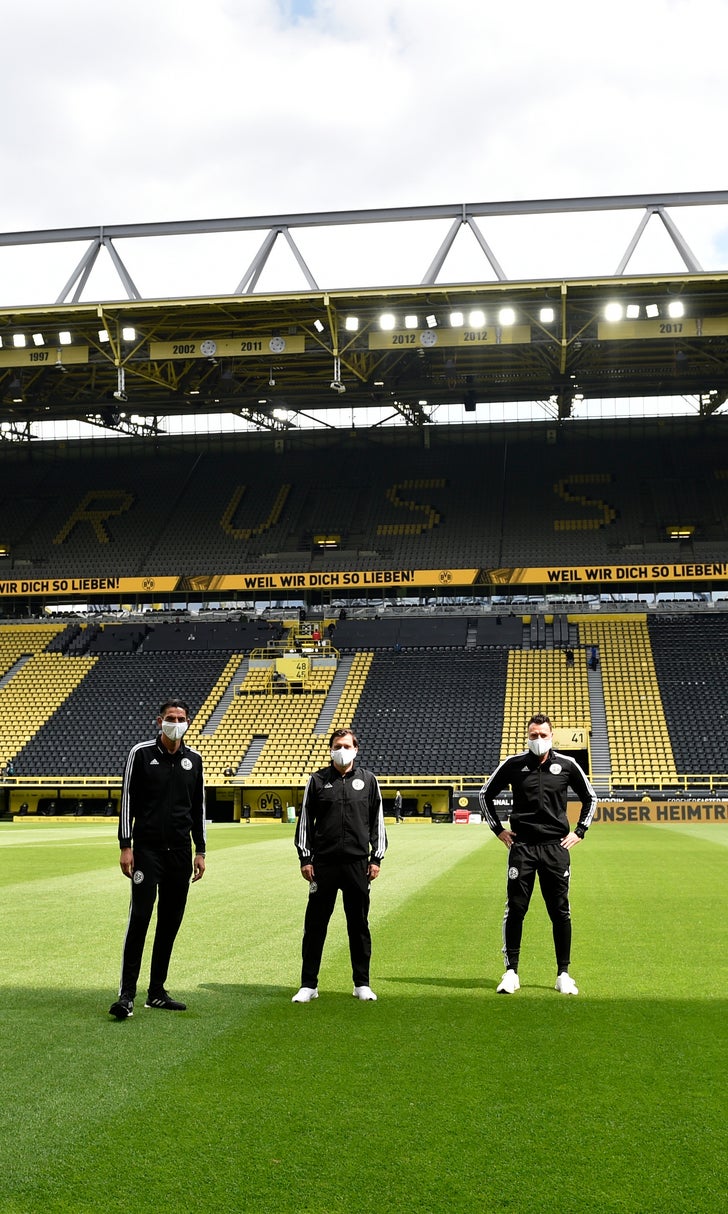 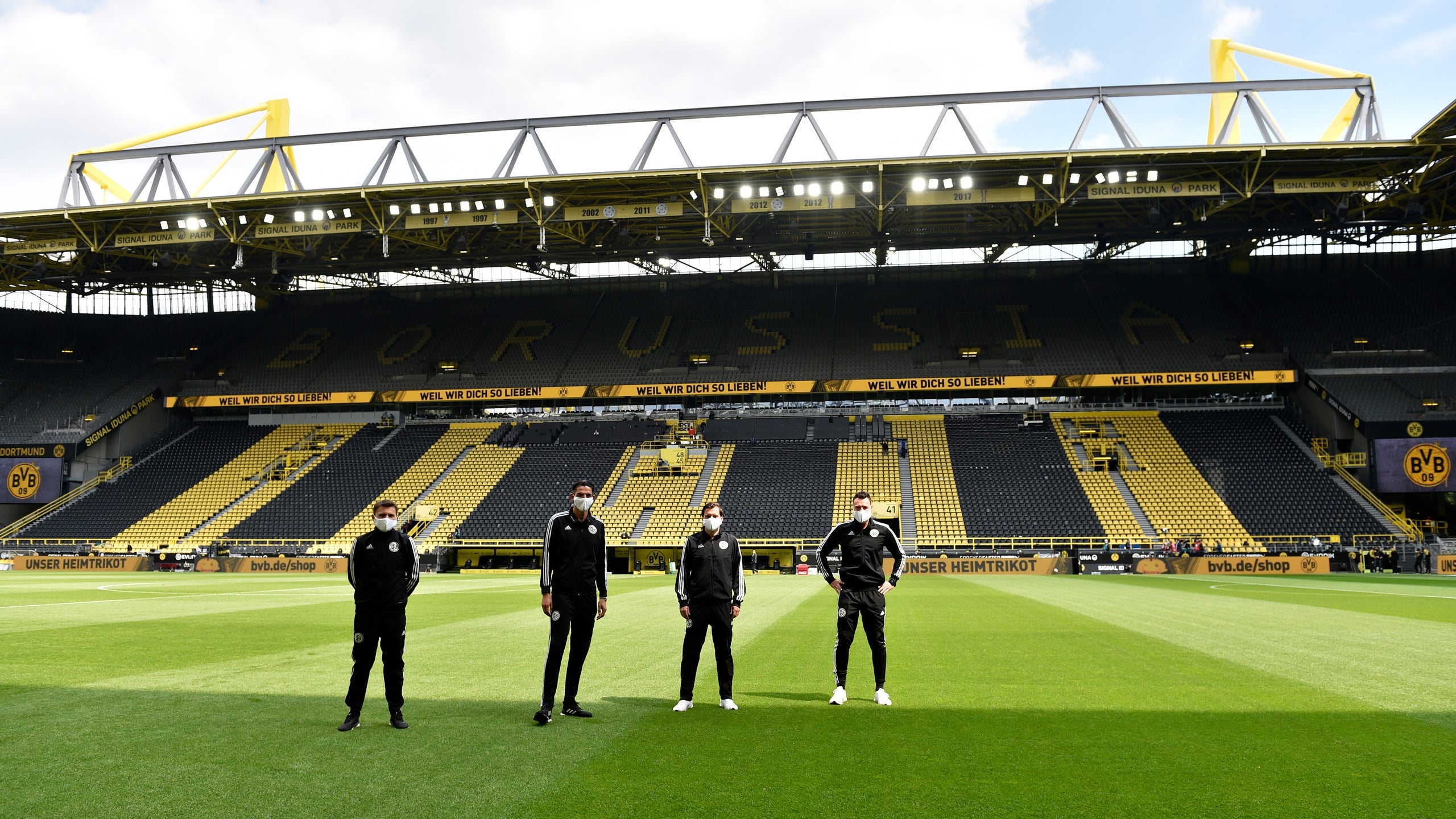 DORTMUND, Germany (AP) — German soccer is normally a riot of color and noise. No longer.

The Bundesliga season resumed Saturday with what German fans call “ghost games," played without spectators, and in Dortmund it was hard to tell that the city's beloved team was playing at all.

Instead of thousands of fans chatting and drinking beer outside the stadium, there were only a few locals out for a weekend bike ride as Borussia Dortmund hosted Schalke in a usually fierce local rivalry.

On the field, there were fireworks as Erling Haaland scored in a 4-0 win after two months of no games. Outside the stadium there was near silence. Passersby occasionally asked whether a game was actually going on.

Police relaxed as it became clear that fans wouldn't gather outside — a concern for authorities ahead of the game — and potentially spread the virus.

“It is really very calm in the city and regarding the virus dangers I can only praise the Dortmunders and the fans," police spokesman Oliver Peiler said.

The song “You'll Never Walk Alone,” a favorite of Dortmund fans as well as Liverpool supporters, echoed around the stadium ahead of kickoff. It was so quiet that the starting whistle could be heard outside — unthinkable at a regular game.

The arena has an 81,000 capacity but league rules permit just 213 people, including players, to be inside for the game, none of them supporters. Players tried to keep contact to a minimum, even during celebrations and the traditional salute to the — now empty — stands at the final whistle.

In the city center ahead of the match, longtime Dortmund fan Marco Perz sat outside the German Football Museum in a jacket patched with club emblems. He said he hasn't missed a home game since the 1990s.

“I'd normally be on the South Stand right now, in the yellow wall,” he said, referring to the vast terrace which underpins Dortmund's reputation for passionate support. Now Perz is planning to watch the game with a friend over food and a beer. “The main thing is to see the game,” he added.

On the next street, face masks were on sale in Dortmund's yellow and black, with the stallholder saying they were the most popular on offer.

Local authorities had pleaded with fans not to mass outside the stadium.

“Anyone who stands in front of the stadium because they want to follow the game has got it wrong,” Dortmund mayor Ullrich Sierau said Wednesday. “It’s an appeal to the good sense of all fans, and I’m sure that the fans of both Schalke 04 and Borussia Dortmund are sensible people.”

Dortmund fan Nicole Bartelt said she would stay away from the stadium — which she called “the temple” — in the hope of showing fans could be trusted to return sooner rather than later for games.

If fans gather, “we'll end up waiting even longer to be back,” she said.

Police were spread along the road by the stadium in vans, on motorbikes and horseback. There have been clashes between fans at Dortmund-Schalke games before, but the police had little to do except remind TV crews to stand further away from each other as they filmed team buses arriving. One bus driver blasted out a Dortmund club song as he drove away.

Dortmund's last game was in an empty stadium too, but with big crowds outside.

Thousands of Paris Saint-Germain supporters gathered outside the Parc des Princes as their team beat Dortmund in the Champions League on March 11.

Those scenes — and the decision of PSG players to sing along with the fans — showed that a game risks spreading the disease even without letting a single supporter into the arena. Similar scenes the same evening at a Bundesliga game between Borussia Mönchengladbach and Cologne caused concern.

During the following two days, the German, English, French and Spanish leagues all opted to suspend competition rather than play in empty stadiums, at least for the time being.