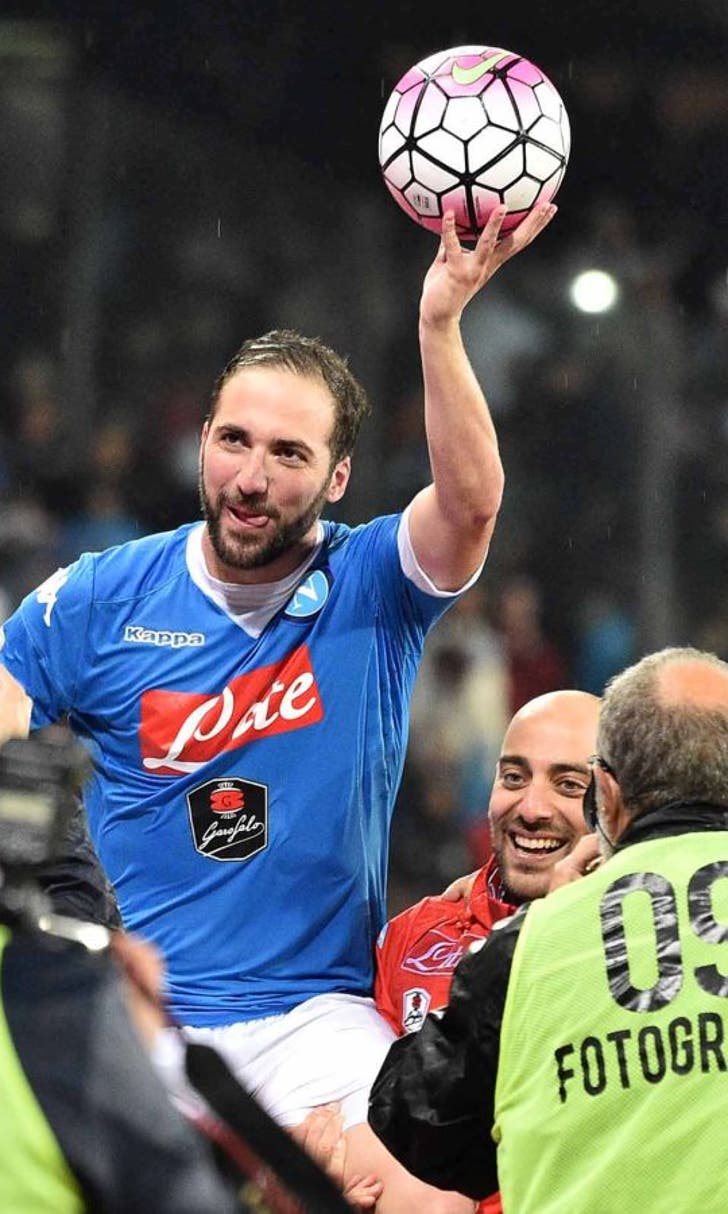 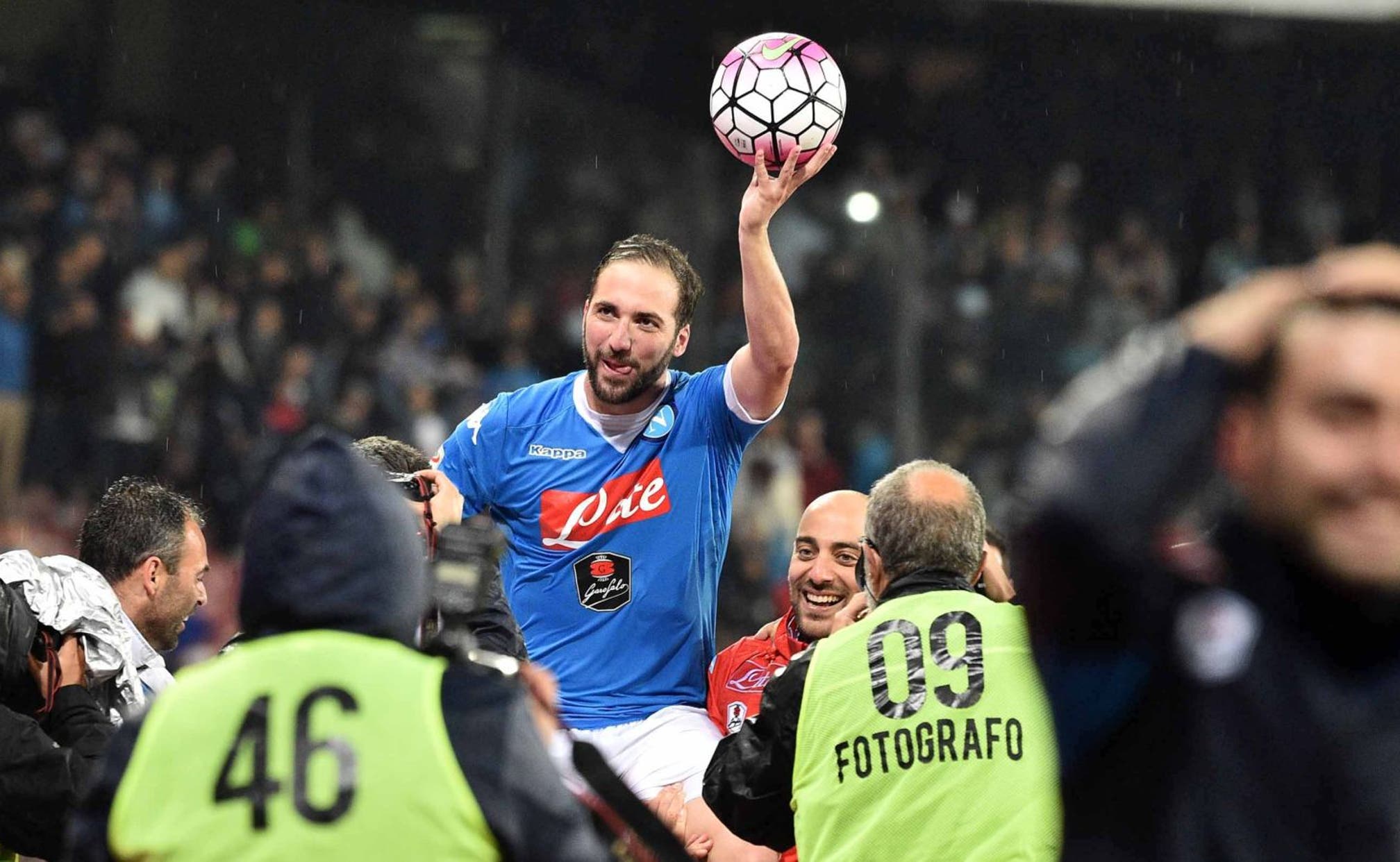 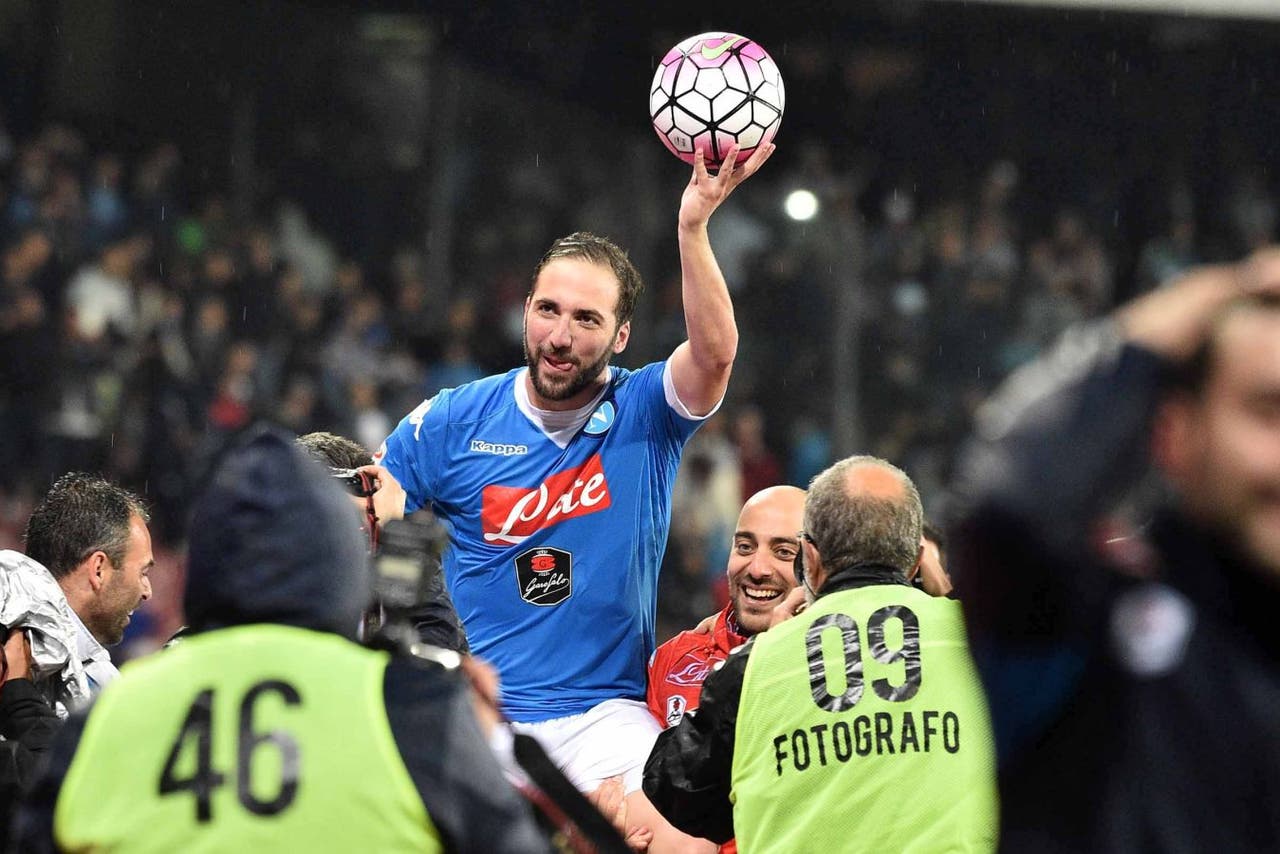 Luca Toni believes record-breaking Napoli striker Gonzalo Higuain has shown this season that he is better than Barcelona's Luis Suarez.

Higuain netted a hat-trick in Napoli's 4-0 win over Frosinone at the weekend to take his tally to 36 goals in Serie A this season, eclipsing Gunnar Nordahl's record of 35 set back in 1950.

The 28-year-old finished four goals behind Suarez in the race for the European Golden Shoe, but Toni nevertheless prefers the Napoli man over the Uruguay international.

"He has done something exceptional, also because he has not even played all games.

"Gonzalo is from another planet. For me, he is even stronger than Suarez."

Despite Higuain's magnificent efforts, Napoli have been linked with a shock transfer for Zlatan Ibrahimovic, who is due to leave Paris Saint-Germain on a free transfer.

However Toni believes a move for the Sweden international would only work if Napoli were to switch to a formation with two strikers.

"Ibrahimovic to Napoli would be difficult," he added. "Higuain has been doing really well already.

"Unless they would be playing up front together."