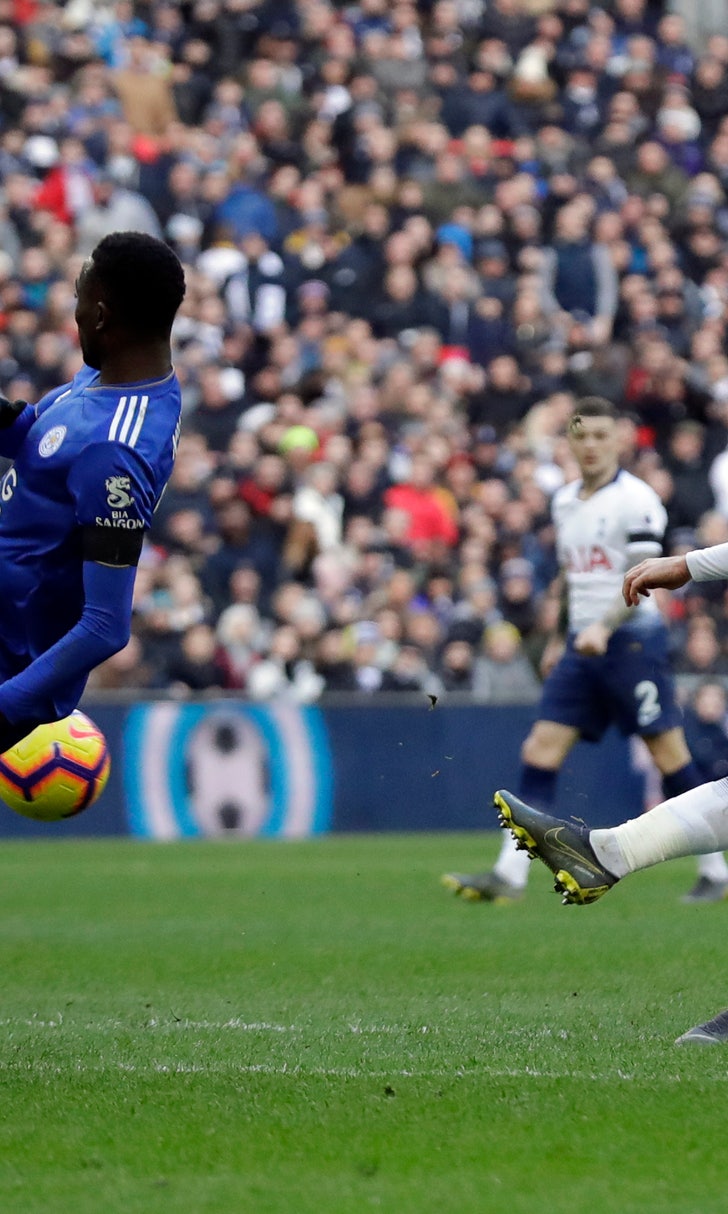 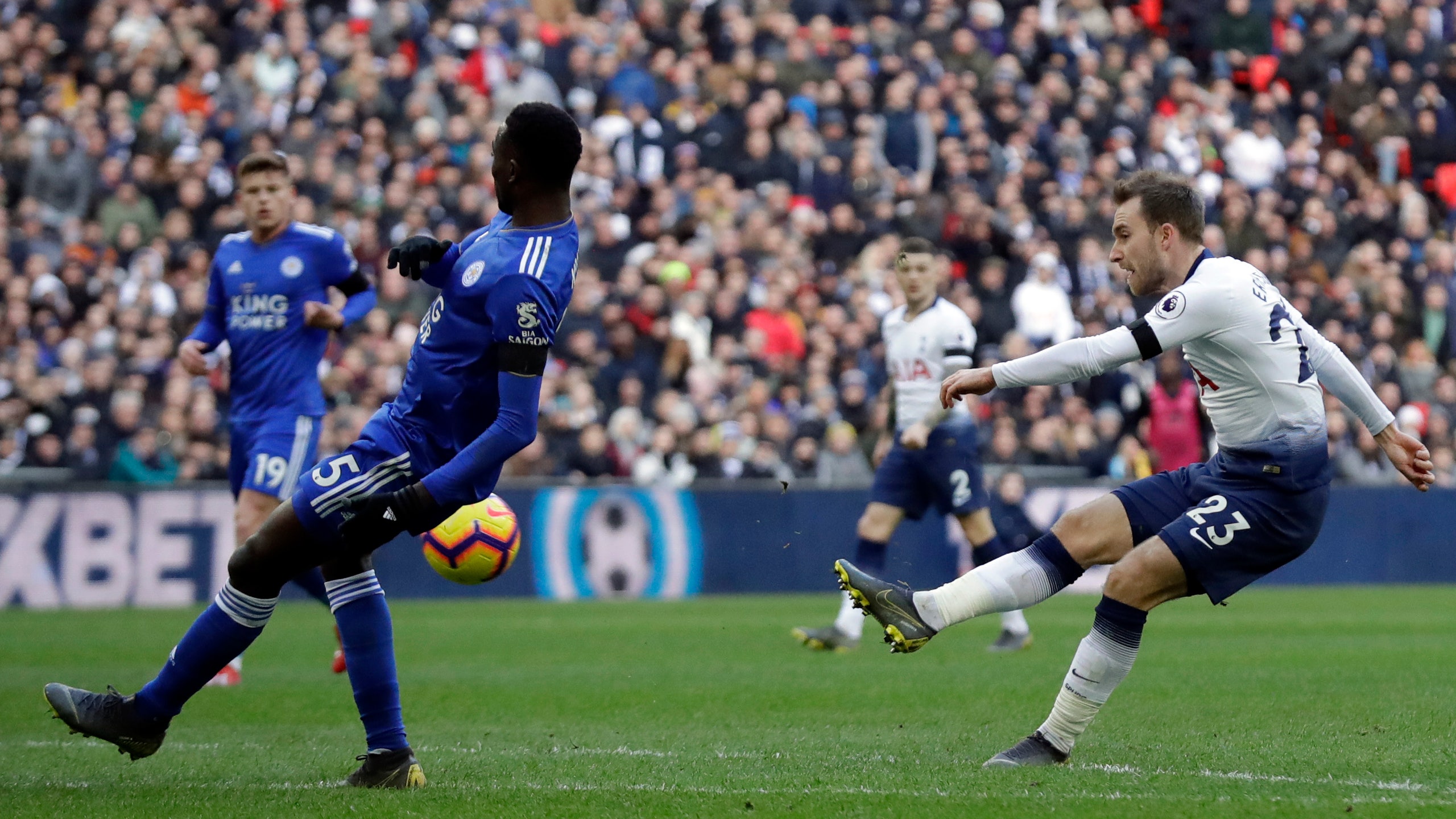 Kieran Trippier's corner was played short to Eriksen, who floated in an inviting cross for Davison Sanchez to power home a diving head for his first Tottenham goal in the 33rd minute.

A key turning point came on the hour when Jamie Vardy missed a penalty for Leicester with his first touch of the game. The striker had been dropped from the starting lineup and only came on to take the spot kick after Tottenham defender Jan Vertonghen knocked over James Maddison.

Oliver Skipp charged down Ricardo Pereira's clearance, Fernando Llorente fed Eriksen, who added to his earlier assist by sending a low shot into the bottom corner in the 63rd.

But Vardy partly made amends in the 76th when he turned in Pereira's cross from close range.

Just as Leicester pressed for an equalizer, Son Heung-min scored a breakaway goal, racing clear from the halfway line and converting his 15th of the campaign in the first minute of stoppage time.

Tottenham manager Mauricio Pochettino was left perplexed in the first half by Michael Oliver's decision to book Son for diving.

The South Korean went down in the penalty area under a challenge from Harry Maguire, becoming the fourth Tottenham player to be yellow carded for simulation this season.