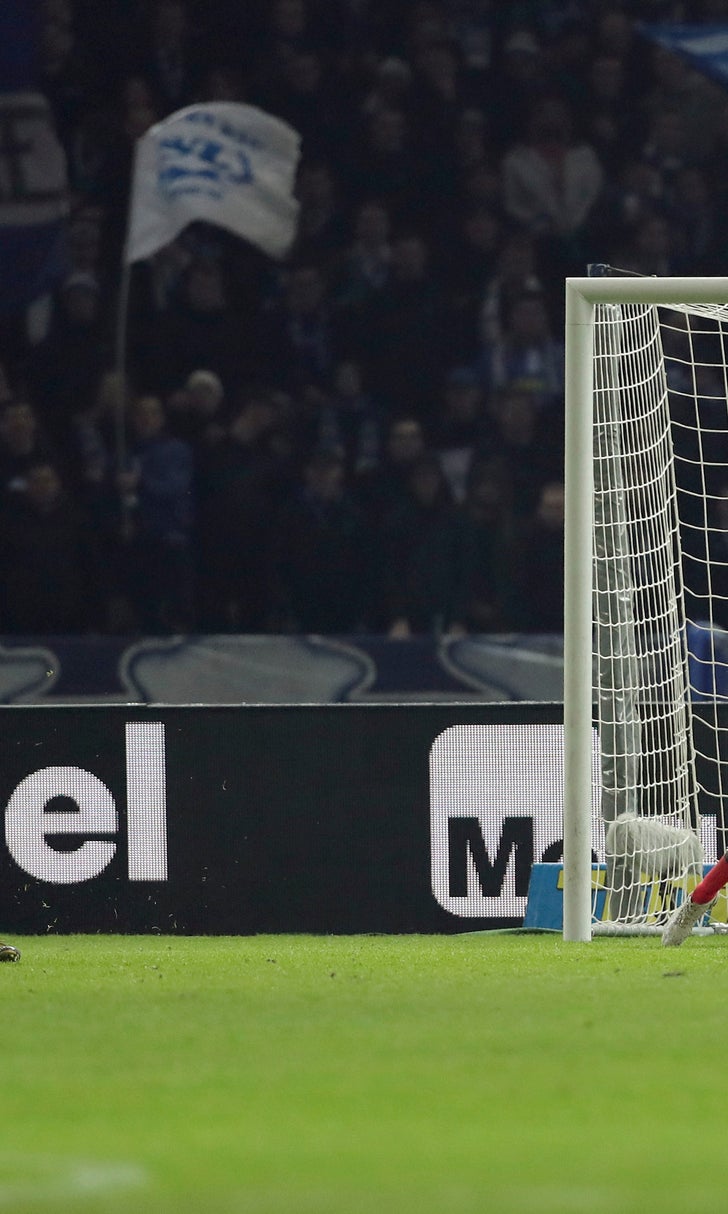 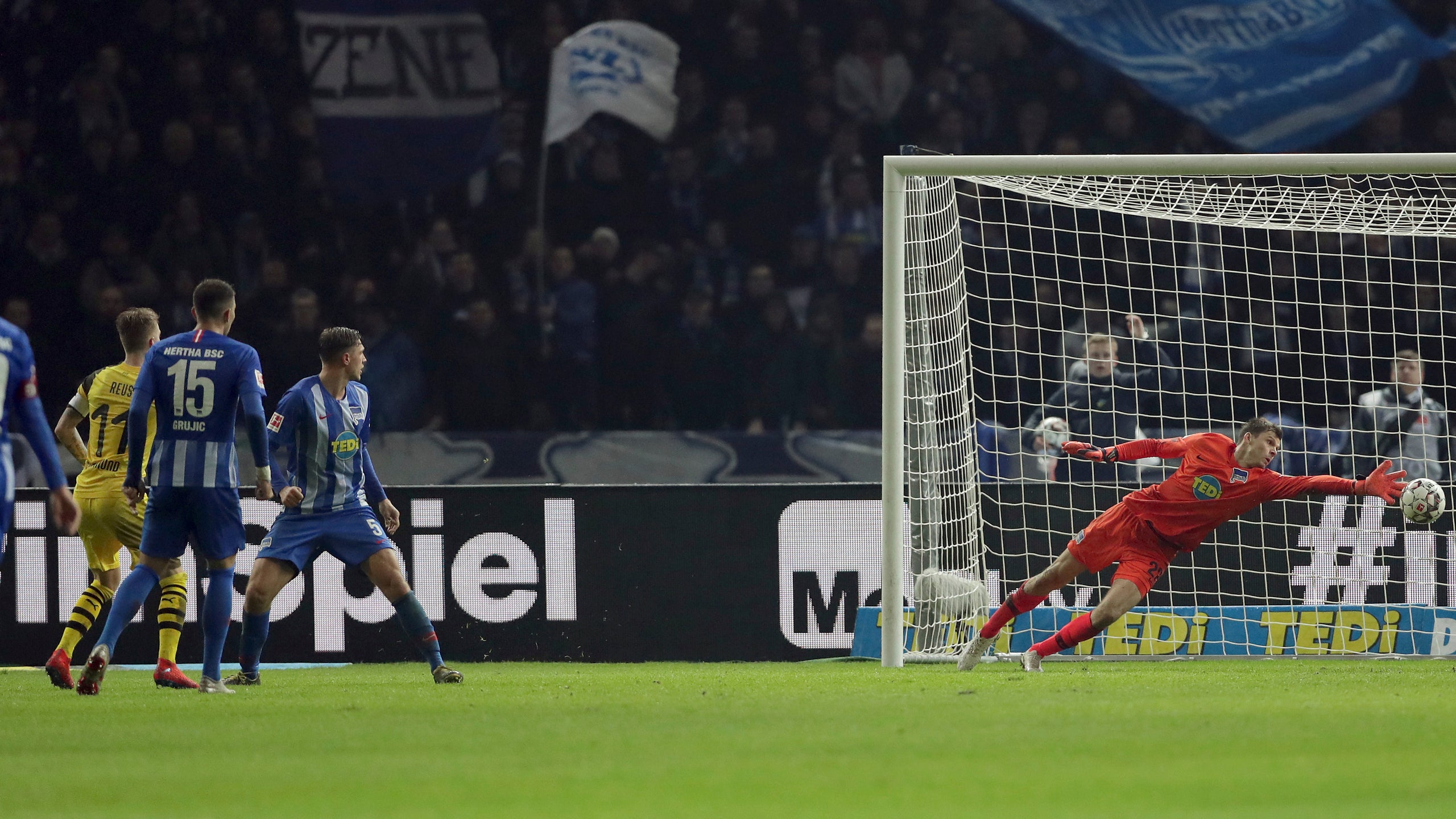 BERLIN (AP) — If Bayern Munich doesn't win the Bundesliga, it will largely be down to Marco Reus.

The Borussia Dortmund captain scored the winning goal in injury time to keep up his side's strong title challenge with a 3-2 victory at Hertha Berlin on Saturday.

Reus has been decisive again and again this season, his 15 goals and nine assists driving Dortmund on.

He scored twice in a 3-2 win over Bayern in November, struck in a 1-0 victory over Wolfsburg, instigated the side's come-from-behind 4-2 win over Bayer Leverkusen by setting up Jacob Bruun Larsen and then equalizing, claimed the winner in a 2-1 triumph over former side Borussia Moenchengladbach and led a 7-0 demolition of Nuremberg.

Dortmund has not lost a game this season in which he has scored.

But Saturday's late effort might have been the most important, with Dortmund having seen a nine-point lead vanish in recent weeks.

"It was important for us to boost morale," Reus said.

Dortmund faced the possibility of dropping two points behind Bayern, assuming the six-time defending champion beats Mainz on Sunday. The Bavarian powerhouse has won 12 of 13 league games and will be determined to atone for its Champions League exit to Liverpool on Tuesday.

"I don't think they'll slip up tomorrow," said Reus, whose side faces a potential league-decider in Munich on April 3. "We knew we could increase the pressure. We'll see what happens."

Reus was a target for Bayern before he opted to rejoin Dortmund from Gladbach in 2012 for a then-club record 17.1 million euros ($19.3 million). He helped the side to reach the 2013 Champions League final, but Bayern denied him a fairytale ending by winning at Wembley.

Now in his seventh season at Dortmund, Reus is yet to win the Bundesliga, with a solitary German Cup triumph in 2017 his only significant trophy in that time.

So, it's no wonder the 29-year-old, who has been unfortunate with injuries, is doing all he can to lead Dortmund's challenge under coach Lucien Favre.

Dortmund fans, who seemed to make up half the 75,000 at Berlin's Olympic Stadium, sang about being German champions and celebrated Reus' late winner as if it were the clincher.

"I don't know how many Dortmunders were here but it was extremely loud," he said. "It was almost like a home game. I'm proud they made the long journey here. That gives us a lot of confidence."

"The last weeks were not so easy because we didn't play so well. We didn't defend well, also tonight. But we have to work on it," Reus said. "Going forward the mentality is there and you can see the freshness is coming back. We only have the Bundesliga to concentrate on."

Marco Reus
share story
those were the latest stories
Want to see more?
View All Stories
Fox Sports™ and © 2021 Fox Media LLC and Fox Sports Interactive Media, LLC. All rights reserved. Use of this website (including any and all parts and components) constitutes your acceptance of these Terms of Use and Updated Privacy Policy. Advertising Choices. Do Not Sell my Personal Info