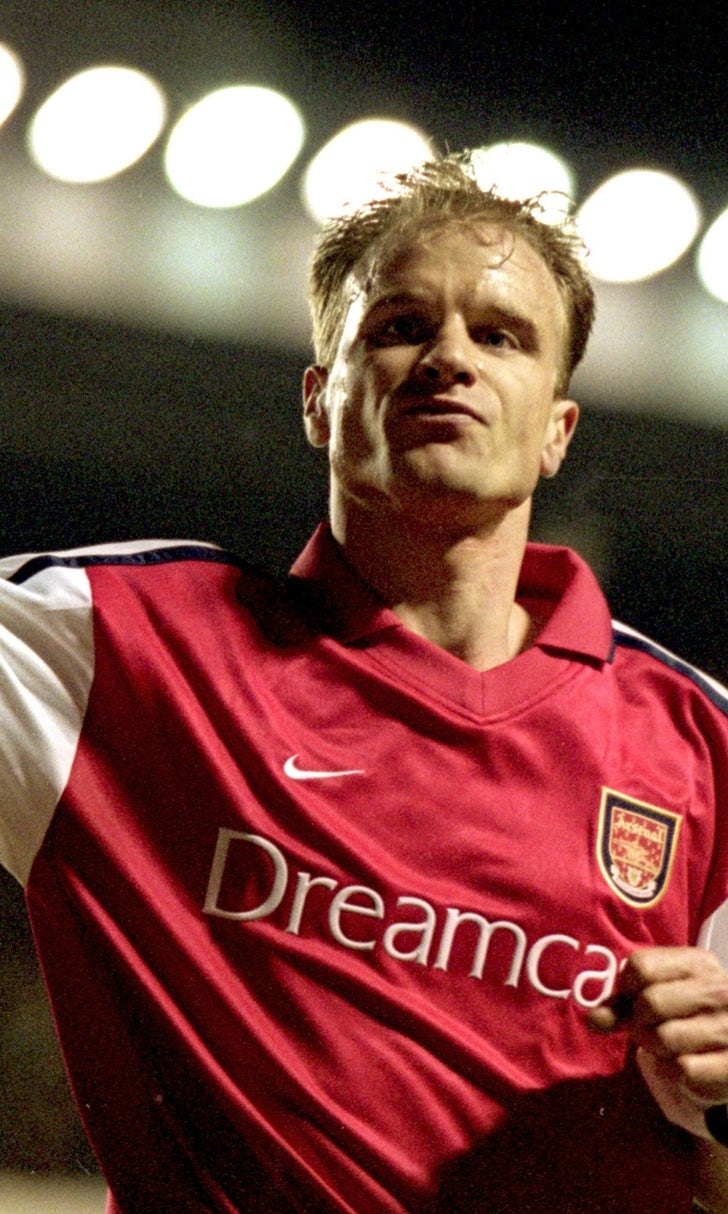 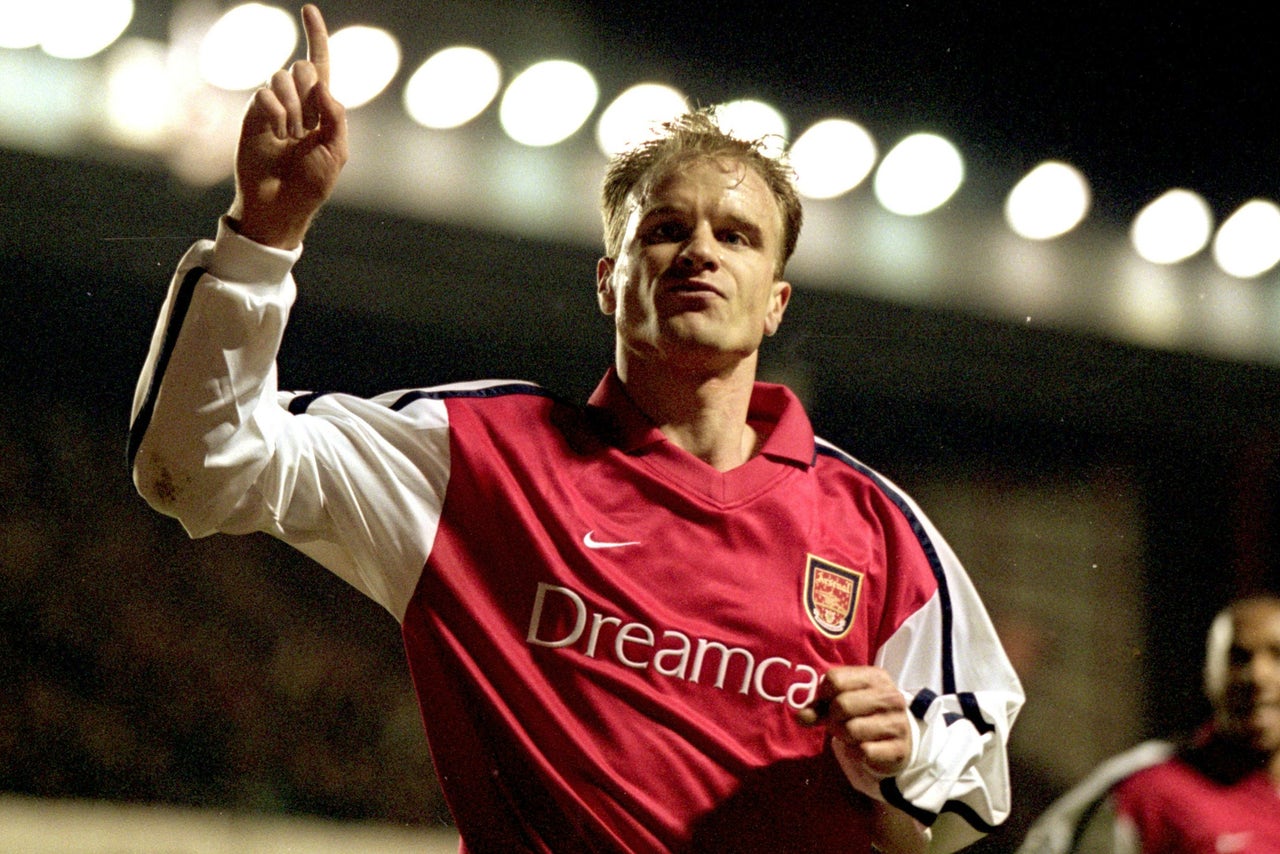 "Behind every kick of the ball, there has to be a thought."

An ostensibly fundamental, simple concept yet so difficult to master and execute successfully week-in and week-out. Such was the approach to every training session and match for Dennis Bergkamp.

Schooled by the revered Ajax system in the art of 'Total Football,' Bergkamp was hell-bent on achieving perfection with every touch of the ball. Marked by a clinical first touch and calmness on the ball, he possessed an otherworldly and unparalleled sense of awareness in front of goal while predominantly operating between the lines as a 'shadow striker.' The result? One hundred and twenty goals -- 87 of which came in the Premier League -- in 423 appearances with Arsenal between 1995 and 2006.

As 'The Iceman' celebrates his 47th birthday on Tuesday, let's relive five of his best Premier League goals.

After enduring a tumultuous sojourn with Inter Milan, Bergkamp gave then-Arsenal boss Bruce Rioch something to be remembered by, joining the Gunners in the summer of 1995 and becoming the club's record signing. He failed to find the back of the net in his first six league appearances, but Southampton's visit to Highbury opened the door for a watershed moment.

Bergkamp opened his account in the 17th minute, but it was his second and Arsenal's third of the day that wrapped up the three points and placed the cherry on top of a man-of-the-match performance. Arsenal went on to finish 5th in the league in the 1995/96 campaign, the lowest during Bergkamp's 11-year stay.

At this point, the Arsene Wenger era was well and truly underway at Arsenal. The Frenchman led the Gunners to a third-place finish in the Premier League, but missed out on Champions League qualification. More importantly, however, Wenger kindled an exceptional bond with Bergkamp, who shared his perspective for football's possibilities. And when the team needed a creative genius to pull a rabbit out of a hat, Wenger didn't have to look too far.

Sandwiched between an Ian Wright brace, Bergkamp's delicate chip completed Arsenal's turnaround against Derby County on the final day of the season, and demonstrated the panache that we would come to associate him with throughout his illustrious career. 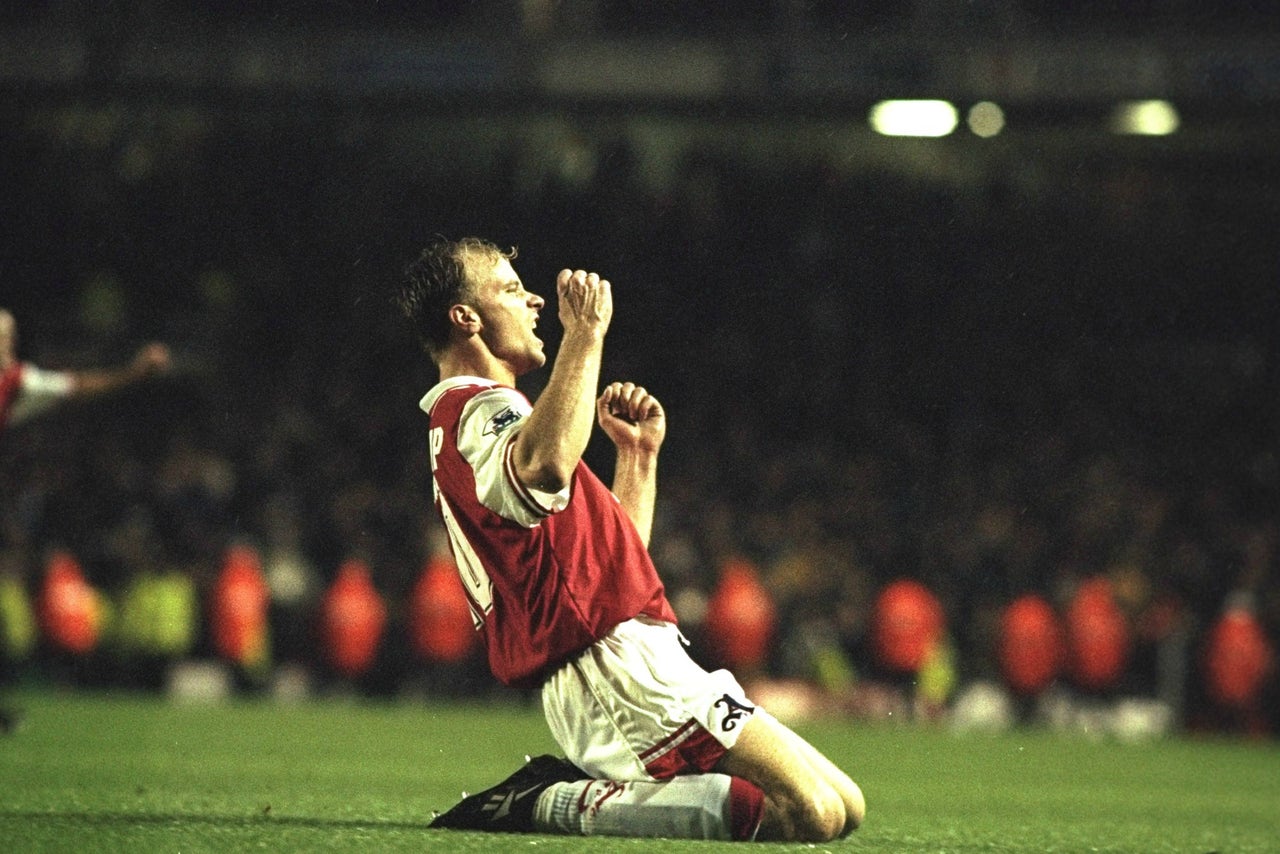 Ask any Arsenal player who their favorite team to beat is, and, unequivocally, you'll get one answer: Tottenham.

The North London derby has produced its fair share of instant classics through the years -- think the 2-2 draw in which the 'Invincibles' sealed the title at White Hart Lane in 2004 or Younes Kaboul capping a three-goal comeback at the Emirates Stadium in 2010. Bergkamp left his imprint on the rivalry in style, applying the coup de grâce in a 3-1 victory over their noisy neighbors with a sublime finish to lift the Gunners to their first league triumph over Spurs in nearly five years.

Perhaps a young Riyad Mahrez was looking on, taking notes.

Bergkamp has long proclaimed his last-gasp wonder goal against Argentina in the quarterfinals of the 1998 World Cup was his best. Granted, he is cast in bronze outside the Emirates in the form of the divine first touch he engineered from Frank de Boer's diagonal ball that day. Yet for all the splendor of those three majestic touches, it amounted to nothing as the Netherlands failed to reach the summit.

Thus, an even bigger case exists for his pirouette goal against Newcastle. Voted by Arsenal supporters as the greatest in the club's history, it was the catalyst for a barnstorming end to the season. The Gunners dethroned the Magpies en route to claiming the league and FA Cup title. 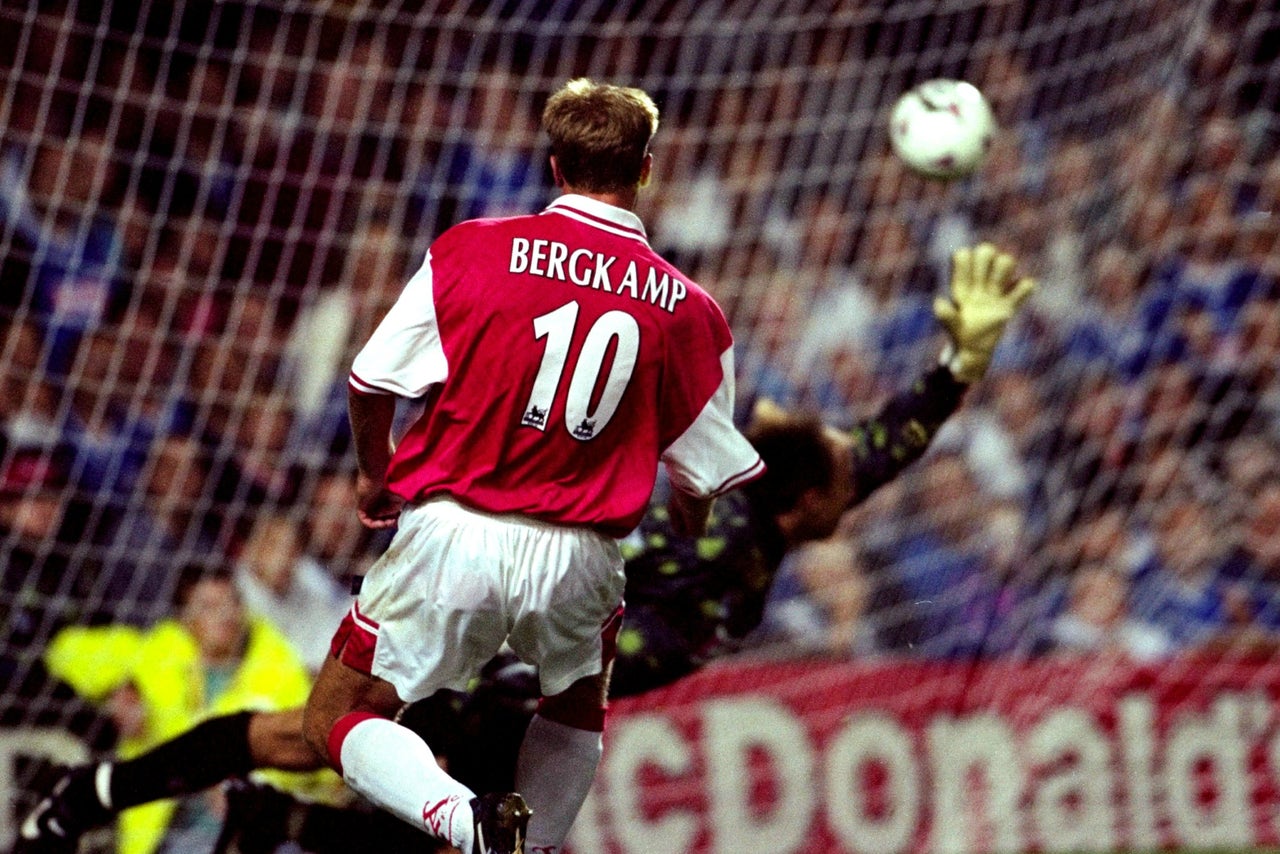 At a very young age, Bergkamp was blessed with the most exemplary education football had to offer. Under the tutelage of Rinus Michels at Ajax, a large part of his upbringing centered around playing every outfield position. Most notably, Bergkamp benefitted most from seeing through the eyes of a defender, which helped him "know how they think and how to beat them."

In a nutshell, it paid off.

Back when Leicester were not winning titles, they had no answer for the Dutchman as he pulverized them in the early stages of the 1997/98 season. The Foxes and Gunners waged a thrilling 3-3 draw, but it was Bergkamp who stole the show with one of the great Premier League hat tricks of all time. His third was in a class of its own.