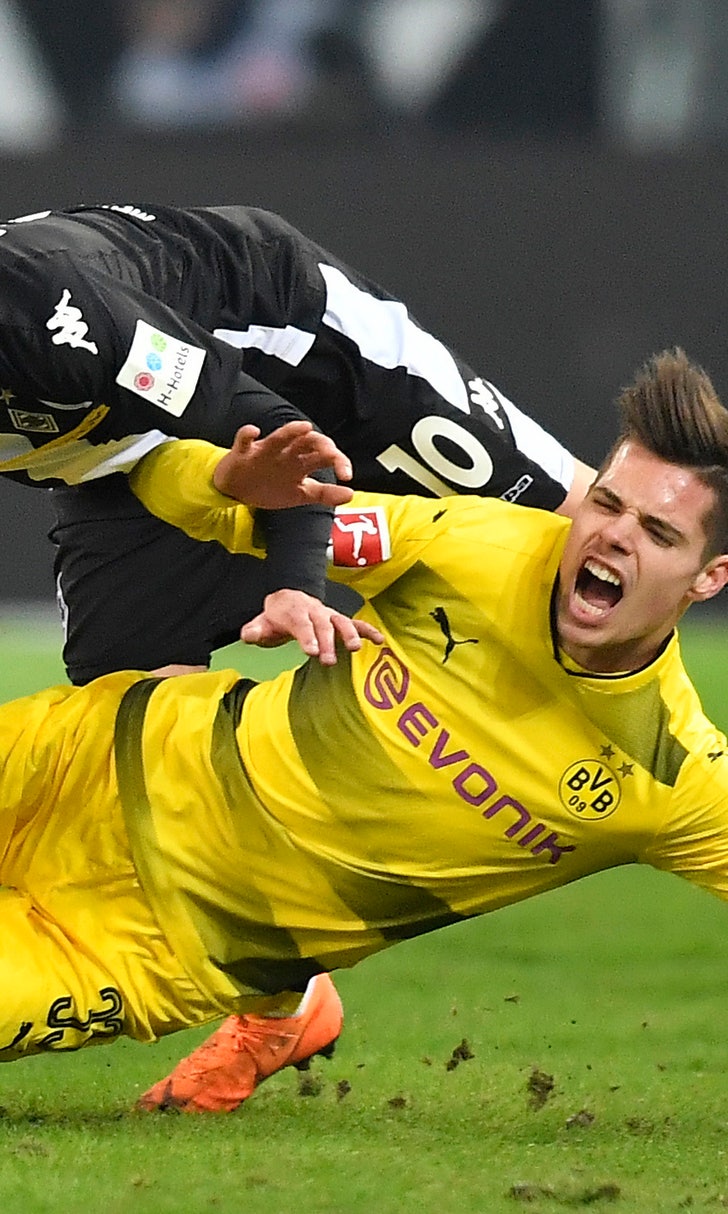 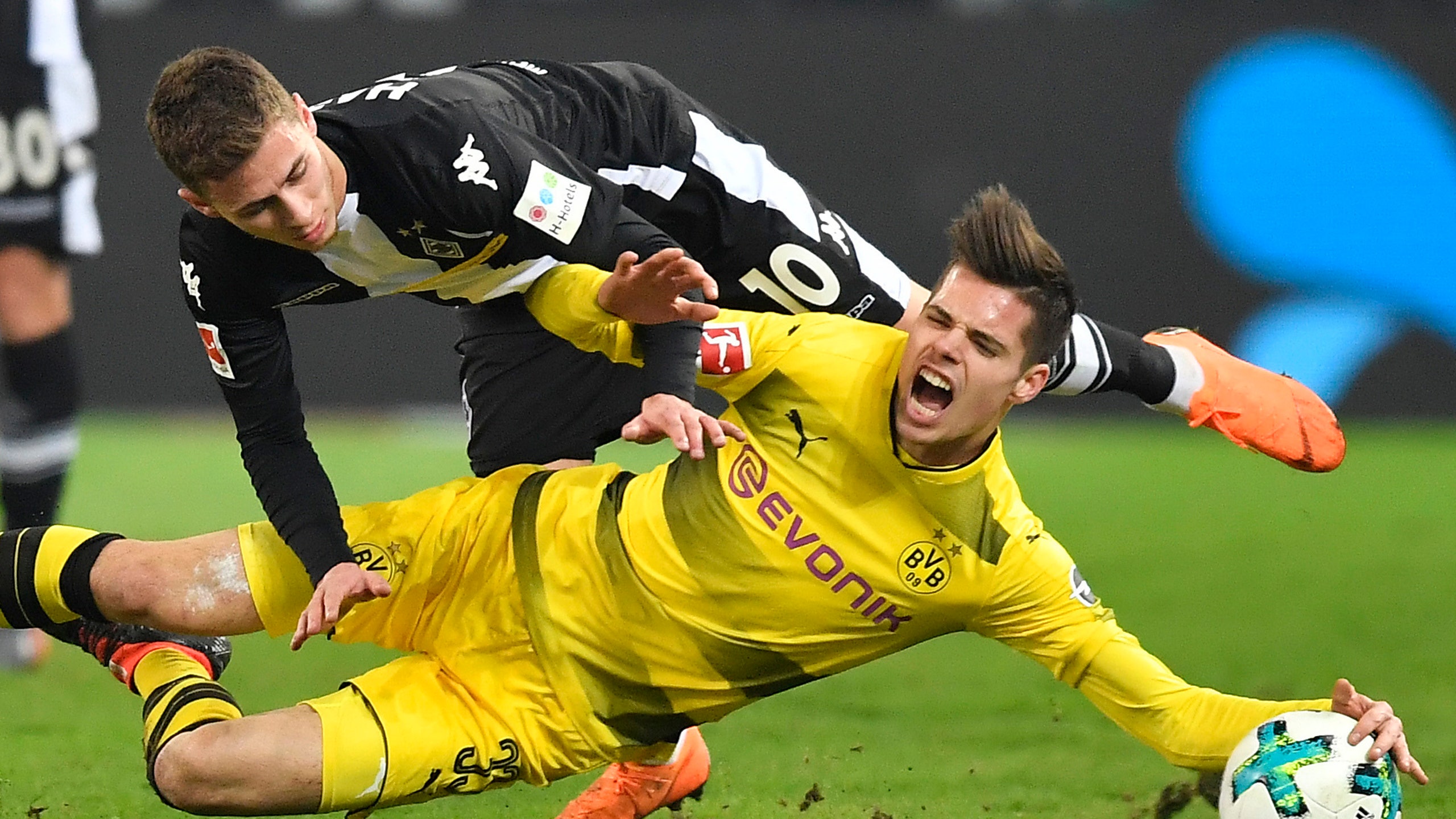 Borussias clash in Germany as top 2 duel in Dortmund

BERLIN (AP) — The Bundesliga is braced for a clash of the Borussias as the top two meet in the final round before the winter break.

Friday's game, which will be shown on free TV in Germany, has been given added spice after Borussia Dortmund's first defeat of the season on Tuesday, which gives Borussia Moenchengladbach the chance to close within three points with a win in Dortmund.

Both sides have been enjoying sterling league campaigns, capturing attention with fast attacking football and a host of goals. Dortmund has 42 in 16 games, Gladbach 35. Both scored three goals in wins over defending champion Bayern Munich.

Dortmund captain Marco Reus, who will be facing his former side on Friday, said his team's 2-1 loss at promoted Fortuna Duesseldorf was a "deserved defeat" from which it must learn. Reus suggested his side underestimated Duesseldorf.

"We have to be more purposeful and determined, to wait for the chance and take it," he said.

"As always, wipe the mouth, keep going. We have the next chance on Friday. I'm certain we'll show a different face."

Dortmund has problems in defense, however, and will be put under strain by Gladbach's in-form forwards Thorgan Hazard and Alassane Plea. Both have nine goals so far in the league.

"We have to see who can play in central defense. (Manuel) Akanji and (Abdou) Diallo are out, both are injured. (Dan-Axel) Zagadou is also injured," said Dortmund coach Lucien Favre, who also faces a former side.

The Swiss tactician is still remembered fondly in Moenchengladbach from his time there from 2011-15, leading the side from relegation candidate to the Champions League, before his tenure was cut short when Gladbach started the 2015-16 season with five defeats in the league.

"It was special at the time," Favre said. "But I've been away from Moenchengladbach for three years and now I'm in Dortmund."

Favre praised his former side for making its best start in 42 years with 33 points from 16 games.

"Moenchengladbach has a very efficient team. They are very strong up front, in midfield, too. And they are more than compact, they are very well organized," Favre said.

Despite his team's brilliant opening half of the season, Gladbach coach Dieter Hecking was happy to remain the underdog.

Bayern Munich will be looking with interest at events in Dortmund, especially after Franck Ribery's late goal earned the side a 1-0 win over Leipzig on Wednesday to stay level with Gladbach on points — six points behind Dortmund.

A win at Eintracht Frankfurt on Saturday could see Bayern further narrow the gap or move to second.