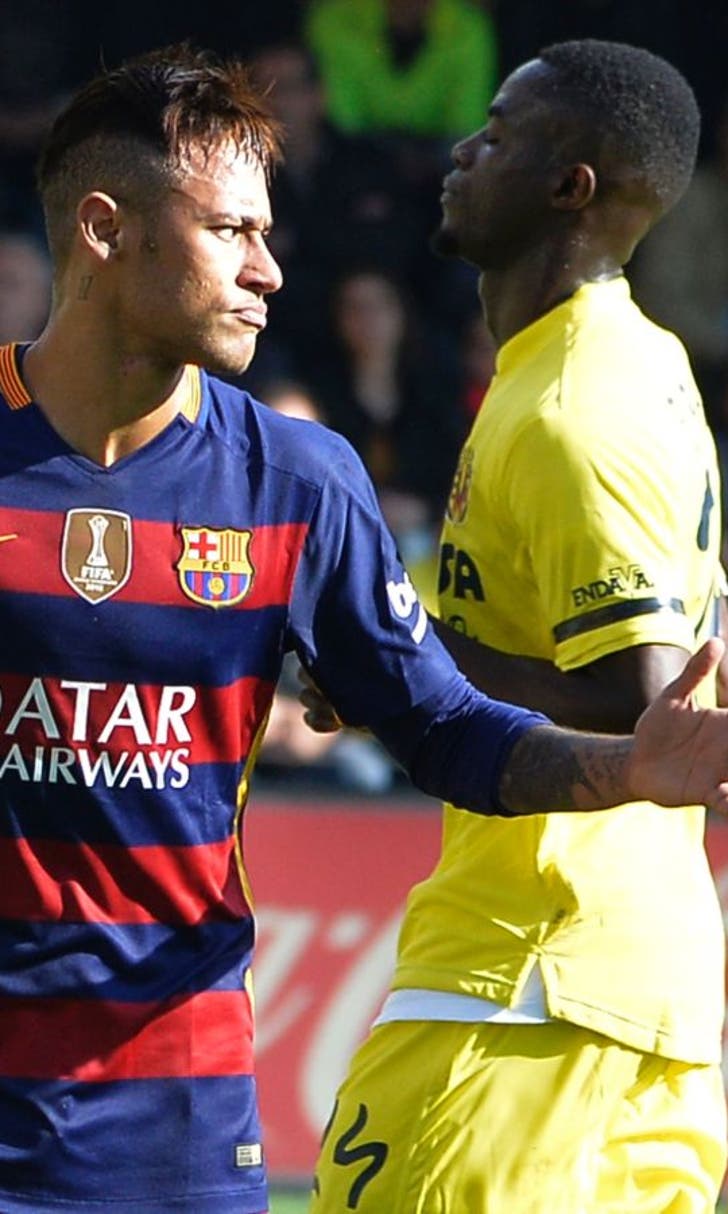 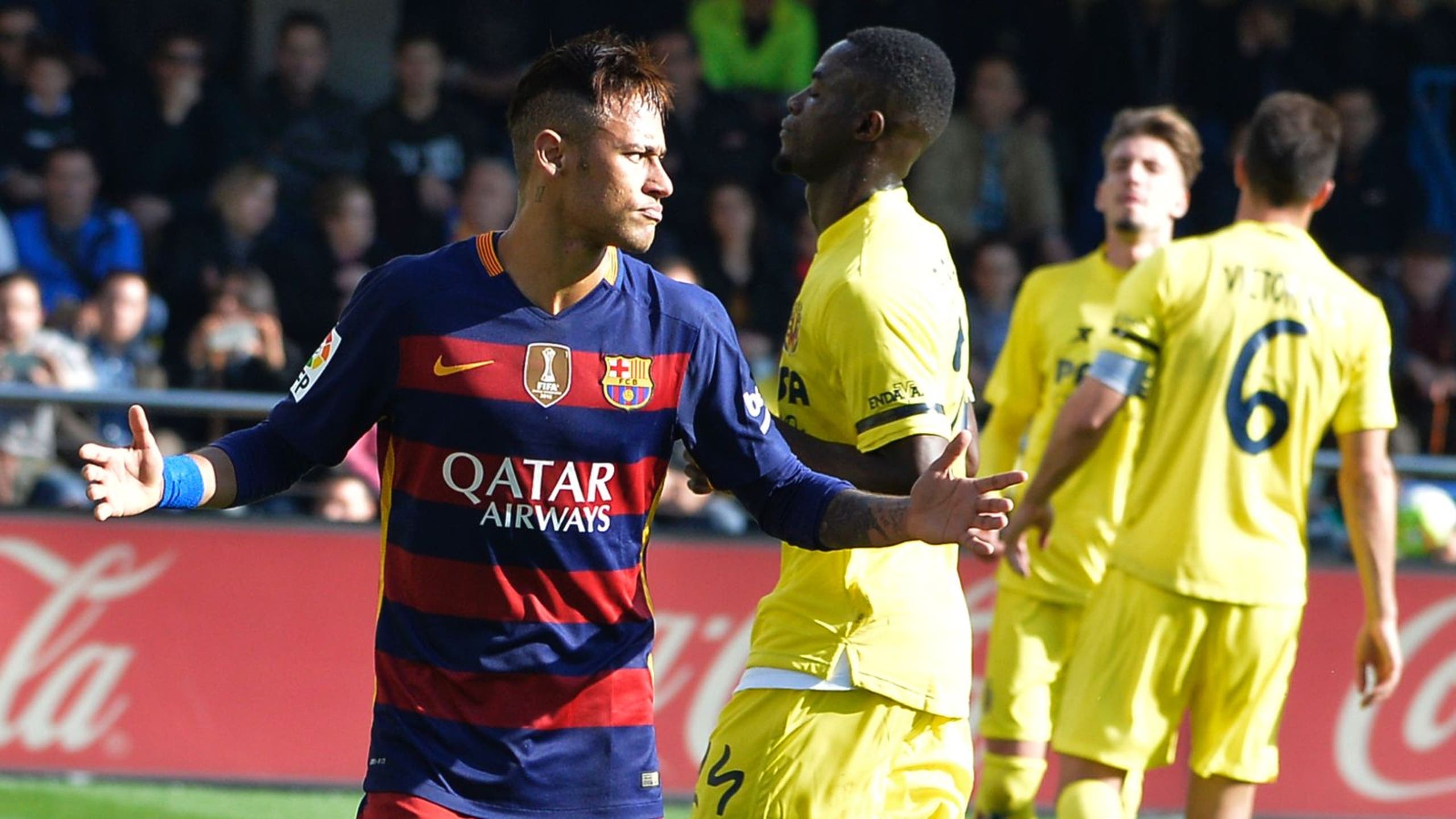 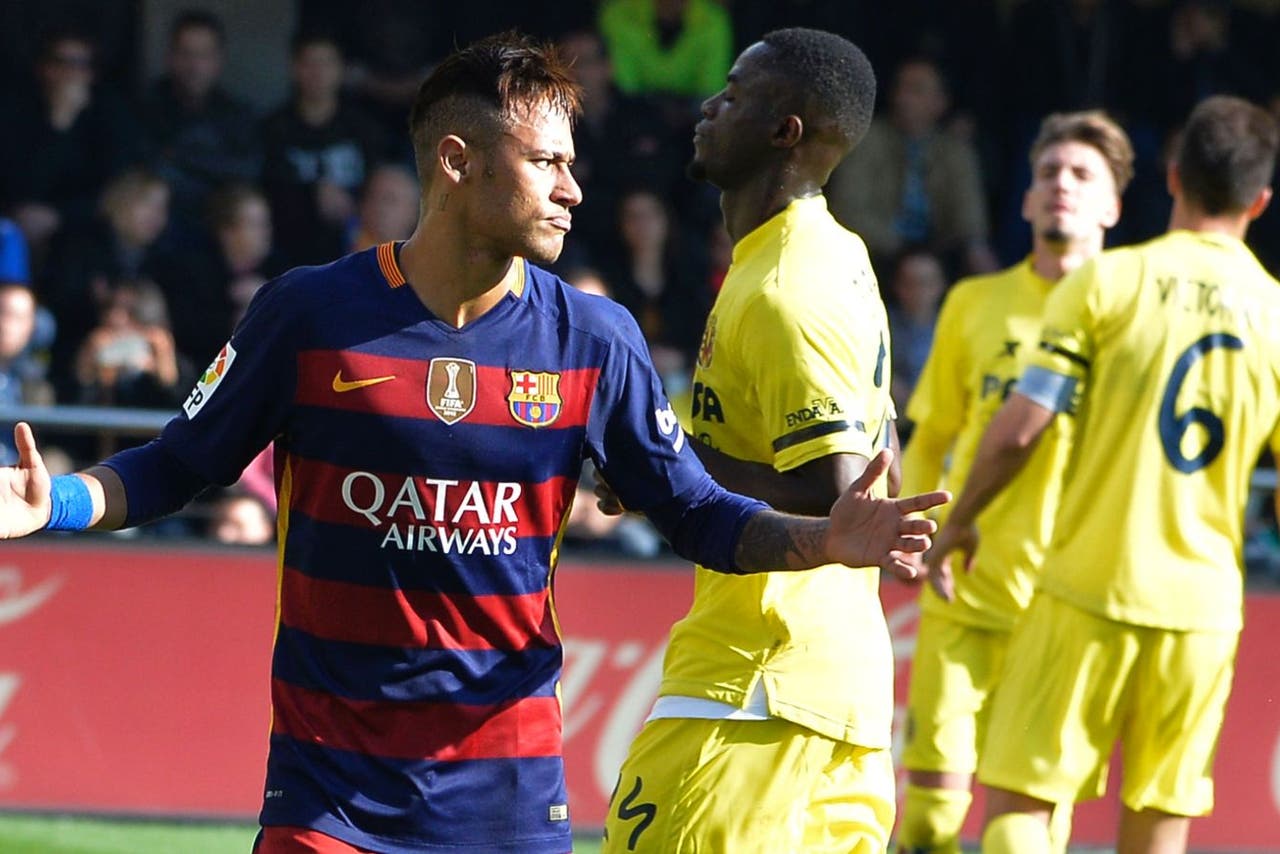 Barcelona drew 2-2 at Villarreal after squandering a two-goal lead on Sunday as the defending champion increased its lead in the Spanish league to nine points over Atletico Madrid.

While Barcelona pulled further away, third-place Real Madrid closed on Atletico after Cristiano Ronaldo, Gareth Bale and Karim Benzema all scored in a 4-0 victory over Sevilla.

Barcelona will hold a 10-point advantage over Madrid when the two clash after the international break in the season's second "clasico" match.

"Our objective in the league is to overtake Atletico. Now we are closer," said Madrid manager Zinedine Zidane. "(Clasicos) are always special. It was important to get a win before. We are ready. It will be a great game."

Barcelona appeared to be in command after Ivan Rakitic opened the scoring in the 20th minute and Neymar added a penalty four minutes before halftime.

But despite having coach Marcelino Garcia sent off for protesting, Villarreal rallied with a deserved goal from forward Cedric Bakambu in the 57th before Barcelona substitute Jeremy Mathieu knocked in an own goal in the 63rd to split the points.

Barcelona's 12-round winning run ended as it failed to take full advantage of second-place Atletico's 2-1 loss at Sporting Gijon on Saturday.

Barcelona extended its Spanish record unbeaten streak to 39 consecutive games in all competitions as it begins the run-in to maintaining the domestic crown with eight rounds left.

"I believe the result is positive for us, we are one round closer and one more point ahead," Barcelona coach Luis Enrique said. "We could have won but we also could have lost. So I have to be satisfied."

Elsewhere, Celta Vigo climbed past Sevilla into fifth place after its first win at Valencia since 2002-03, while Espanyol fought back 2-1 over Athletic Bilbao.

As promised, the match between Barcelona and Villarreal- two of Spain's most attractive attacking squads- produced an entertaining contest from start to finish.

Bakambu was particularly inspired. Not a minute into the match, Bakambu's deflected pass reached the post before goalkeeper Claudio Bravo smothered it.

Rakitic swayed the match in Barcelona's favor when he fired in a ball that had fallen to him when Villarreal defender Victor Ruiz disrupted a free kick by Lionel Messi destined for Luis Suarez.

Garcia was ejected in the 24th and spent the rest of the match from a private box for protesting a handball by Gerard Pique that went unpunished. Pique had already been booked for a handball.

Barcelona struck a second time after Messi threaded a pass forward to meet Neymar's run before he was brought down by goalkeeper Sergio Asenjo. Neymar then waited until Asenjo leaned one way before floating his spot kick into the other side of the net for his 21st league goal this season.

But far from fading, Villarreal recovered and Bakambu finally got his goal when he slotted in a ball that Bravo had parried from a shot by Denis Suarez.

Neymar almost quashed the host's rally when he drew an excellent save from Asenjo in the 60th, but Villarreal quickly leveled the score when a corner kick hit Mathieu and fell into the net.

In the capital, Madrid dominated the first half but could only show a 1-0 lead by halftime thanks to Benzema's vicious volley to blast home Bale's cross in the sixth.

Sevilla's best chance to pull one back was Kevin Gameiro's penalty kick that goalie Keylor Navas blocked in the 27th, after Raphael Varane had pulled Adil Rami down in the box.

Ronaldo also had a rare miss from the penalty spot in the 58th when he drove his kick high, following a penalty by Jose Antonio Reyes on Luka Modric.

Bale headed the ball off the bar before Ronaldo directed in Danilo's cross in the 64th to take his league-leading tally to 28 goals.

Celta striker John Guidetti broke through in the 80th from Fabian Orellana's exquisite assist with a back-heeled pass before Hugo Mallo muscled his marker to the turf and drilled in a second goal from a tight angle to seal the 2-0 win over Valencia.

Valencia's fans jeered and waved handkerchiefs after the match in protest of Gary Neville's team, which fell to 14th place, three days after being eliminated from the Europa League.

Before Sunday's matches a moment of silence was held for the victims of a bus accident in northeastern Spain that left 13 dead.