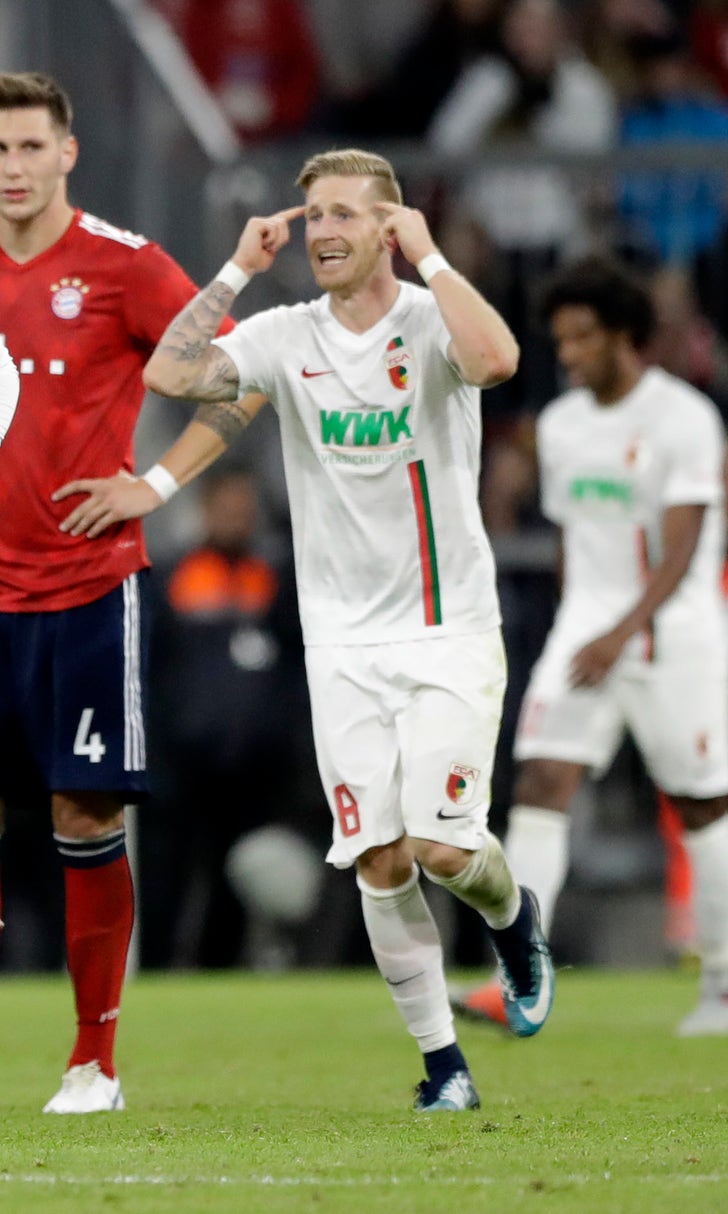 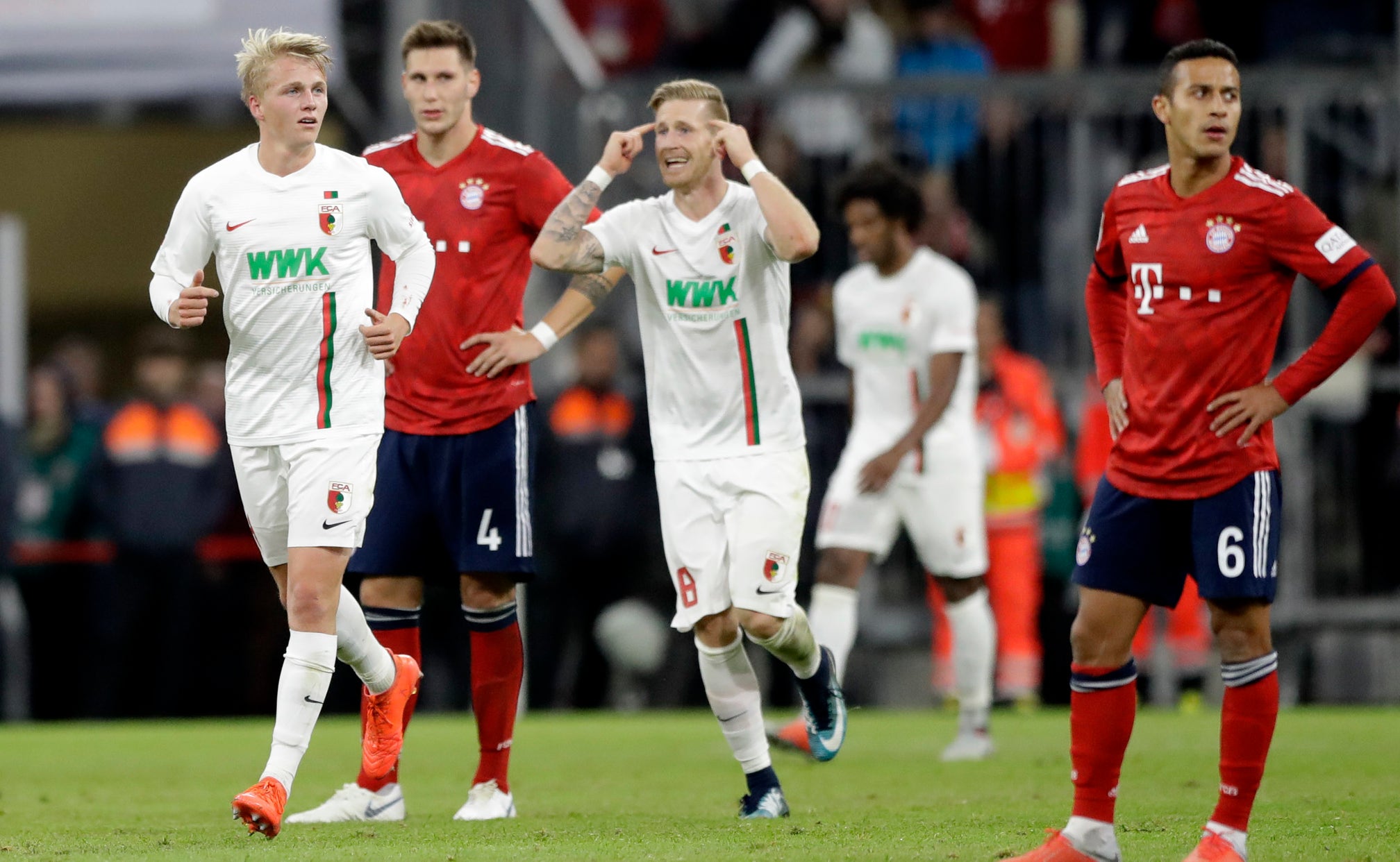 previous story
League Cup: Mourinho’s Man United ousted by Lampard’s Derby
next story
AP Was There: The first start for a black quarterback in AFL

BERLIN (AP) — Augsburg ended Bayern Munich's winning start to the Bundesliga on Tuesday by scoring a late equalizer for a 1-1 draw, subduing an atmosphere that was already flat due to fan protests.

Felix Goetze - the brother of former Bayern midfielder Mario Goetze - bundled the ball over the line with his chest in the 86th minute after the hosts failed to deal with a corner.

The draw marks the end of Bayern's four-game winning streak to start the league season, and seven-game run in all competitions since Niko Kovac took over as coach in the offseason. Kovac would have equaled Carlo Ancelotti's record of eight straight wins to start his reign had Bayern been able to protect the advantage from Arjen Robben's 48th-minute opener.

Fans stayed silent for the first 20 minutes to protest inconvenient kick-off times and the general treatment of supporters after a breakdown in dialogue with the German soccer federation (DFB) and German soccer league (DFL).

With one eye on Friday's visit to Hertha Berlin and the midweek fixtures piling up, Kovac opted to rotate his squad and handed rare starts to Serge Gnabry, Sandro Wagner, Renato Sanches and Javi Martinez. Robert Lewandowski, David Alaba, Jerome Boateng, James Rodriguez and Thiago Alcantara were all on the bench.

Caiuby had the first big chance for Augsburg before the home side established its dominance.

Augsburg's Andreas Luthe was given his chance in goal after decisive mistakes from Fabian Giefer in the defeats to Werder Bremen and Mainz, and the former Bochum goalkeeper impressed with a good save from Wagner in a one-on-one and then denied Gnabry with his fingertips before the break.

Robben fired Bayern ahead after the interval after some good play from Gnabry to set him up.

Schalke slumped to its fifth defeat from five games after Florian Niederlechner pounced on a rebound to give Freiburg a 1-0 win, the home side's first of the season.

Schalke had a goal ruled out before hitting the right post twice in the first half, first through Hamza Mendyl, then Daniel Caligiuri before the break.

Schalke was harmless after the break and remains bottom with zero points.

Elsewhere, Werder Bremen defeated Hertha Berlin 3-1 to inflict the visitors with their first defeat, and Hoffenheim won 3-1 at Hoffenheim.