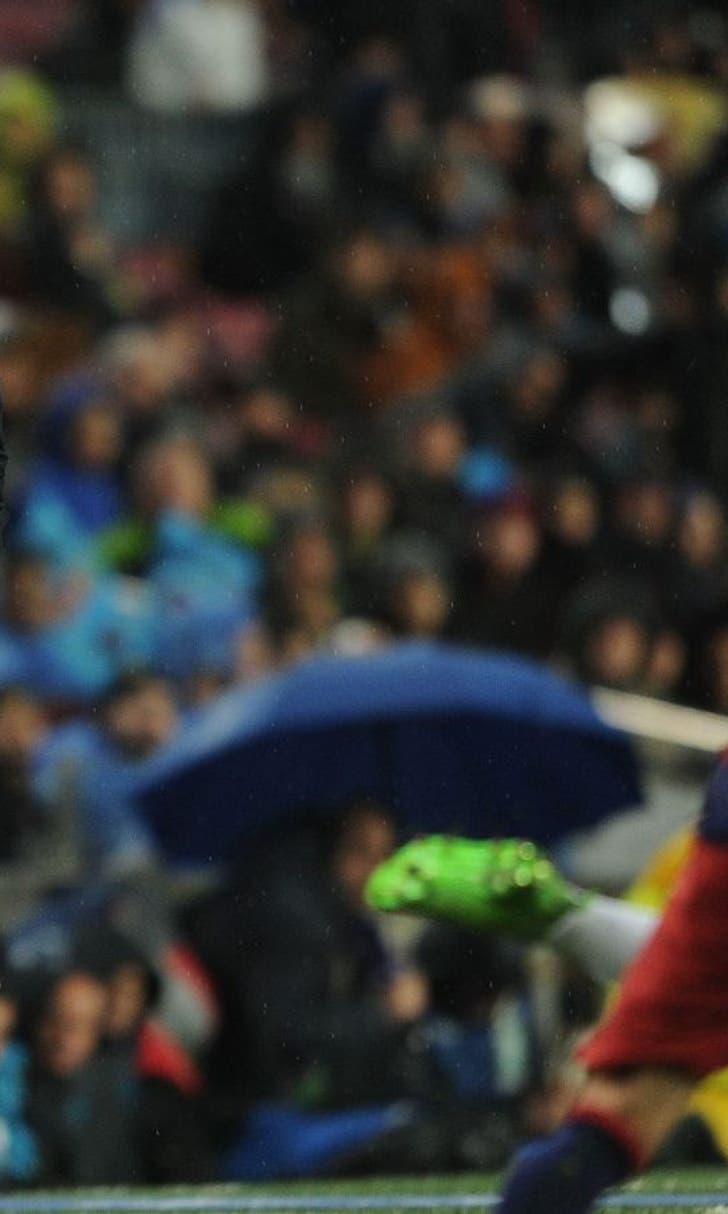 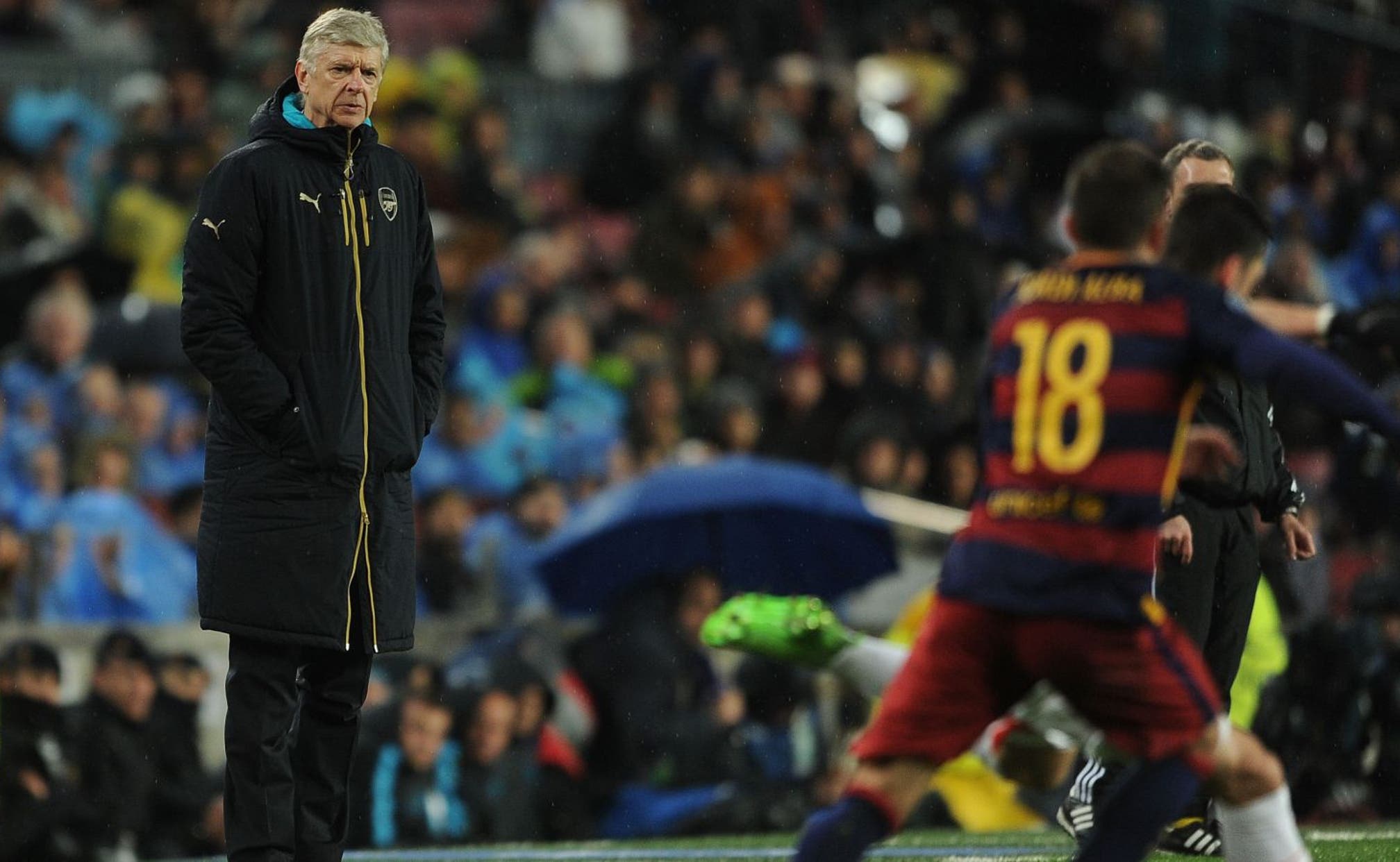 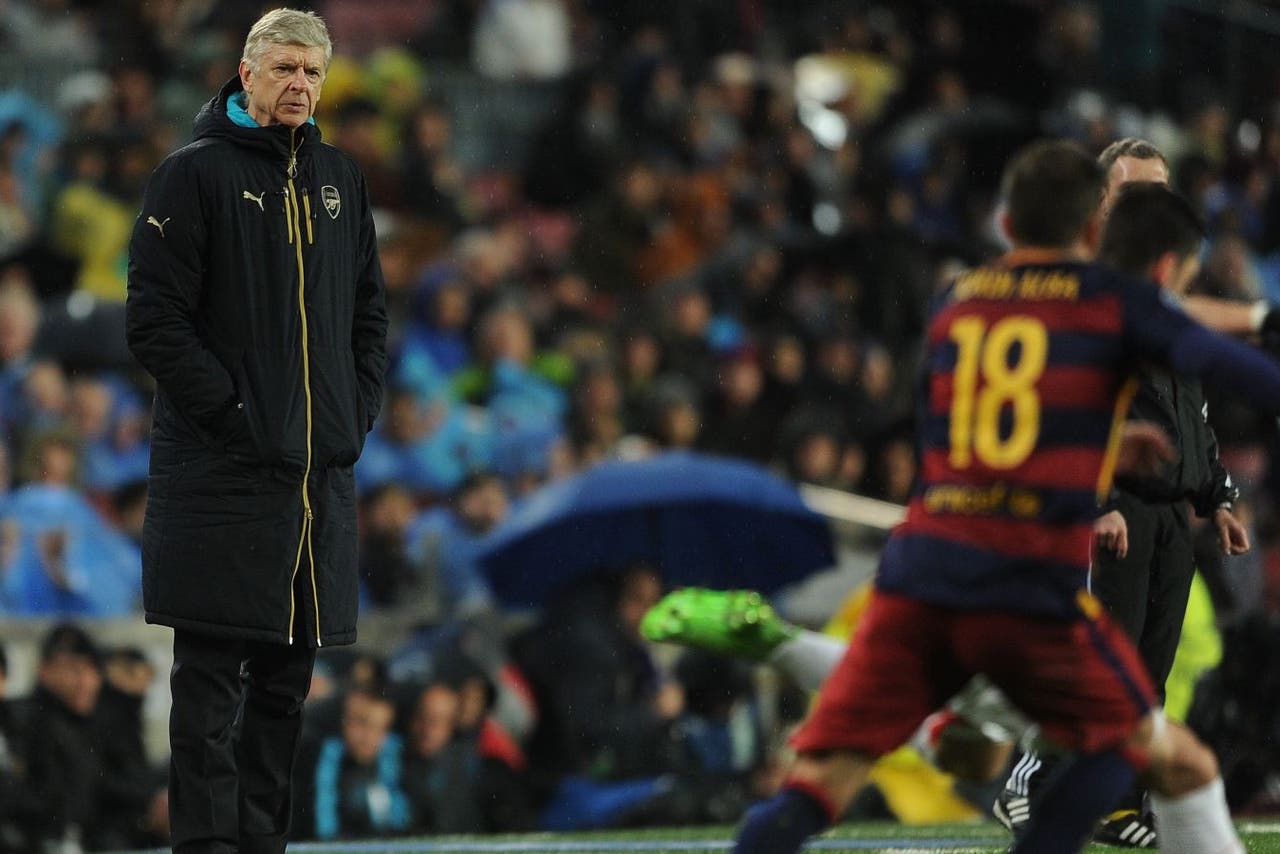 Arsene Wenger hailed 'exceptional' Barcelona and compared their play to art after Arsenal were knocked out of the Champions League at the Nou Camp.

Barca clinched a 3-1 win to progress to the quarter-finals 5-1 on aggregate on Wednesday night.

Leading 2-0 from the first leg, they extended their advantage through Neymar's first-half strike before Mohamed Elneny pulled a goal back for the visitors.

"We created plenty of dangerous situations where we couldn't take the chances we created, but I must say Barcelona's accuracy in the final third and the quality of the creativity, especially Messi, is absolutely exceptional," he said.

"You go through 90 minutes and you come out of a game, he didn't miss one first touch.

"At some stage in our sport you have to admire art and they have two or three players who transform normal life into art. I respect that.

"Of course, for me it's suffering but for a guy who just loves football, it's exceptional."

Wenger, who was pleased with his side's overall performance, did insist Arsenal had Luis Enrique's side worried at 1-1.

"I felt from the bench they were wobbling a bit and a bit insecure," Wenger said. "We could not take our chances to score the second goal that would have put us in a strong position.

"When they scored to make it 2-1 you could see we lost a bit of our edge and belief, but there were moments at 1-1 where you could see that we had our chances."

"I'm pleased with the performance we put in," the Frenchman added. "The quality of our game was good.

"I'm disappointed with the result but overall we played against a team with the best strikers I've seen.

"The three together are absolutely exceptional and from nothing they can create a chance. Well done Barca. They are an exceptional side."

Arsenal created a number of chances against the Champions League holders and on another night they could have had much more to show for their efforts than just Elneny's second-half strike.

Wenger bemoaned his side's accuracy in front of goal but took the time to praise Barcelona's quality in the final third, particularly the contribution of Messi.

Arsenal's hopes of silverware now rest on winning the Premier League after they crashed out of the FA Cup and Champions League in the space of four days.

The Gunners, who exited at the last-16 stage for the sixth consecutive season, visit Everton on Saturday and Wenger insists that is where his focus is.

He said: "In England, you are dramatic enough to use all the stats to make sure we suffer and I trust you to do that.

"We have to consider game by game. In football, you look at the last game and you look at what is positive and negative to prepare for the next one.

"We've gone out in the last six years against top sides who have won the Champions League after. One occasion where we were completely guilty was against Monaco. All the others were always against Bayern or Barcelona."

When asked if there was enough in the performance to say that Arsenal can still win the league, he replied: "I think yes.

"I'm pleased with the performance. The quality of our game was good. I'm disappointed with the result but we played a team with the best three strikers I've seen. The Premier League is more open than people think."

Midfielder Mathieu Flamini was substituted a minute before half-time at the Nou Camp, and was seen watching the second-half from the press conference room, and Wenger admitted he did not know where the 32-year-old Frenchman was.

Wenger added: "I didn't know where he was. I'm not sure he was allowed on the bench. He was injured. He had treatment after half-time. I wouldn't say that on a night of great football that was the most important thing about the game."