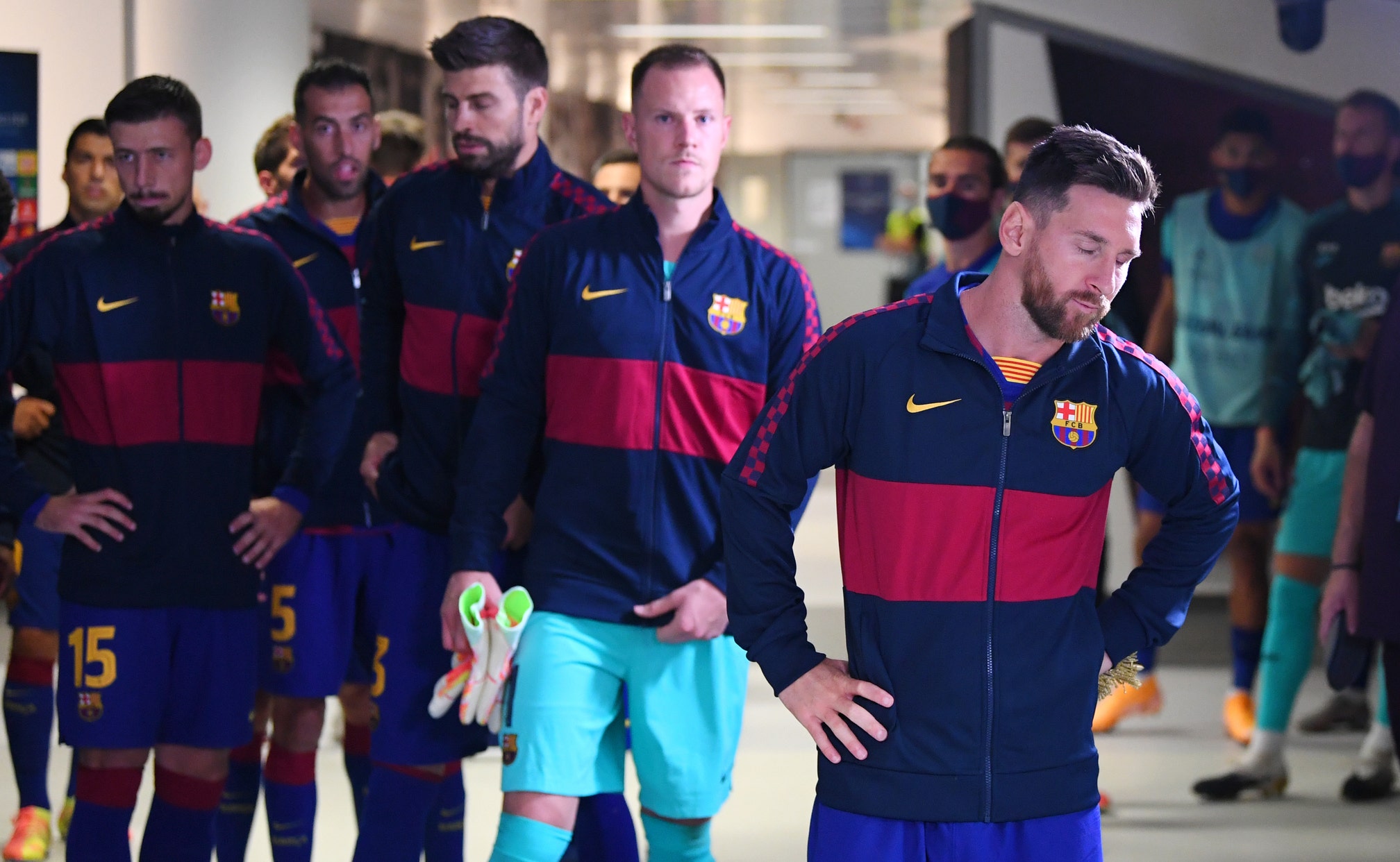 Lionel Messi's relationship with FC Barcelona won't come to an end this season, no matter how bad the international soccer superstar wants it to.

News broke Friday morning that Messi, who has spent nearly 20 years with the Barcelona organization, will remain with the La Liga powerhouse for the foreseeable future, after publicly expressing his desire to leave in recent weeks.

Messi sat down with Goal.com to discuss his recent request to transfer squads, and a whole mess of quotables came from the in-depth interview.

"Messi and Barca seemingly have managed to take a bad situation and make it worse – but I’m all for the drama and entertainment. Now Barca is faced with having a lame duck Messi for a year and the inevitable taking of sides by the fans and media. Messi, arguably the GOAT, risks hurting his image and brand by looking disheartened, disinterested, or dare I say it, average, while he plays out his next year in purgatory."

Added Lalas: "Best case scenario, Barca makes changes to leadership, on and off the field, that fuels Messi with a true belief and confidence, reigniting his obvious love and passion for Barca. Worst case, Messi spend a year in purgatory, hurting the image of player and club, and then he moves on for free in a bad breakup – but like a scorned, hurt and vengeful lover."

So, how did we get here? On Aug. 25, days after rumors began to swirl that Messi was looking to exit FCB, the official word came down from the Messi camp.

However, from the jump, there were a plethora of legal hoops to jump through if Messi seeked to secure his exit.

Our FOX Sports Insider Martin Rogers broke down Messi's request and his options moving forward as of last week:

Yet Barcelona was not planning to roll over and lose its franchise centerpiece. Instead, club president Josep Maria Bartomeu took a hardline stance, as did La Liga, refusing to waive Messi's transfer fee.

And so, Messi will stay, as he explained on Friday.

Said Messi: "I'm going to stay at the club because the president told me the only way to leave was to pay the €700m clause, which is impossible, and that the alternative was going to court.

"I would never take Barca to court ever, because it's the club I love."

In addition to the steep transfer fee, Messi also revealed in his interview with Goal that his family was not keen on leaving Spain, further affecting his final decision to remain with the club.

FOX Sports soccer analyst Stu Holden shared his thoughts on Friday's news, saying that he believes this is undoubtedly Messi's final year with his long-time club.

"Messi is staying, for now, with Barcelona and it remains to be seen how this long love story will end. I’m not sure what version of Lionel Messi we will see next season for Barcelona – will it be a disgruntled Messi that will continue to dominate out of spite against the board, or will we see this unify and motivate a team that has underperformed in the last couple seasons?"

Added Holden: "It feels like whatever happens, this will be the last year we see the world’s greatest player in Barcelona, so enjoy it while it lasts – because Messi will move on and Barcelona have a year to figure out what to do next."