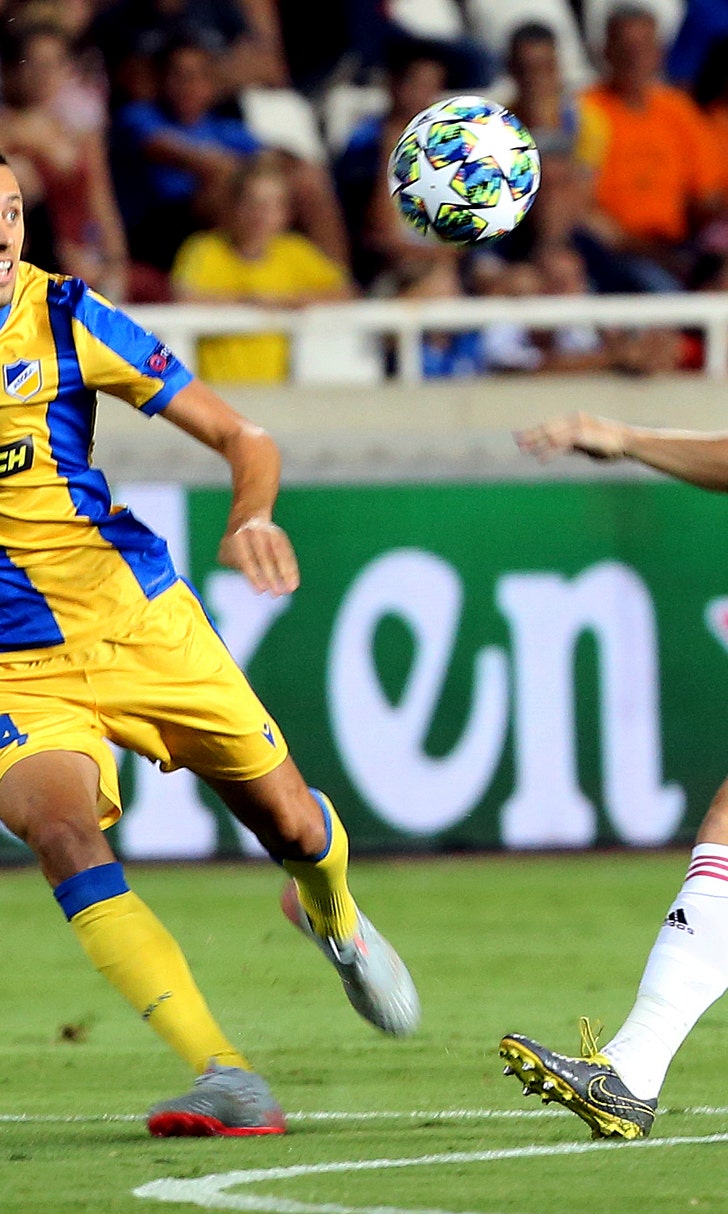 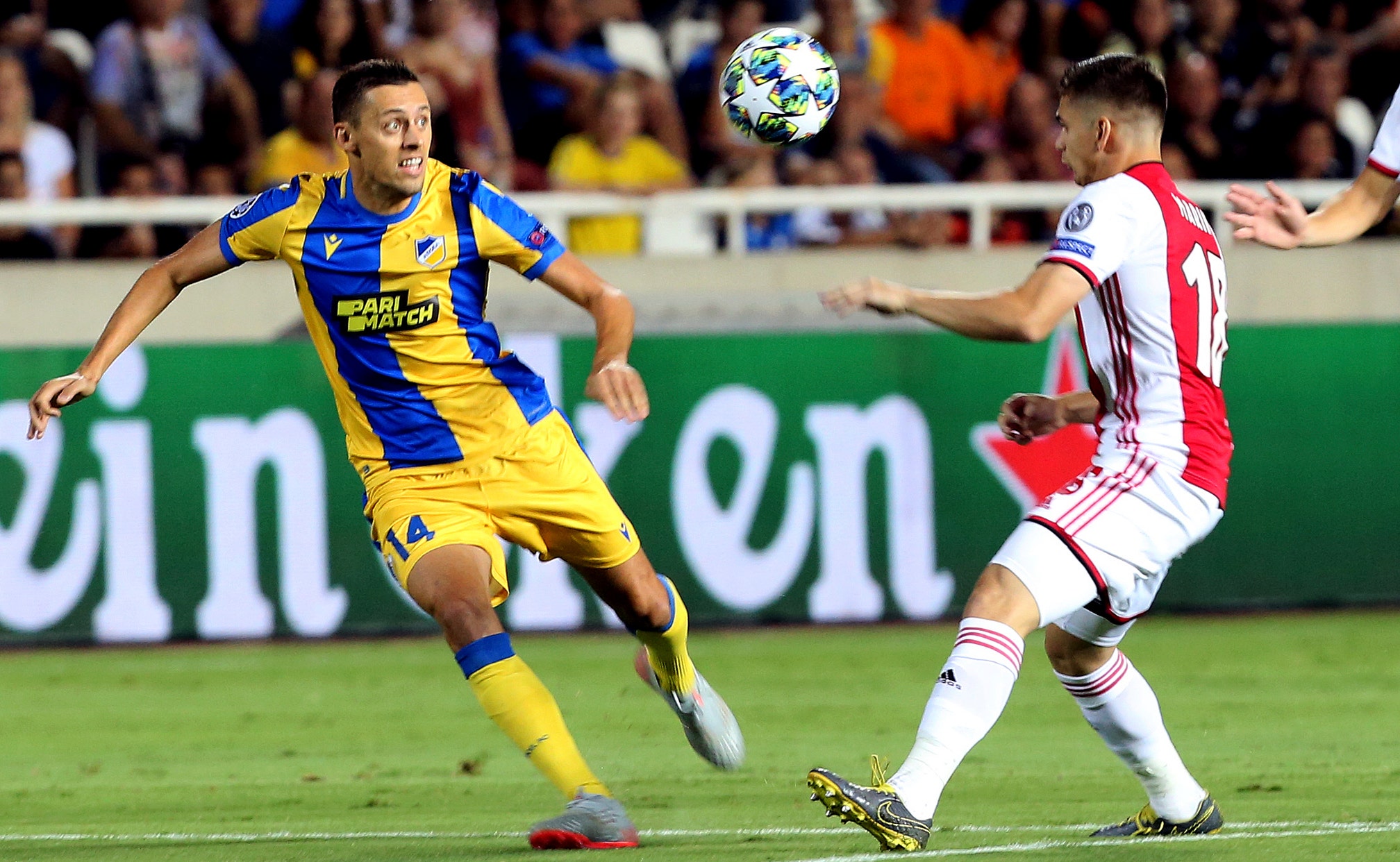 NICOSIA, Cyprus (AP) — Champions League semifinalist Ajax faces a fight to qualify for this season's group stage after drawing at Cypriot team APOEL Nicosia 0-0 in the first leg of their playoff on Tuesday.

Ajax started strongly but APOEL came close to winning the game in the last half hour, with Andrija Pavlovic heading against the bar and Ajax goalkeeper André Onana forced to make excellent saves.

Ajax played the last 10 minutes with 10 men after right back Noussair Mazraoui was sent off in the 80th minute for a second yellow card.

"We gave the ball away too easily and we must improve next week," Ajax forward and captain Dusan Tadic said. "I expect the same compact defensive zone from APOEL in the second game. But we need to play much better in the second leg."

The four-time European champion has to play qualifying because of the relatively low UEFA ranking of the Dutch league, which it won last season. Ajax scraped through the previous round of qualifying, beating Greek side PAOK Thessaloniki 5-4 on aggregate.

Also, Czech club Slavia Prague is on target to reach the group stage for the first time in 12 years after beating CFR Cluj 1-0 away in their first leg. Lukas Masopust scored from a corner in the first half.

Belgium's Brugge won at LASK Linz 1-0 thanks to a penalty from Hans Vanaken, and could play in the group stage for the third time in four seasons if it holds on in the second leg.

All second-leg games are next week.